I’m on the verge of spontaneous combustion right now. 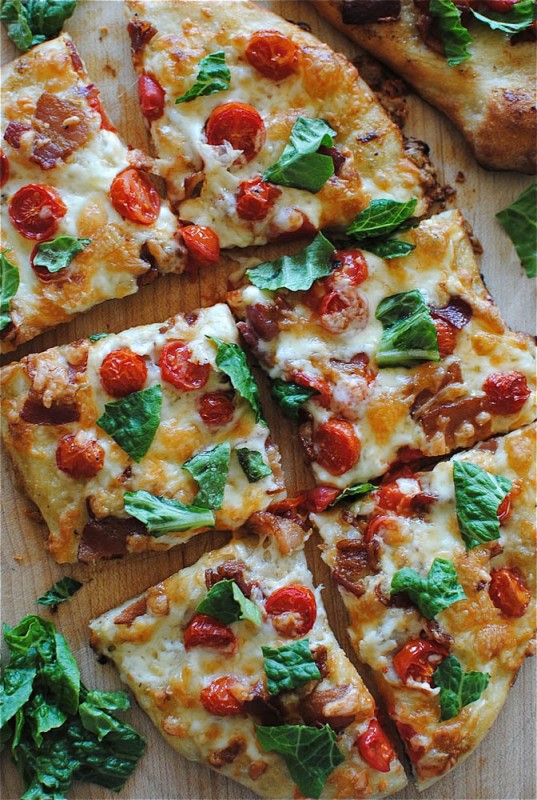 Why yes, I can predict and plan my own spontaneity. That’s one of the perks of being a sanguine Leo/Virgo cusp monster. Of course there are other perks, such as eyes in the back of my head (fine, they’re cross-eyed) and ninja-like shredding paper skills, but we don’t need to go into that right now. We have beer to put in pizza dough. !!!

And let me interrupt myself real quick to address the elephant pizza in the room. Ya huh, it’s pizza #2 this week. I’m OOC, you guys. TCTTC. (someone drag me out to the street for making you read that again.)

After I ‘grammed this pizza I even got a tweet from a reader who told me bevcookspizza.com was available and that maybe I should think about it. Has it really come to this? I hope so. 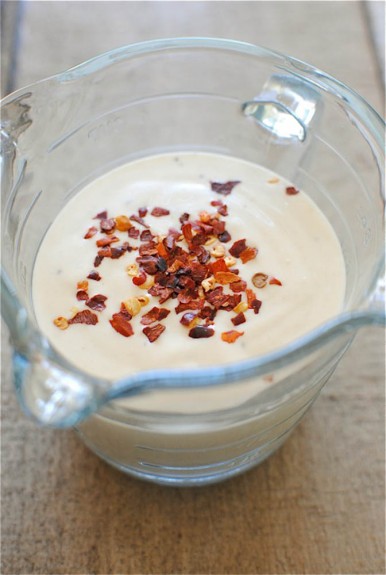 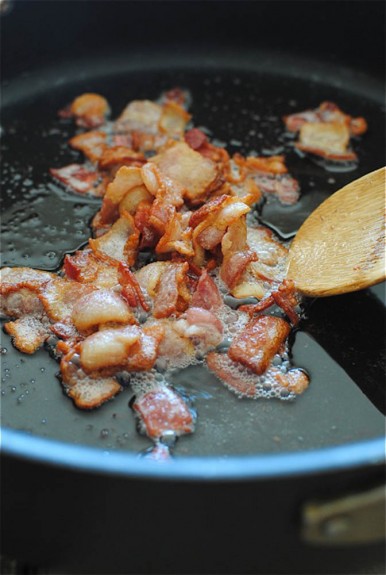 But this crust? Frickin’ craziness. Two reasons; you don’t have to knead it, there’s beer in it, and it bakes on a light coat of oil so it gets super crispy on the bottom. (three, whatever) I almost said “crisptastic” but I refrained because I like human friends.

And as if the crust wasn’t enough to do me in, I topped the whole dern thing with a BLT. Should we take a moment of silence? 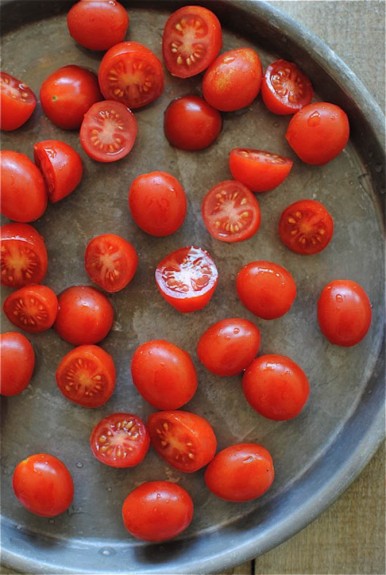 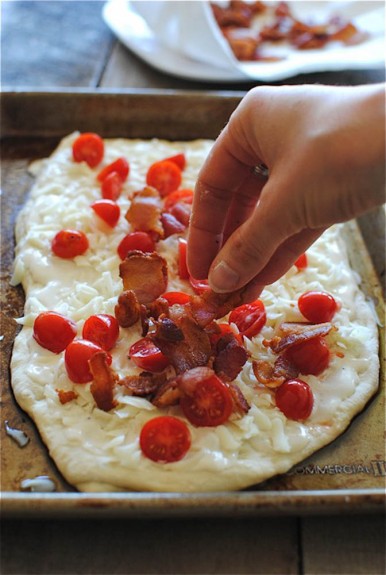 13 buckets of sweet cherry tomatoes, about 82,745 slices of thick center-cut bacon, some good store-bought or restaurant creamy Caesar dressing with a heavy hand of crushed red pepper in it, mozzarella cheese for days, and an f 150 truck bed of freshly torn romaine. I don’t even understand it myself. 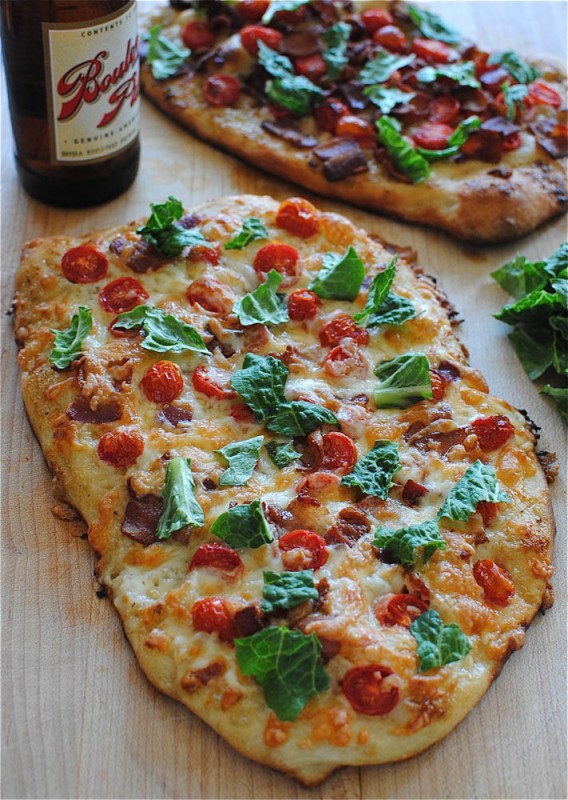 This pizza looks way bigger than what it really was. I didn’t event attempt to eat the whole thing at onc! – okay I’m totally lying. It was enormous and I joyfully ate every last particle. 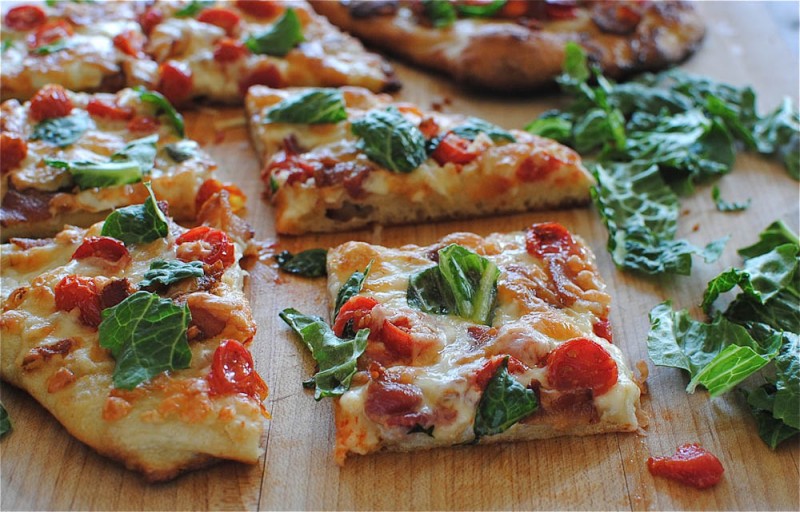 Your weekend basically depends on this.

In a large bowl, combine flour, yeast and salt. Toss to mix. Pour in the beer and water; stir until it becomes a “rough-looking mass”. Those are Rick’s words. I like them. You don’t have to knead or anything! Just cover it and let it rise at room temp until the next day, at least 10 hours. (He used 1/3 cup of beer, but I found I needed a leetle beet mawr.)

Cut the bacon into small chunks and cook in a large skillet until right under crispy, about 7 minutes? You’ll know it. Remove bacon and drain on a few paper towels.

Alright, now take the dough and divide it in half with a pastry cutter. You can leave it as one big pizza as you want! Grab a couple of baking sheets (or one huge one) and drizzle a Tbs. or two of olive oil all over it. Place the dough on the pan and tug and pull and spread and push and tug until it’s a nice looking rustic pizza thang.

Spread the spicy caesar dressing over the dough, followed by a couple handfuls of shredded mozzarella, the tomatoes and bacon, and more cheese. Oh man.

Slide it (them, it, whatever you choose to do) into the oven for abouuuuuut 18 minutes. Rick’s recipe called for 25 minutes, but mine cooked much quicker. Start checking at the 15-minute mark. The dough will seriously sizzle a little since it’s on olive oil. Unbelievable.

Top with fresh romaine, slice and get all up in that. 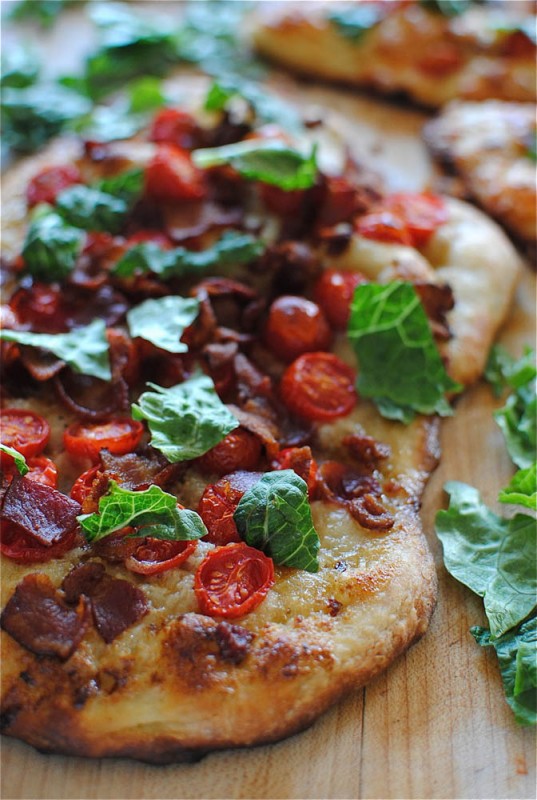