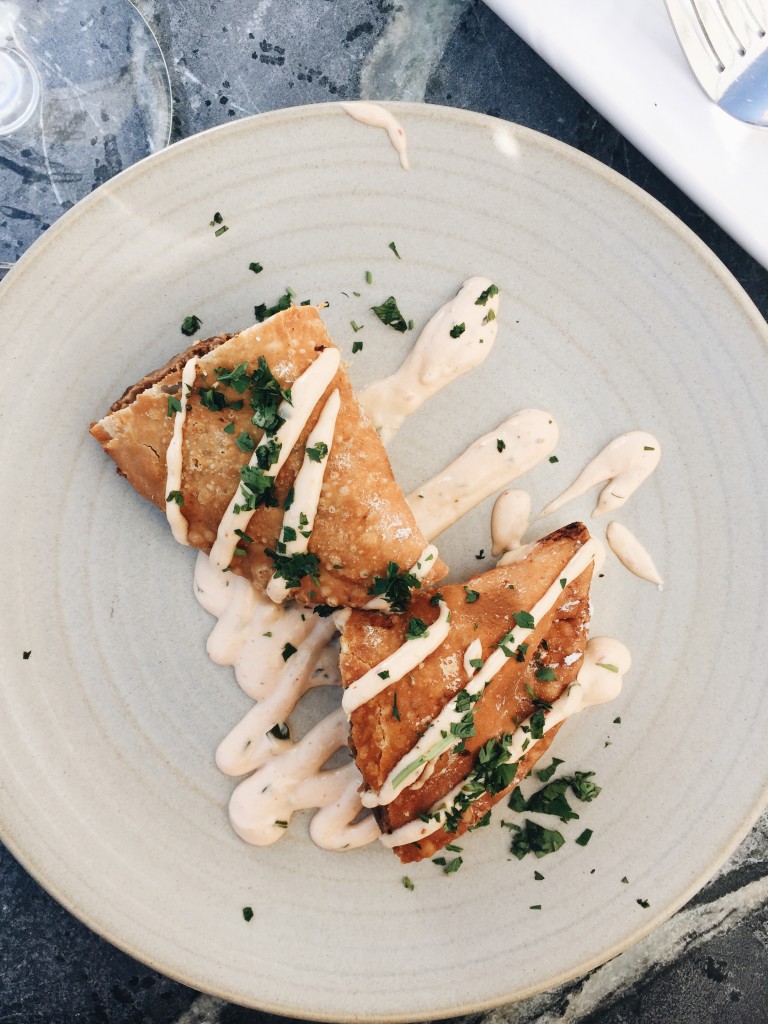 Greetings from Arkansasandia! Doesn’t quite have the same ring, does it?

We’re doing a little summer family-visiting vacay, hence the non-stop bathing suit photos on Insta. Speaking of, have you noticed people are just calling it Insta these days? It started off as Instagram, obviously. Then morphed to “the ‘Gram” for some. Then I thought we’d all pretty much collectively agreed on a simple, clean IG. And now all I hear/read is INSTA INSTA INSTA. Which is fine! You’re still a good person. What do you call it? IG? The ‘Gram? Insta? Instagram? The fiery gates of Time Suck Hell? 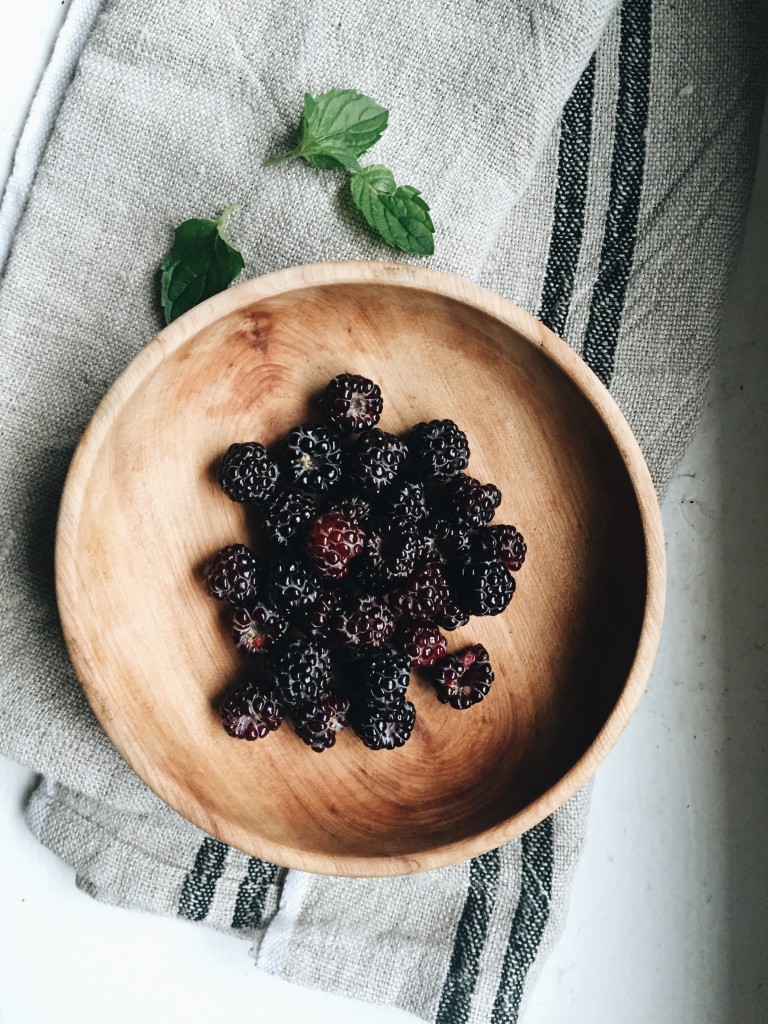 I randomly decided late last night in bed that today’s Flotsam theme would be food. Not that there’s ever been a theme on Flotsam before. But since I’ve been massively lacking in recipes lately, I thought I’d semi make it up to you by showing you what I’ve been munchin’ on the last few weeks. They’ve been some pret.ty.dern. tasty weeks, I can assure you.

That tip-top photo is from my trip to Louisville, KY a few weeks back. When you’re in a city with no toddlers, no husband, no dog, and freshly washed hair, what do you do? I did what any young, warm-blooded American girl would, and found a swanky roof-top bar, sat freely and giddily alone and ate what *I* wanted to eat. And drank what *I* wanted to drink. A phat (<–sorry) sauv blanc, and a crazy delicious short rib empanada with a smoky chipotle drizzle. HOLLA. It was so divine my head exploded. 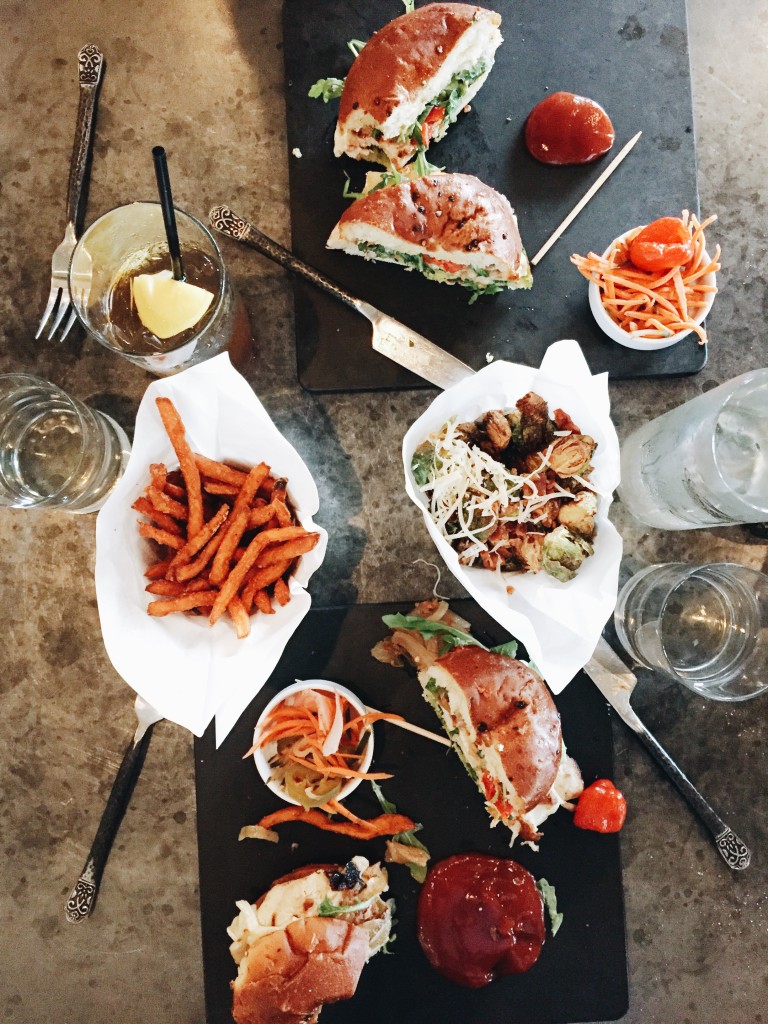 Want to play a game before I get to photo two? Or do you me to tell you about the photo first and then get to the game? Fine, fine. Raspberries from our garden! We’re harvesting so much right now, we have about four jars of raspberry preserves in the fridge and FORGOT TO BRING THEM on our trip to give away. How annoying is that? We also forgot our pack ‘n play, but that’s another nightmare I can’t go into right now.

Okay so the puzzle! (I love games and puzzles) This was on NPR’s Sunday Puzzle last weekend. We religiously (no pun) listen to Sunday Puzzle every week to satiate our inner nerd.

Goes like this: I’ll give you two letters, and a clue. The two letters begin a made-up phrase that rhymes. For instance, if I say N L, with the clue being MOON, you’d say: Night Light. Get it? Make sense? And don’t over think it! Okay, I’ll give you five: two from Will Shortz (the host), and three that Aaron and I made up.

You better at least try! Okay we’ll move on. 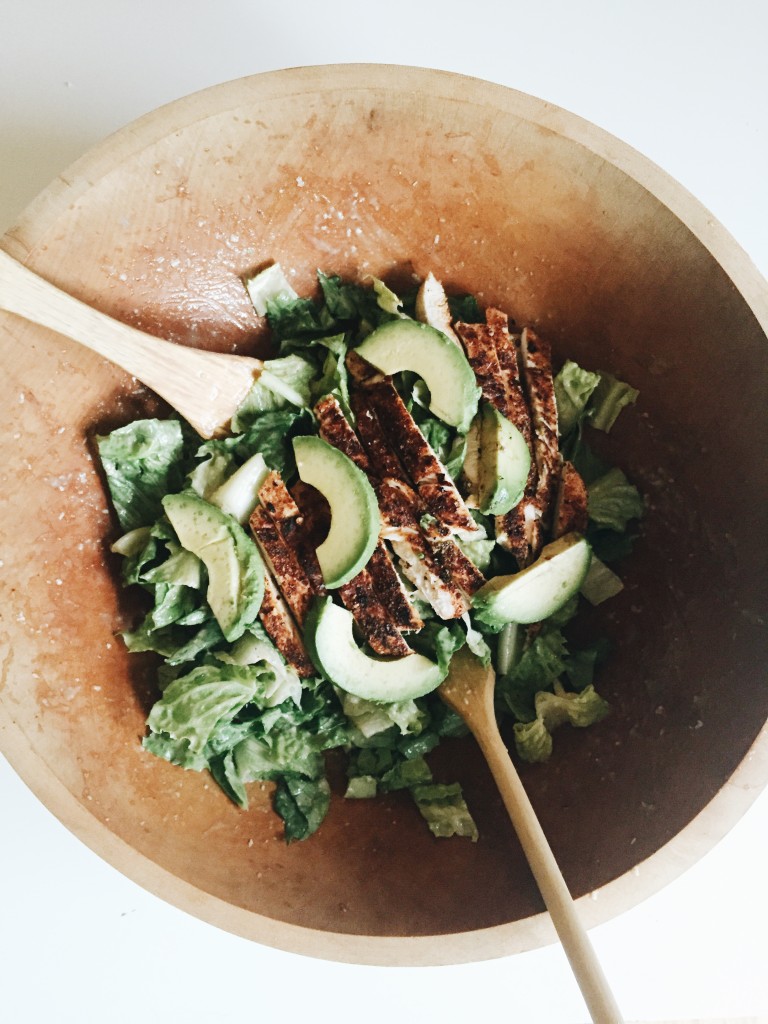 Oh yeah, and that food was from a fave local restaurant with with a fave friend. We both ordered the chicken sandwich with bacon jam, pesto, brie, peppadew, truffle aioli, pickled veggies and arugula, then proceeded to weep for an hour straight.

The salad above! OMG. For a few weeks now our Monday night routine has been Chicken Caesar Salads. It’s just so easy to KNOW what you’re having for dinner on a Monday night. While I make the dressing from scratch and switch up the way we prepare the chicken, it truly is a no-fuss suppah. Lately we’ve been blackening the chicken and adding avocado slices. It. is. divine. Want the recipe? If so, I’ll do an official post on it. If you don’t want the recipe, that’s okay, too. Just don’t tell my self-esteem. 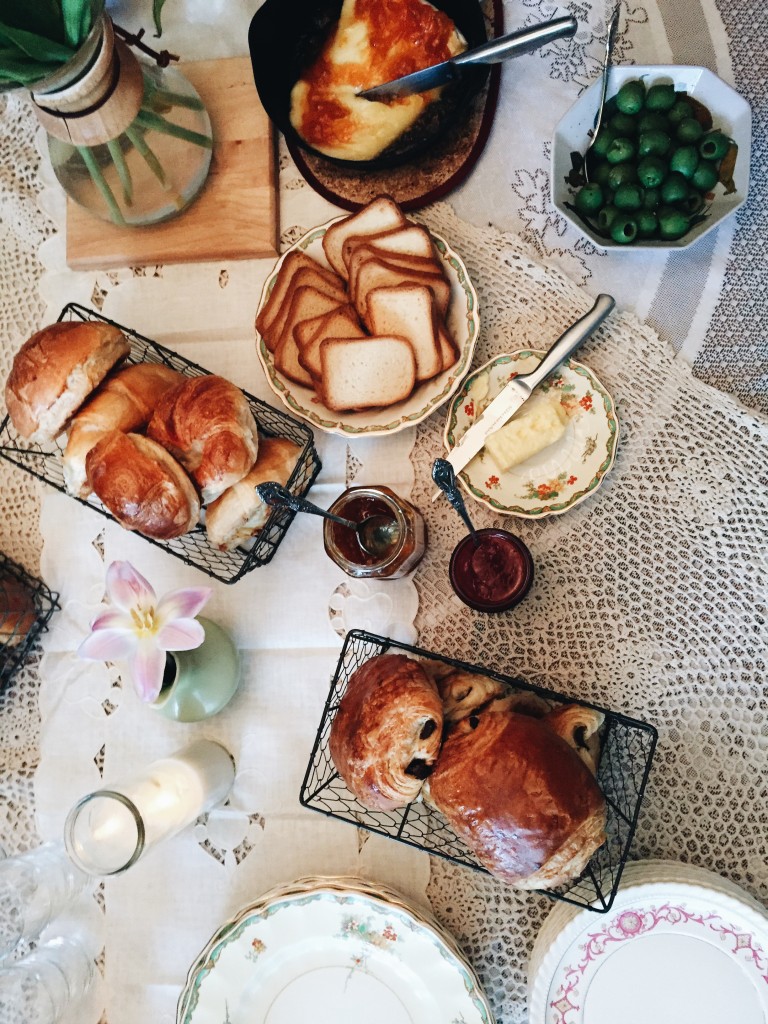 Weekend plans? We’re just popping around the state, visiting an array of family members. Grilling out, swimming, running through sprinklers, eating watermelon, drinking sangria, sucking down chimichurri. It’s basically out of control at this point.

Don’t forgot to hit up the fun Father’s Day giveaway I’ve got going on until next Wednesday! It’s undershirt-licious. (<–gross)

Also (!!!) I’ve got TWO new features I’m going to be introducing to the site in the coming weeks. I’m so stinkin’ excited. I think you’ll LOVE them. They’re not food related, either. OooooOOOOOooo the suspense.

That spread above is from my friend’s lovely baby shower a few weeks ago. She’s due any second! I feel like the entire world is about to have a baby, actually. I have like, thirteen friends all dilated at a 22 right now. They could probably just blow their nose or sneeze to get the job done. Okay this is getting weird.

Seared Steak and Polenta with Chimichurri
Don’t Make Me Call The Hogs.