You know how other bloggers have little “snippets” series on their blogs? I thought that might be a gas in this space (not to be confused with gassy), since a lot of you have requested to see more of my home. But I’m not calling it Snippets because it makes me think of a pile of vasectomies. 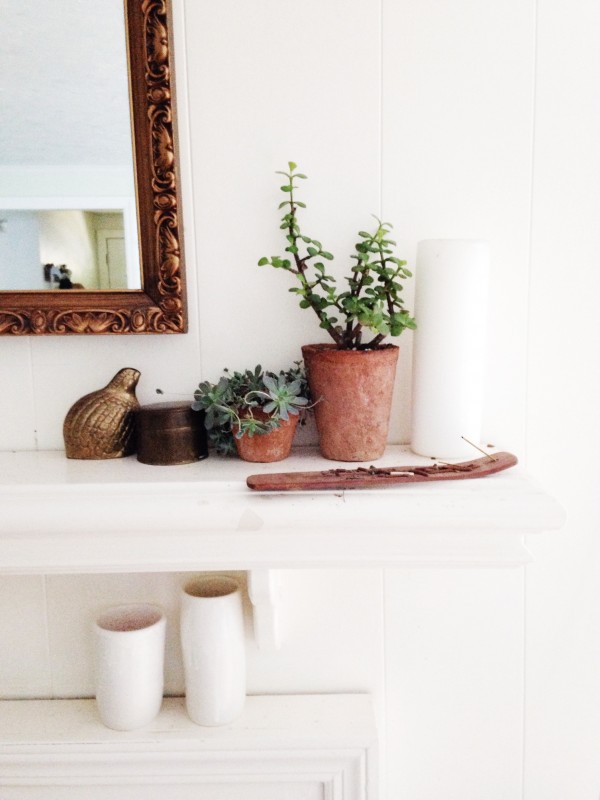 Instead, I’m calling it Snoopits! Like, you’re snooping around my house. But I’m letting you snoop, so it’s not like you’re for real snooping. You’re faux snooping. Sham snooping? I’m already annoyed with myself.

This first edition will cover a few surface areas in my hizz. (<—gross) Counters, coffee tables, shelves. Anything with a surface. Aren’t we having so much fun already?!

The first photo is my fireplace mantel. Succulents in clay pots cover my entire house, but I’m especially drawn to these two. I could actually write an entire Snoopits on indoor plants in pots, but my goal here is to keep you awake and away from hazardous materials.

I’ve burned Nag Champa nearly every.single.day. since my very early 20s. Something about that pungent Indian fragrance has always been so comforting to me and the two nostrils on my face. Makes me feel earthy and peaceful. And better about not washing my hair. Ev. . .ever.

Still though, every time my parents visit, I have to convince my mom that Nag Champa is not burning to “hide the marrijuwanna smell.” 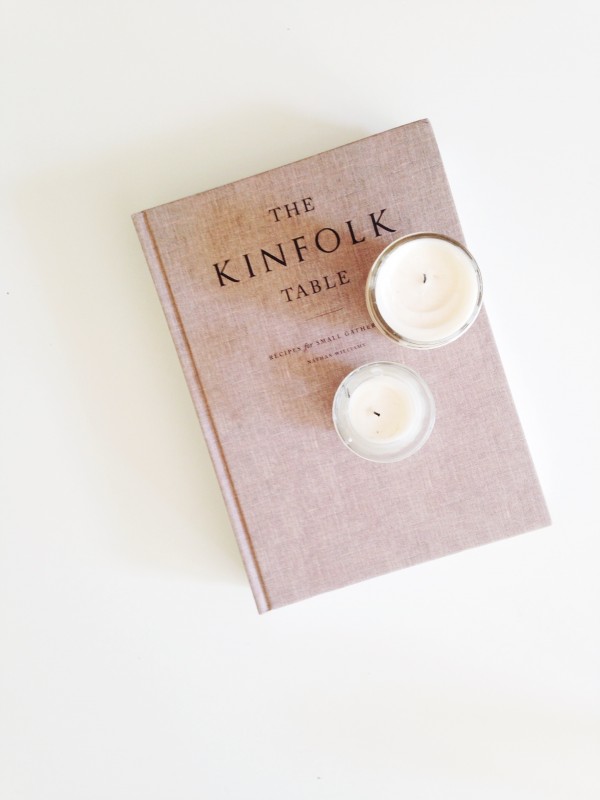 Kinfolk! My bestie actually gave me this official Kinfolk cookbook for my thir*cough*cough*ty*cough*eig*cough*cough*th birthday this past Saturday. I’ve barely had a moment to look through it, but I’m banking on some good snuggle time tonight after the bebes go nigh’ nigh’.

Also, those are my homemade patchouli candles on top of the cookbook. #danghippie

Bitters. Oh gosh. Are you into bitters? Besides being bitter. I’m really getting into them lately. And by lately, I mean when Laura gave them to me on Saturday. I totally dig the idea of dropping tiny medicinal essence bombs into my water, tea, even wine! They’re from Dram Apothecary out of Silver Plume, Colorado. Say all those words out loud real quick. Don’t you feel good about yourself? Didn’t your mouth make some pretty shapes just now? Apothecary. I need to be wearing peasant sleeves, vintage moccasins and holding a prosecco in a mason jar. But with thick, hipster eyeglasses dangling from my lips. Oh oops my glasses fell into the prosecco. Crap the floor is slippery from some prosecco spillage. And I’m face down on the floor. 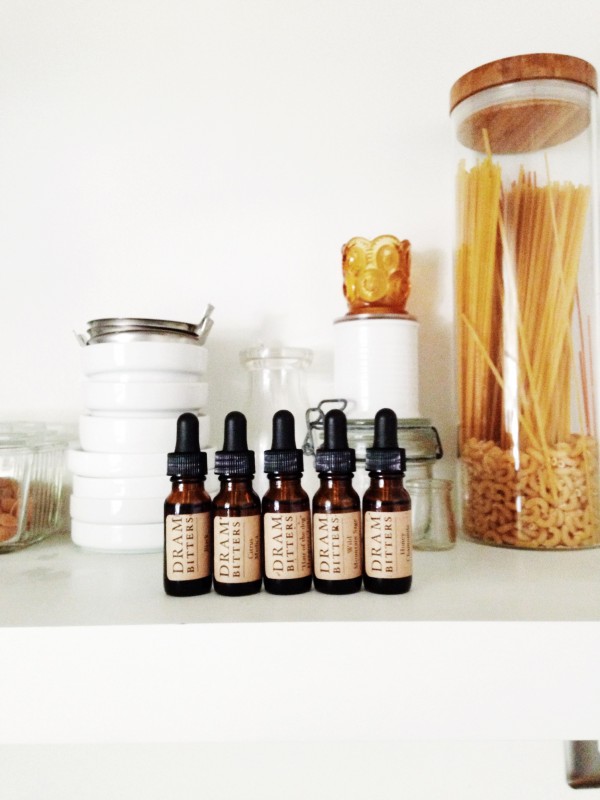 This is another little shelf in my kitchen. I used to be obnoxiously obsessed with Nigella Lawson. Even met her once! I showed her my ultimate classy side by going blind and slobbering on her hand. 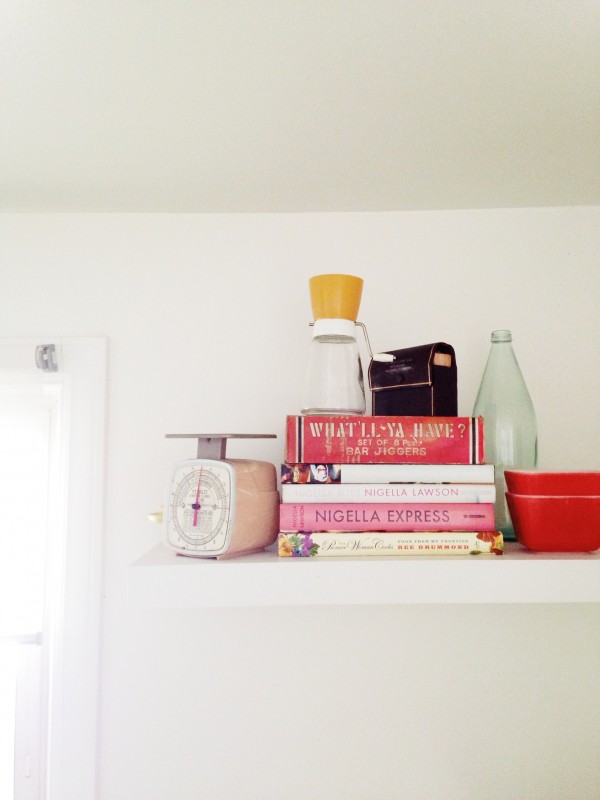 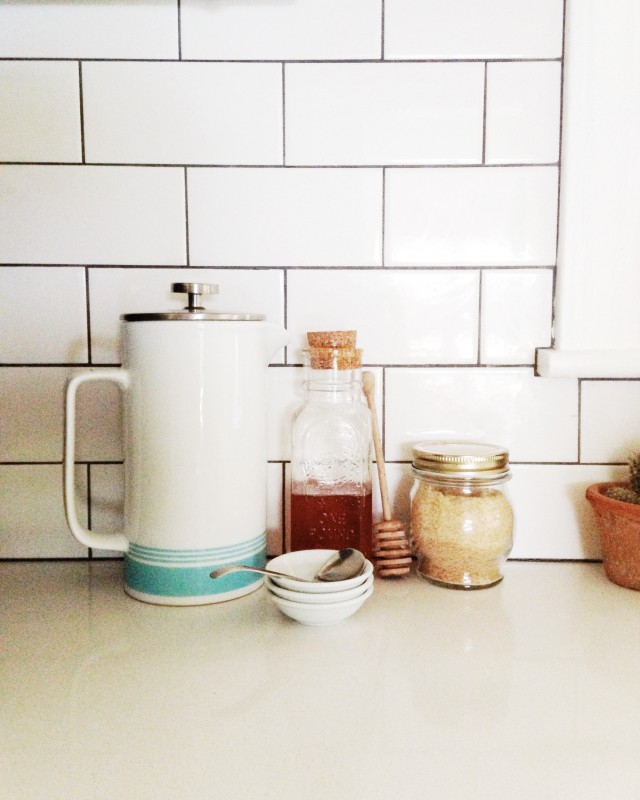 A little peek at my bathroom goodies. We have some orange ginger hand soap, some rosemary lavender hand lotion, some farmer’s market face wash made of different essential oils (combating oil with oil!), some Cowgirl Desert serum, and a little bowl of organic coconut oil. I’ve been using coconut oil as my nighttime face moisturizer, and my ultimate go-to hair serum. Hooooly faces. That ish works. My skin is softer than a naked kitten, my hair shines like that giant kidney bean thing in Chicago, and that hand lotion bottle also says Apothecary. #cautionwetfloor

The wooden teething sticks aren’t normally a part of my bathroom routine. They were in the bathroom because when I was changing Nat’s dark angel diaper, she decided to dredge the sticks through her poop.

Sorry I just ruined your life. 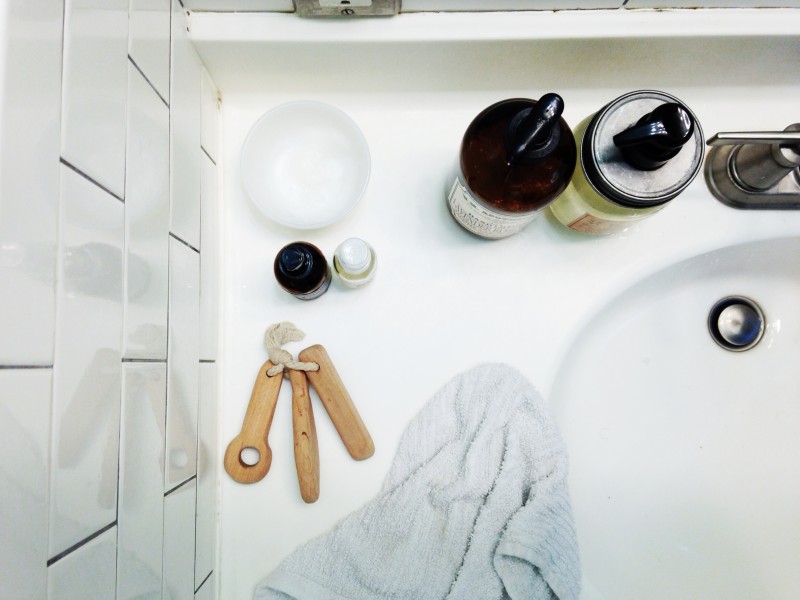 Tiny little corner in the nursery. We have a terrifying cat thing that I bought after two beers, a brush from my dad’s childhood (which reminds me, I should probably take it out of Natalie’s mouth so I can check for lice), some wooden blocks, thrifted books, wooden toys, and a little poem about twins running errands. Which by the way, isn’t seven months about the time they start washing the car? 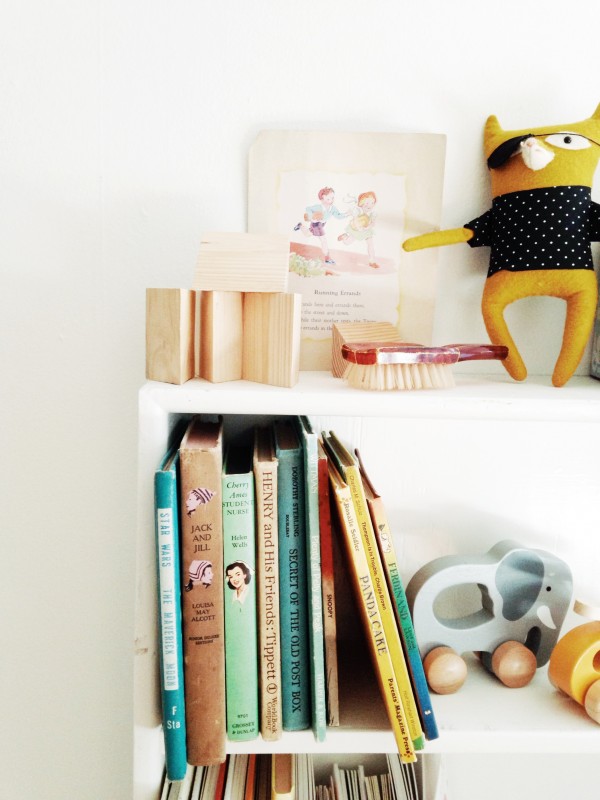 The last little surface area I’ll show ya is the bottom of a shelf! I have no idea why I put an exclamation point at the end of that sentence.

Right after the grems were born, I put a bunch of little colorful owl stickers on the bottom of the “pretty-smelling-things” shelf, which sits right above the “omg-let-me-die-smelling-things” changing table. And it really works! They get trancy pants focused on the owls, studying the shapes and colors. I’ll often lean down to their little sweet faces and ask, “What color is that owl? Red? Is it a red owl? WRONG, DUMMY. It’s blue. I love you.” 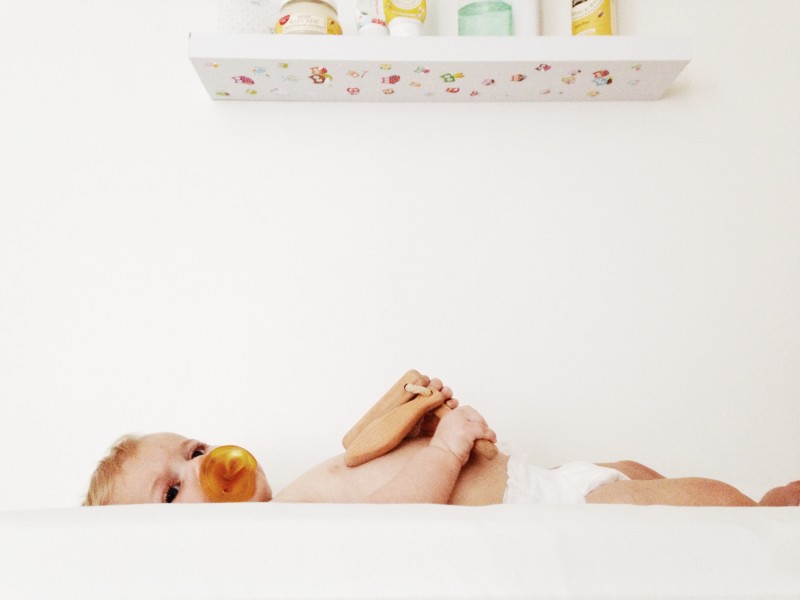 Snoop, there it is.

49 Responses to Snoopits: The Surface Edition