So have you heard about this one-pan pasta craze? 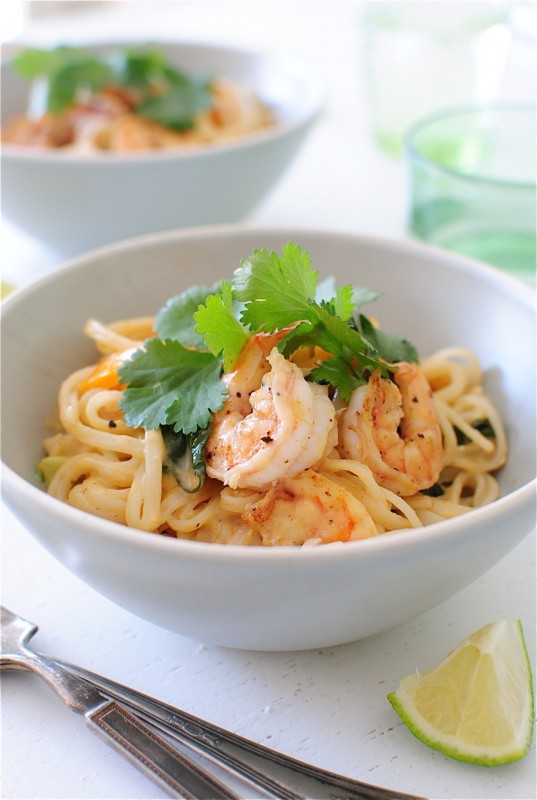 WHY did I just do that. I’ve been doing so well. 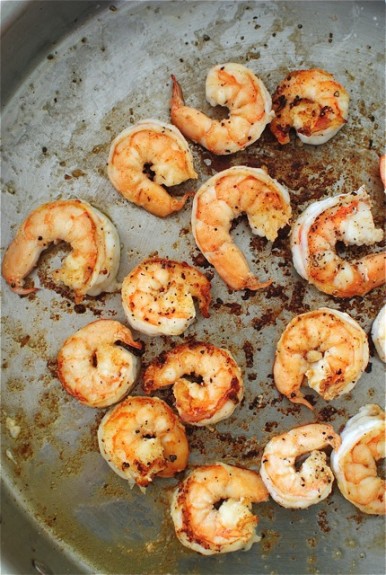 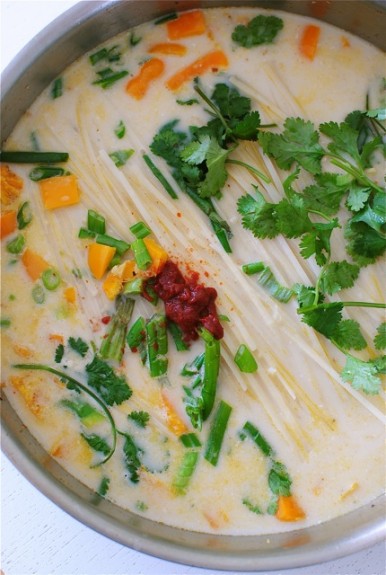 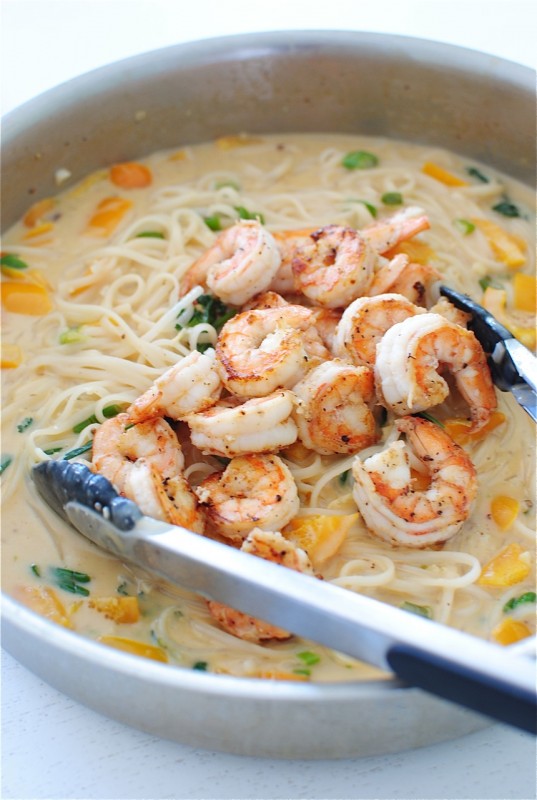 So I made my own version. A Thai version. Kind of. Even though there’s no Thai curry paste in it. But you should add some! I had planned on adding some but then World War Three happened in one of my babies’ diapers, so I had to gear up and head to the front lines.

I have yet to recover.

Are you mad that I keep talking about dirty diapers above and below photos of silky noodles? Is this a deal breaker for us? It’s not like I’m describing what’s IN the diap – okay I’m getting the wrap-it-up red light from the back. 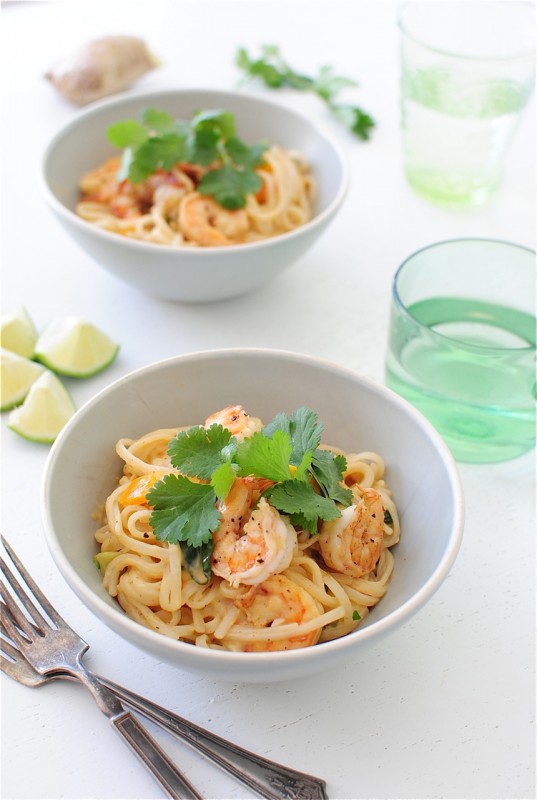 What it took for 2 HUGE bowls. Or 4 smaller ones. Or whatever:

Heat the oils in a large straight-sided pan over medium-high. Add the shrimp, season with salt and pepper and sear on both sides until you get a nice sear, about 5 minutes total. Remove from pan and set aside.

Back in the pan, add more oil if needed and toss in the garlic, ginger and bell pepper. Sauté for one minute, then add the coconut milk, stock, noodles, fish sauce, sriracha sauce, cilantro and scallions. Bring to a boil, reduce heat and let simmer until noodles cook through, about 5 minutes.

Take off the heat and add a few big squeezes of lime juice. Now taste that. UGH. Need anything? Add a little salt if you want. More lime juice? Yes.

Stir the shrimp back in and toss to combine.

Serve with more cilantro on top! 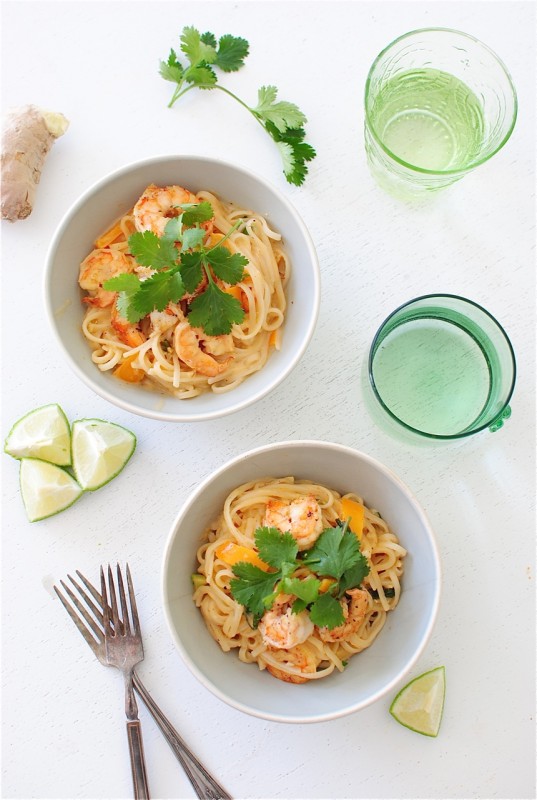