There comes a moment in everyone’s life when you realize sandwiches for dinner are the only way to live. 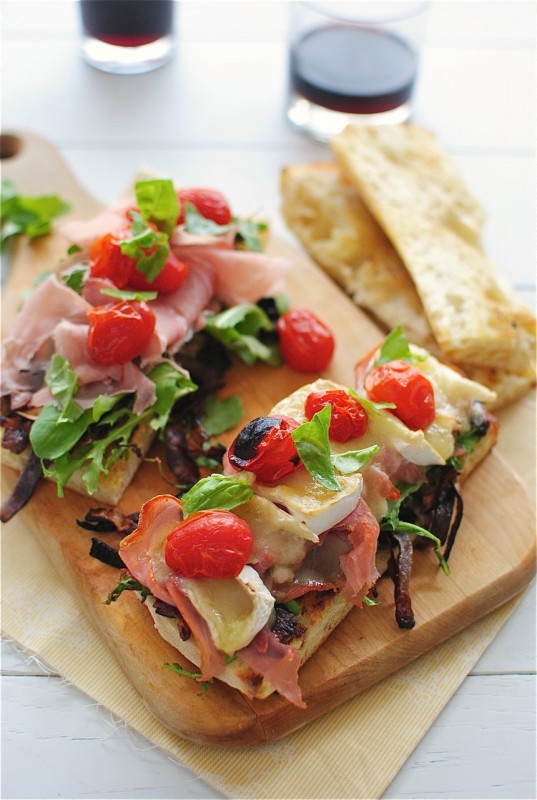 Especially on nights when there’s no other way to cradle your mangled soul after finding out the whole Friends thing is a hoax. We’ve been HAD.

But enough about that. We have melted brie to attend to.

This combo of ingredientso is pretty commono in sandwich lando. (you want to punch me in the face-o.)

It’s a true known fact that caramelized onions are the basis to everything meaningful in this world.* However, don’t do what I did and get impatient with the little boogers and get them crispy. You want them nice and sloppy and candy-licious. And I’m sorry about using the words boogers and sloppy to describe your food. I’m bad at blogging. 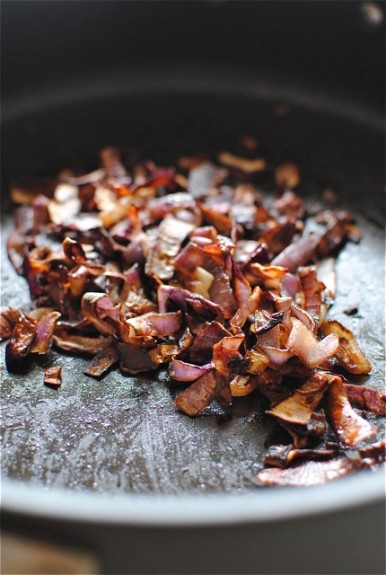 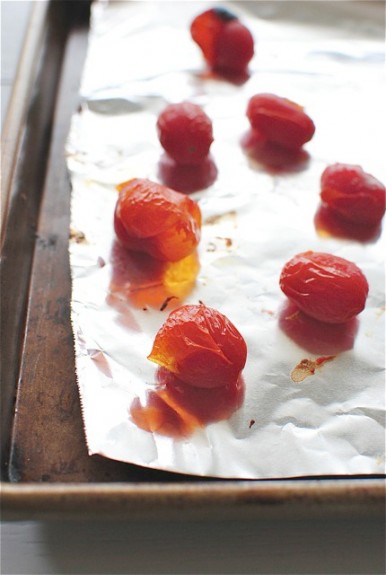 It’s also a true known fact that broiled cherry tomatoes build a strong self-esteem, endless confidence and knowledge in your brain to make solid decisions as you go about your days in this scary world.*

It’s also another true known fact that thinly sliced prosciutto has a hidden superhero nutrient in it that leaves your hair soft and silky, and your skin creamy, rosy and flawless.*

It’s ALSO another true known fact that enormo wedges of brie help build powers like X-ray vision, levitation and becoming invisible when you drop your wine glass at a party.* 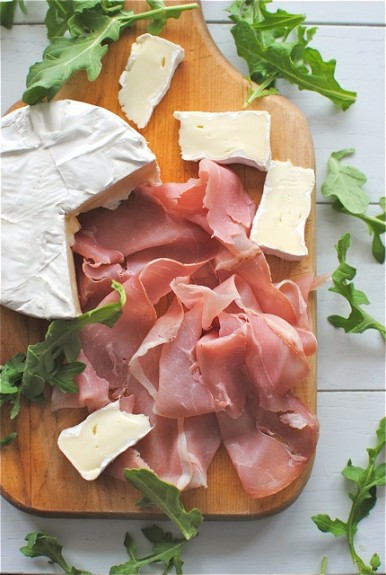 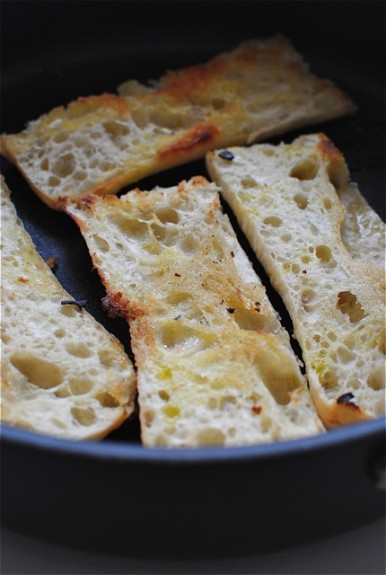 I would like to strongly urge you in the direction of this sandwich, right here, right now. 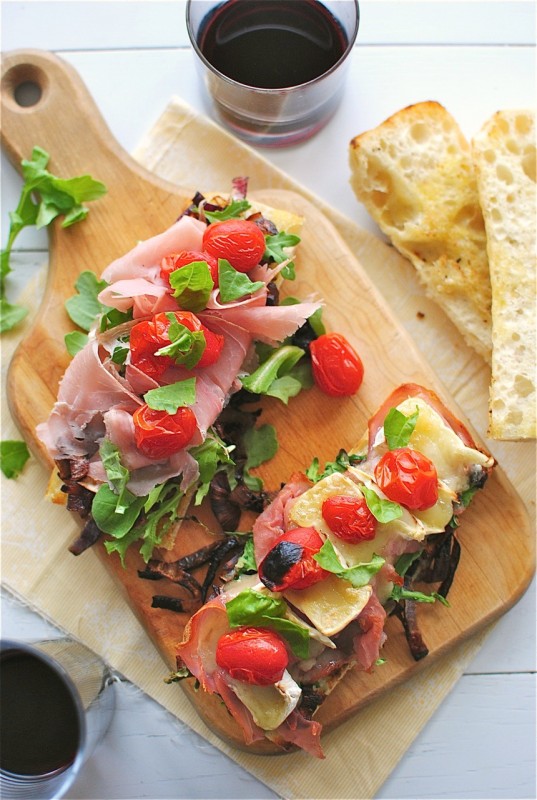 Your mouth will bow to your face for years to come. 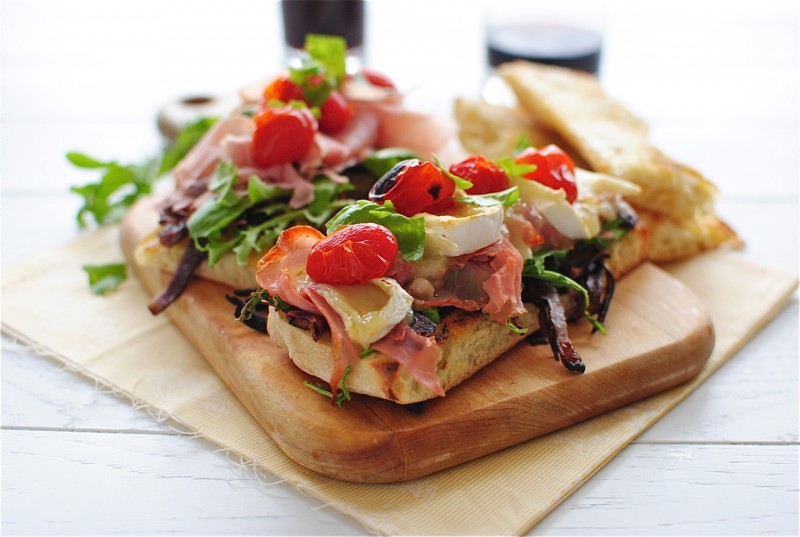 What it took for 2 sandwiches:

Add the sliced onions and 1 Tbs. oil to a large sauté pan and cook on low for about an hour, maybe longer, until they’re nice and caramelized. I got a little impatient with mine and they got crispier than planned. It’s okay though. I’m still a good person.

Place the tomatoes on a little foil on a rimmed baking sheet. Stick them under your broiler for a few minutes until they start to wilt and split slightly. Then start a band called the Wilt and Splits.

Leave the broiler on because we’ll use it again in a sec!

Brush the remaining oil over the ciabatta bread and lightly toast (either under the broiler, but keep an eye on it! Or in a toaster. Your pick.)

Then you arrange. Layer one half of the bread with onions, arugula, prosciutto strips and brie wedges.

Now, stick the sammies back under the broiler just for a few minutes, until the brie starts to melt and become so glorious you want to punch it.

Finally, arrange the tomatoes back on the sammies and serve. her. up.

I put a little basil on mine and it was deevawn. 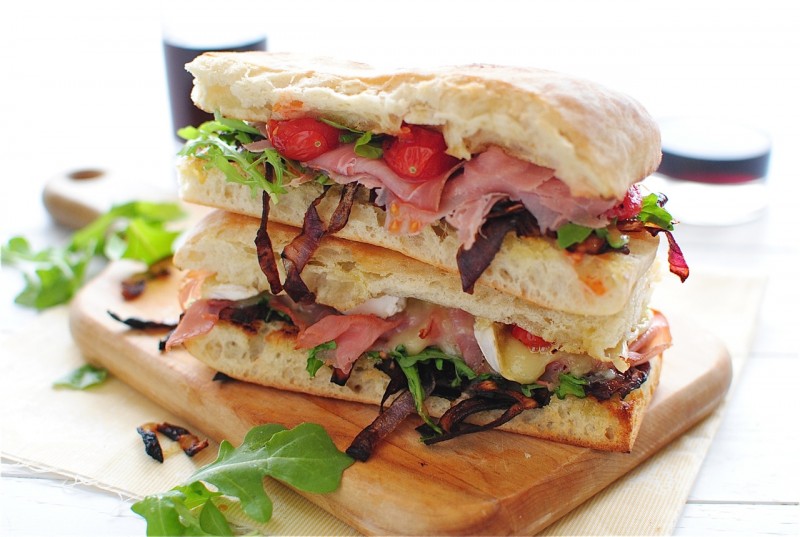 *don’t quote me on that.