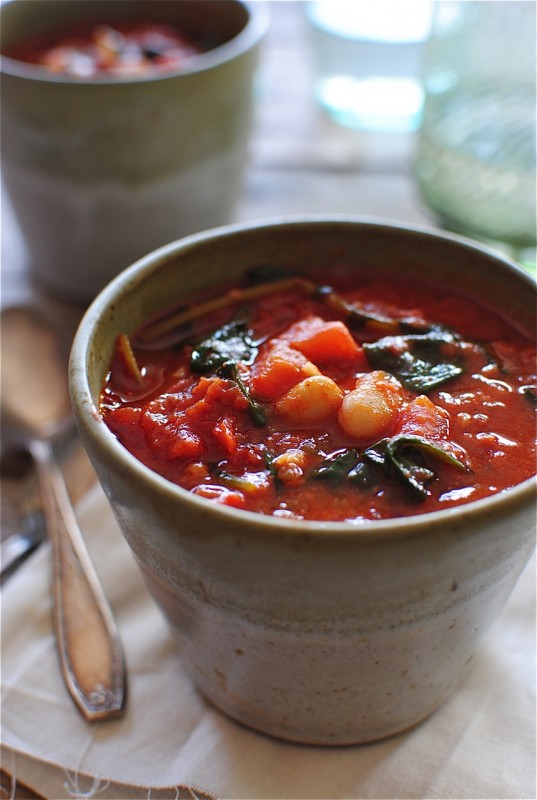 Oh I ain’t dissin’ the soup. I’m dissin’ March for being such a stupid tease jerk face. Last Friday our high was 78. SEVENTY EIGHT. It was bliss. I was outdoors, pulling leaves and dead stuff out of the garden beds, installing a brand new patio umbrella, tra la la la-ing, sportin’ one of my 56 trillion black tank tops, future lookin’ so bright, so tight.

And now we’re left staring the next few days in the face with nothing but snow and rain and slush and WHAT DID I EVER DO TO DESERVE THIS, MUTHUH NAY NAY?

That’s code for Mother Nature. Muthuh Nay Nay. That’s what I call her.

You want to punch me, don’t you? 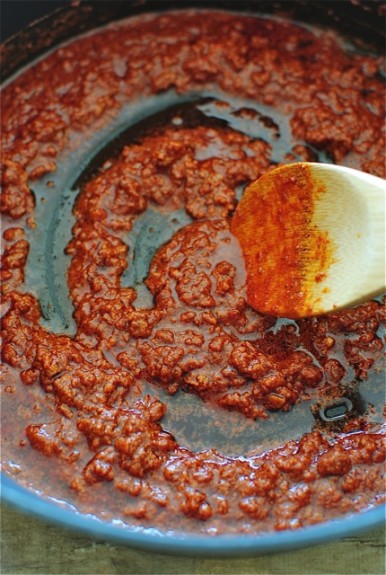 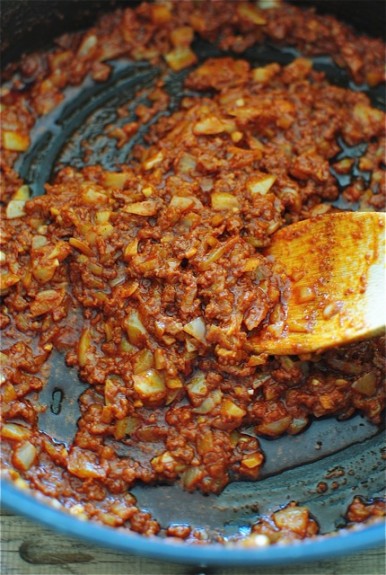 In difficult times like these, I find it’s most comforting to turn to chorizo. Specifically, chorizo in soup. Smoked paprika on the chorizo in the soup. With creamy cannellini beans, mountains of spinach and kale, oceans of fire-roasted tomatoes, and a trough of smoked paprika.

Oh wait I already said that. 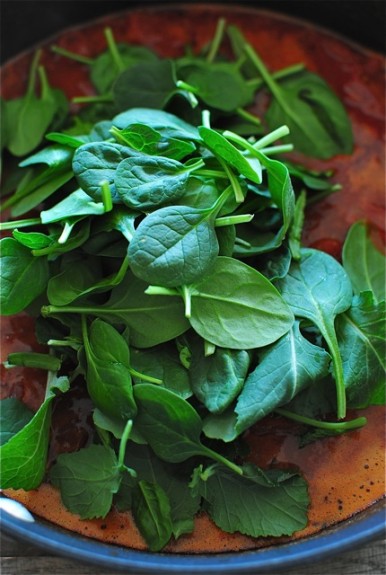 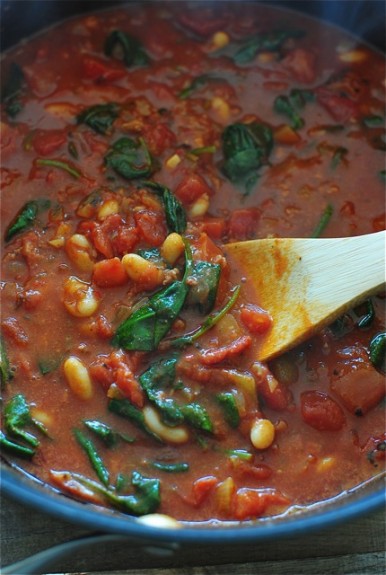 I know many of you ACROSS THE REGION (that’s what they say on the TV), are also experiencing this wonk-a-lonk piece of *@&$^ weather entering #%$& spring for *#$%^ sake, and I want you to know that I care. I’m here. With soup. 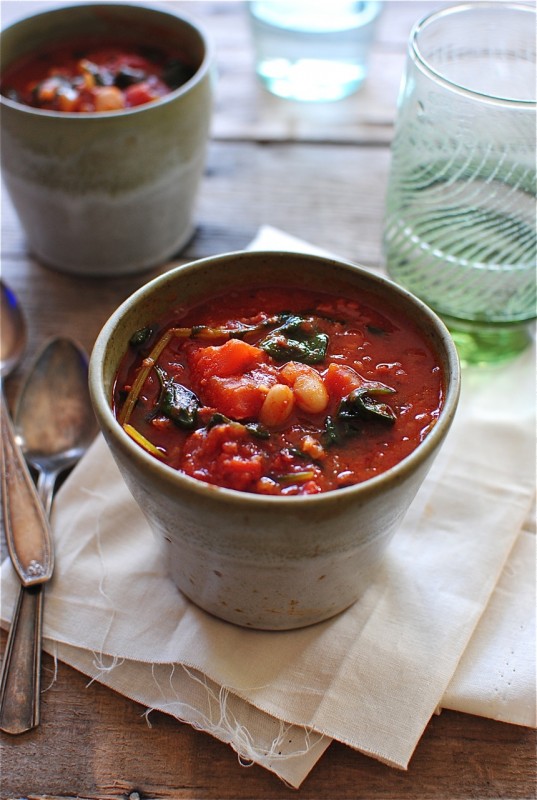 The chorizo in this? It’s the Mexican kind. The kind that squeezes out of the tube and cooks down like hard-core seasoned ground beef. It’s obscene. Just incredible.

And also, there’s smoked paprika in the soup. Why yes this is the third time I’m saying this. 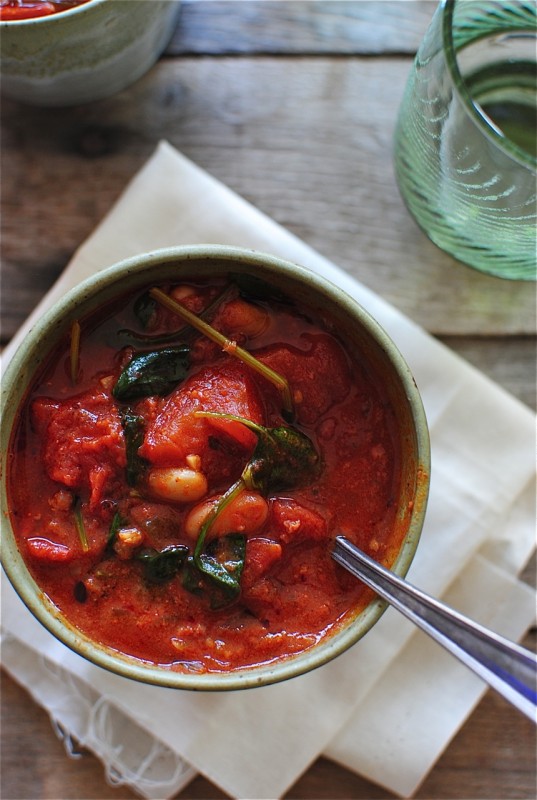 Yeah I can handle this.

Bring a large pot to a medium heat. Add the chorizo and cook, breaking up with a wooden spoon, until soft and cooked through, about 5 minutes.

Add the onions and sauté 4 minutes, or until they start to soften. Add the garlic and bloom for 30 seconds. Add the smoked paprika and stir around to combine. Smell that. Stupid good, huh?

Then add the tomatoes, beans and broth to the pot. Bring to a boil, reduce heat and simmer 15 minutes. Taste it. Go ahead and season it now with some salt and pepper. However much it needs. That chorizo has so much flavor already, you’ll probably only need a leetie beetie.

Ladle and serve with some crusty bread and a nice little green salad! Garnish with basil, cilantro, parsley, anything goes. I just forgot because my hair was on fire. 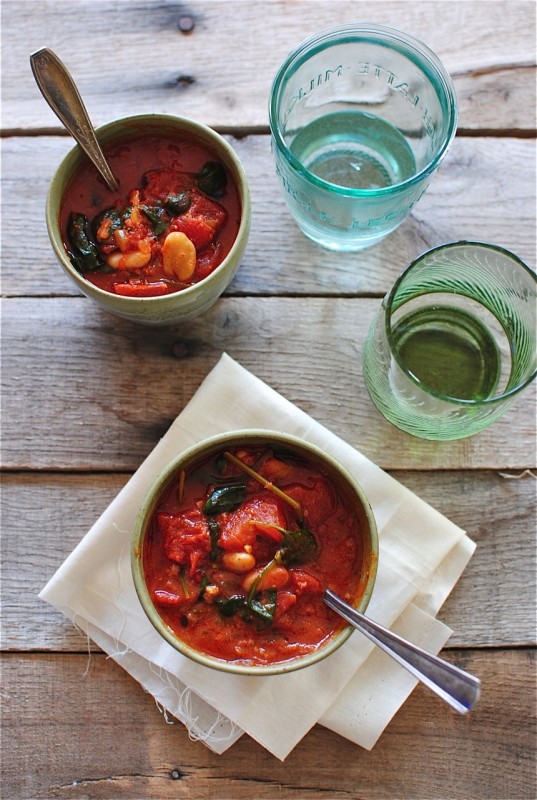