Remember the scene in Sex and The City where the girls go to that new restaurant called Raw and Miranda was all, “This is like lawn in a bowl.”? 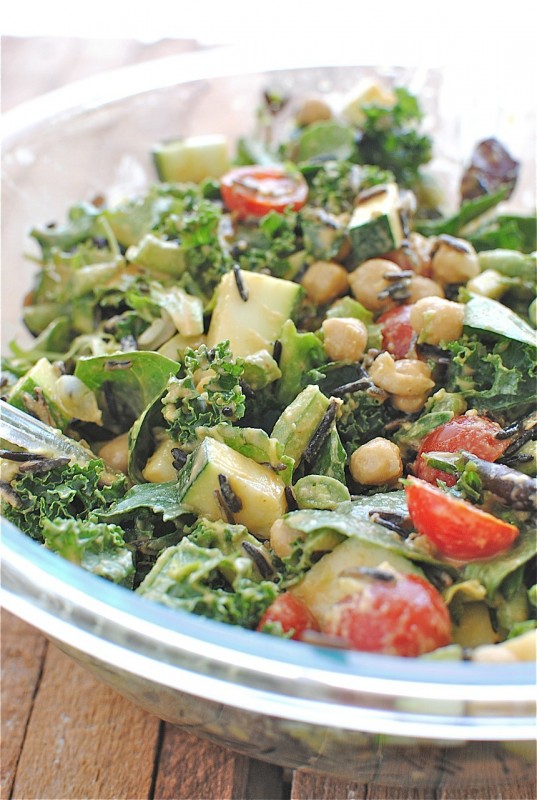 Yeah, see you’re not gonna say that here. (Unless you want to because omg it was hilarious.)

And remember in another scene when Samantha goes back to the restaurant and tries to out-stay another competitive lady customer for the chance to go home with the irresistible waiter Smith Jerrod and his awesome/borderline annoying surfer blonde hair? 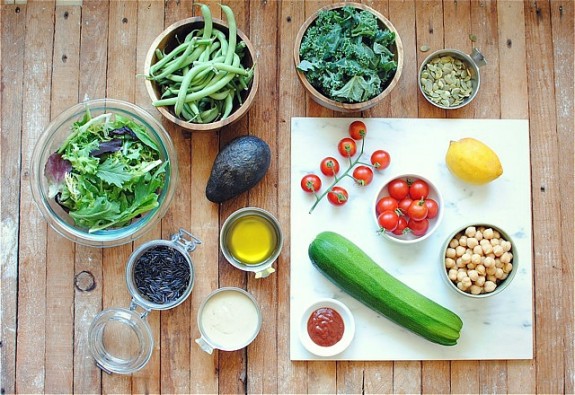 Yeah, see you don’t have to do that here. Unless you want to. IN YOUR MIIIIIEEEEENDDD.

And remember that other scene where Big tells Carrie he’s going to be moving to Napa Valley because he’s tired of old New York and she goes, “Well if you’re tired you take a napa, you don’t move to Napa.”

And OHHHH! Remember the scene where the girls are at the bar down the street from Big and Natasha’s engagement party and Carrie is figuring out the differences between herself and Natasha by referencing characters in the classic Barbra Streisand/Robert Redford film, The Way We Were, and they start singing (loudly) and acting out the scenes (like, full-on gestures) and they get louder and more obnoxious by the second and everyone around them wants to punch them in the face?

THAAAAAAAAAT right there pretty much sums up my entire essence in life. I’d like to take this moment to formally apologize to anyone who has ever been around me. Ever. 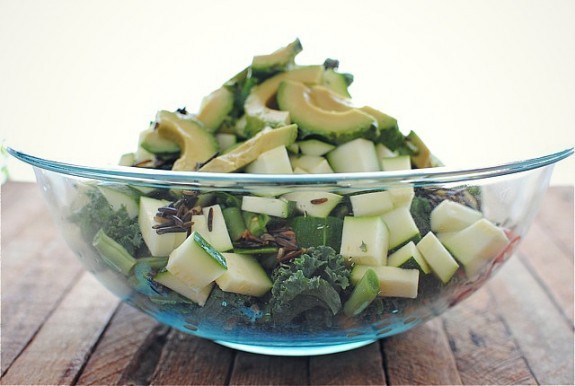 Raw salad! Okay so actually, this is 98% raw. The only thing cooked is the wild rice. Which you can totally leave raw if you have great dental insurance.

I made this one day when I was feeling super stabby about the heat. I picked a bunch of garden birthage, chopped it all up and tossed it with raw kale, mixed greens, chickpeas and rice.

And then to finish, just some lightly toasted pepitas, foooor the win. 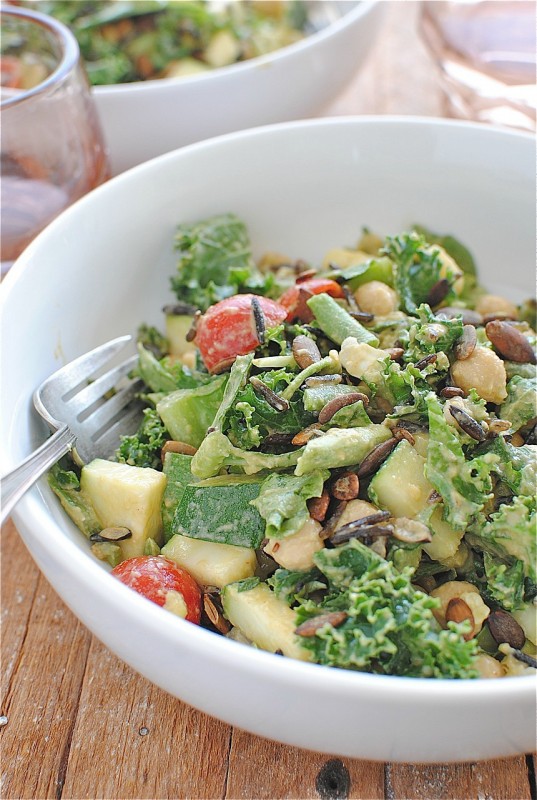 The crunch. The freshness. The hint of spice. The nuttiness from the wild rice. I’m not kidding when I say that every time I ate this salad, I grew a cape and flew around the room. 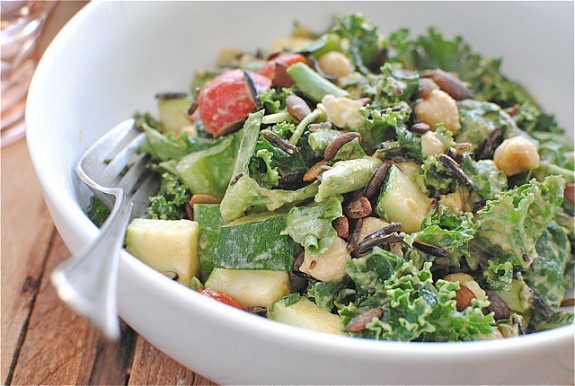 Cook the rice in a rice cooker or your favorite stovetop method.

In a small bowl, whisk together the tahini, olive oil, half the lemon juice, sriracha sauce and water. Season with salt and pepper. Taste it. Add more sriracha if you like the heat! And if it’s too thick, add a little more water.

Add the tahini/sriracha dressing to the salad and toss to thoroughly coat. Maybe sprinkle a little salt over the whole mess.

Divide up among plates and garnish with toasted pepitas and the more lemon slices.