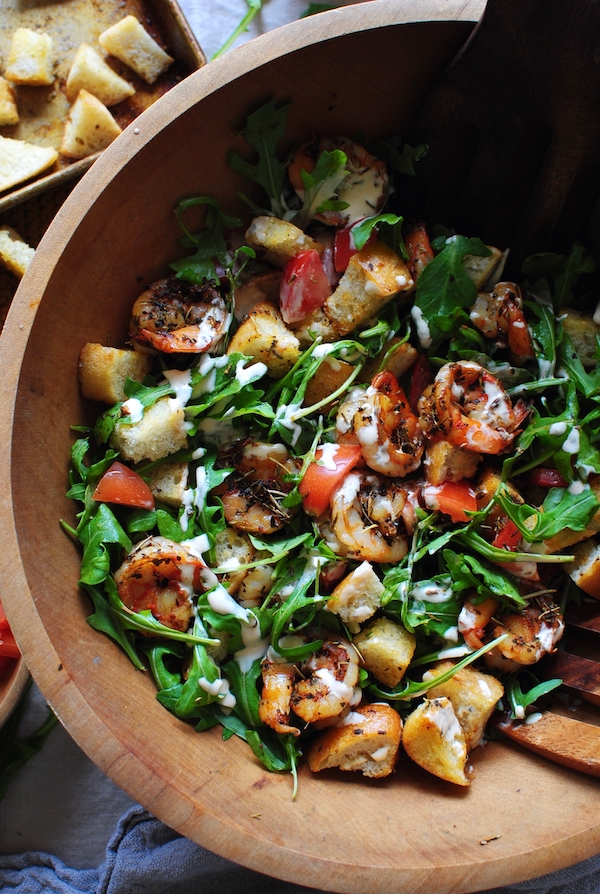 Do you salad night? I say it like it’s a verb. But it is.

We salad night once or twice a week, normally on Monday nights. I’ve been trying to jazz it up lately (don’t tell anyone I just said jazz it up), as we usually make a few variations of Chicken Caesars from scratch. And they’re great and all! But I just need moooooreeaaaaa.

Remember that one episode in Felicity when Sean was trying to invent Shrimp yogurt? And Megan was like, “THAT’S A HORRIBLE IDEA. SHRIMP IS HIGH IN CHOLESTEROL AND IS THE DUCK OF THE SEA.”

And Sean’s like, “THAT’S NOT TRUE. SHRIMP HAS BOTH KINDS OF CHOLESTEROL, THE GOOD AND THE BAD.” Only he didn’t yell it like I am right now.

My point is, aren’t you so glad this isn’t shrimp yogurt? 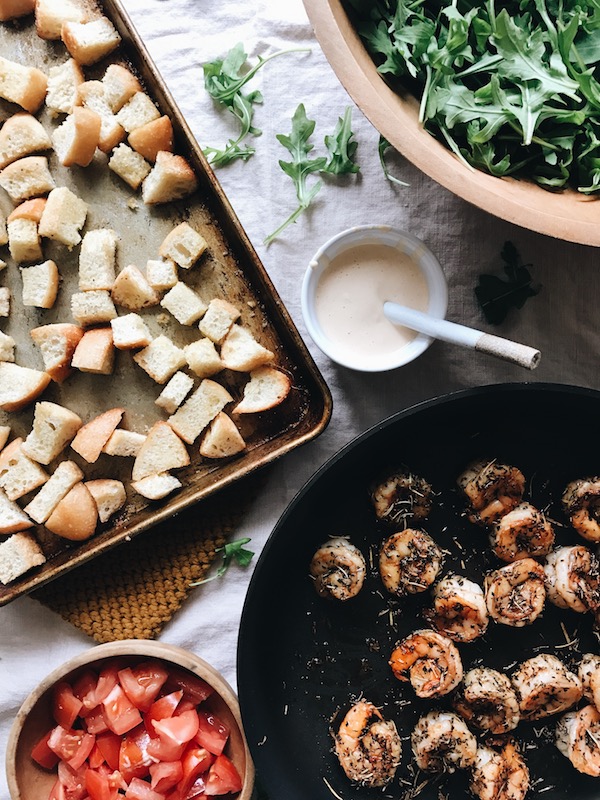 This salad. It’s basically a rip off of the Shrimp Po’ Boy recipe I posted 19453425 years ago. Only it’s slightly more stripped-down and deconstructed, which should make your faces happy.

AND – you can control your carb intake a little more with this salad version, instead of shoving an entire sandwich in your head. Which is what I personally prefer, but that’s neither hither nor nither.

You’ll make a crazy-easy spicy dressing to drizzle on the salad and your entire body. (all the yays!) 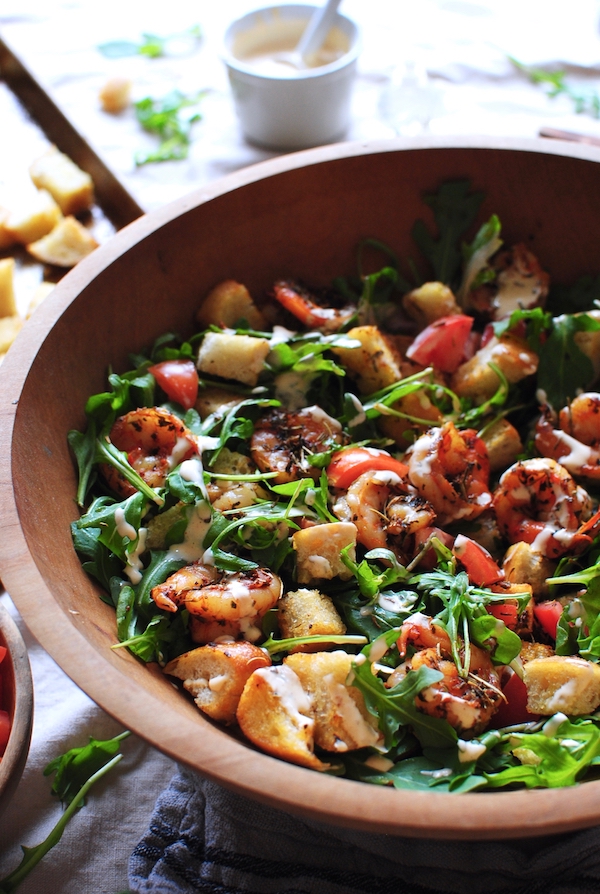 And then you’ll toss it all with a bunk ton of arugula. If you’re not into the peppery essence of arugula, you’re still a good person. Just swap in some crunchy romaine or even some tender baby spinach. 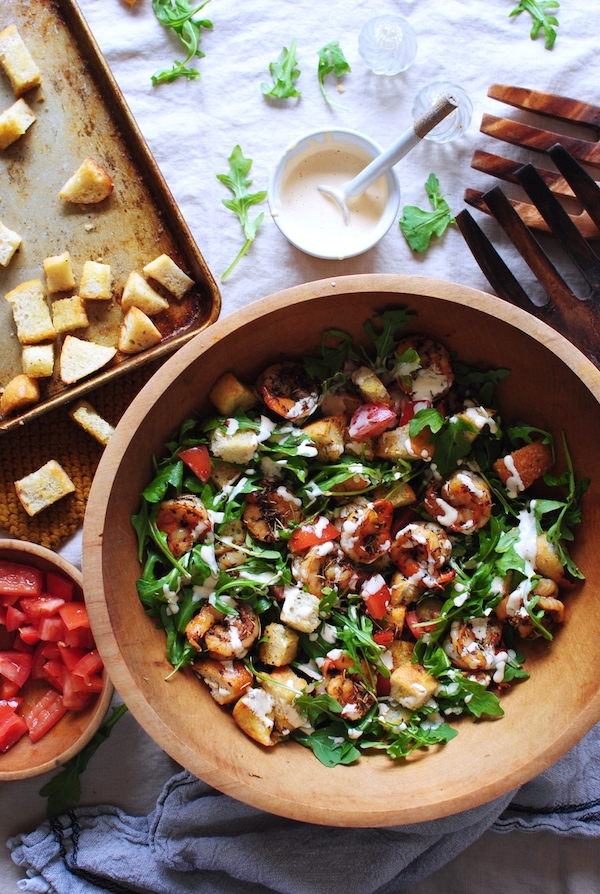 The dressing is soooooososososo good. It’s mayo + hot sauce + a little bit of lemon juice. Just whisk it together until you can taste your tears.

The flavors of this salad are going to straight freak you out. There’s that little hint of bright heat that’s just so glorious drizzled on the toasted crusty bread. And the shrimp, almost blackened with Herbes de Provence, youuuuuuuu guyz. 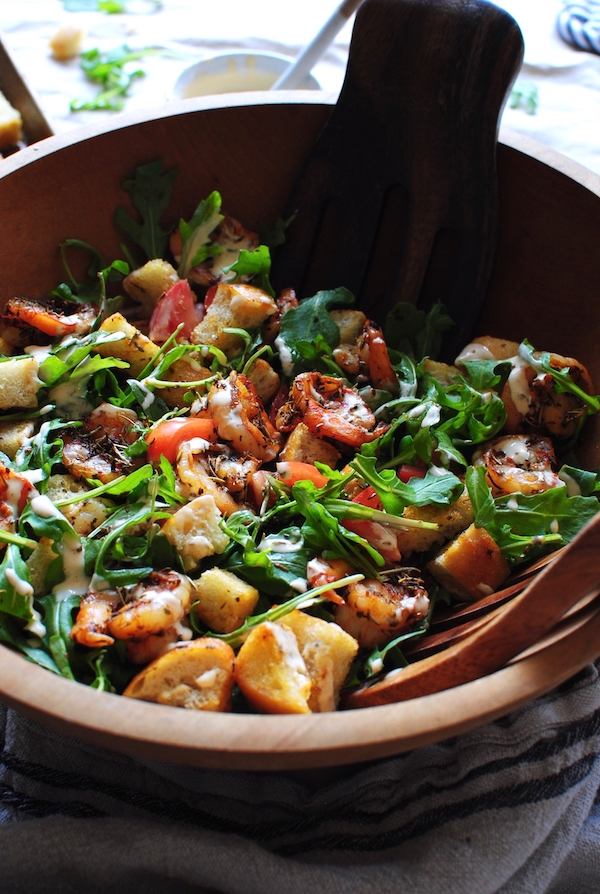 SO glad this isn’t shrimp yogurt. 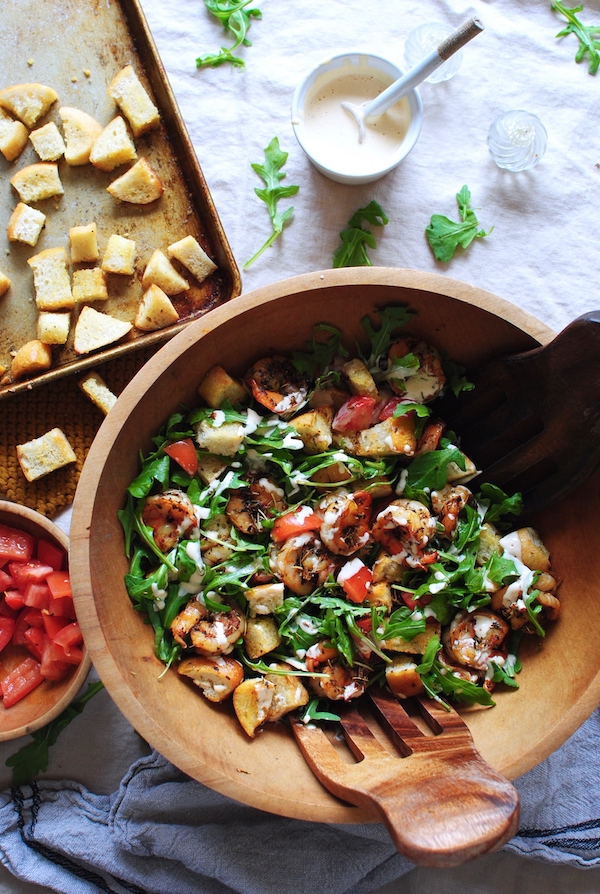 Now I want to po’ boy everything.