…Covered in cheese. I forgot to mention that. They’re covered in a fat snuggle blanket of bubbly cheese. 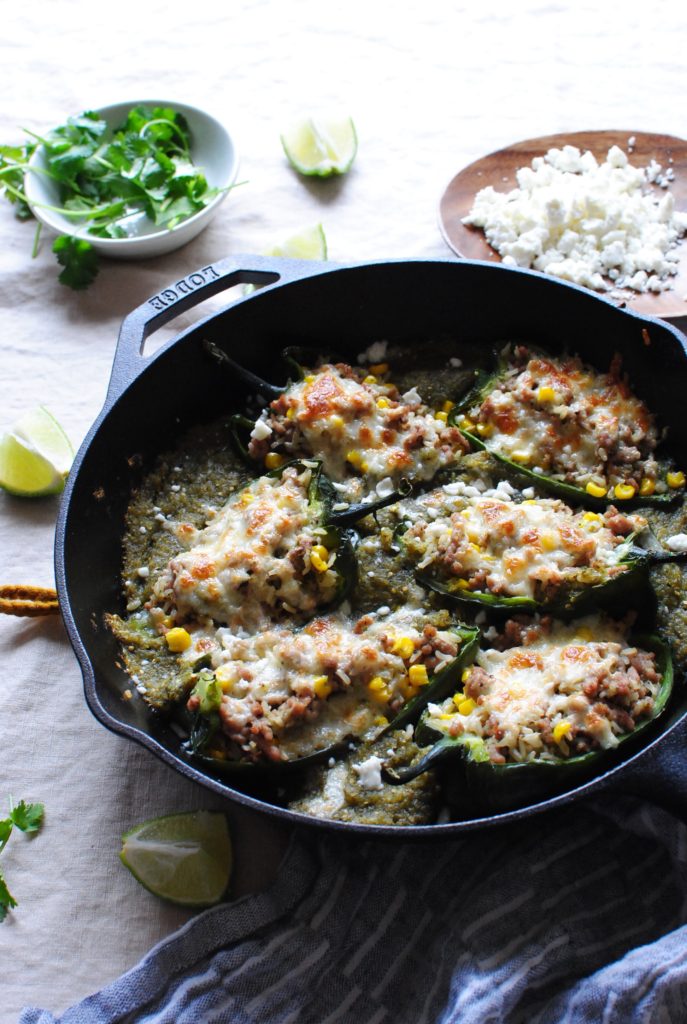 I’m completely dying over these stuffed peppers. Dying. If I could dance around in a circle and howl at the moon in a fit of BANANAS BEGGING, I’d so do it. They deserve it.

However! I will warn you – and you probably already know and do this, but I never do because I’m an idiot – wear gloves when you seed the peppers. I spent three hours with one hand in a glass of cold milk and the other one hailing a taxi cab. (<–name that song) 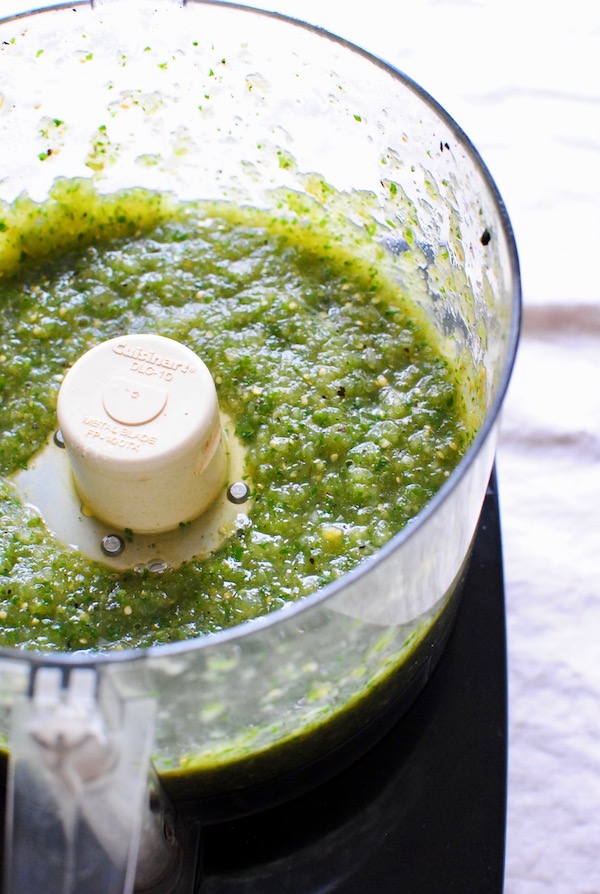 It all starts with the salsa verde. The mama-said-knock-you-out of this recipe. Now, you can totally buy a jar of salsa verde if you’re short on time or you hate life. But I seriously recommend trying my super quick version! It will take your dish from here (my hand is at my waist) to HERE (my hand is above my topknot.)

I’m hysterically obsessed with this liquid green. Remember a long time ago when I put it in a slow cooker chicken posole? Uh huh. And then that one time when I threw it on some pulled pork enchiladas? Yep. And my crazy skillet chicken Suiza? YAS. And those other chicken enchiladas? Right. And the chicken soup! And the chicken burritos! 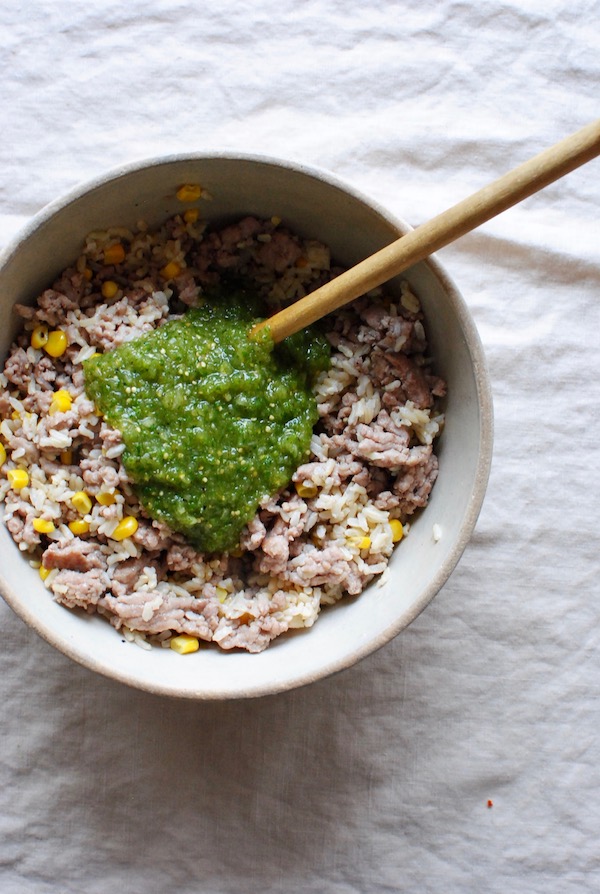 So it’s the salsa verde + cooked brown rice + browned ground pork + frozen corn. That’s the filling. And you think to yourself, “What a wonderful wo-” wait, that’s not it.

CHEELAH – it is STUPID GOOD. The nuttiness of the rice meets the sweetness of the corn meets the tangy of the verde meets the savory ground pork meets the bubbly Monterey Jack? No. Yes. No. No. Yes. 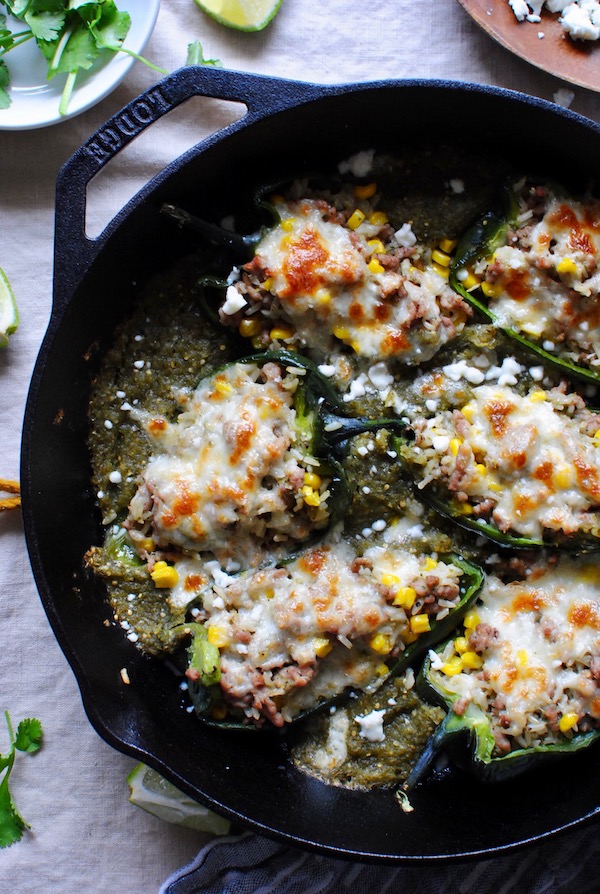 You’ve sliced your poblano pepps in half (USING GLOVES I BEG OF YOU), given them a quick dunk in boiling water to start the softening, then arranged them in a skillet with the insano pork stuffing. Are you feeling good about this so far? I knew you would be.

Then just let them warm through in the oven about 20 minutes. Flip on the broiler and let it finish off the cheese. Just like that. Are you dying? I knew you would be. 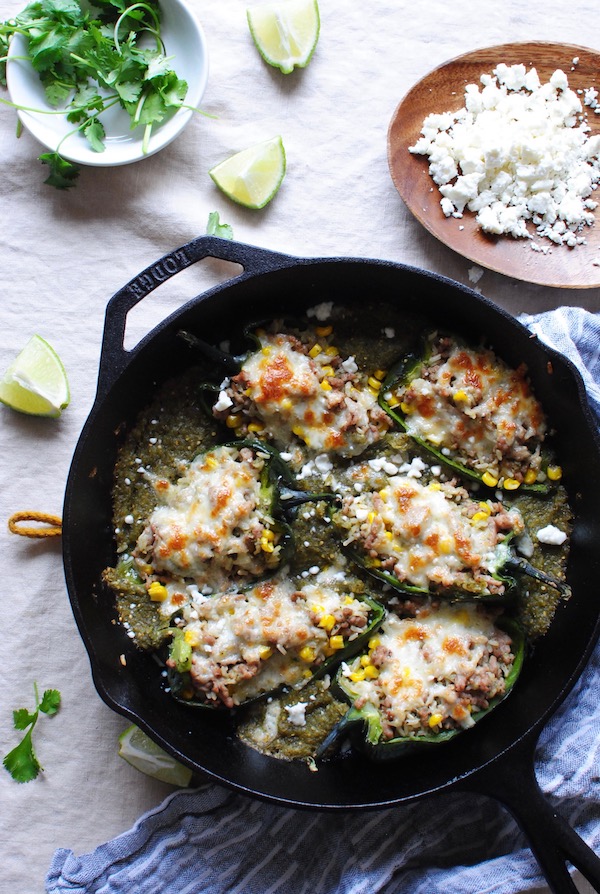 You want me to howl? I’ll howl. I WILL HOWL. 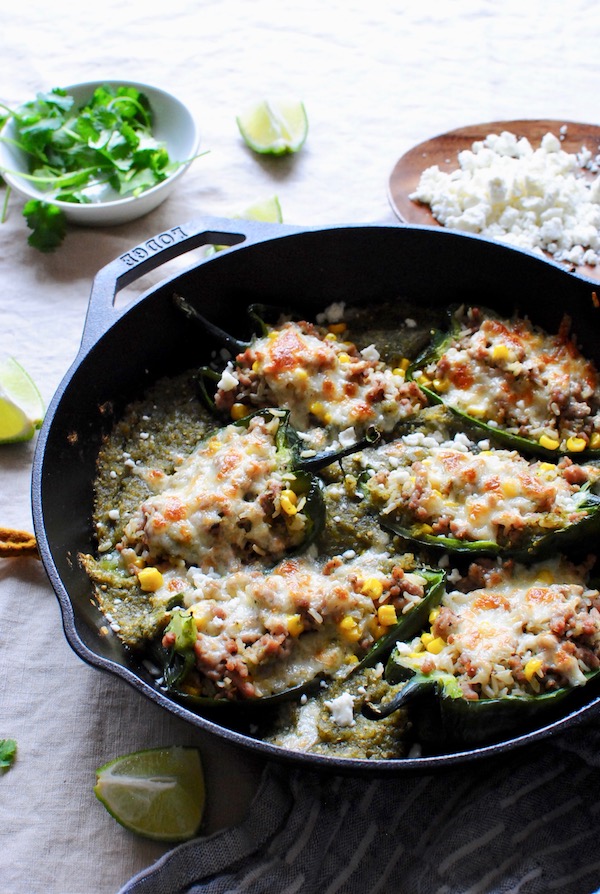 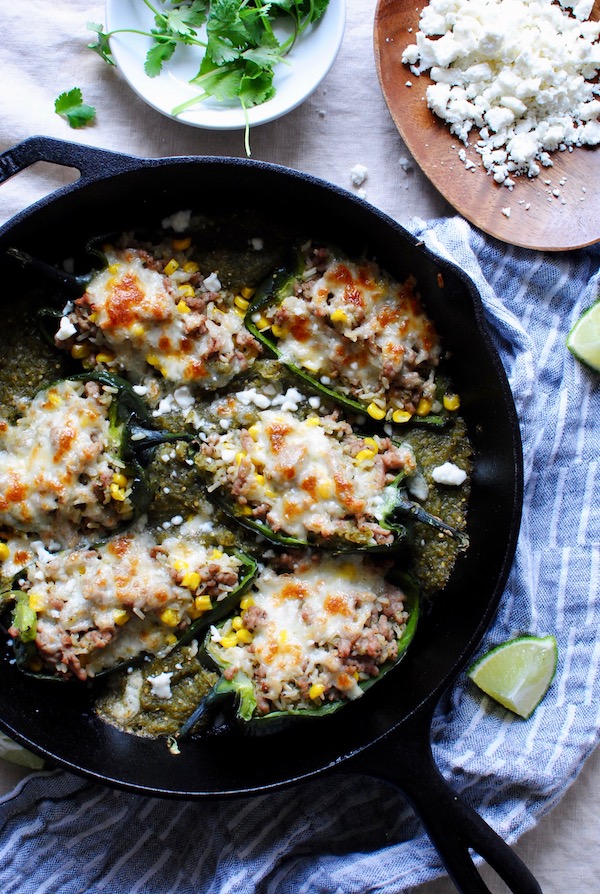