Also known as, the year I turned to Botox. 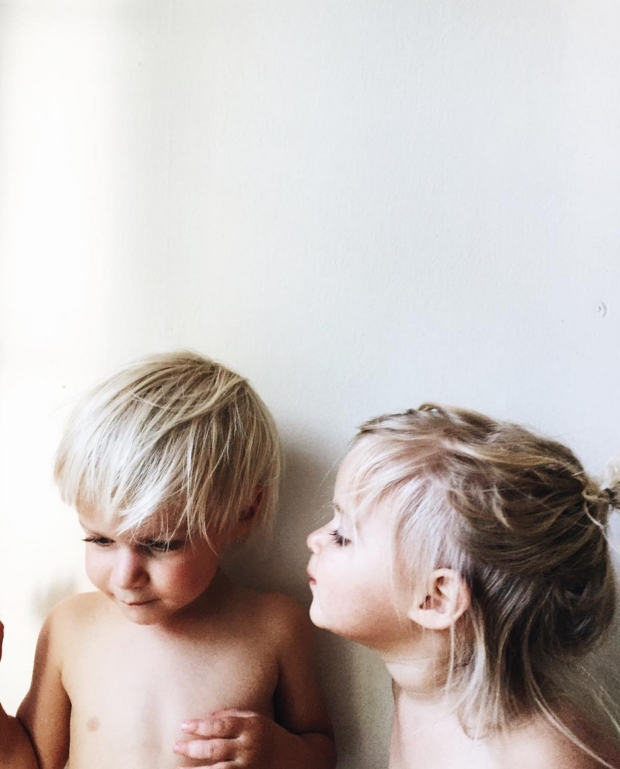 Awwww, would ya look at that? Such innocence, such sweetness, such unbridled sibling adoration and the tender formation of lifelong bonds.

Well, it’s been another year with the gremlins! Another year of personal growth and mental development, of baby-step maturing, of bodies morphing and changing, a year of . . . self discovery, if you will.

The kids have changed a little bit, too.

It’s 7:30pm. Everyone’s eaten. Kids are bathed. Widdle teefies are brushed, books are read, “Letters” (Wheel of Fortune) has been watched and botched, and your gremies are tucked soundly in bed. You’re a mere precious seconds away from pouring some wine, plopping down on the sofa and letting your eyes roll back to the darkest corner of your psyche, when . . .

“Moooom! I need milk!” “No you don’t, you just brushed your teeth, go to sleep.”

“Mooooooom! I need more books!” “No you don’t, I just read 192 books, including the first French edition of books Q-X of the Encyclopedia Britannica, go to sleep.”

“Moooooooooom! I just figured out the solution to climate control!”  “No you didn’t, you’re 2, go to sleep.”

“Mooooooooooooom! Will says that the Industrial Revolution was neither industrial nor a revolution. Is that true?” “What? I . . . I have no idea, go to sleep.”

Where do we stand on whiskey milk? 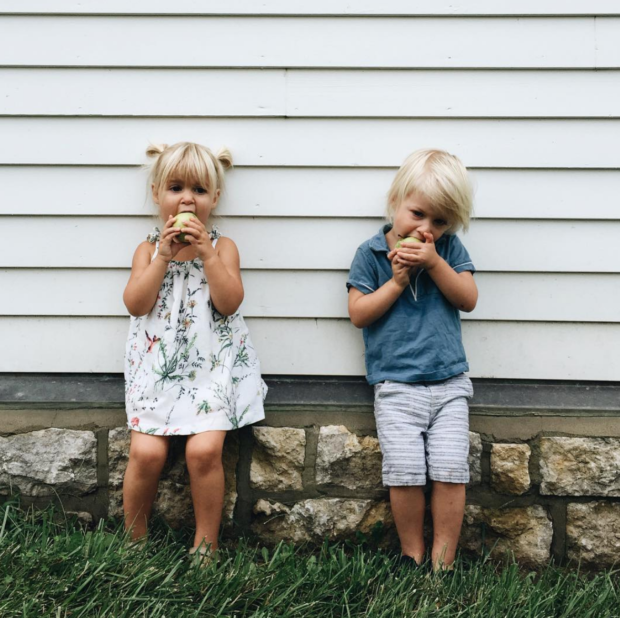 Did you know that between the ages of two and three, every single human being on this planet needs to know when your child needs to pee/poop/toot/pick a booger? They do. Just in case you didn’t know that. They NEED to know. And they need to know of this bodily function before it happens, during the happening, and especially after. Because other humans will not be able to survive in their lives unless they are aware of what’s going on inside your child’s anus and/or slimy nostril.

On top of the actual awareness, people desperately need to be told of these animal occurrences in various ways. Obviously, because one method of T.M.I. isn’t nearly enough for a toddler. 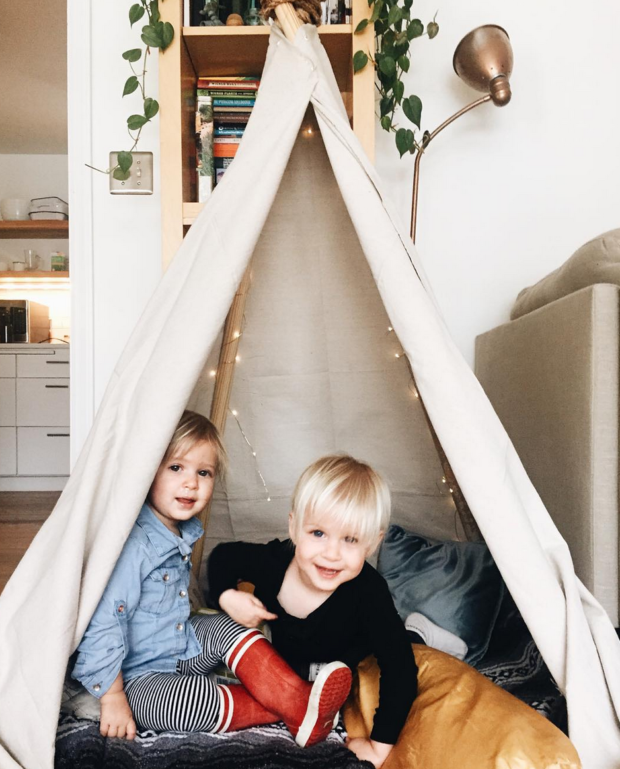 “…You must promise, never to wander off evah again! I’m sorry, Peppa. I promise!”

I hear these words in my sleep. They bounce around in my cerebrum like a coked up hummingbird chasing a ping pong ball.

If your child hasn’t fallen into the deadly grip of Peppa Pig just yet, save yourself!

Something that does bother me though, – and this is critical on all ethical and moral levels, as our sponge-minded children soak up the wise teachings of Peppa Pig, is: their blatant lack of alliteration when it comes to baby George!

I will say. And this is free – one mom trick I have to get Will and Nat to do whatever I tell them, is to go, “Peppaaaaa! Geooooooorge! (like the way Mommy Pig constantly does in the show, in her soothing British accent), “Why don’t you empty the dishwasher and hang up all the laundry while Mommy cries as she watches her jowls continue to sag into her lap.”

Also, Daddy Pig makes me want to punch everything. 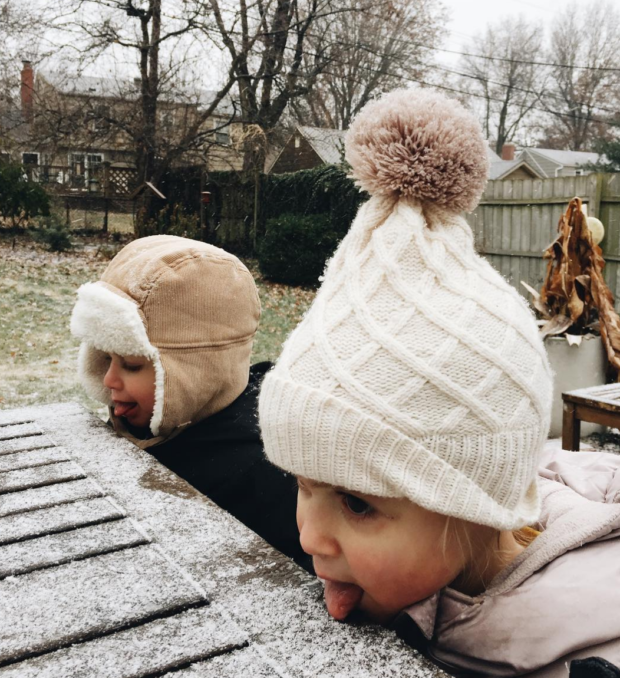 If I’ve learned one single thing from being a mom of young twins, it is this: YOU GIVE BOTH CHILD THE EXACT SAME TOY, ITEM OF CLOTHING, OR FOOD PARTICLE. OR LOSE AN EYE.

You don’t mess around with your own demise. 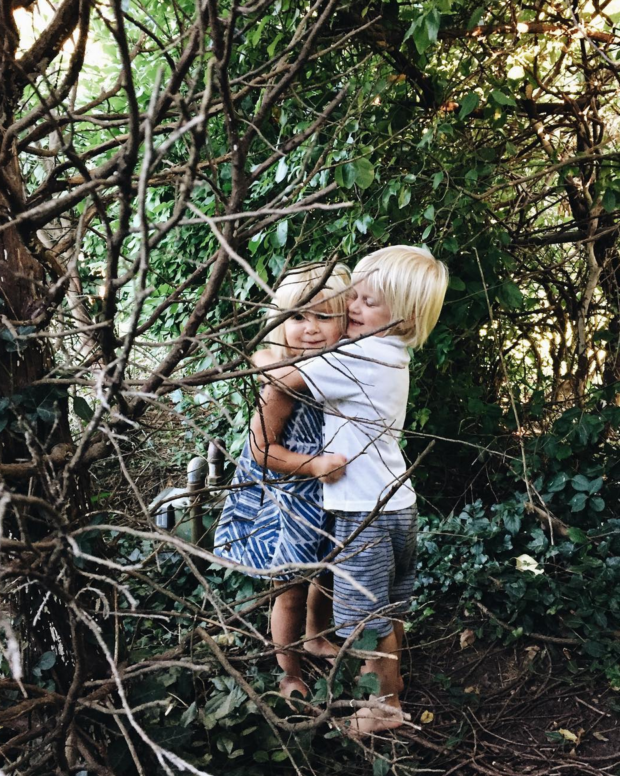 This, my friends, is the underlying, ever-nagging truth of what moms live and breathe on an hourly basis, every single day. Is my kid broken?

(cue serious music. probably like, a violin. or an ’80s synthesizer.)

Admittedly, it’s hard not to compare my kids. There, I said it. But, when you have a boy and a girl, at the exact same age, in the exact same surroundings, on the exact same schedule, around the exact same people, day in and day out, you can’t help but sometimes exhaust, “Why aren’t you getting this?!” WHY CAN’T YOU BE MORE LIKE YOUR SISTER. (you guys, I don’t really think that.) (all the time.)

Good news is, I’ve come a long way on this in the last year. (meaning, I’m not in a constant pit of worry and assumptions) Truthfully, I’ve been on the fence with writing about this particular subject. It’s just not something I verbally (no pun) parade around, because for a while, I didn’t know what it meant. If it meant everything, anything, or nothing. Or maybe it meant I just needed a pizza.

It’s Will’s speech. While it’s (adorably) choppy and (sweetly) slurry, he’s just not where he should be. (And of course as soon I started writing about this he said two entire sentences, both of which I understood completely.) But, he’s no Natalie in that department. Which you know, could just be a boy thing! (as a mom, you give yourself all these blanket solutions, just to survive. you feel me?) We’re in the works to get speech therapy going, and I’m just dying to see how much this helps him.

This is the thing. Every kid is broken. Every single kid (and adult for that matter) is broken.

But that’s GOOD. Perfect is boring. We need speed bumps and trips and surprise quirks of individuality that sort of remind us of our primal, familial roles. SUPPORT. FOUNDATION. LOVE, and all the other horribly cheesy words that mean FAMILY. (I swear more jokes are coming.)

I want Will no other way. He’s an incredibly smart little dude, and he’s going to be more than fine. 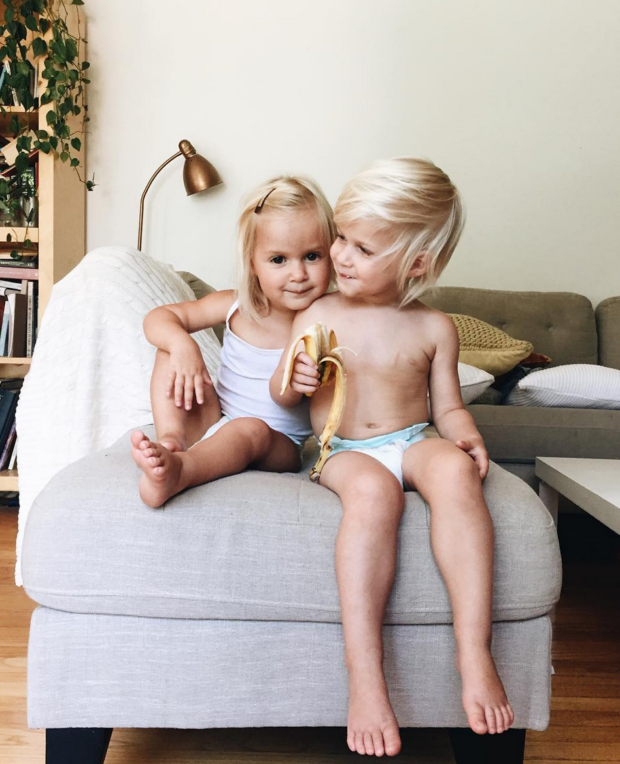 In this last year I’ve given worse haircuts than humanly possible. I failed at potty training, but I’m not beating myself up over it. We’ll get it right soon enough. We had complete meltdowns in restaurants and we ate ice cream after our teeth were brushed. Sometimes, we didn’t even brush our teeth.

We lost every single puzzle piece to every single puzzle. We bathed when we wanted to, not when we needed to. I scared them half to death with fizzy bath balls, not once, but twice. Once I accidentally put Benadryl cream on their toothbrushes instead of toothpaste. Nat spent half the year with her pony tail in a crunchy dread lock, for crying out loud.

(and I guess brush your teeth.)

(but not with Benadryl cream.)

This time two years ago.