Hear that? Yeah that’s the sound of your New Year’s resolution being flushed down the toilet. 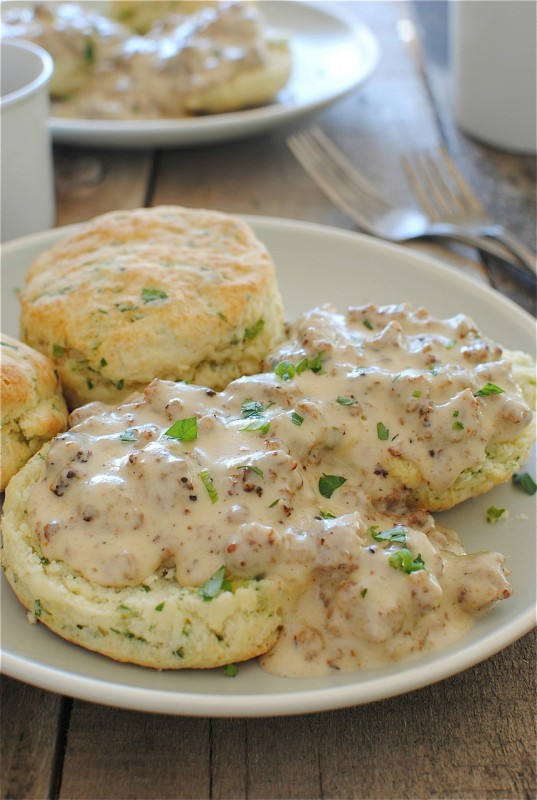 If I had any say at all in this mess we call life, I’d vote for resolutions beginning in the spring, when things are all bloomy and pretty outside. Not when the entire world is frozen over in a dark and dangerous icy tundra and all you crave is comforting slop-a-licious warm yummy food that runs down your face and all over your sweatshirt and gives you the promise of a new day.

But I don’t make any resolutions so I wouldn’t be able to vote.

Wait I did make one resolution this year! And that is to listen to more Wilson Phillips.

And I probably should have kept that to myself. 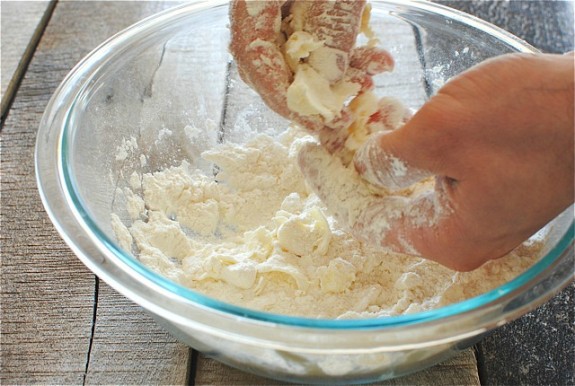 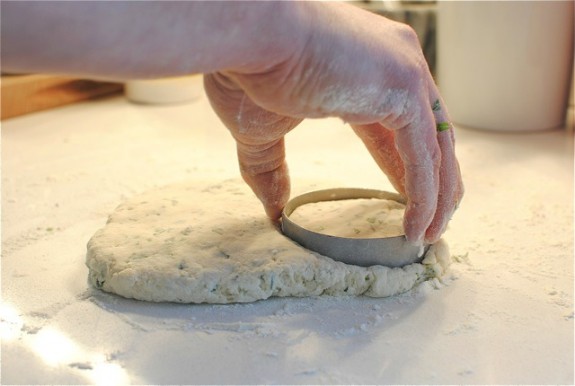 I just gotta tell ya, thiiiiis one is a humdinger. A frickin’ doozy. The whopper of wolfin’ it. The pistol of porking out. The crackerjack of chow town. The . . . the . . . champion of chompville! 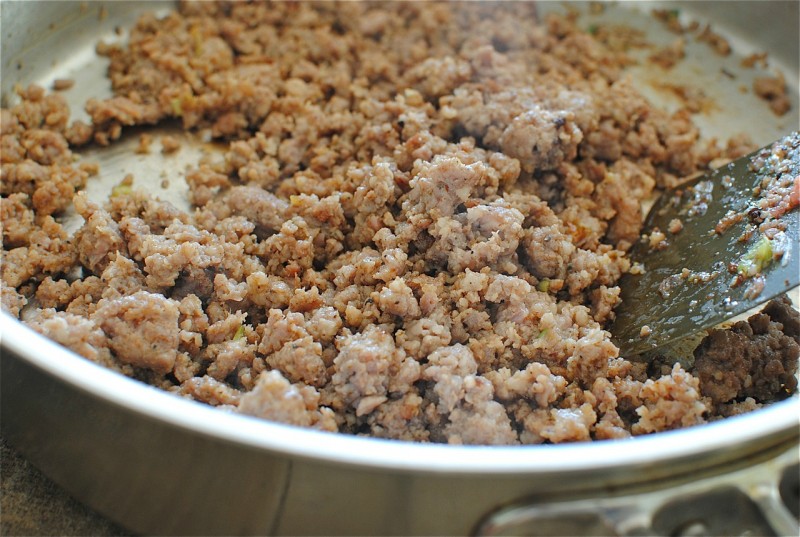 I should drink less coffee. 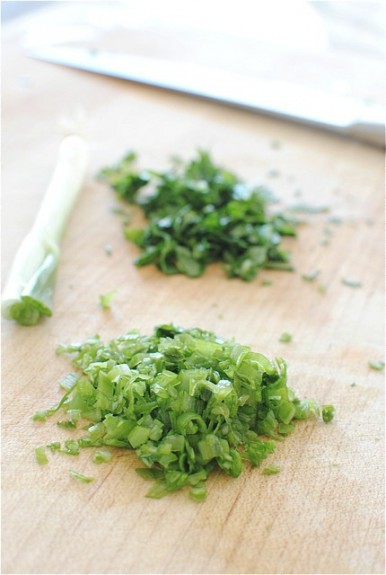 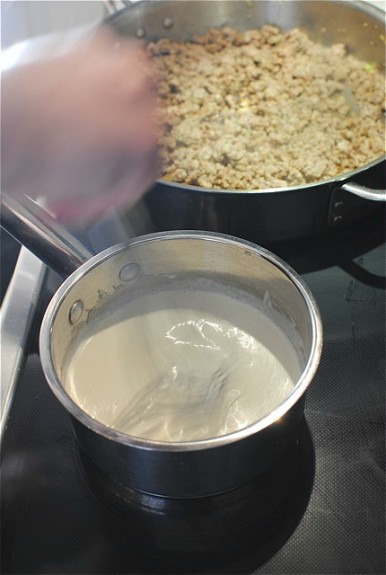 Wait I’m confused, what are we talking about? 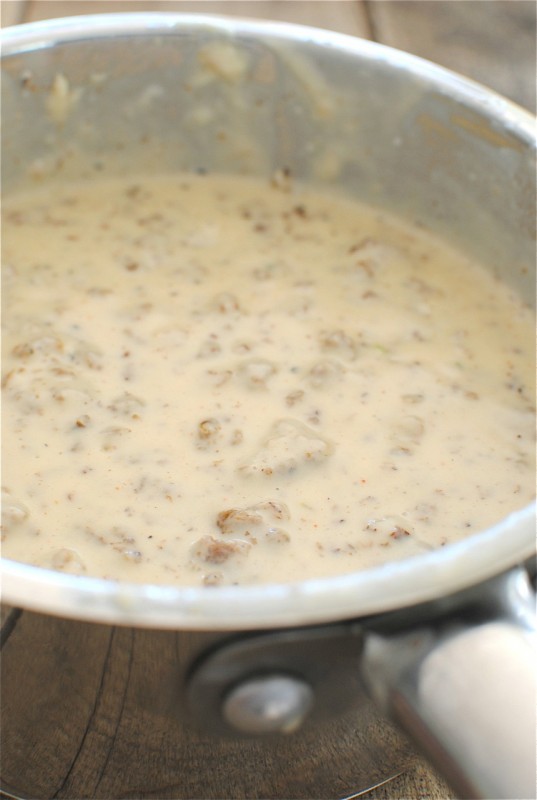 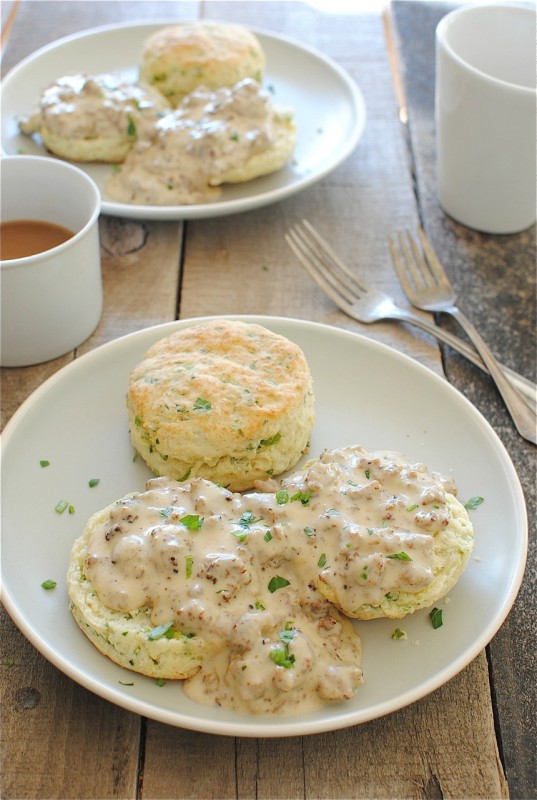 You’re getting veeeery sleepy. You need some buttermilk biscuiiiiits and sausage graaaaavy. Just surreeeeeender to the force.

But really, yo. This is seriously insane. Host a brunch this winter and make these. I’m not kidding. It’s so ridiculously good your entire head will slide off in a river of giddy drool. And you deserve that. 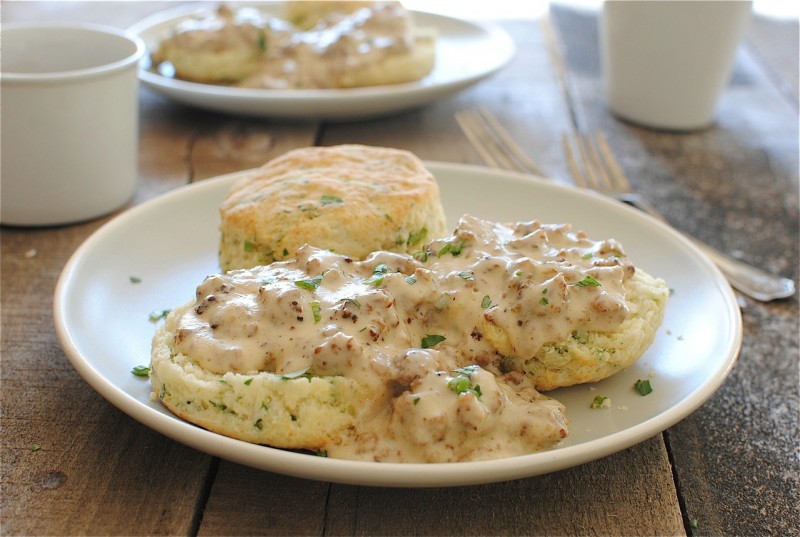 I should totally get into hypnotism.

What it took for 4 servings:

(adapted from this here recipe)

for the sausage gravy:

Combine the flour, baking soda, baking powder and salt in a large bowl.

Cut the butter into small chunks and crumble it into the flour until it’s . . . crumbly.

Add the buttermilk, scallions and parsley. Stir until JUST combined. Don’t overdo it. It should be on the wet side.

Using a cookie cutter, cut the dough into 4 or 5 circles.

Place them on a (very lightly greased) baking sheet. Now, I read that if you put the biscuits right next to each other, they’ll rise more. If you space them out about an inch apart, they won’t rise as high, but you’ll get a nice crusty exterior all over. We didn’t have them touching, and I liked the way they turned out.

Bake for 10 to 12 minutes, checking to see when they’re golden brown.

In the meantime, make your gravy.

Preheat a large skillet to medium-high. Add the scallion whites (and a tiny drop of oil) and sauté them for about a minute. Add the pork sausage and break up with a wooden spoon, browning all over for about 8 minutes. Taste it to make sure the pig did it right. Oh, oh it did.

While the sausage is browning, melt the butter in a medium sauce pan. Once melted and the foaming has subsided, add the flour. Whisk until it becomes a nice golden paste, about a minute. Add the cream, milk, cayenne, salt and the tsp of pepper. Whisk whisk whisk until niiiiice and thick and creamy and you begin to sob.

Pour the sausage into the cream sauce, little by little. If you don’t want to put the entire pound in, that’s fine. Do what you like! Mix until it’s the most beautiful thing you’ve ever seen in your lifetime.

Serve sliced biscuits with a few good spoonfuls of the gravy, and garnish with parsley! 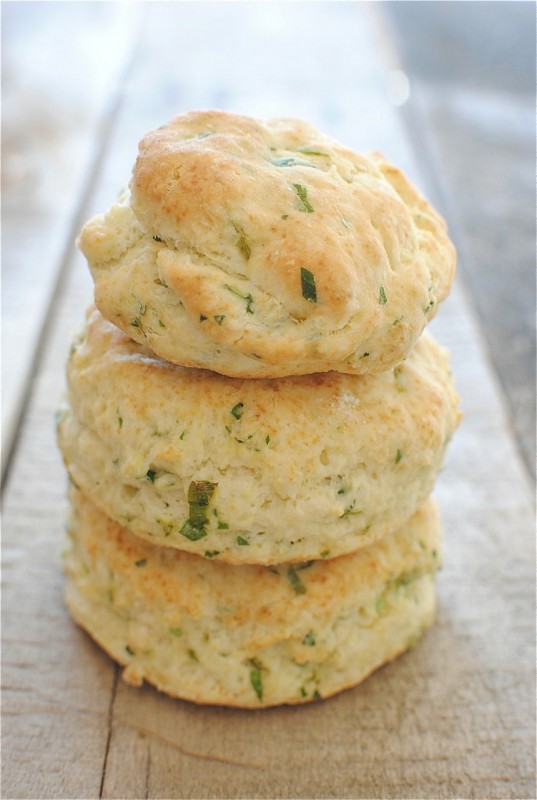