Oh I am just pickled tink! 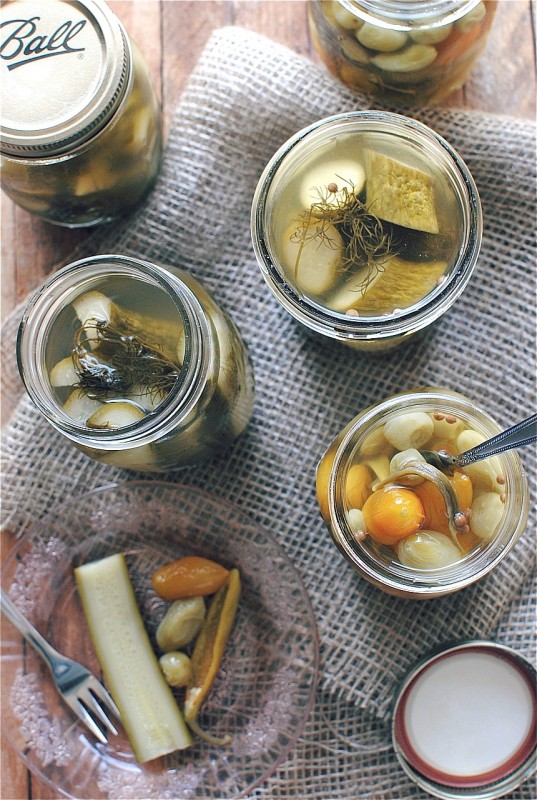 Need a minute for that?

Truth be told, this whole pickling thing wasn’t even my idea. Last weekend, Aaron had zipped out to the store to pick up some fly traps I thought (hi, my house is invaded. I’m like, where is the body?), but upon arrival, he slipped out of his little gray orthopedic shoes and placed them next to his walker because he had just bought baby cucumbers, dill and vinegar, for HE WAS GOING TO PICKLE SOMETHING, BY GOLLY. 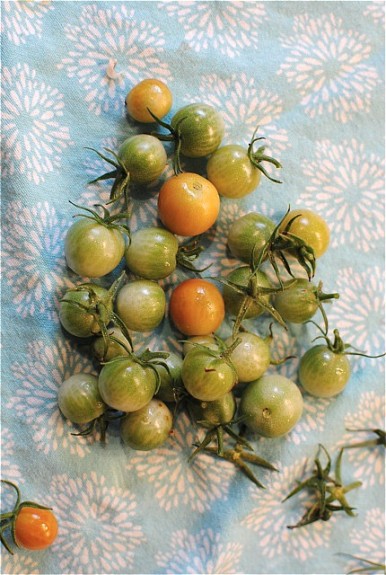 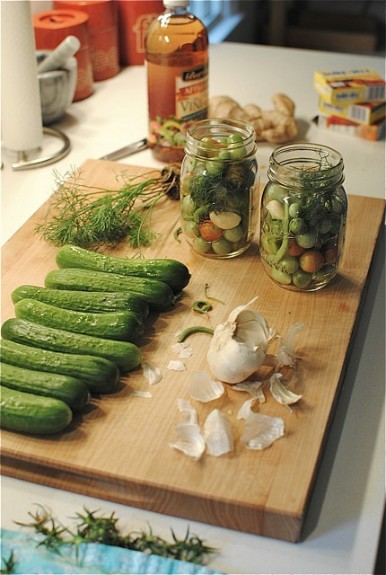 Me, “Uhhhh what’s all this? And did you get the fly traps?”

Him, “Yeah, yeah. Got ’em. Man, have you SEEN how many green tomatoes we have out in the garden? I’ve been reading up on how to pickle them, so I went ahead and bought some cucumbers to pickle too!”

Me, “Are you serious? You’ve been READING UP on this? Well, good luck and let me know how it goes, GRANDMA.” 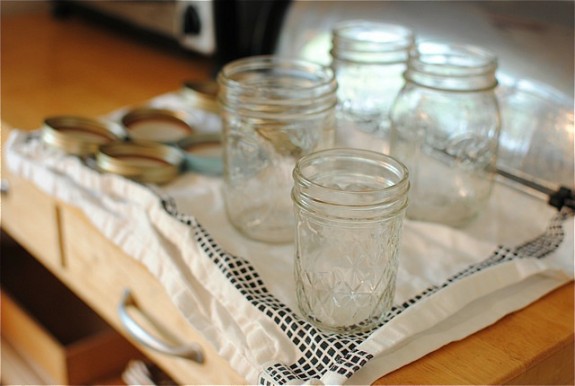 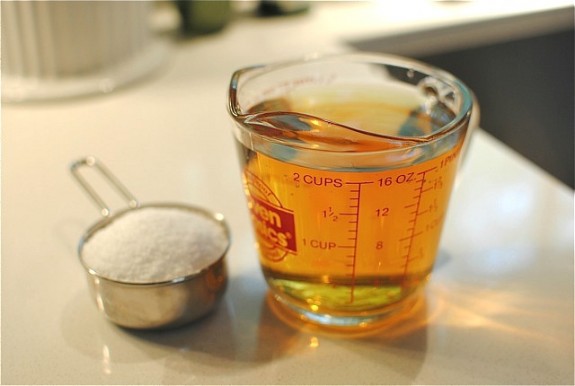 Him, “Ohhhh no you don’t.  You’re taking pictures. You’ll be glad you did.”

Me, “Whatever. So . . . you must have been really upset when Golden Girls ended, huh?”

Him, “Your face is a golden gi – JUST TAKE PICTURES.” 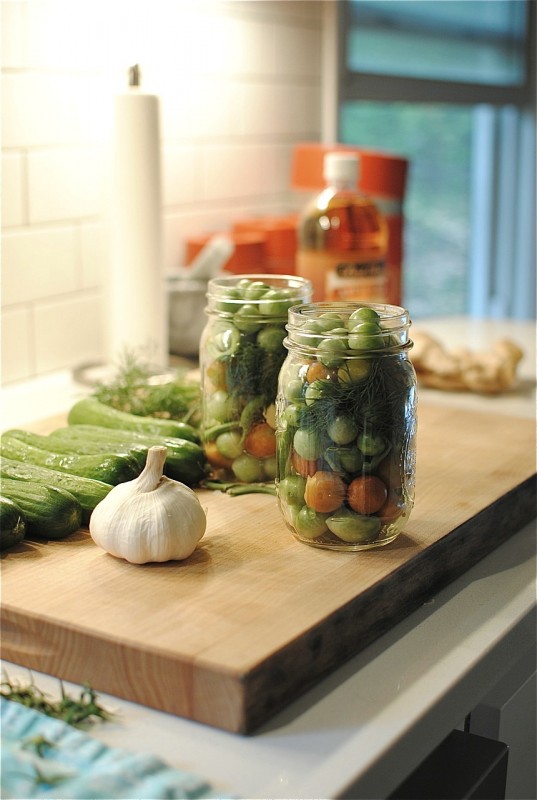 So pickling really isn’t that big of a deal. I MEAN DILL. Get it? Dill pickles? Pickles? That you pickl – okay.

It just requires a little bit of patience, which I’m happy to report that so far in my 36th year of livage, I’ve gotten a whole .00001% better at!

You basically fill your jars with whatever vegetables you want to pickle. We had green (and a few pink) tomatoes, baby cucumbers, a few straggler green beans and peppers from the garden, fresh dill and a few garlic cloves. And coriander seeds! Aaron sliced some cucumbers in the shape of actual pickles and I have no idea why but I giggled embarrassingly hard. 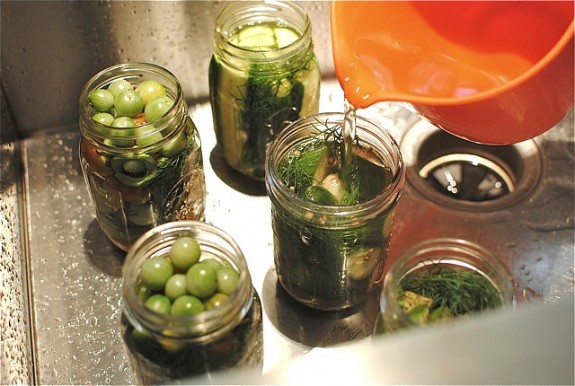 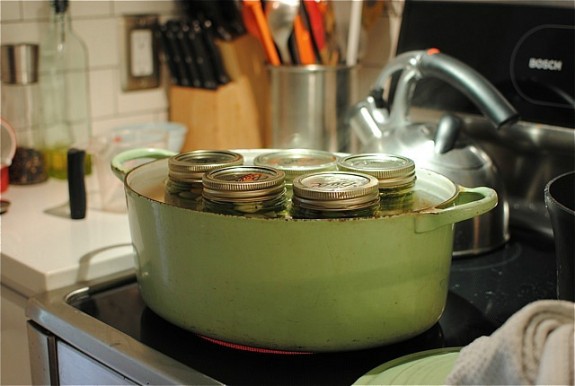 And see, what happens is: you boil some cider vinegar with pickling (or kosher) salt and some water for a smidge. Then you pour the hot potion into the jars. Then you wave your hands over each jar and chant, “Mecca Lecca High Mecca Hiney Ho!”

But you make sure no one actually sees this part.

And then you put the lids on them and tiiiightly close them. THEN, you place the jars into a huge pot filled with water and you boil them for like 15 minutes or so. After the boilage, you remove them from the hot water, and set them aside and listen for the little pops from the lids, ensuring that your house will not be haunted by ghosts for the next 25 years.

WHAT I AM SERIOUS. 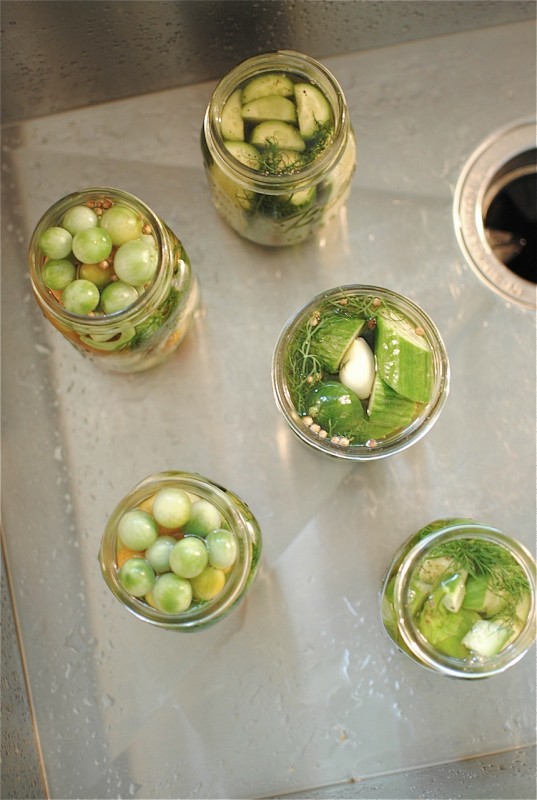 Then, 7 days later, you pull the jars from the fridge and maaaarvel at the weird colors they all became. But wait! Taste a pickle. You pickled! You seriously pickled! And that is one fine tasting pickle rawt thar. 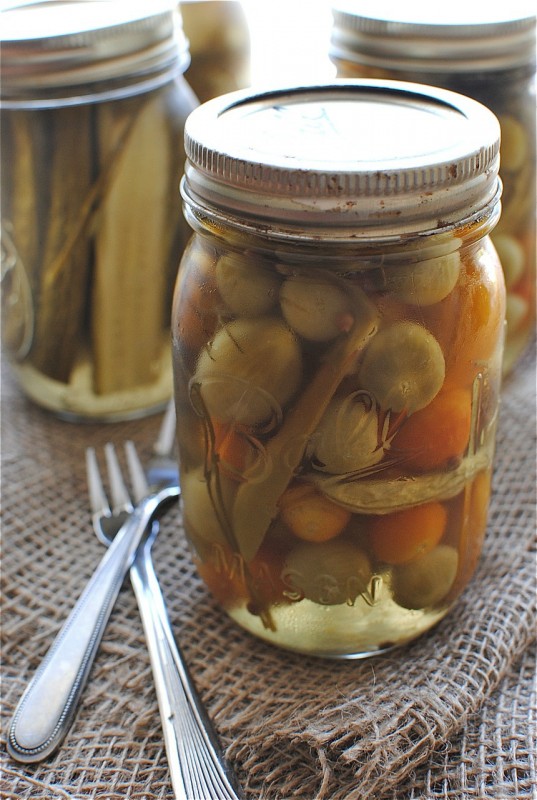 Put together a little pickled plate with peppers and pickles and positively pucker your pie hole! 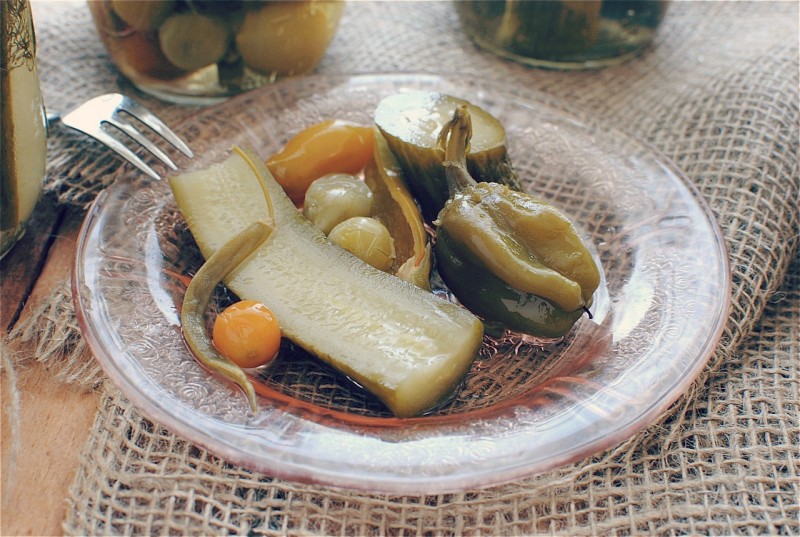 I’m so proud of my grandmother I MEAN HUSBAND.

What it took for 5 jars:

Rinse all the veggies. Remove the stems from the tomatoes. Slice the cucumbers to your preferred shapes and sizes. We sliced a few lengthwise for one jar, and we diced a few others for a couple of separate jars.

Fill the jars with a mixture of tomatoes, cucumbers, garlic cloves and coriander seeds. We had a few green beans and random little peppers from the garden, so we threw those into a few jars as well. Push the dill down in the jars around the veggies.

Pour the vinegar, salt and 1 1/4 cup water into a large pot. Bring to a boil, reduce heat and simmer on medium high for 5 minutes.

Pour the hot liquid into each jar. Tighten the lid on each jar and set aside.

Back in the large pot, fill with water and bring to a boil. Add the tightly closed jars and boil for 15 minutes. Using tongs, remove the jars from the hot water and set aside until you hear the lids pop, meaning they’ve pressurized and won’t give you hepatitis C.

Store in the fridge for at least 7 days, letting the pickling magic unfold and bedazzle the veggies.

*Add pickled veggies to sandwiches; garnish your Bloody Marys (like below, omg), or eat as is! 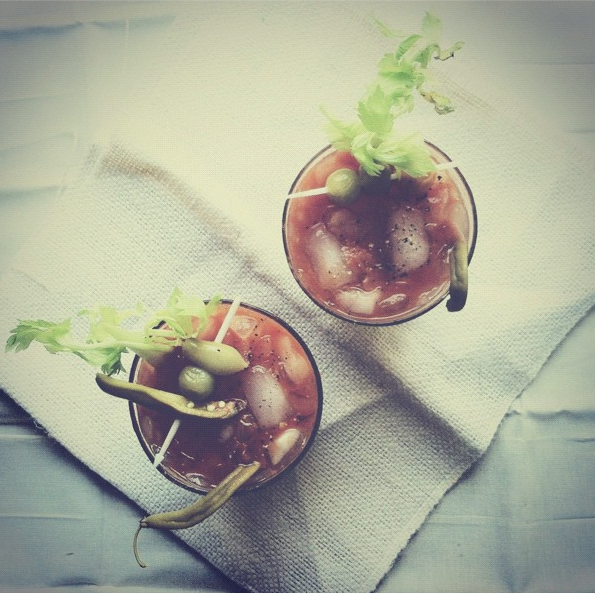