I heard a weather report not long ago that offered some pretty strong advice for how to handle these insane drought conditions. I did. 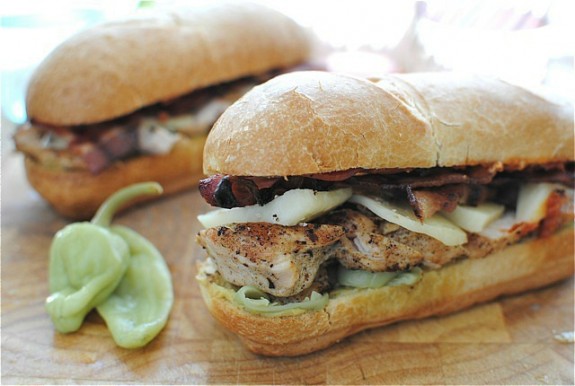 Yeah, the guy basically said the only solution right now for this national crisis is massive consumption of loaded Italian chicken sub sandwiches. But he laid it out very simply, so not to confuse and frighten us viewers. It goes like this. The less rain we continue to get, the more pepperoni we add to the sub. And then the browner your yards become with each mother-loving lava fest of a day, the more bacon goes on the sub. 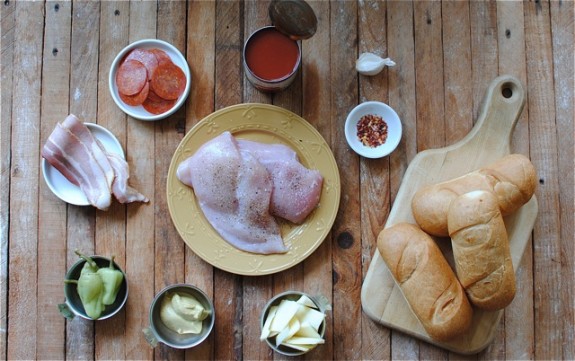 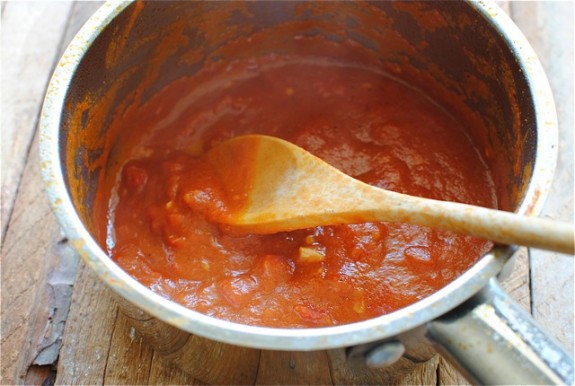 And oh, he encouraged this part too. The more weeds that appear in your garden due to being holed up inside your home for what feels like months on end because the cicada killers (there are two now) have clearly discovered pure satisfaction foaming at the mouth as they poisonously gape into your sobbing eyes and slowly dig a deep, dark hole in your crumbling spirit, the more cheese you melt on the grilled chicken. 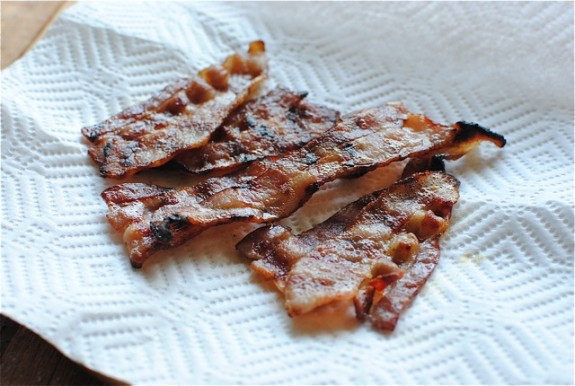 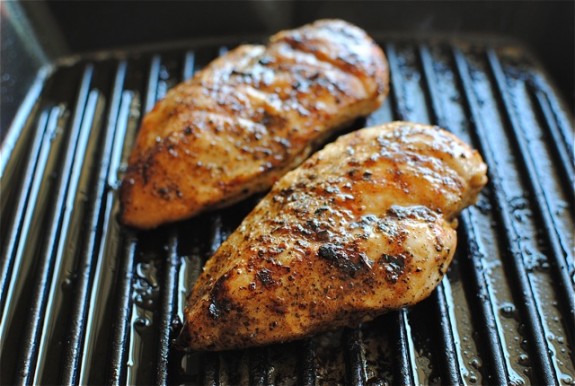 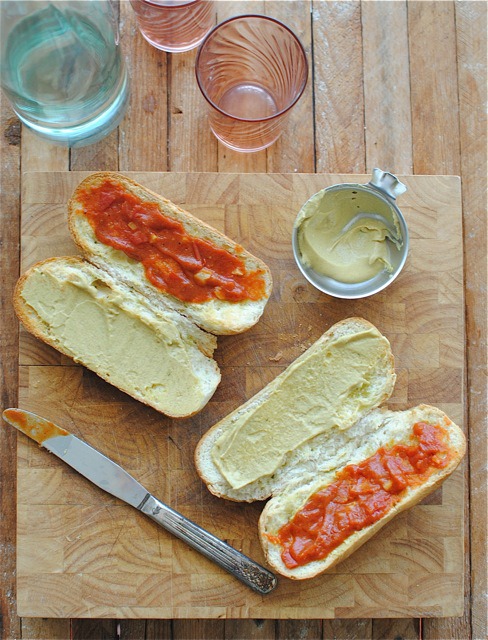 But supposedly these subs are guaranteed to help remedy the predicament AT LARGE. I mean, the guy had a tie on, soooo…. 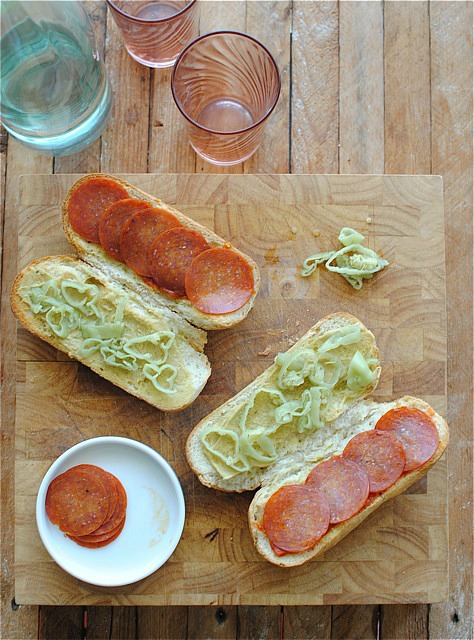 Oh, by the way – look at our bacon. It’s GRILLED. Isn’t that hilarious? It was the only heat source active at the time, so we went for it. We like to walk on the wild side. Before 9:30pm, that is. 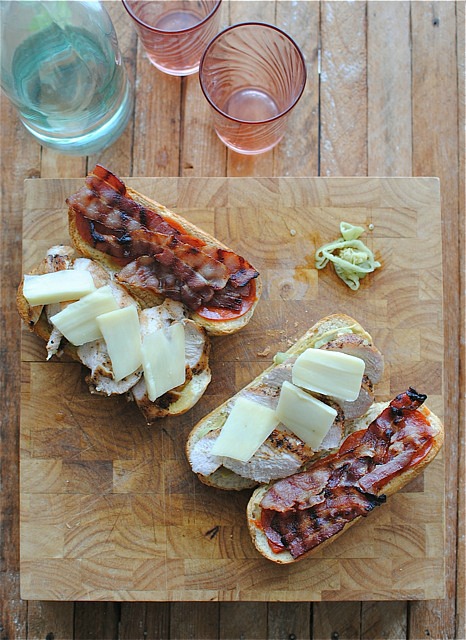 It’s basically our only hope. 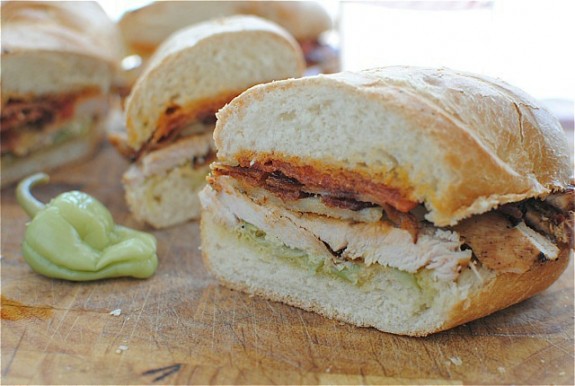 OOOOR, I could get dressed up in a hot pink tutu, a ladybug sports bra and aluminum foil on my head and record a rain dance for the YouTubes!

Oh my gosh I kind of want to now.

Someone talk me into it. OUT OF IT. I MEAN OUT OF IT. 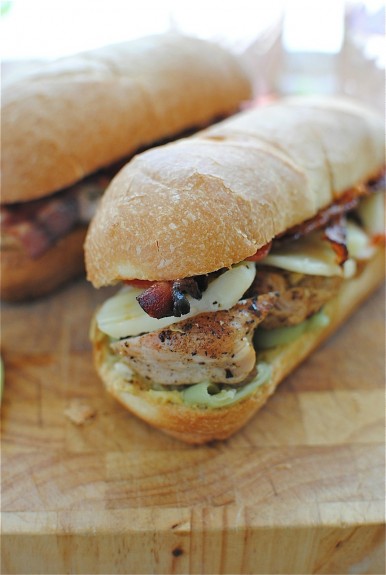 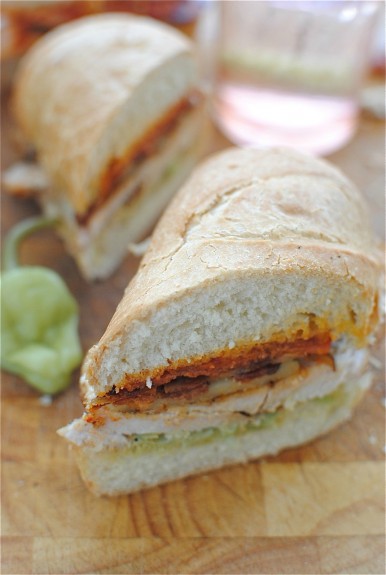 Oh! This just in, and I swear I’m not making it up.

“Due to severe heat conditions across the land, we’re now being advised to heed caution during the consumption of the loaded Italian chicken sub sandwiches. Reports show that once a human takes its first bite of said subs, a ravenous zombie-like urge floods the cranium, thus resulting in mammoth pandemonium in kitchens and dinner tables alike. They’re like, that delicious.” 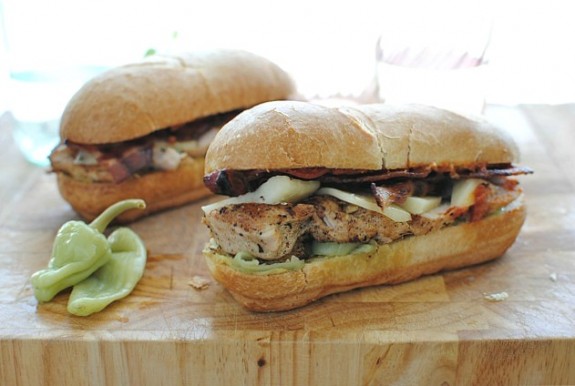 Heat 1 Tbs. oil in a small saucepan. Add the garlic and bloom 30 seconds. Add the tomato sauce and simmer on low while you prepare the rest of the meal.

In another small skillet, cook the bacon until crisp. Remove and drain on paper towels.

Heat the remaining oil (or you can use the leftover bacon fat if ya want!) on an indoor or outdoor grill. Season the chicken with salt and pepper on both sides and grill, brushing with with the caesar dressing, until cooked through and browned all over, about 12 minutes. Remove and let rest 5 minutes. Slice.

Lightly toast the buns on the grill or in a toaster oven. (I drizzled a little oil on both halves and sprinkled a little garlic salt over them. You should too.)

Spread the Dijon on the bottom bun. Spread the marinara on the top one.

Arrange the sliced pepperoncinis along the bottom half. Arrange the pepperonis on the top half.

Arrange the sliced chicken breast along the bottom half. Then goes the sliced cheese. Then the bacon. Oh, my.

Close her shut, press, slice, and live the good life.