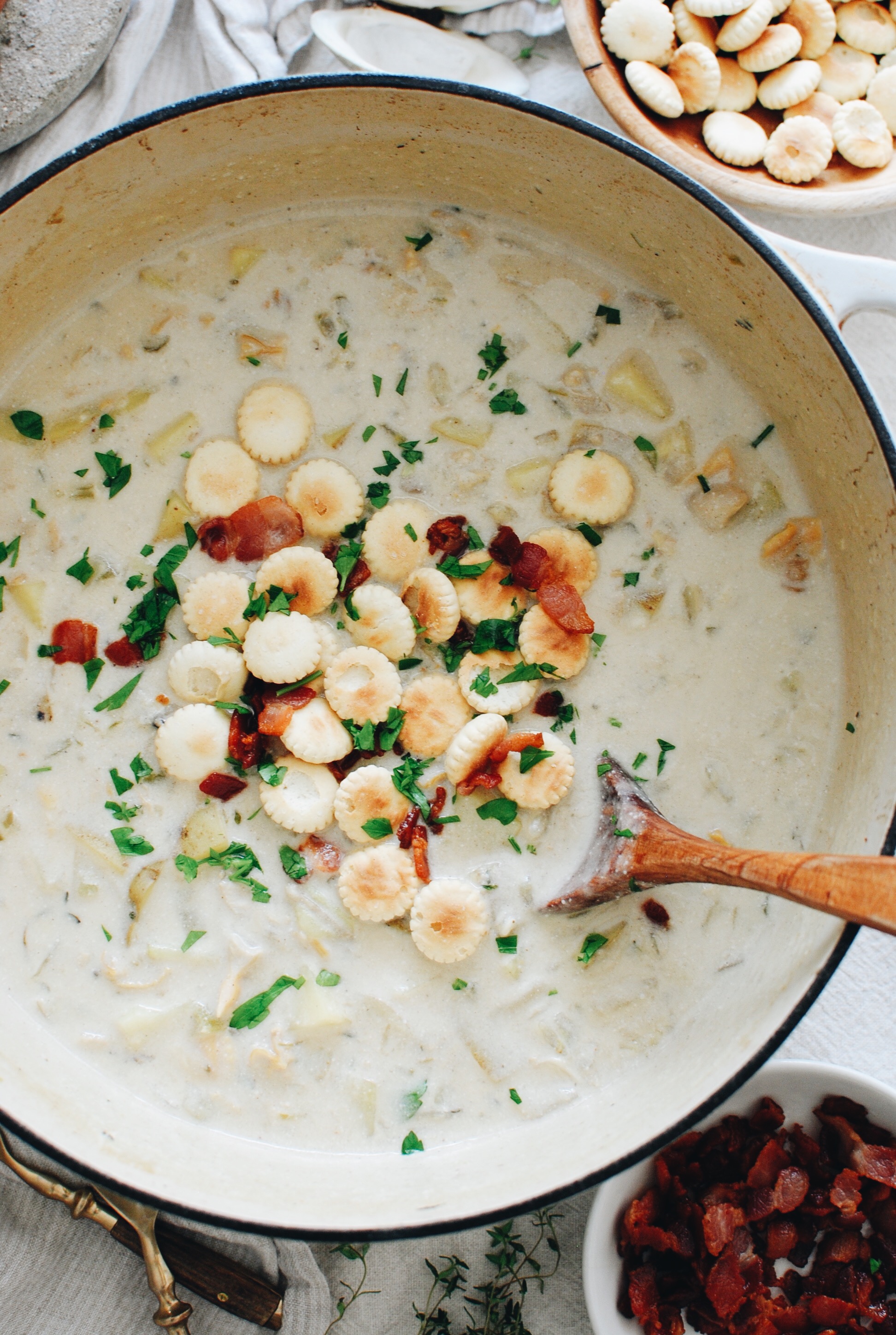 I made New England clam chowdah for you (me).

And listen, I am completely aware there are exactly 8,364 different ways to make clam chowder. So before all the medusa heads come raging at me with, “THAT’S NOT CLASSIC,” or “NO ONE USES THAT,” or “THAT’S ALL WRONG,” or “DON’T BOGART THAT CAN, MAN” – just love me. I spent all month there this summer, ‘memba?!

This recipe is my take on New England clam chowder. Based on what we slurped, what I researched, who I talked to, the sacrifices me made. (<—just kidding.) 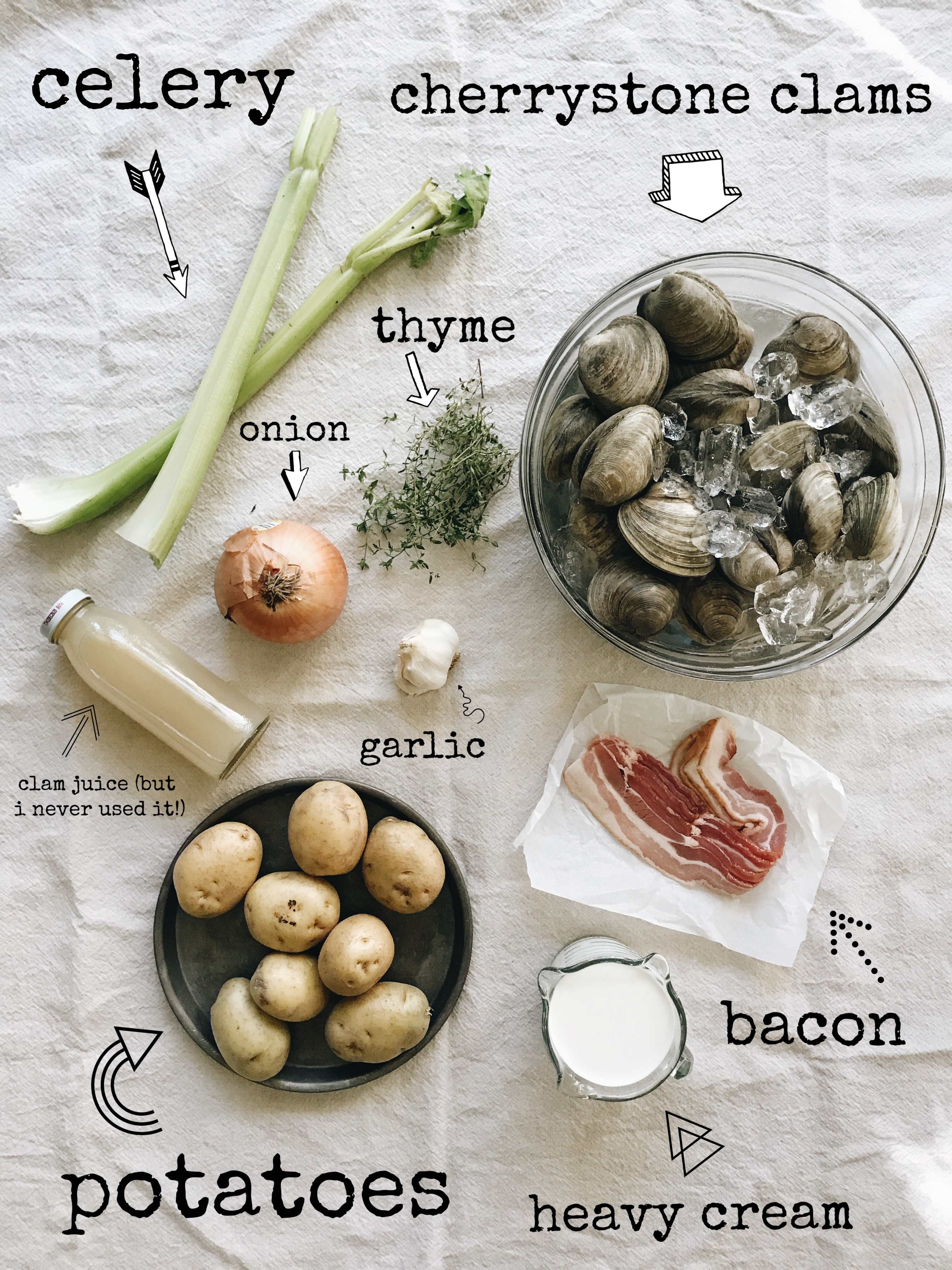 To bacon? Or not to bacon? That’s kind of a delicate subject to New Englanders. When we were there, some of the chowders had a smokey essence throughout, and were garnished with bacon. Others? Clean and cleamy, yo.

So obviously I used bacon. Because bacon. BUT – instead of rendering it and leaving it IN the chowder, I took it out at the beginning, and only used it for finishing crunch. Ya want those clams to shine! (I’ve never said those words in my entire life.)

Another thing – the bottled clam juice? Lots and lots of recipes had it on reserve, but I’m telling you what, I never ended up using it! The water that I steamed the clams in had PA-LENTY of salty clam flavor. 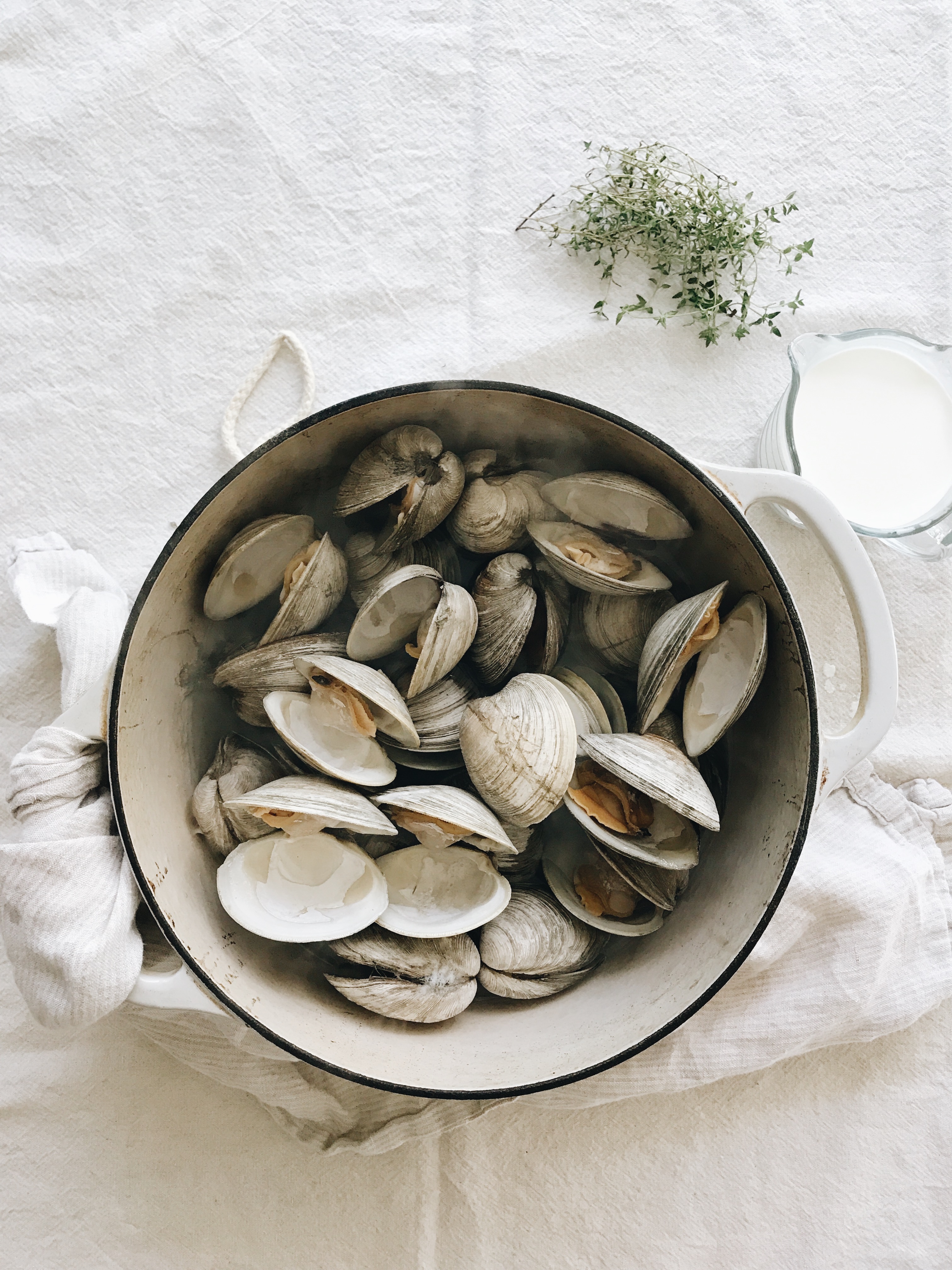 So it’s three cups of water + six to seven pounds of Cherrystone clams. And they steam about eight minutes, until everyone opens their arms to the possibility of new happenings. And by new happenings I mean their dark demise.

Out they come, and then strain that clamy water. You don’t want SEA GRAVEL in your chowdah. 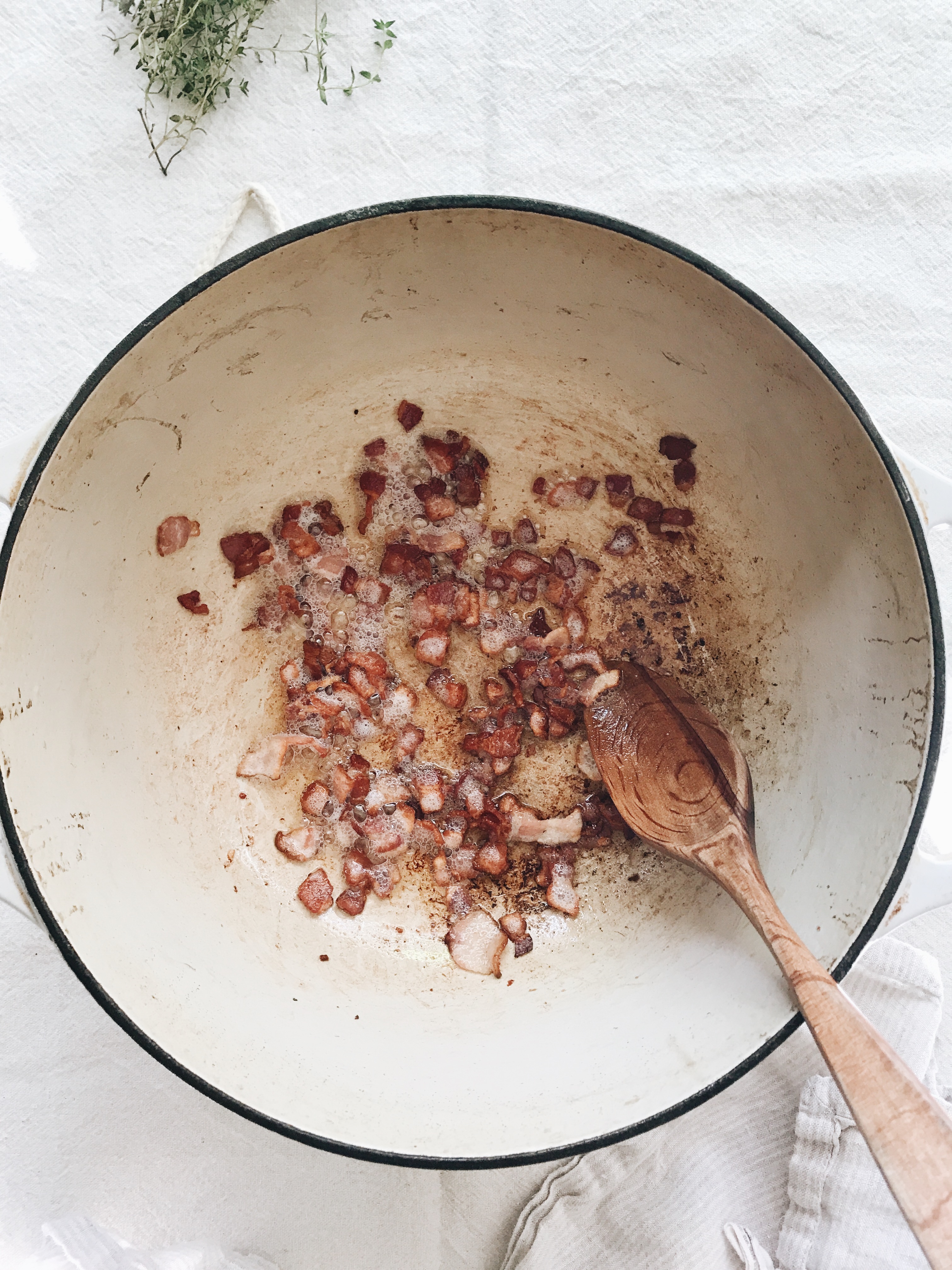 Then render some bacon! Chop it up and get it good and crispy. Leave the bacon fat in, and save the crispies for later. Maybe nosh on a bite or 40. 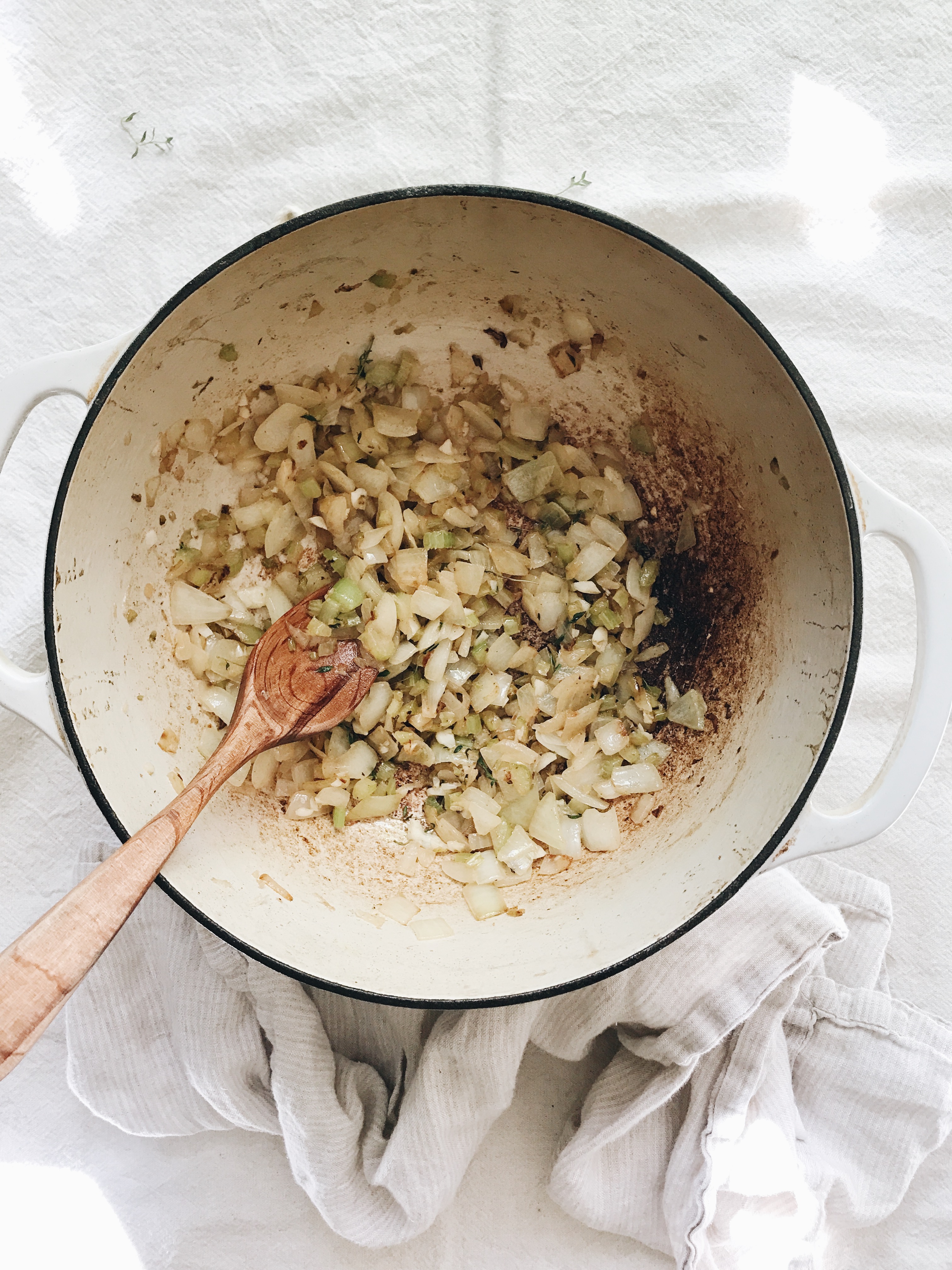 In go the classic flavors of celery and onion and thyme and garlic! And listen, some people use it – others don’t. 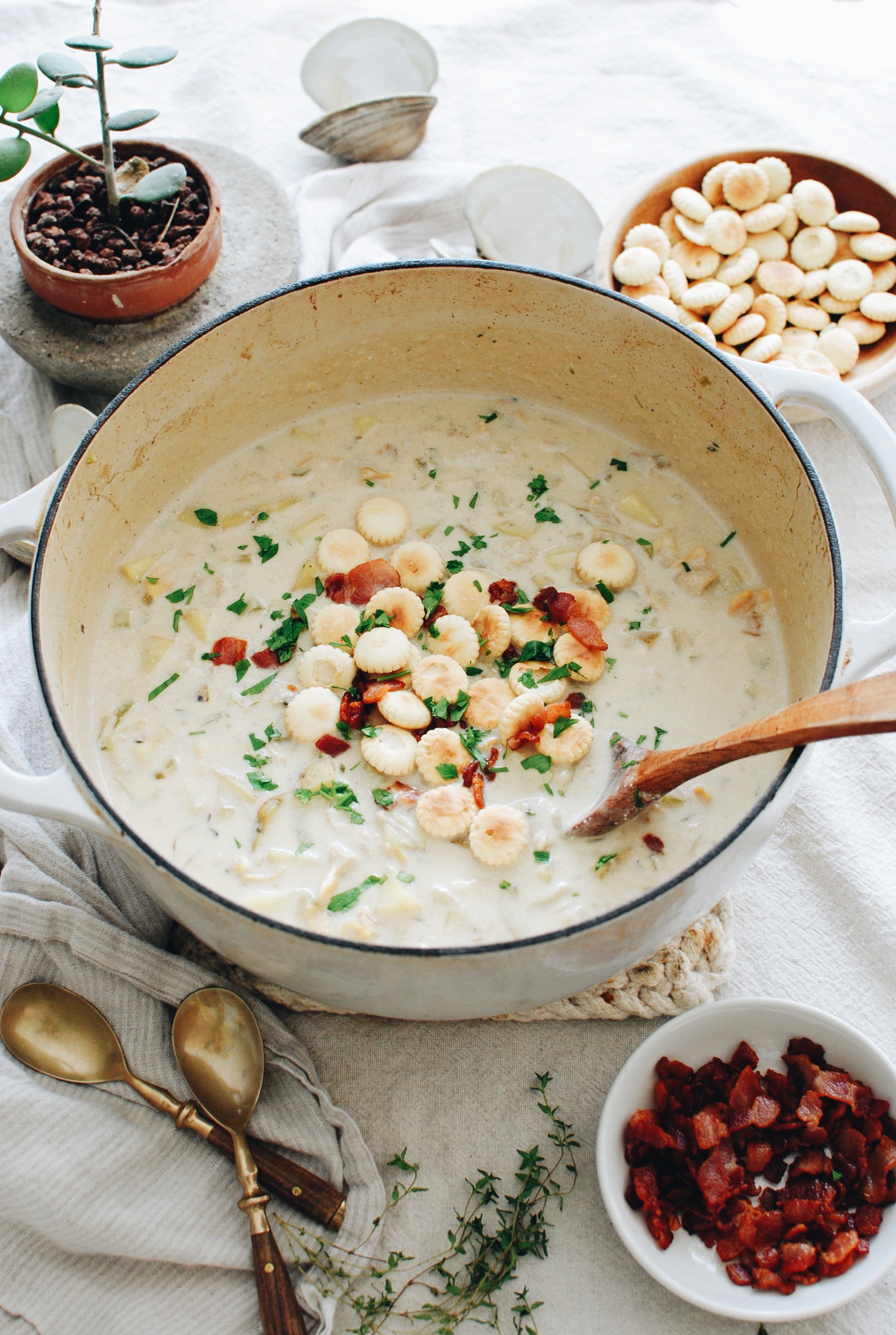 CHOWDAAAAAH. Okay, I realized I jumped quite a bit here. But chopped clams on a cutting board isn’t that photogenic. So. I’ll walk you through it. We can even hold hands if you want. No? Okay.

You’ll add the diced potatoes to the veggies, along with the strained clam juice (which ends up being a good amount, because you still have cream to add in a bit!), and let it simmer about 20 minutes, until the potatoes get tender.

SO NOW, you’ll add the cream. And let me warn you, it will probably break. I read tons and tons of recipes that mention this happening, but only Serious Eats gave the solution of straining the whole soup (into a big bowl, not down the drain omg), and putting the liquids in a food processor and giving it a good few pulses. This will help the cream and the acid become one, and not look like broken baby barf.

Add the mix back to the pot and stir in the chopped clams. AND THAT IS IT, BLESSED BE THE FRUIT CLAMS.

Garnish with bacon. Parsley. Your face. 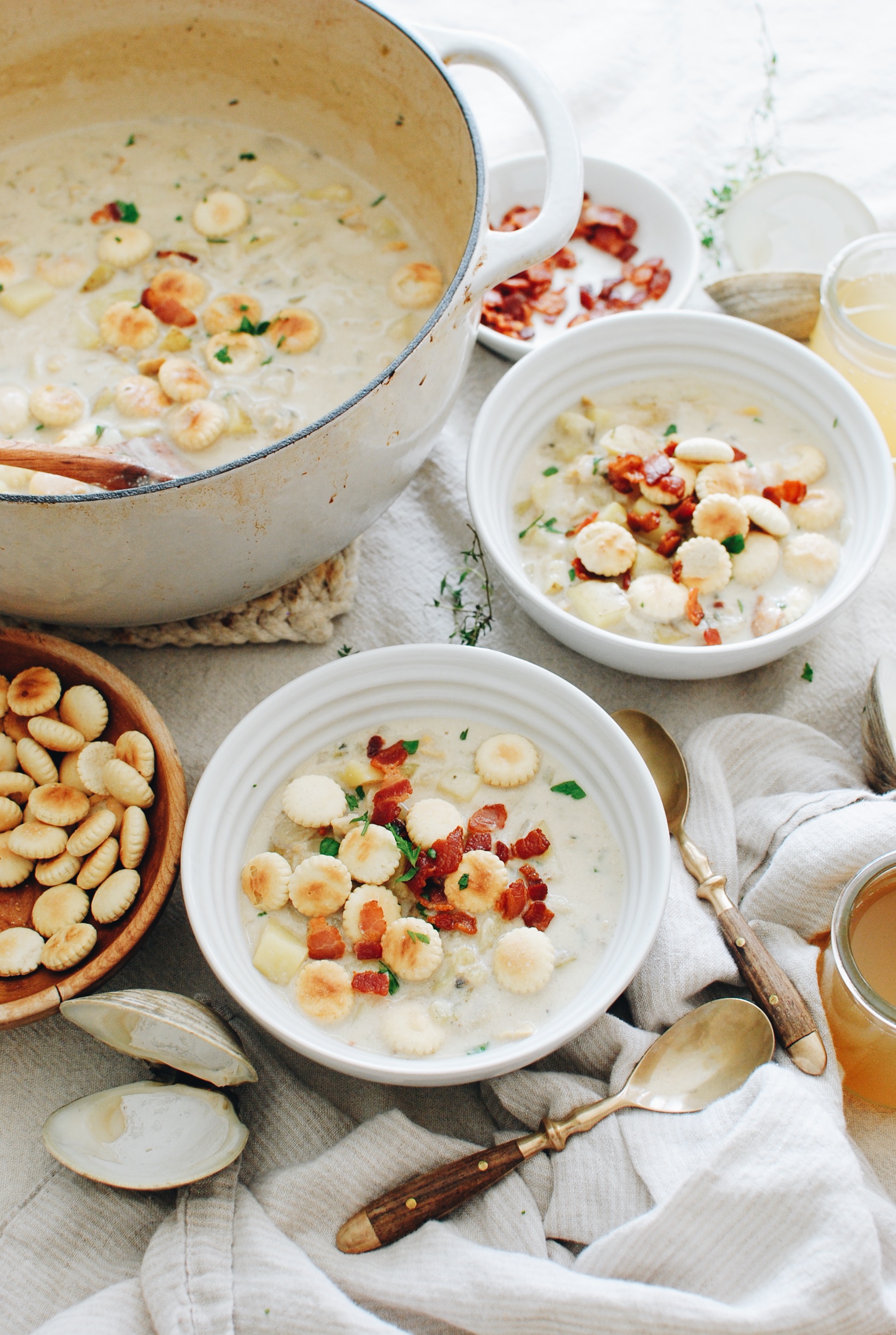 And if there’s one thing I DO KNOW from my time in New England – it ain’t chowdah if there’s not oyster crackers! (<–my fist is in the air right now.)

Add the crackers. You will love your life so hard.

Delicious and ridiculous and indulgent and luscious? Lawd yes. 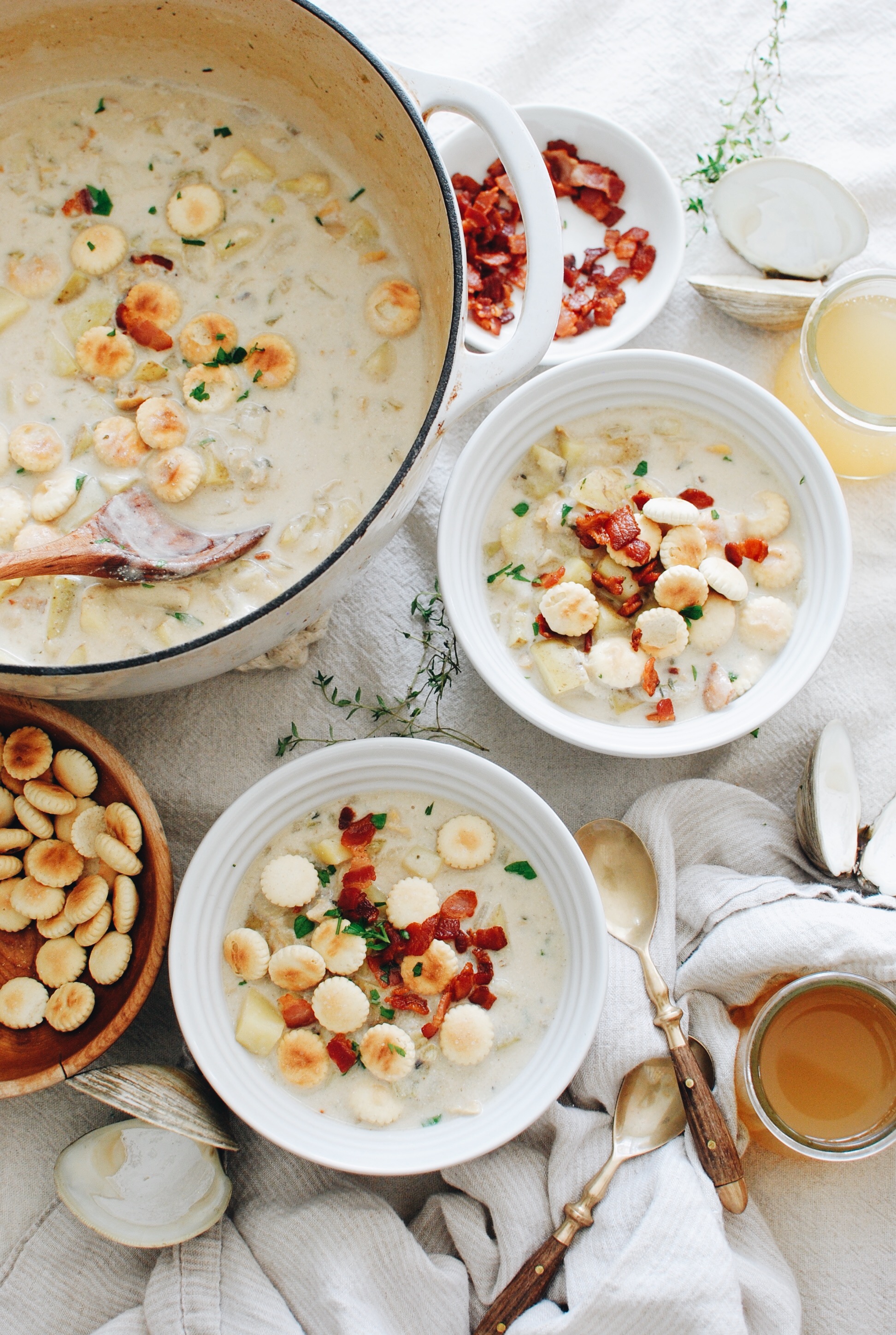 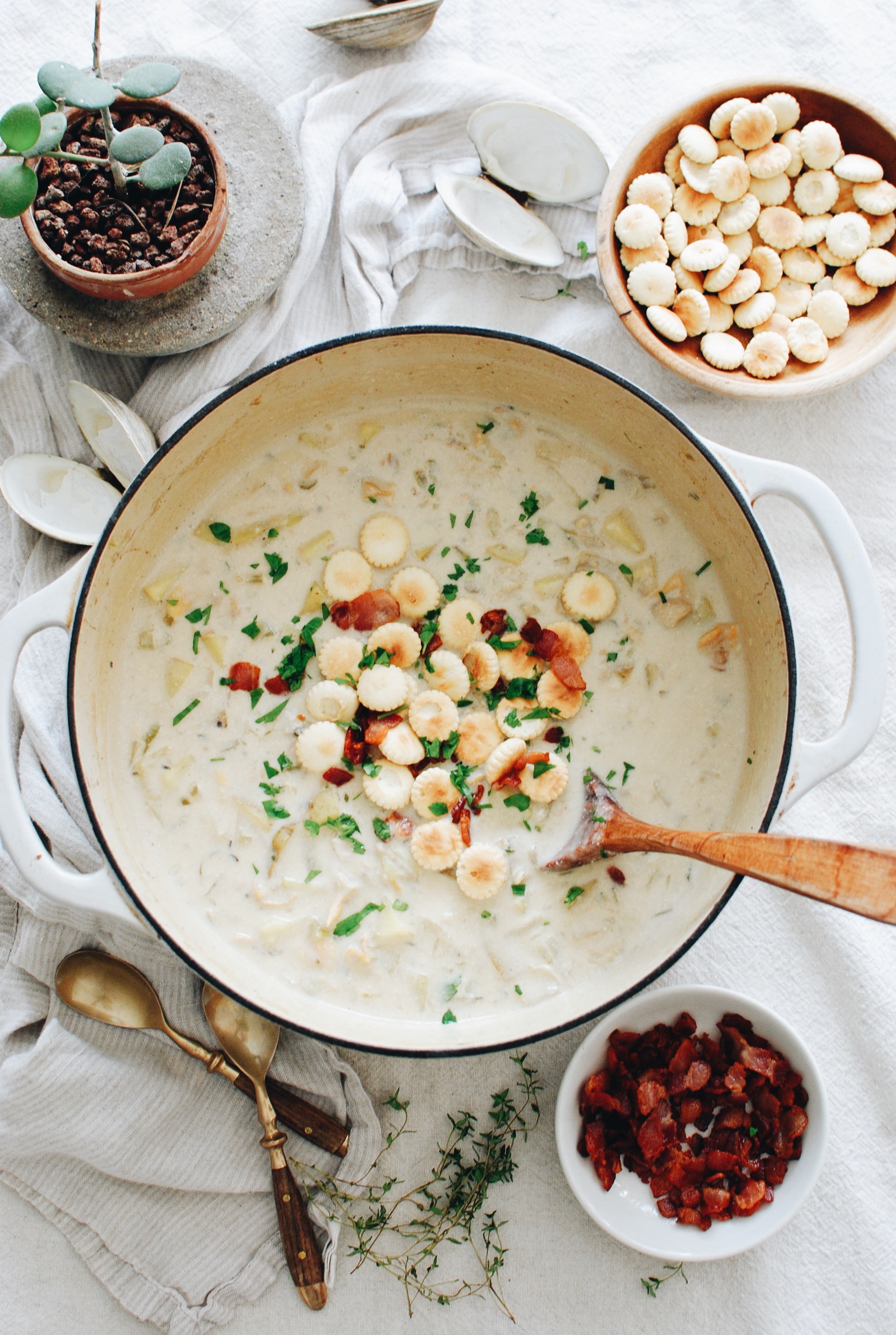 I miss New England. (also, tell me how you make your chowdah!)