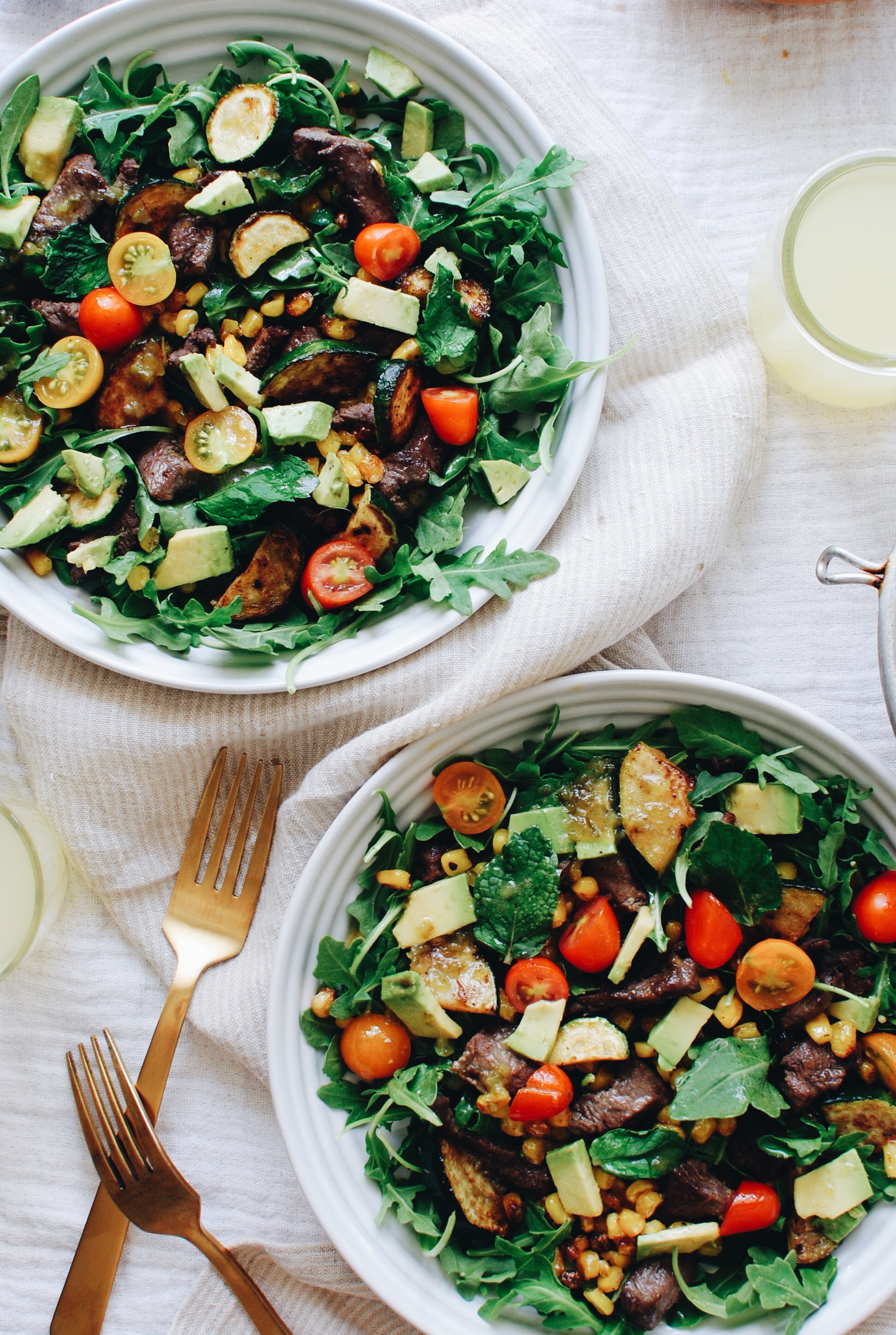 Let’s break this down. 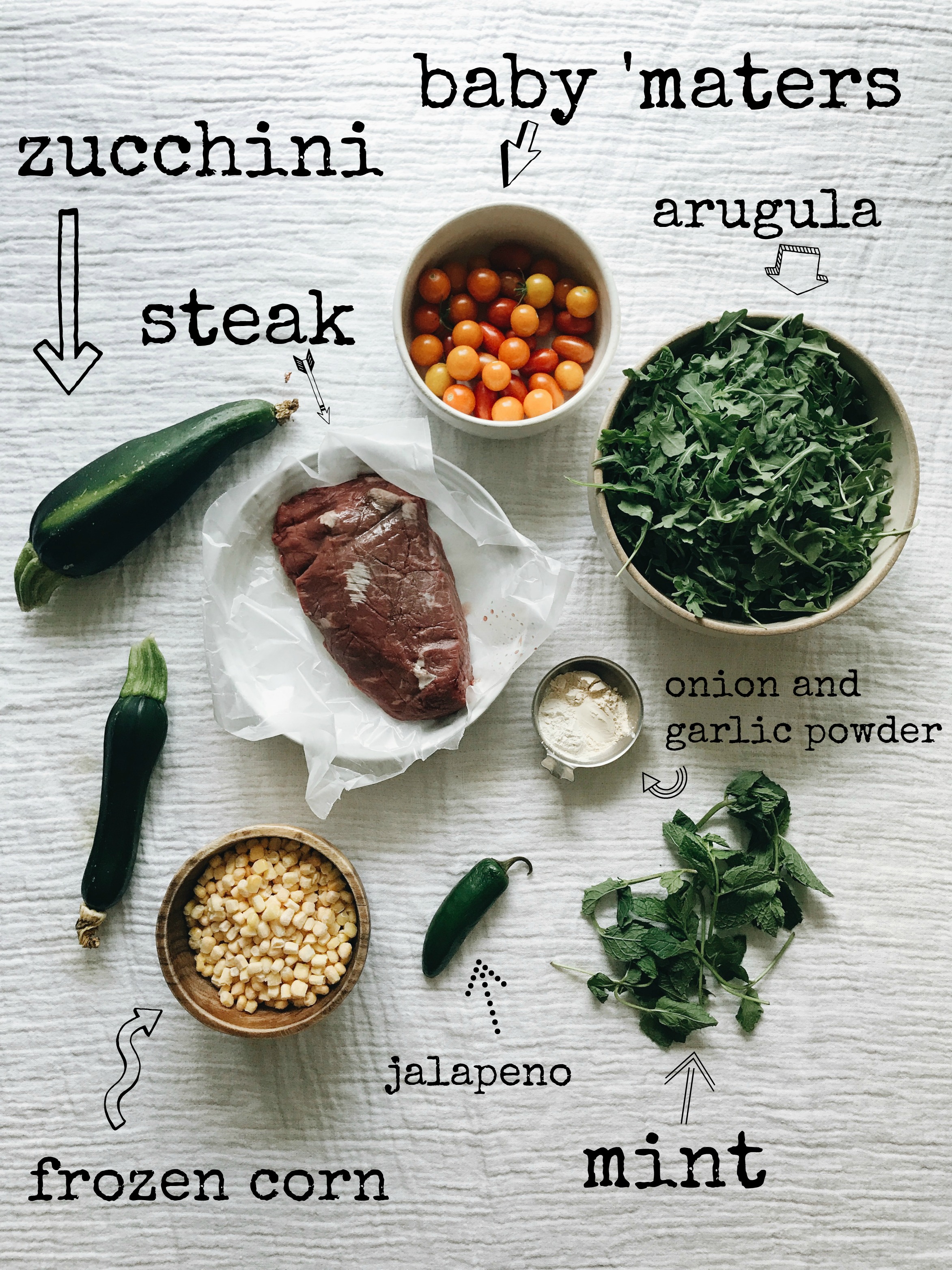 OKAY, before you start waggin’ that index at me, yes the corn is frozen. Because I have a trick. And I’ve talked about it forever. And yes you can use fresh in the exact same way. But this day was not that day. You’re gonna be fine. Just love.

You basically have all the summer loot grub: zucchini, mint, jalapeno, cherry or grape garden tomatoes, corn, and onion and garlic powder.

Just kidding on the powders. 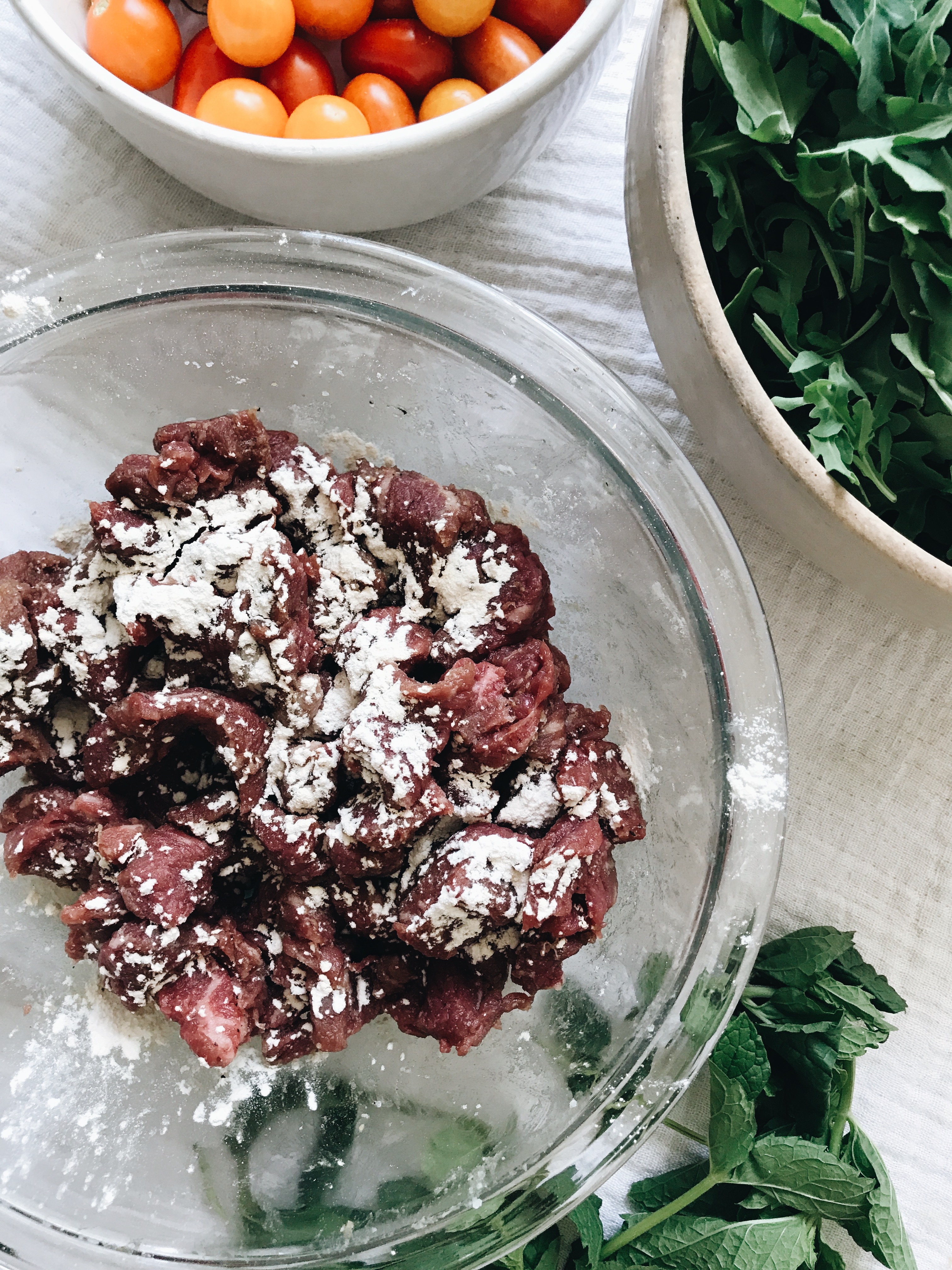 So the steak! Get anything you want, really. You’ll cut it up into tiny bite-sized chunks that will hit a hot pan later, so get something tender. This is a sirloin steak, but flank or skirt would work well, too.

I dusted it with garlic and onion powder, salt and pepper, and let it sit in a baggie in the fridge for a few hours. Like a dry marinade! And all was well in this world. 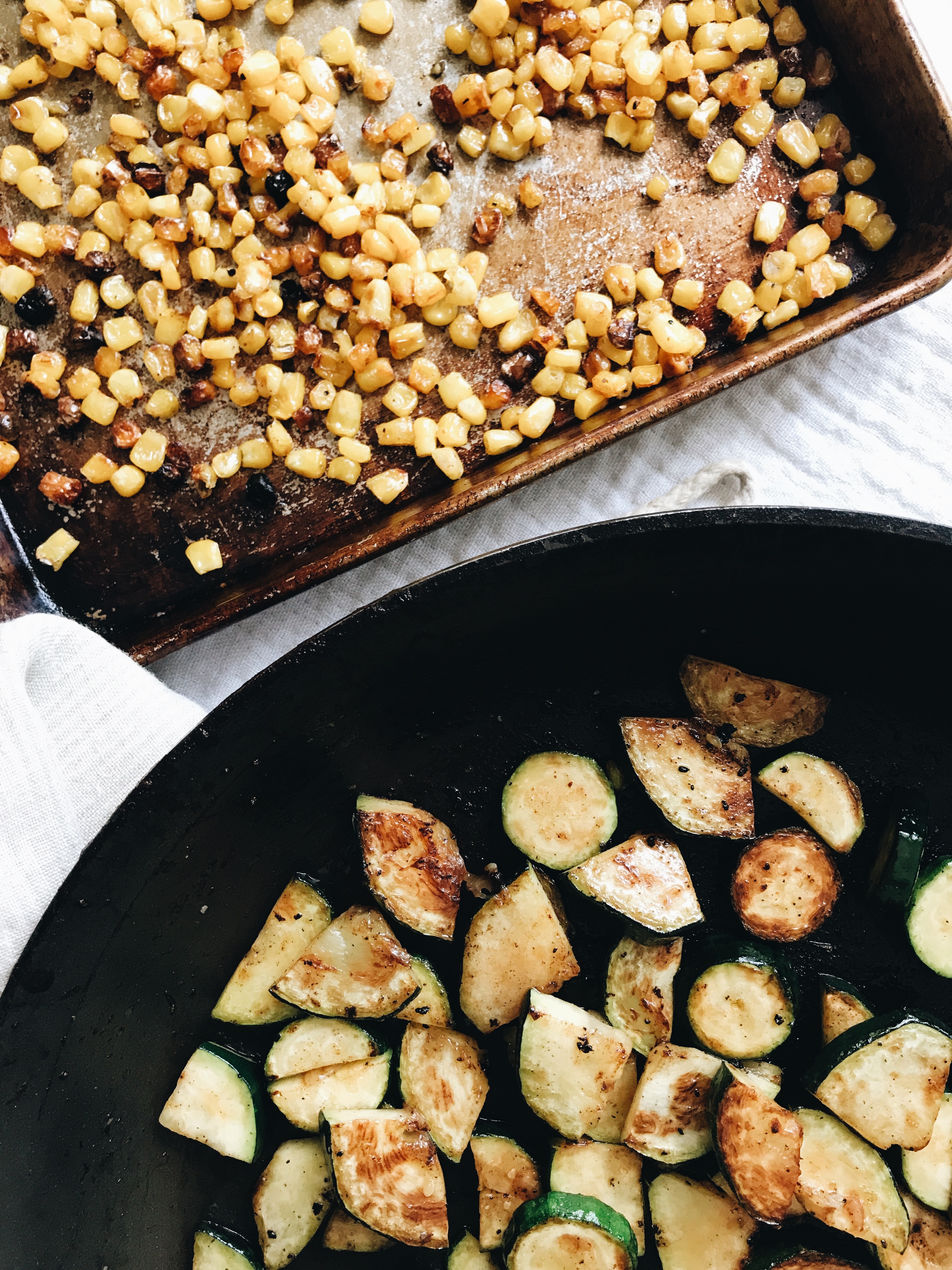 So the CORN. I do this all the time, and we talk about it all time, but I seriously want you to try this all the time. Dump that frozen corn right on a baking sheet and drizzle it with a little AWL. Season with salt and pepper, and B R O I L it. For like, 12-15 minutes, tossing every five to make sure they get all evenly charred and almost crunchy like.

If you use fresh corn right off the cob – fabulous! You won’t need the full 15ish minutes. Maybe 8-10. Just keep that eagle eye AWN EET. 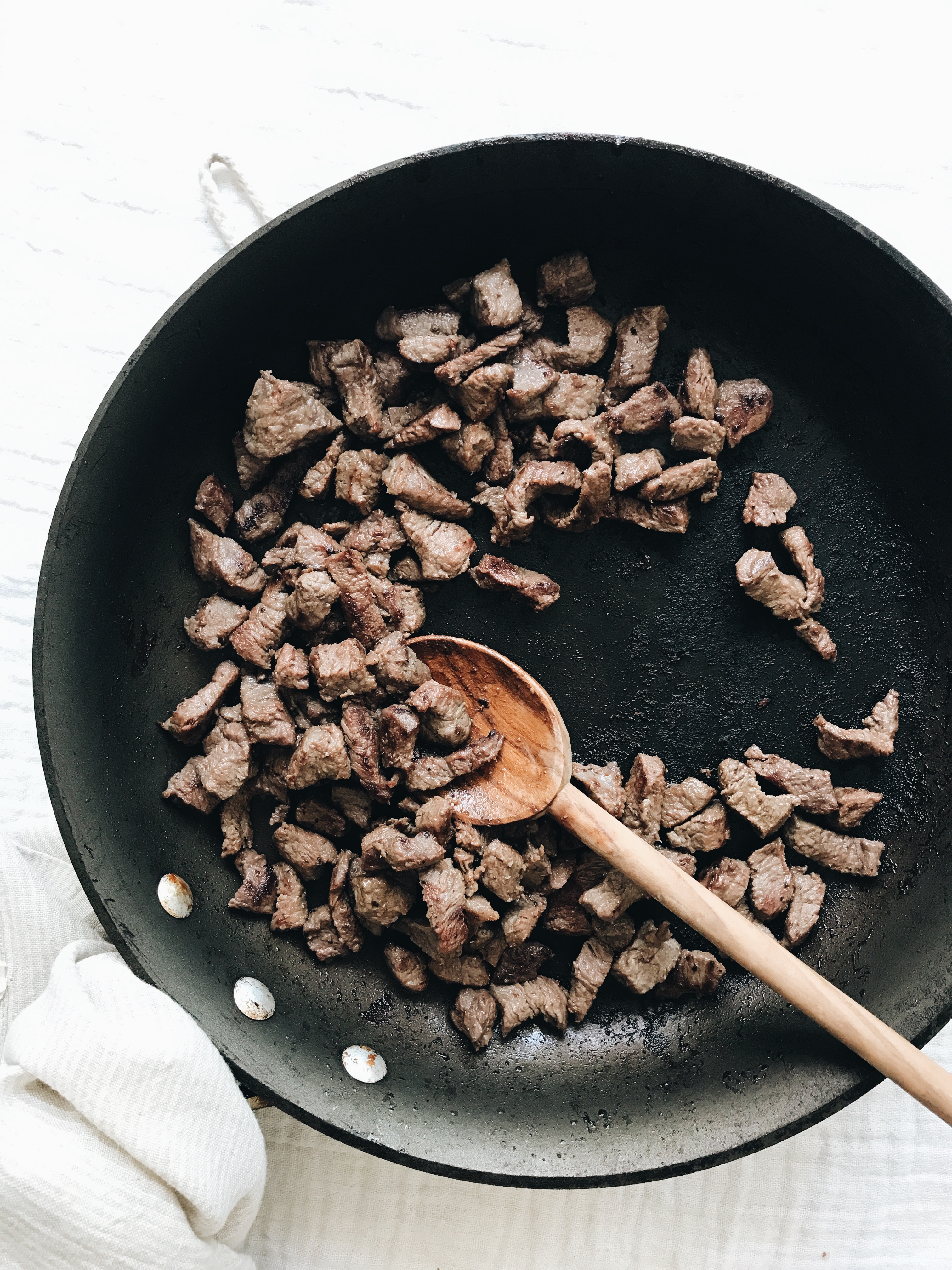 Sear the steak! Start with no oil, because the steak will release so much of its own juices, and you don’t want to end up braising the steak. If it seems dry, add a tsp or so, but keep tossing it around the pan until you get nice browning all over.

And it smells completely ridiculous with those POWDERSSSSAAA. 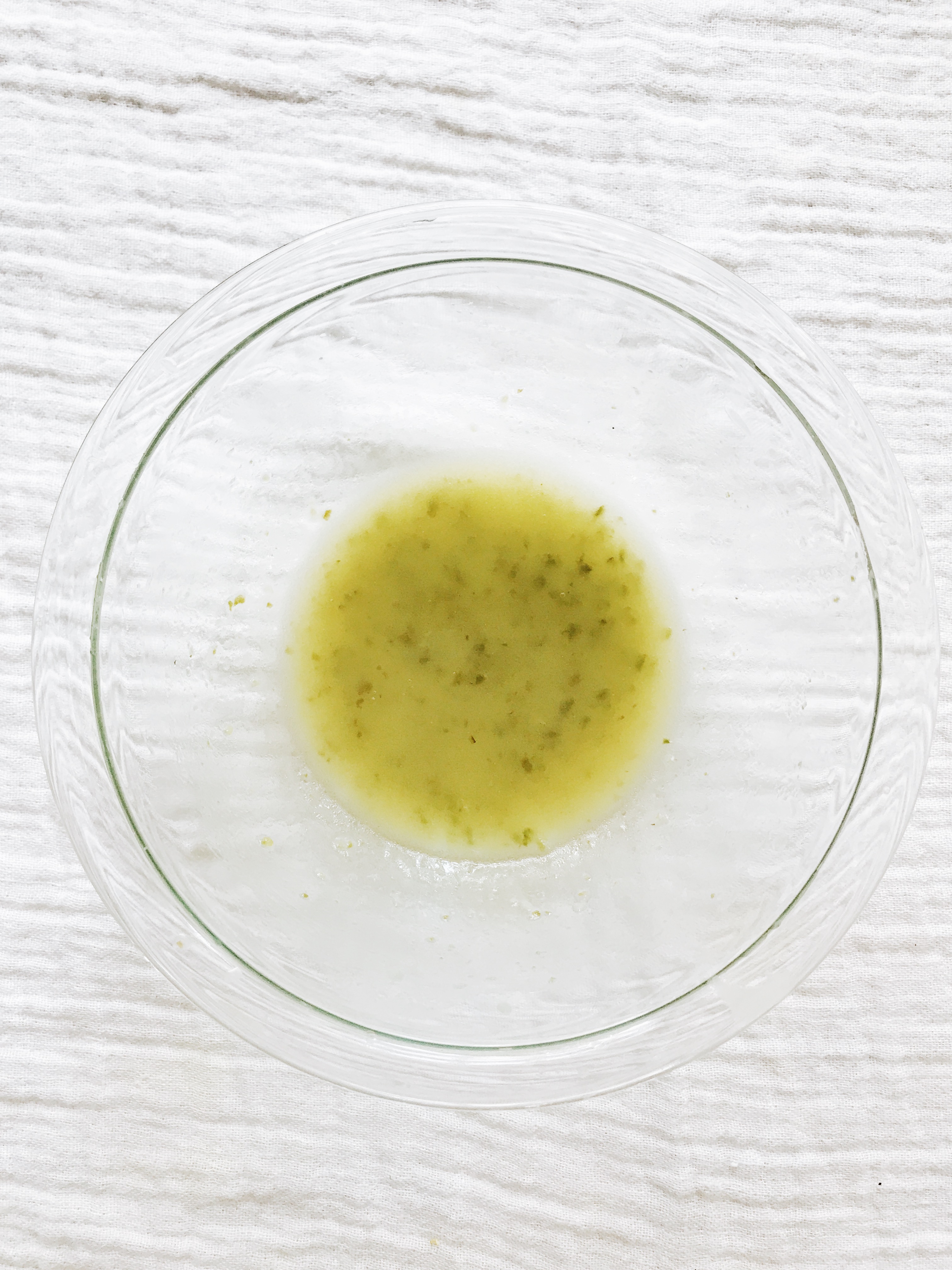 So the dressing! I roasted that jalapeno, babe. With the corn, at the same time, flipping every few minutes to get the pepper charred and blackened ALL over. Let it sit in a little plastic baggie until it’s cooled, then peel the skins away, scrape the seeds away, and chop it up all tiny like. Boom.

Add some fresh lime juice, a pinch of salt and a good drizzle of olive oil. That’s your dressing, pigeon. And it is SICK.

I’ve never said sick before. I feel like I need to be on a skateboard or something. It’s ILL, BRA. 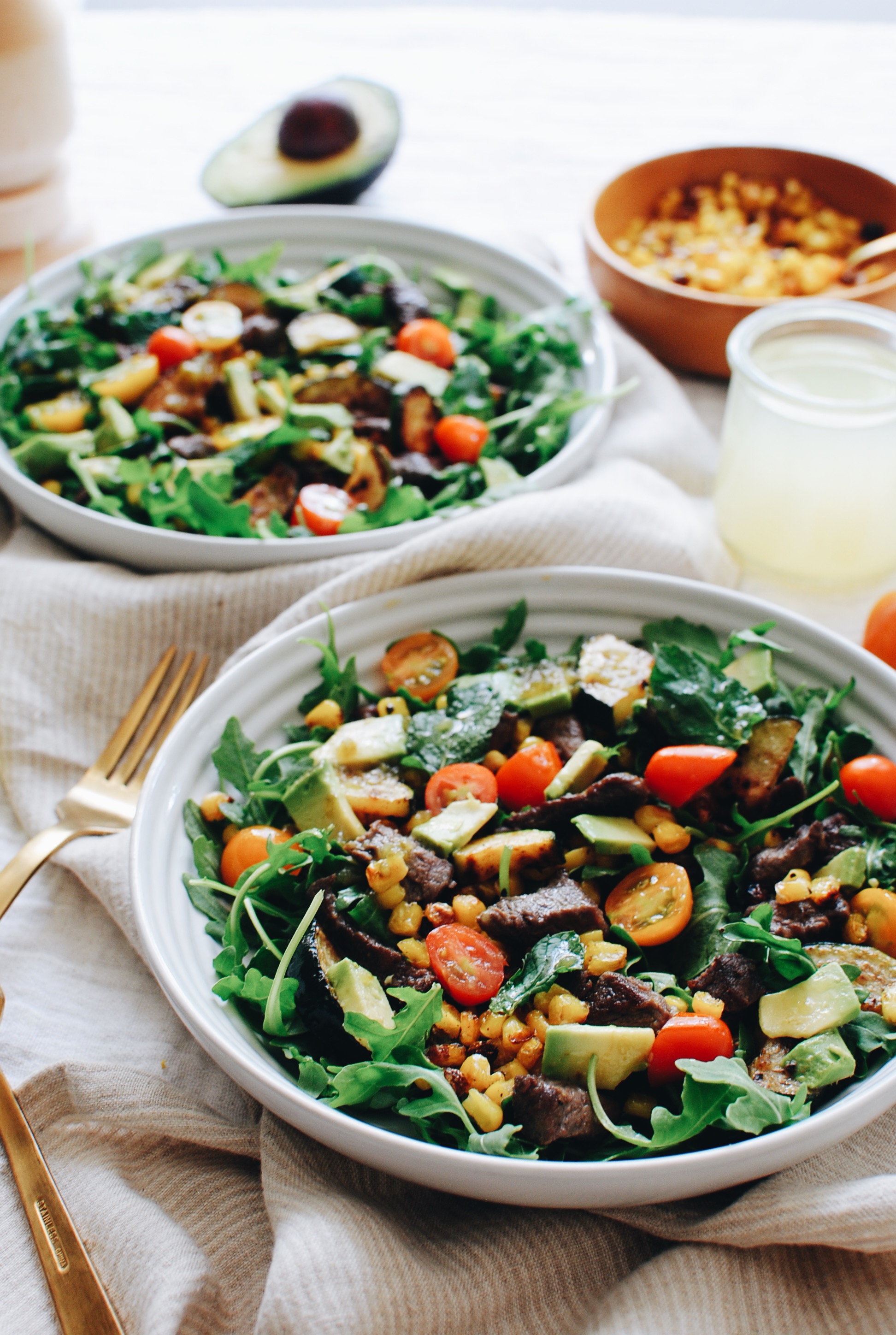 And this is your freaking summer steak salad. I added diced avocado last second, because I enjoy the fine life.

It’s DELICIOUS, and I hate that word. But it simply is! The tender steak bites all nestled in the peppery arugula with the sweet, crunchy corn, bright tomato halves, and seared zucchini. OH AND THE MINT.

UM, the mint is everything. Just a scattering of mint leaves will do. It wakes everything up with an unexpected fresh POW, especially with the depth of the roasted jalapeno dressing.

Like, you’ll want to punch this right in the face. 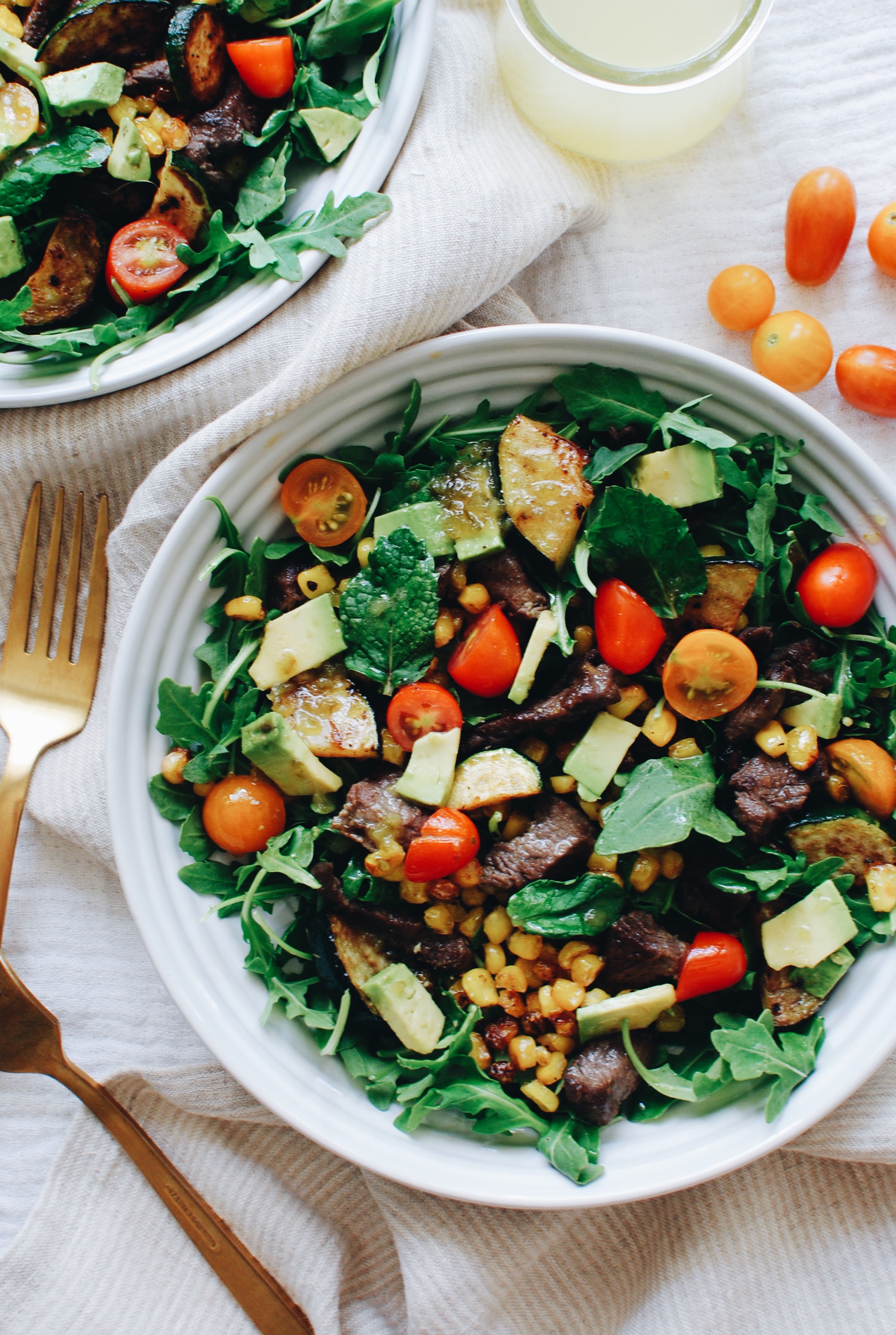 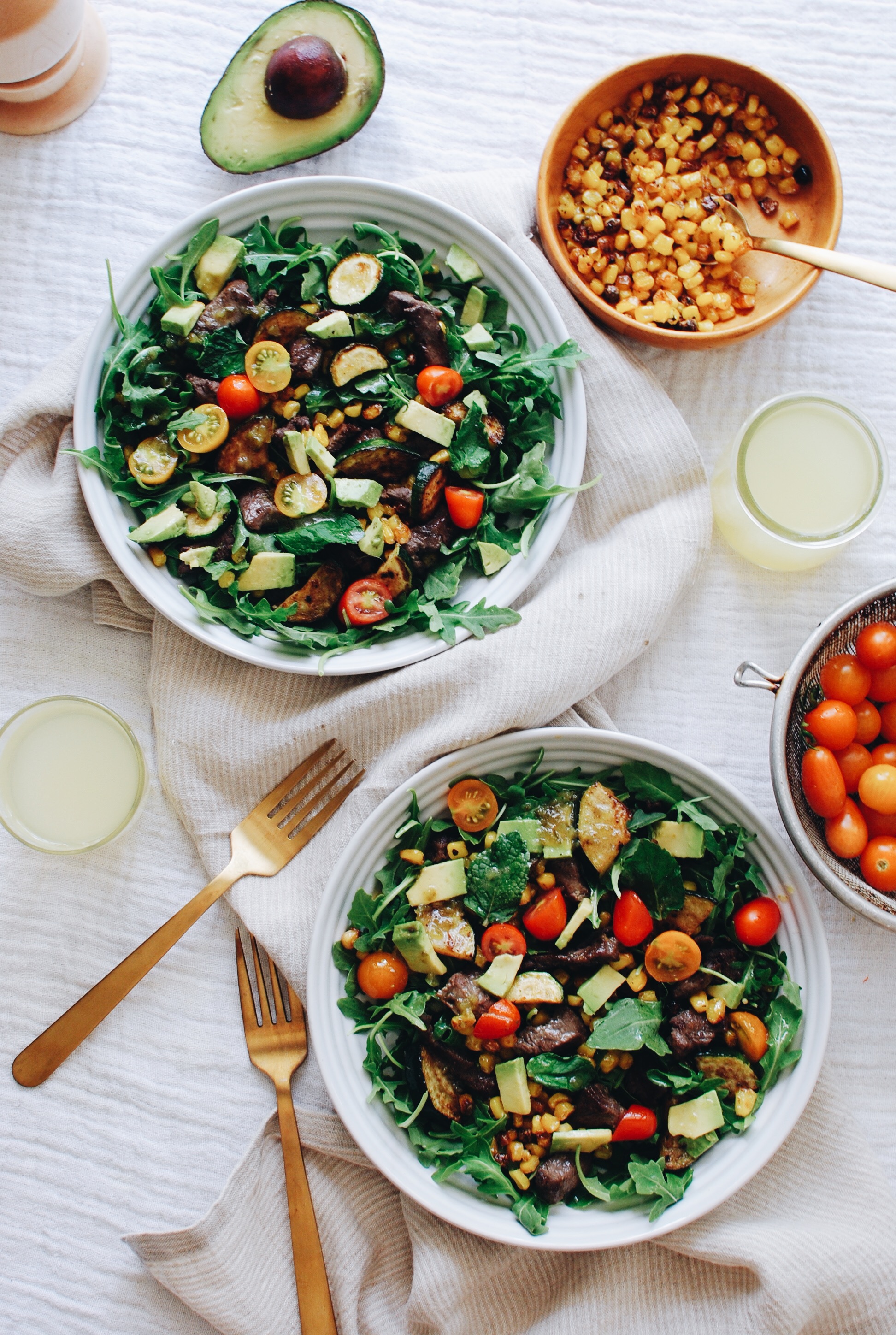