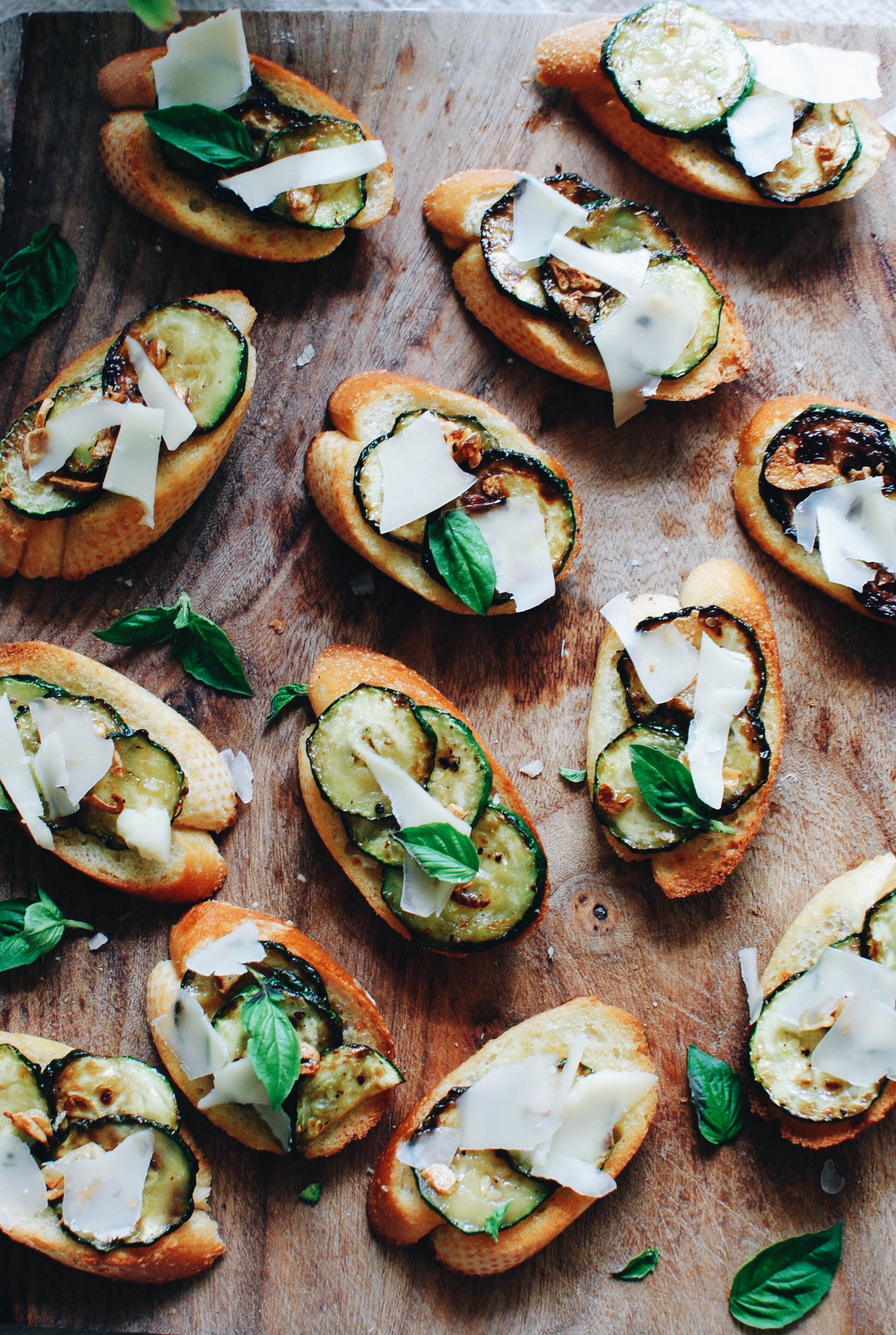 CROSTINI. Talk about some major summer noshies, guys. It’s that kind of snack that’s like, obnoxiously balanced. And EASY. Ugh, so easy.

You have crusty, garlicky baguette slices, more sautéed garlic, perfectly-seared zucchini rounds, topped with cheese shavings. But not just any ol’ cheese shavings. These have Roth’s insanely delicious GRAND CRU shavings on top and you will want to immediately crumble into tears for a month.

Let’s look at this. 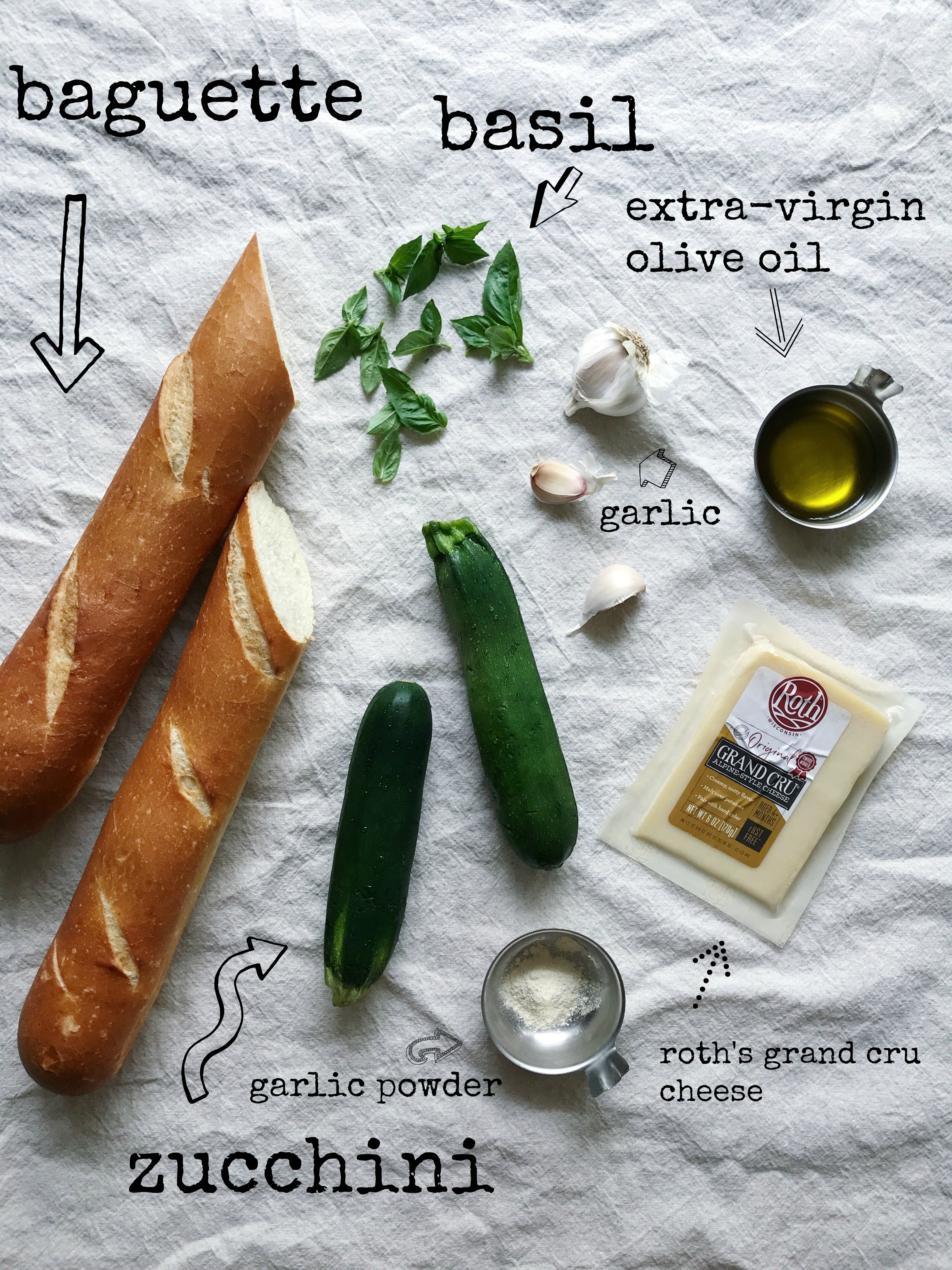 Thing is, I’m a firm believer that appetizers should be QUICK. And simple! But still offer a bit of fresh meets complexity meets texture meets your entire upper torso. And that’s exactly what these ultra summery nibbles do. 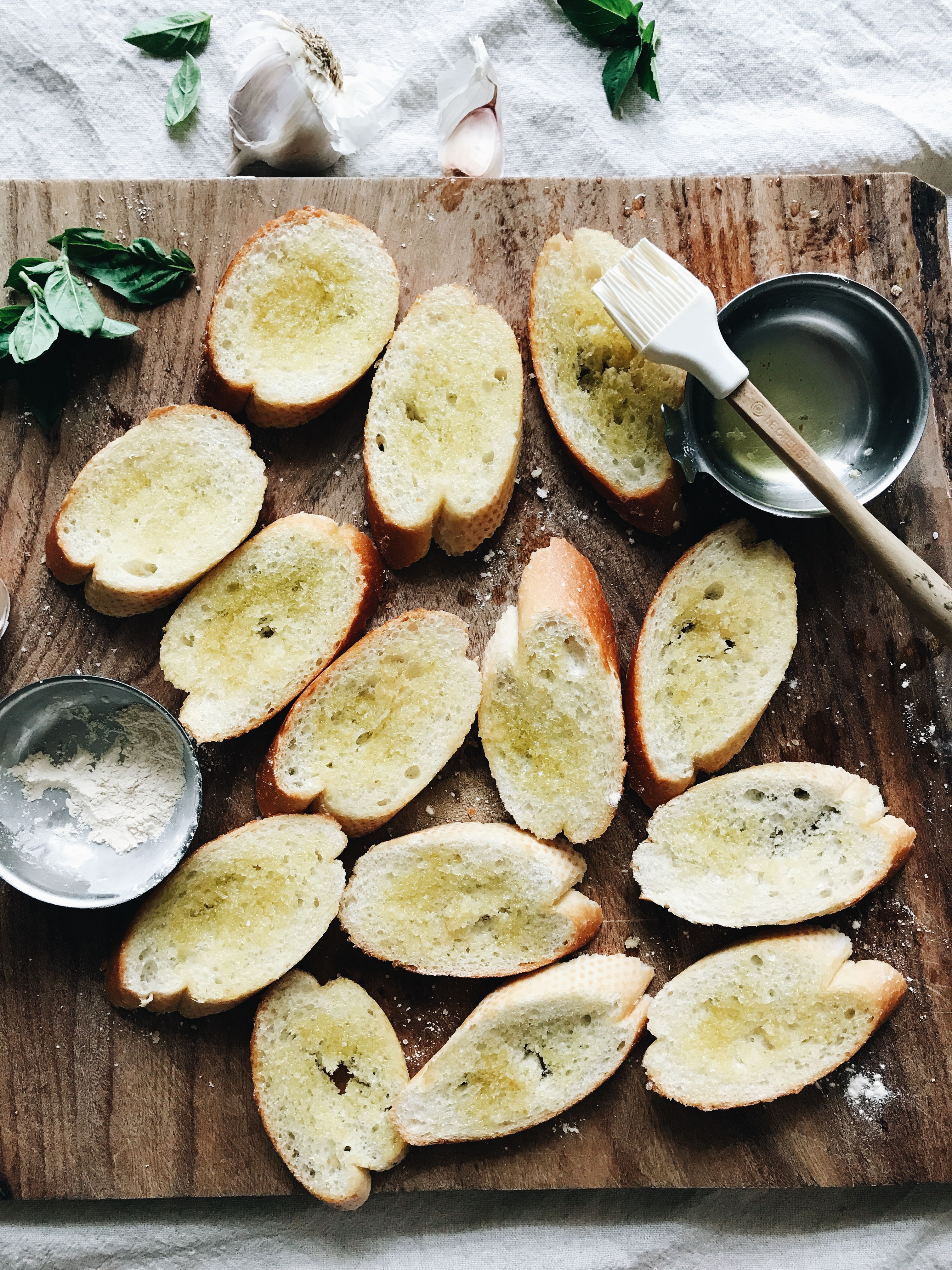 Let’s start with the bread! Regular baguette, sliced semi thinly. Brush it with olive oil, and sprinkle those mothers with a little bit of garlic powder and salt. That’s it!

And LISTEN, you can absolutely grill this bread if you want. But you already know this about me – I can’t do extreme humidity. Even with our new super pimp pergola. I can’t do it. So if you’re a massive sissy like me, toss these in a toaster oven and give ’em a quick blast. The end. 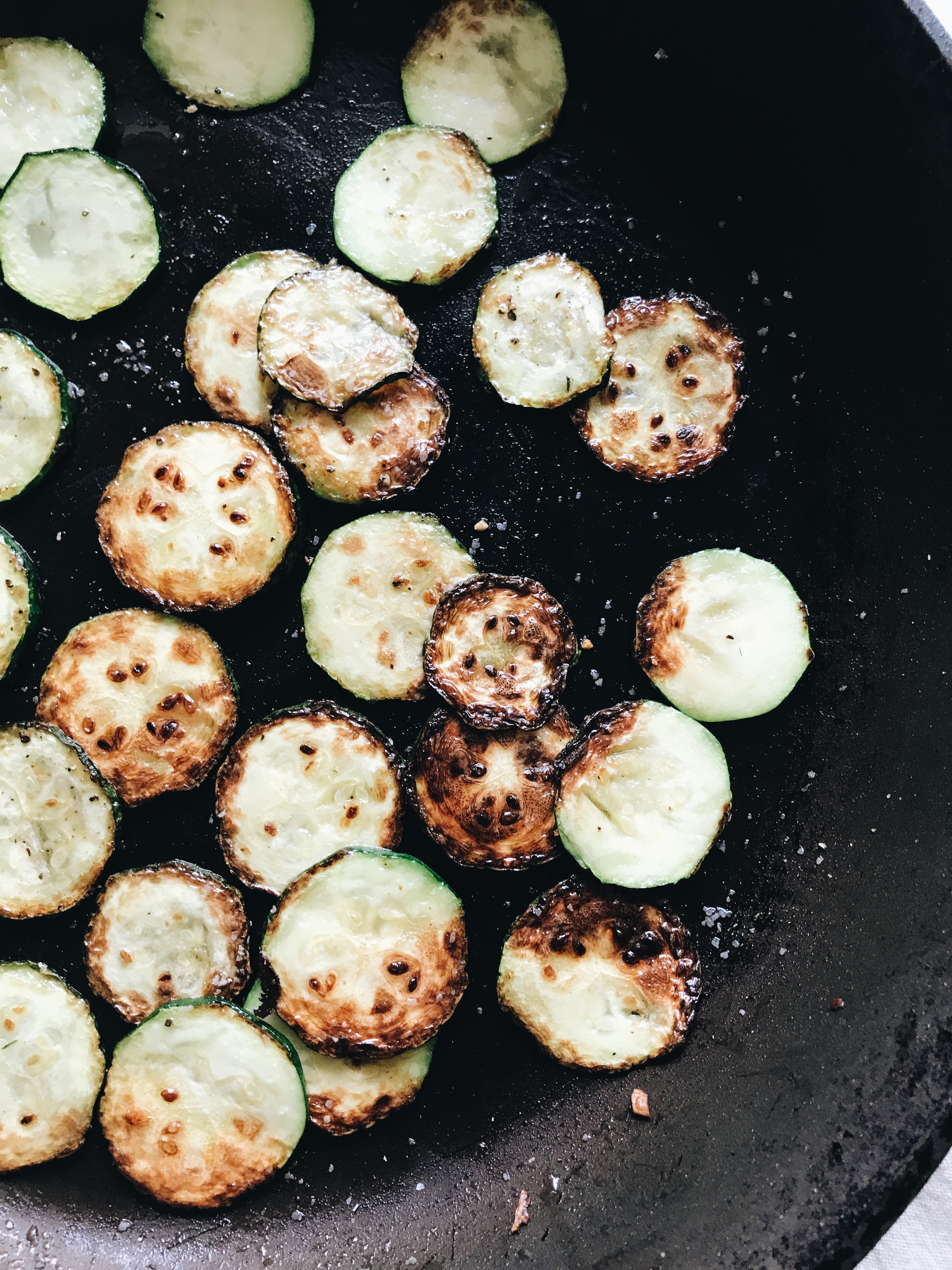 Up next, the zucchini!

But actually, first it’s the garlic. Sauté a few chopped garlic cloves in a bit of oil until super fragrant and a lovely golden brown, – almost crispy. Crunchy, ya know? So good. Remove them from the pan and sear that zucch, brah. 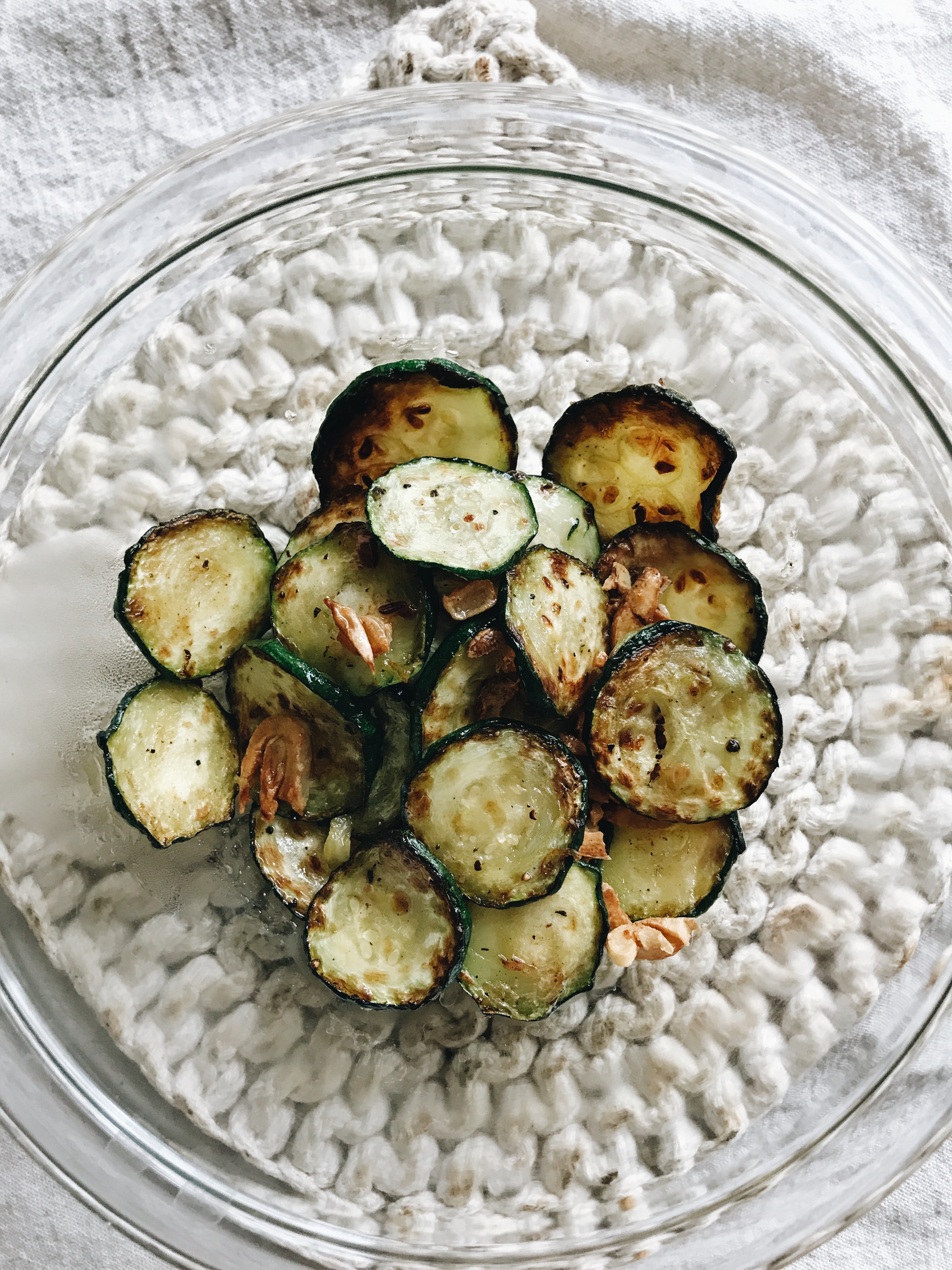 Theeeen just toss the garlic and zucchini in a bowl together with the cooking oil, and watch the two fall in love, marry and have fragrance cloud babies.

Let’s start a band called Fragrance Cloud Babies. No one likes us. 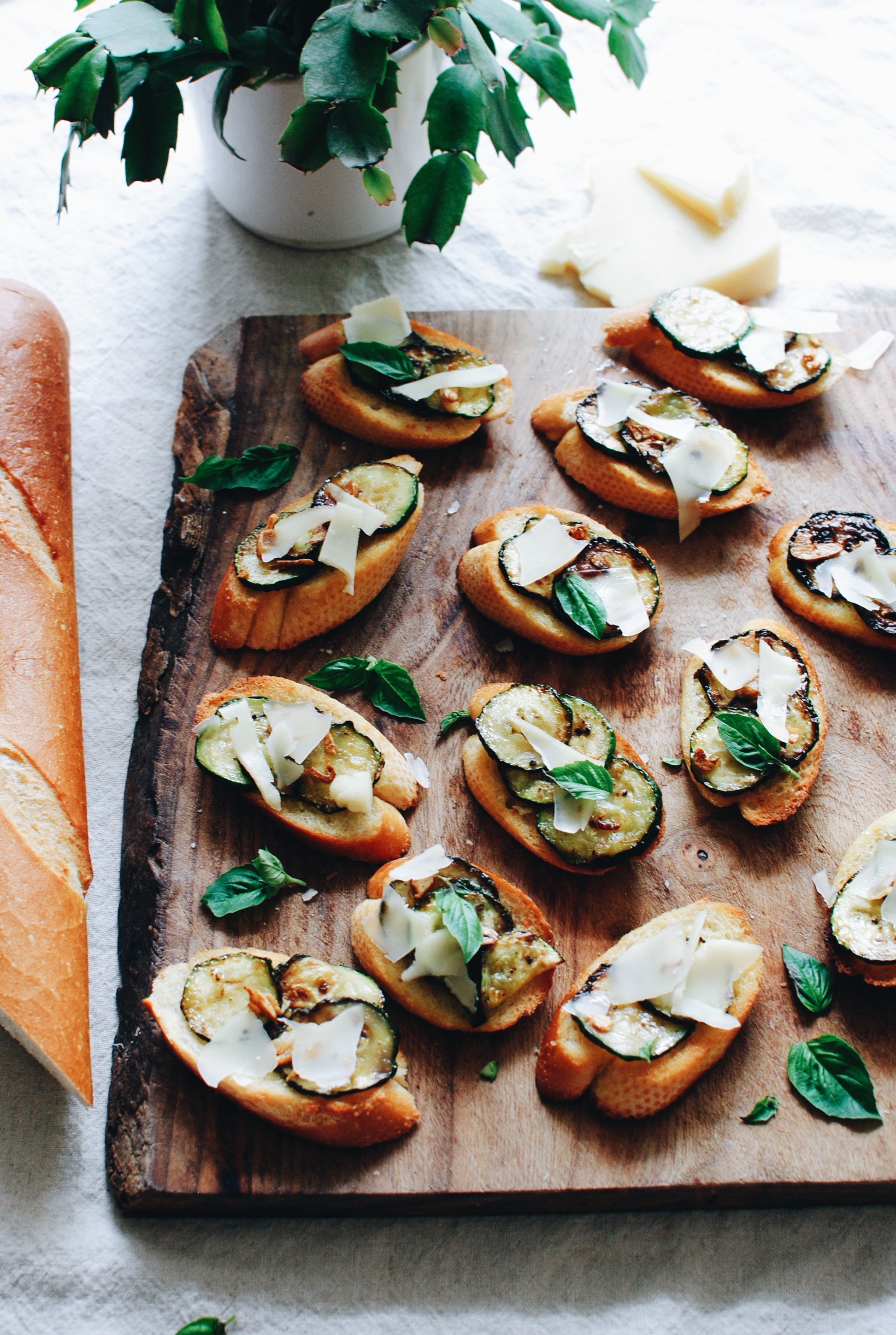 And the rest is simply layering! Three or four slices of zucchini, a bit of crunchy garlic, and then the MAGIC – Roth’s Grand Cru. Like, seriously. This will rock your entire face off and to the ground. It’s similar to what a regular parm would do, but ELEVATED. Nutty but creamy, salty but mellow. GUH, I can’t. I have to. I will.

This is such a ridiculous summer treat, I beg you to get it in your life. Stat. 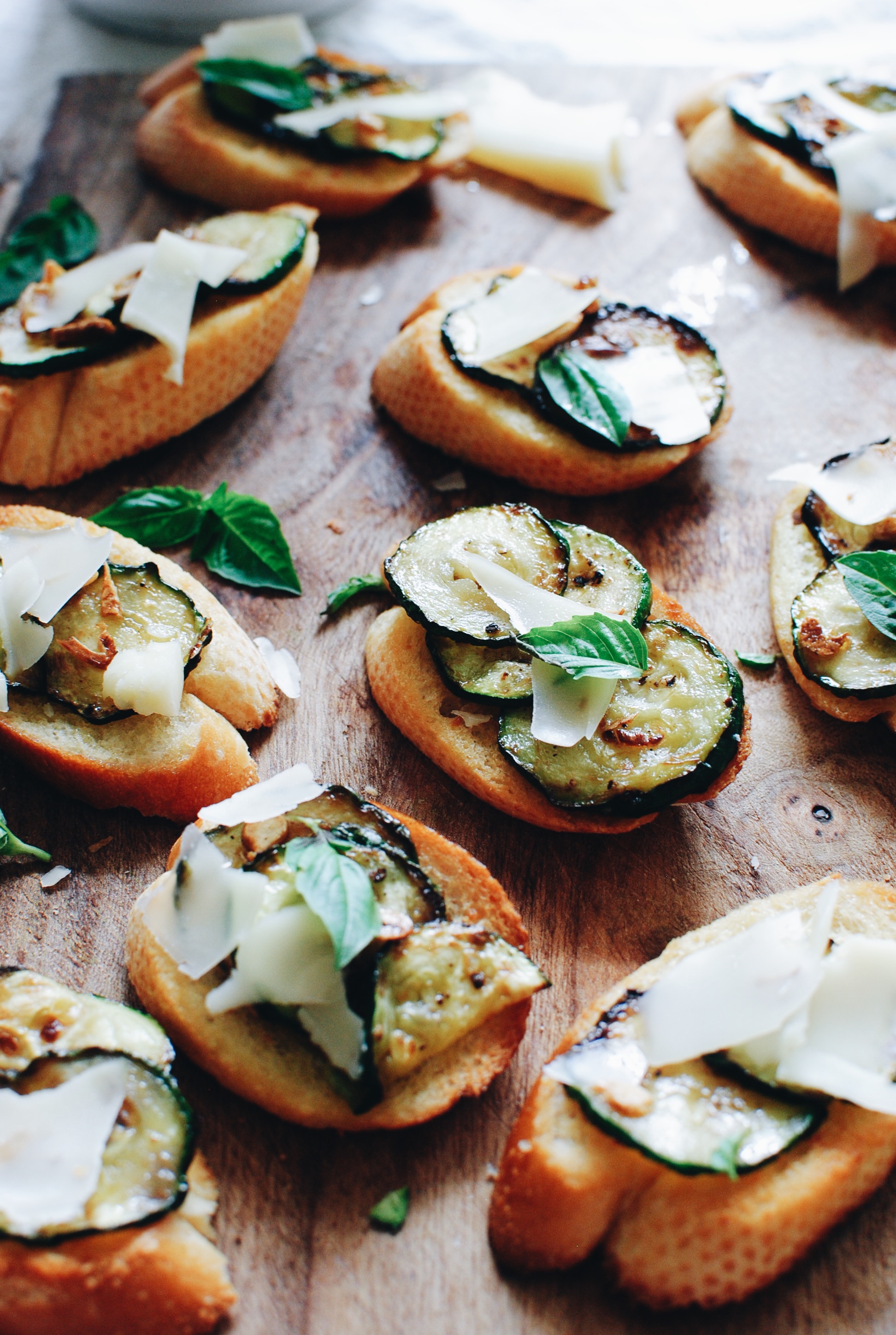 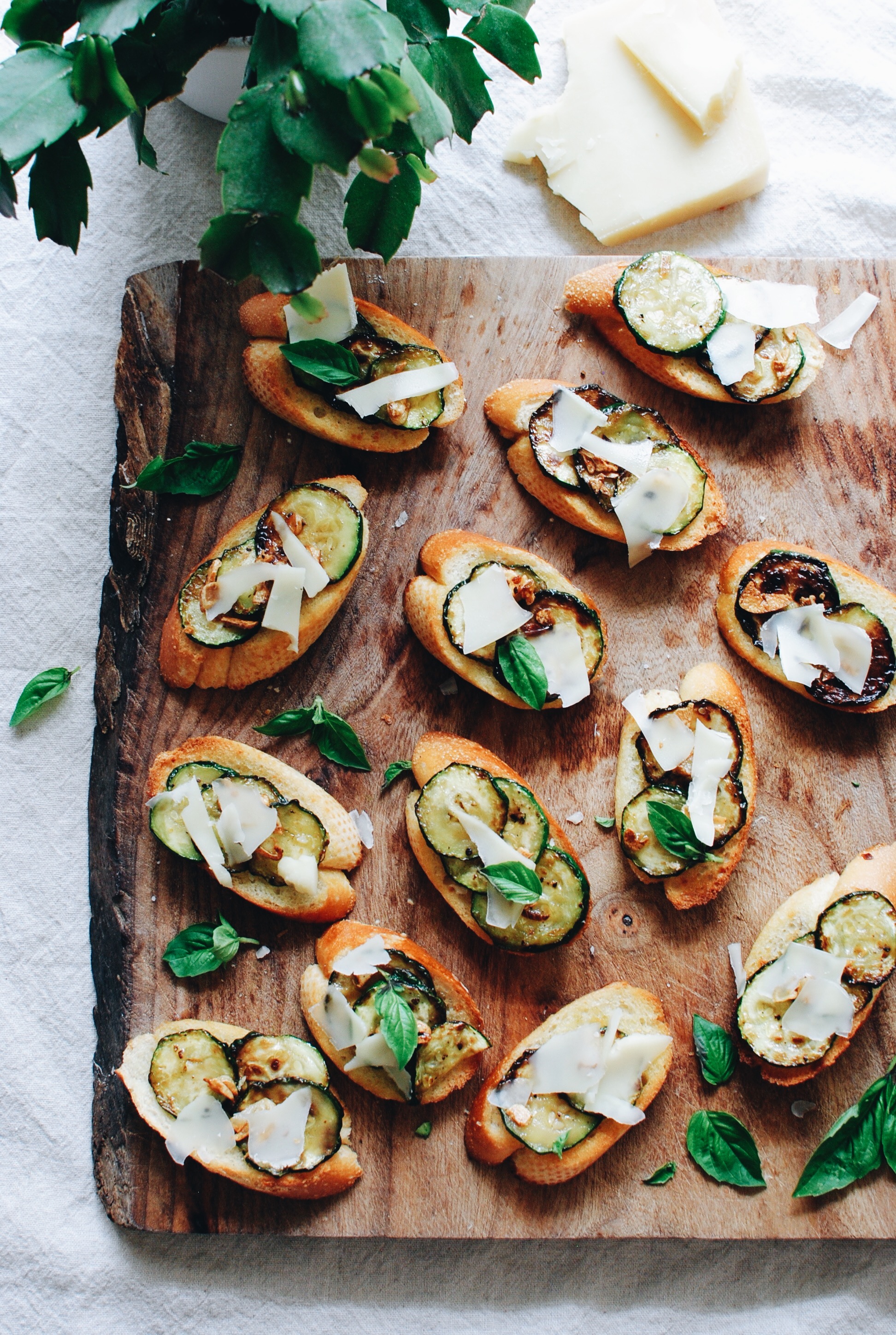 And a rosé and LIFE MADE.