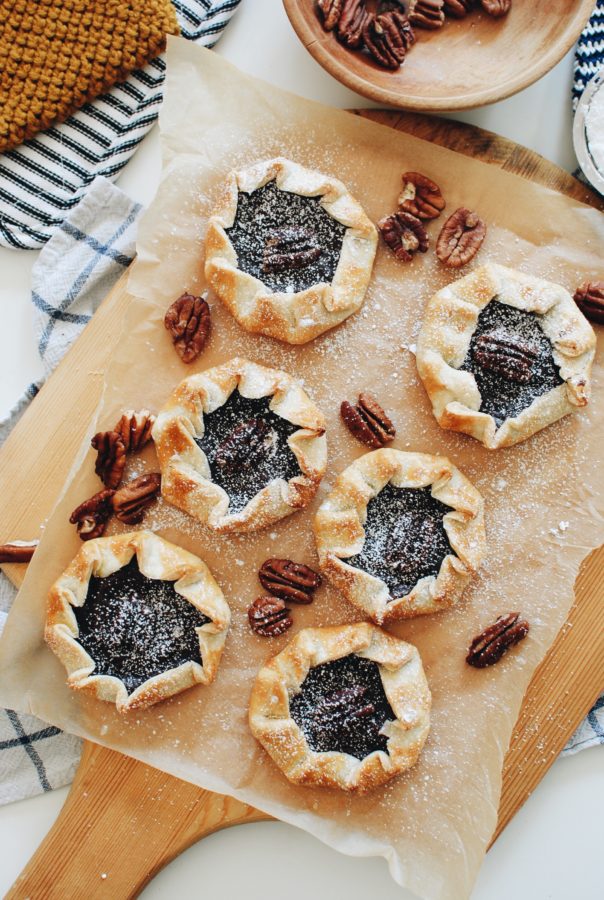 And not only is it a dessert, it’s more like a Thanksgiving/Holiday/Life HACK. 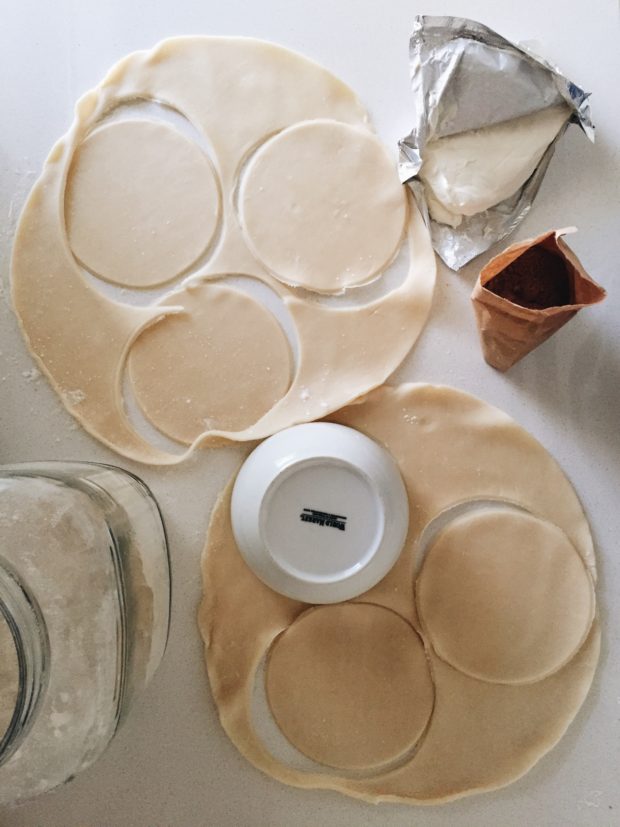 While we’re in Hackville, just buy one of those roll-out refrigerated pie crusts and use a 5-inch bowl to cut out little circles. It made six circles for me, so you could moooost def squish and roll up the remaining dough and re-roll it out, but I have the patience of a cracked-out hummingbird, so. 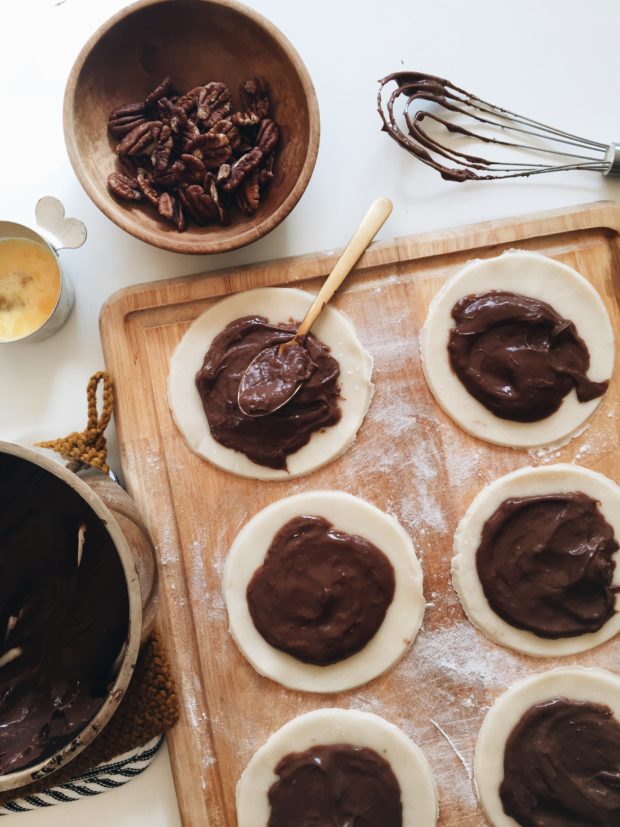 Another thing to note:: I only used one cup of milk (half of what the box calls for) because I was afraid the puddin’ wouldn’t hold up inside the galettes. I needed a gutsy pudding! Let’s start a band called Gutsy Pudding. We’re already awful. 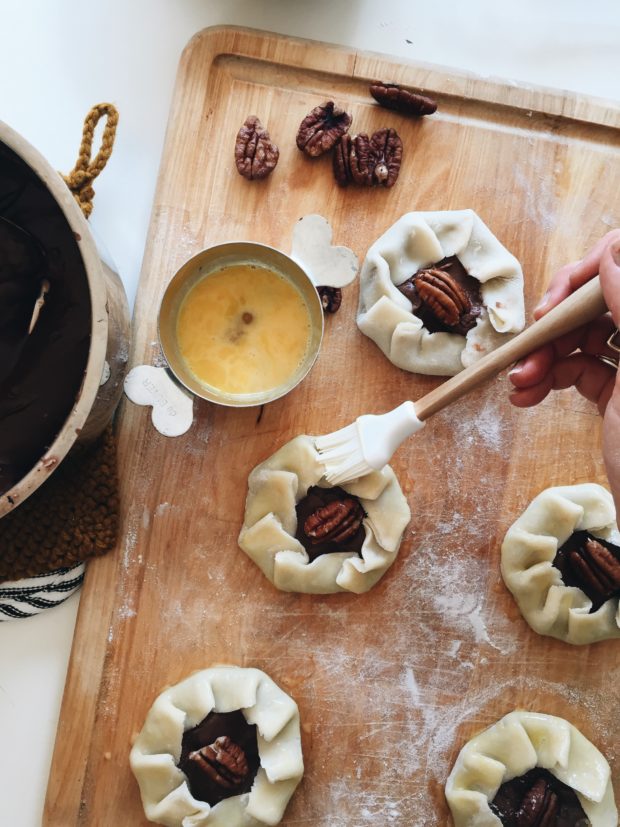 Place a single pecan in the middle of each baby galette. Bam.

Brush with an egg wash. Boom.

Get ’em ovenized. Do what? 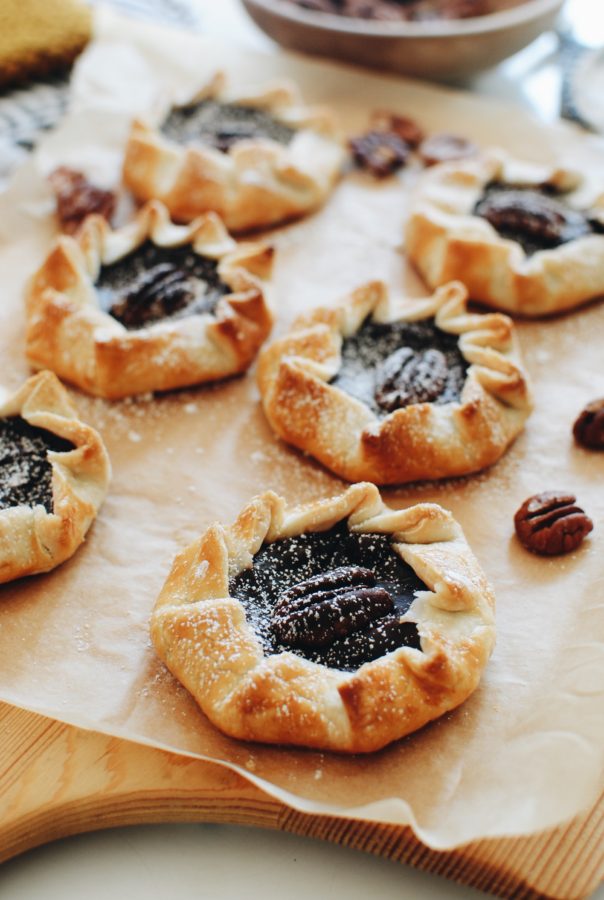 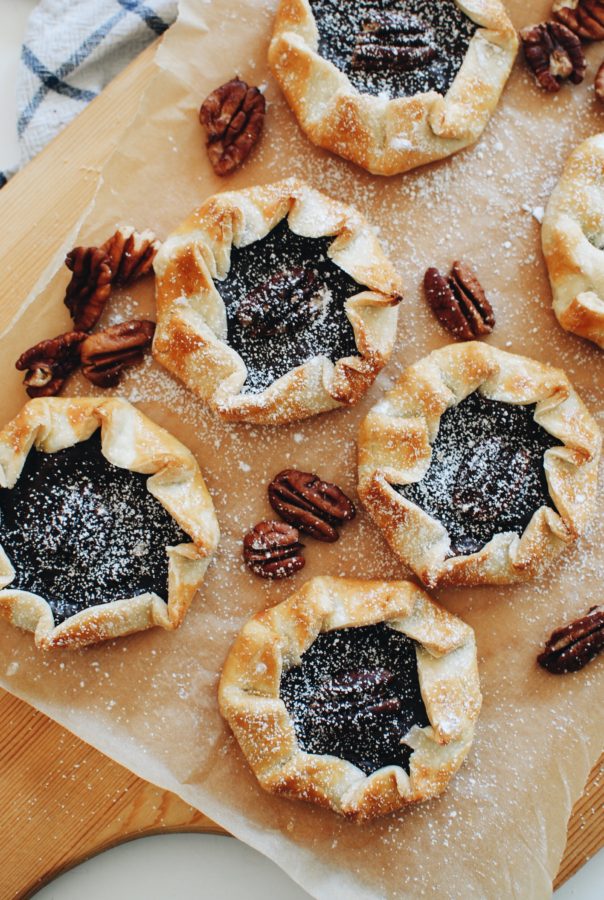 You’ve dusted them with a sprankle of powdered sugar, by the way. That’s why you’re sobbing uncontrollably right now.

Make these! You must. You just must. Your kids will F L I P out. Your Friendsgiving platter beggeth. Your Saturday afternoon can’t live without them. Your face will pretty much punch itself.

Stupid simple, perfect chocolate flavor with a hint of tart (cream cheese!), all wrapped in a pie crust. 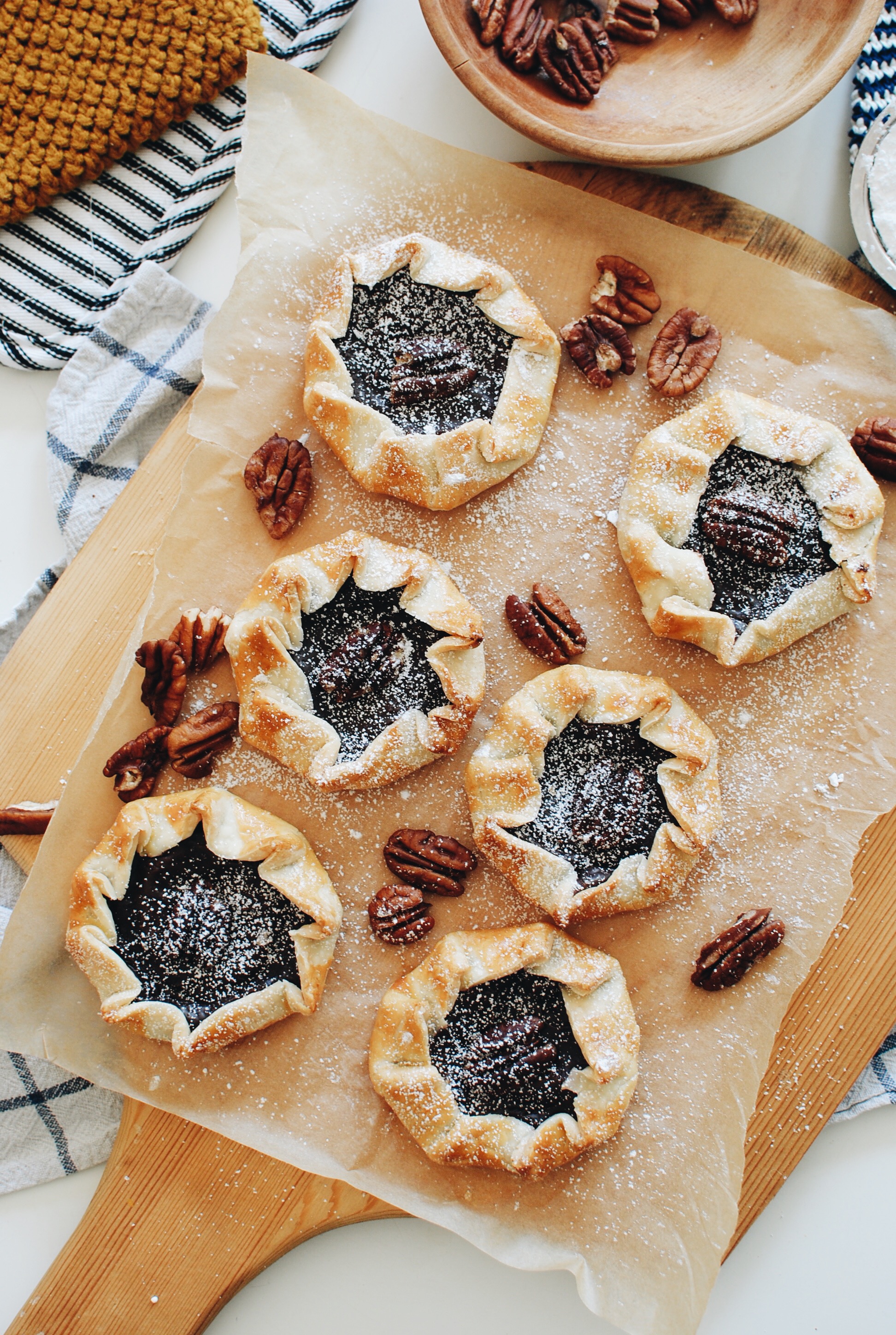 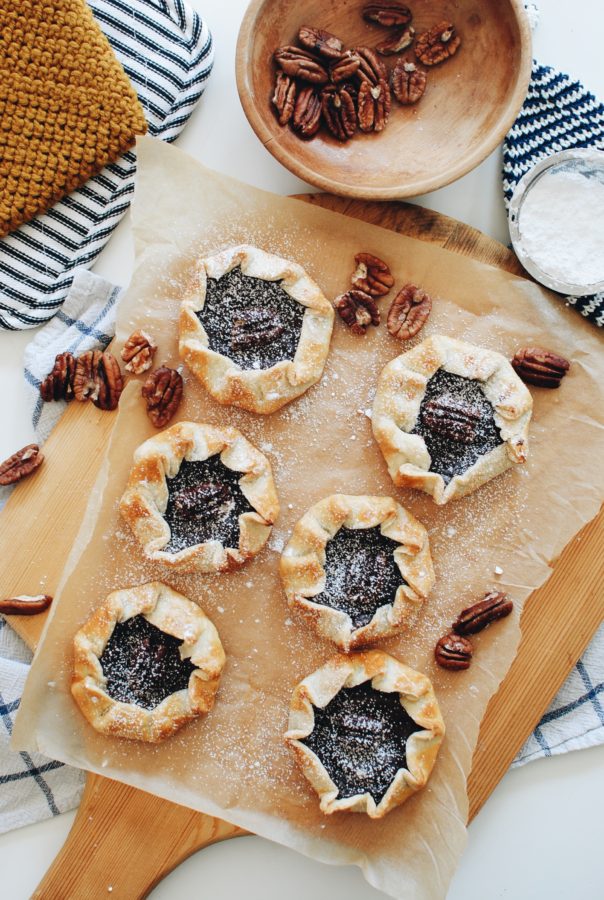 And by some I mean all.