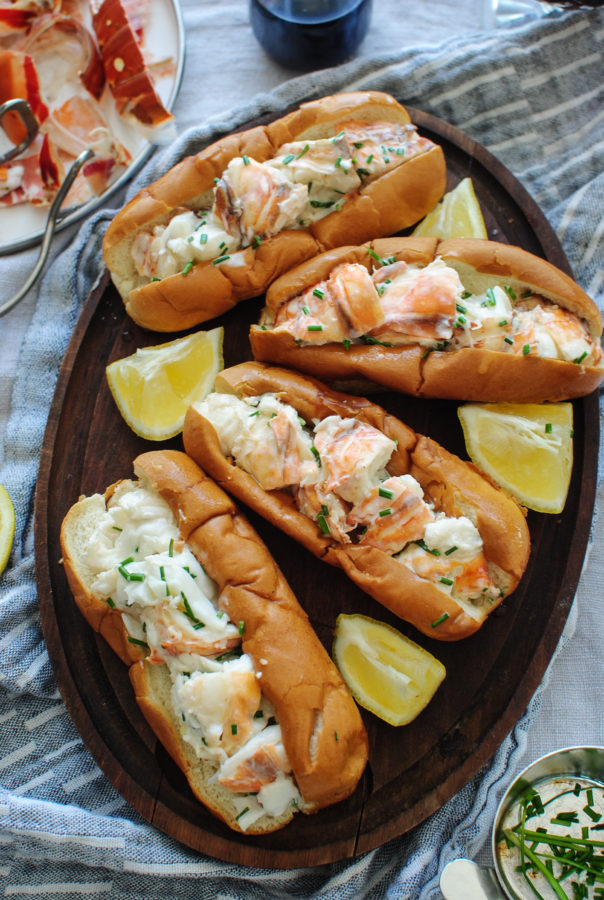 FORTY. I have no idea what this is supposed to look or feel like, but I just bought myself a birthday tongue scraper and jogging visor, so I feel this is pretty much on target.

(You’re like, “Waaaay too early in the morning for the words tongue scraper, lady.”) 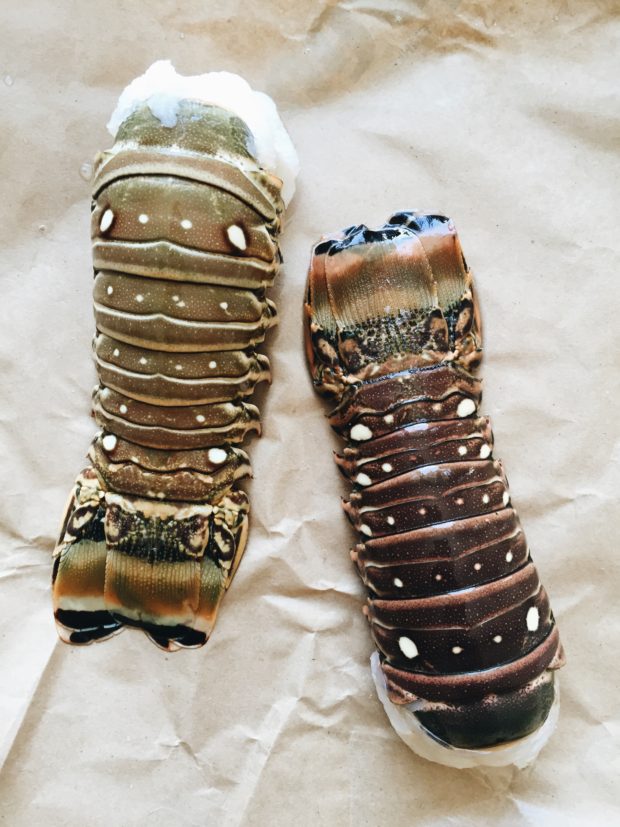 My party sayings would be, “She’s Watching Too Much West Wing”, “Someone Tell Her to Change Out That Dead Eucalyptus”, “When Was the Last Time You Washed Your Hair”, and “You Know Febreezing Your Armpits Doesn’t Count as a Shower.”

I have toddlers, remember? 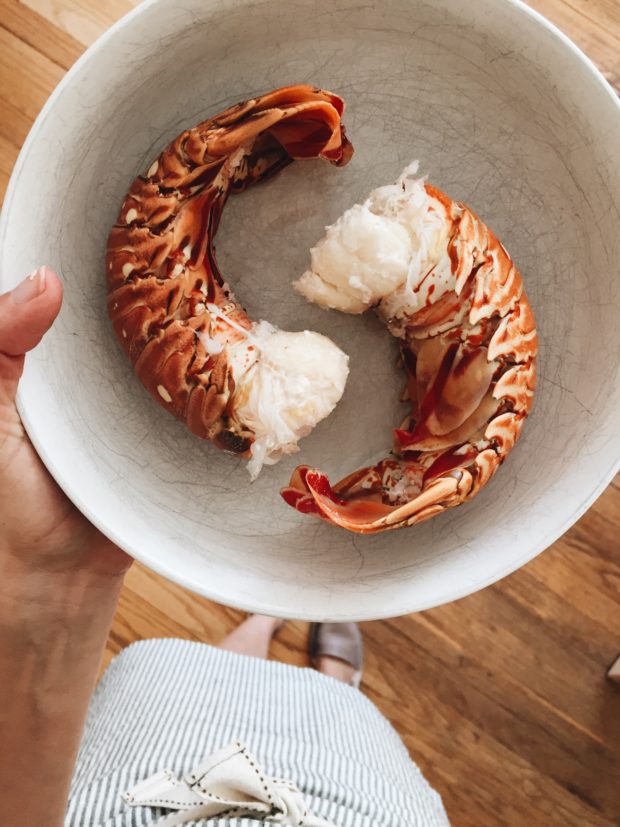 So to celebrate, I made lobster rolls. I’ve been in a massive mood for lobster rolls all year – seriously, all year, so I finally got around to gettin’ some tails (heeeey-o), boilin’ them up, drenchin’ them in a tiny bit of mayo, lemon, butter and chives and slappin’ them in my wrinkle road.

(Also, I will neither confirm nor deny that I icked out a bit over the spiky, spiny tail nail.)

(Also also, I also have something to say about the bun! But I’ll get to that in minute. After I take my arthritis medicine.) 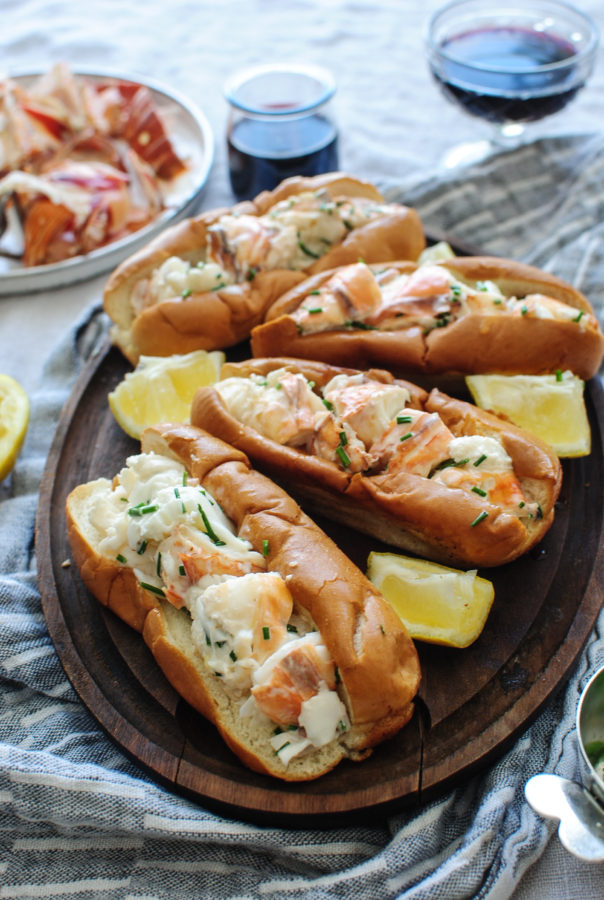 Okay the buns. I was on a die.hard.mission. to find those squared off, New England-style frankfurter-y buns. But these were as close as I could get, MIDWEST. They’re top-split (which is good), but not totally squared off on the sides like my soul beggeth for. It’s okay, though. I’m still a good person.

These are crazy simple! You boil the tails. You cut the shell off and pull out the meat. You whisk together a little bit of mayo, lemon juice, chives (and finely diced celery if you have it!), and the leeeettle pinch of salt. You melt butter in a pan. You toast the buns in the butter. You pile the lobster meat into each bun. You drizzle more melted butter on top. Another squeeze of lemon juice. You fall into a blissful buttery lobster coma and never recover.

And then you take out your dentures and watch Murder, She Wrote.

You watch The Andy Griffith Show. 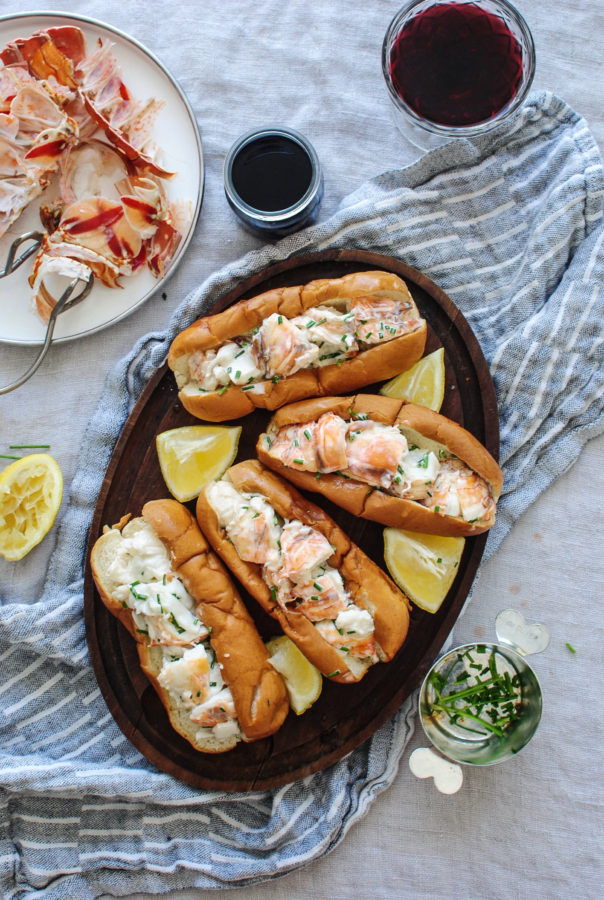 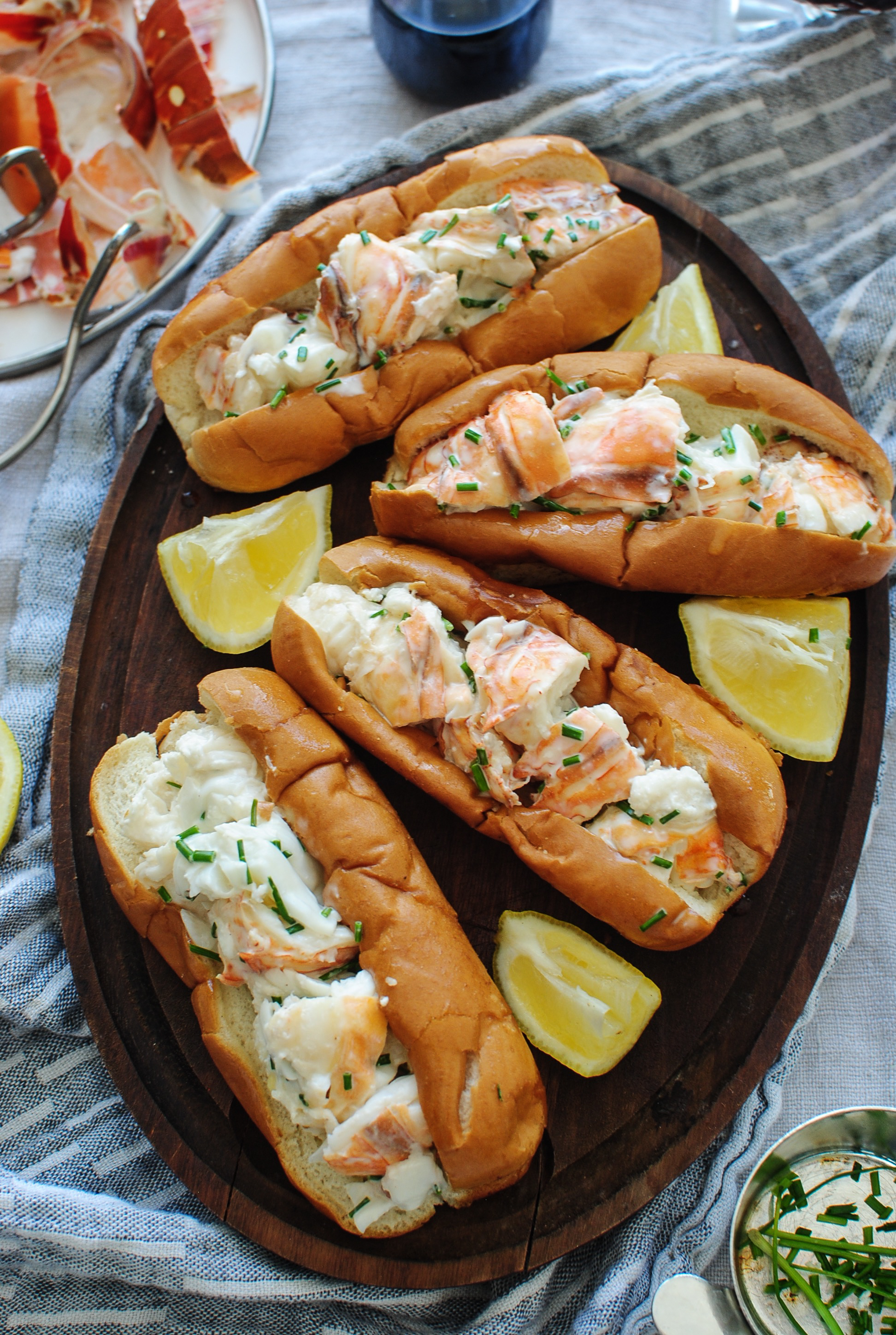 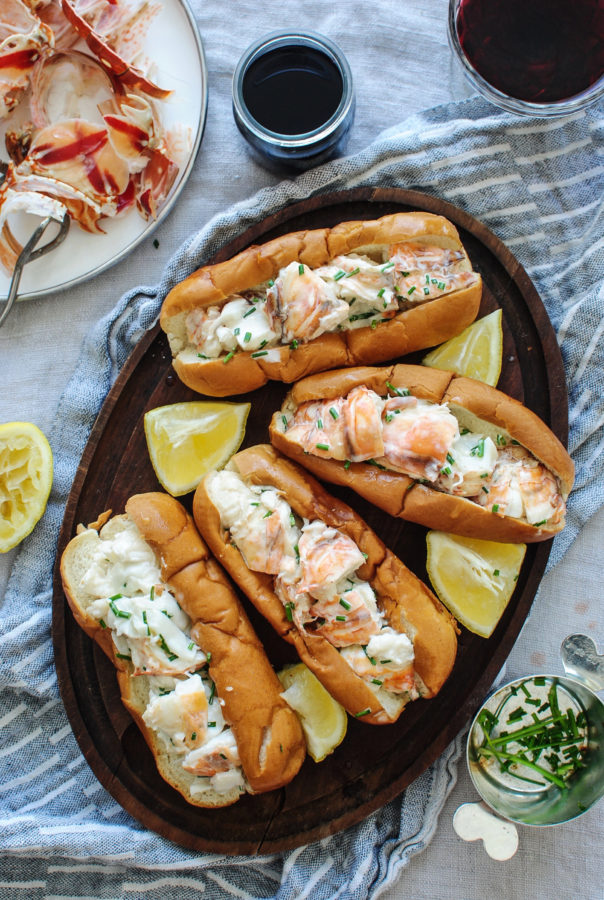 “He’s her loooobster!” (name that show)