So, after three and a half months of being locked up and tied to rusty metal hooks in the walls of a cold, dingy basement in the bottom of an old dragony dungeon castle (or, winter at my house), the babies finally talked us into dragging them down to Arkansas to show ’em off a smidge.

Their words, not mine.

Isn’t Will super sweet to take the wheel so we could catch up on sleep?

You’re a flower, you are. (name that movie) 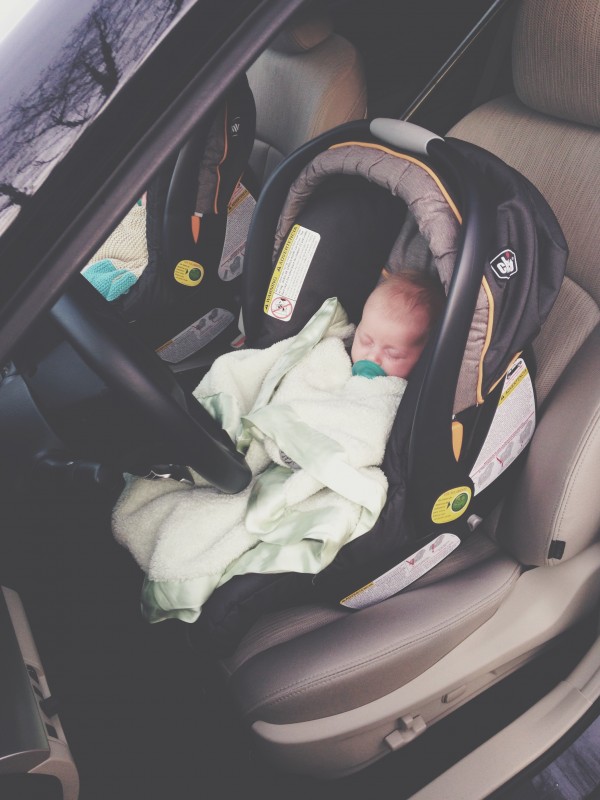 From here on out I’m going to show you collages, so that you’re not scrolling through 26 years of photos, gnawing through your own veins, welcoming death at any time.

So anyway! Most of you know that Aaron and I are from Fayetteville, AR (don’t ask me to call the hogs . . . because I will), so now that the swine flu hurricane leprosy season is basically over, it was haw tawm we pawned our gremlins off to our beloved friends and family so that we could enjoy a dang beer.

Here we all are on Thursday night at the monthly art crawl. Errrbody, meet Will and Nat. Will and Nat, meet errrbody. 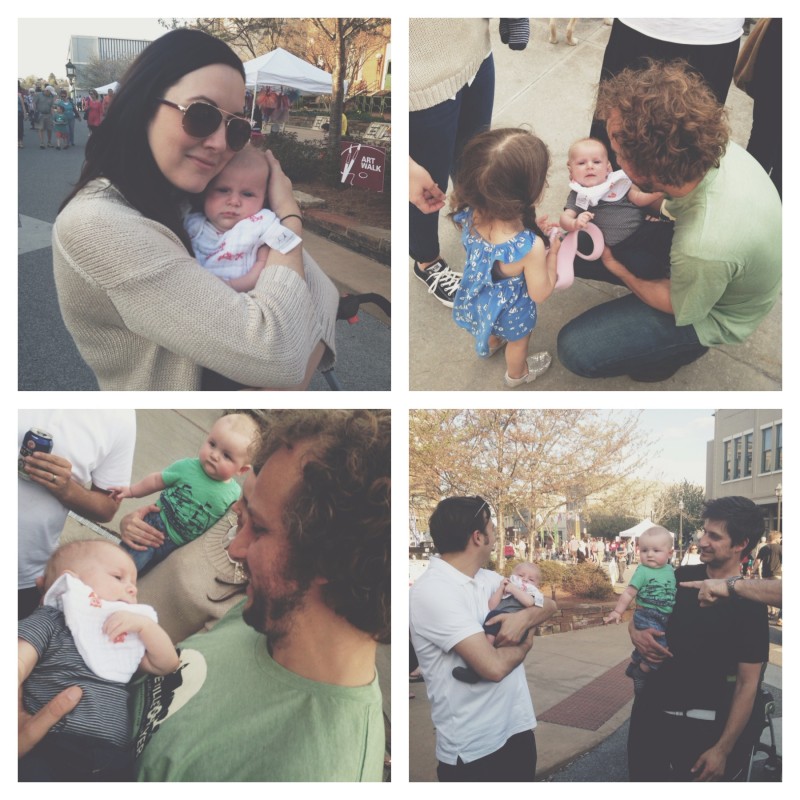 And of course Aaron holding Nat. He has to hold her up like that or else her cheeks will weigh her down.

She’s going to run away from home, isn’t she… 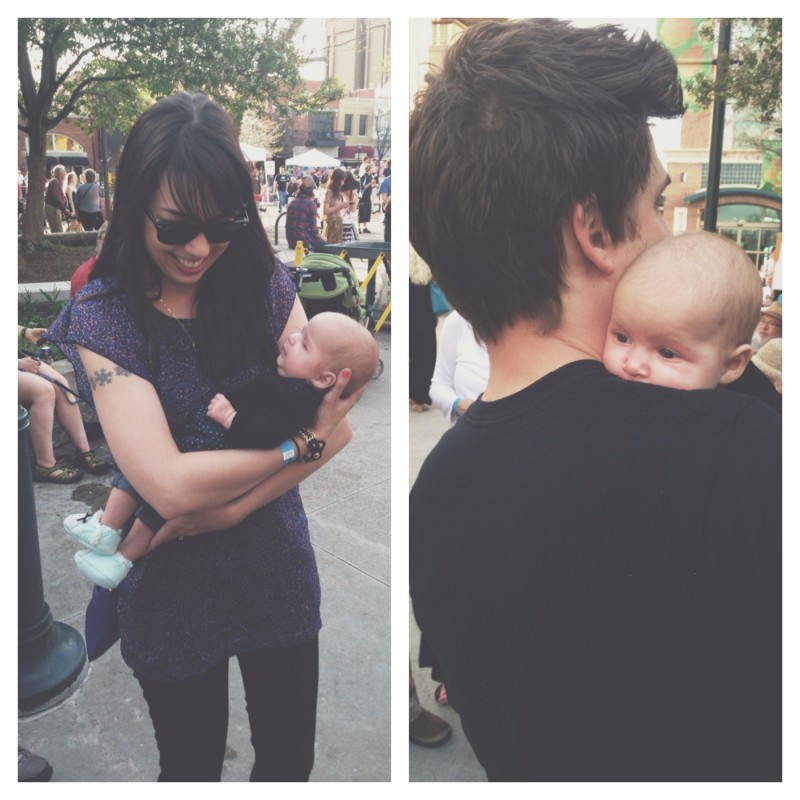 I KNOW you know Iris. Aka Sarah’s daughter. Aka Instagram celeb. Aka want to stick her in my teeth. She warmed up to the babies after a few minutes. Took her a few beers, ya know. Gotta break the ice! 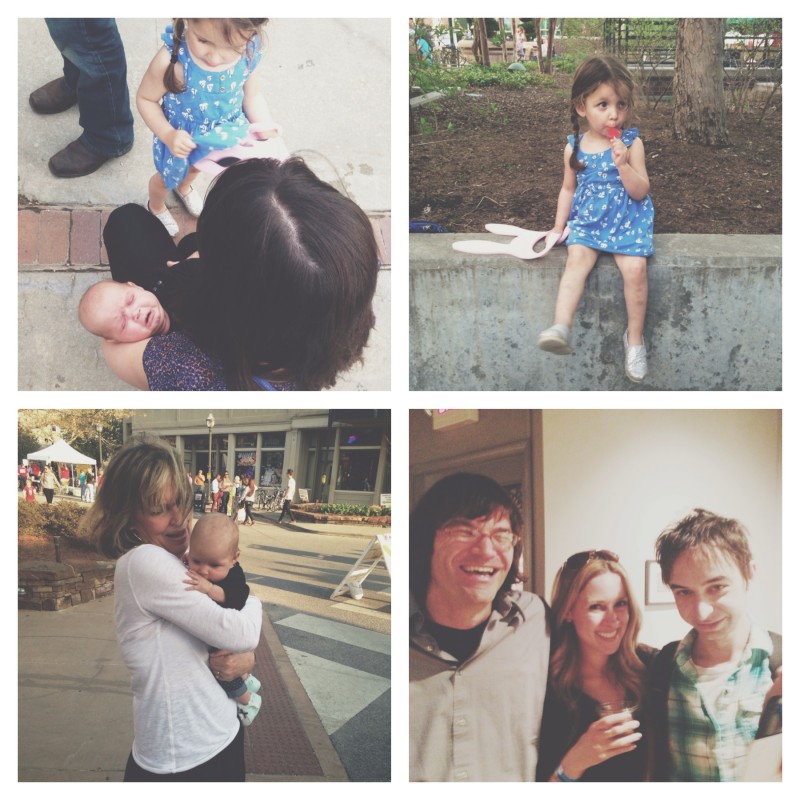 We’ve got Nana holding Natalie! We’ve got me with a few of my old band mates! We’ve got no more exclamation points coming. Swearsies! Oops.

Just a few more captured memories from Thursday night that are burned in my soul cavity forever. And external hard drive. 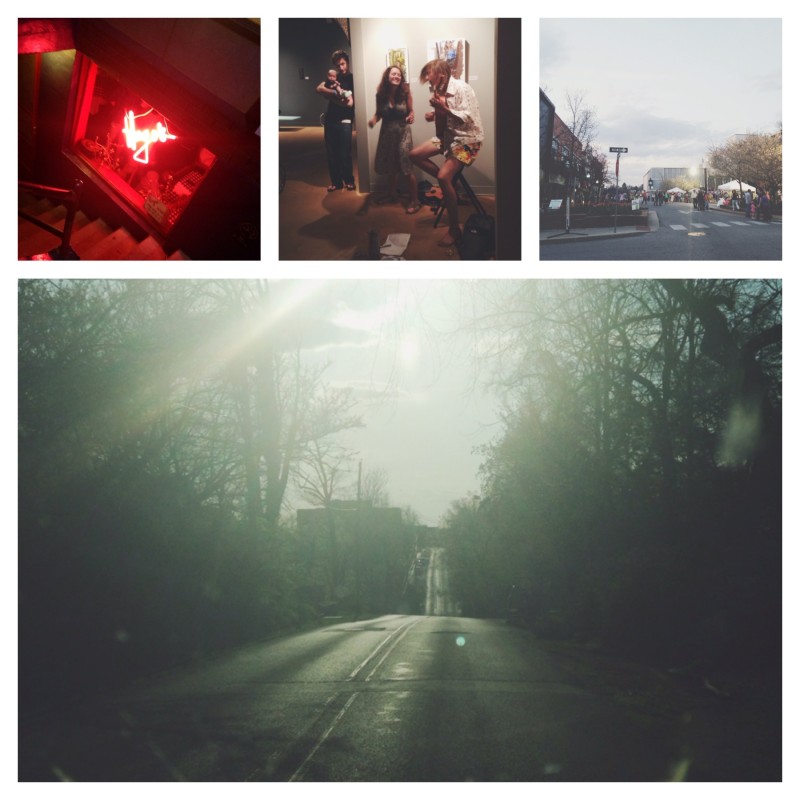 The next day we took the babies to an actual restaurant. And we all sat down and ate actual food and actually survived! However, there was a bee, like, weaving a gigantic demon nest hive thing next to Natalie’s head in the corner of the booth, but I only screamed at 285 decibels! And only 924 times. This is big news. 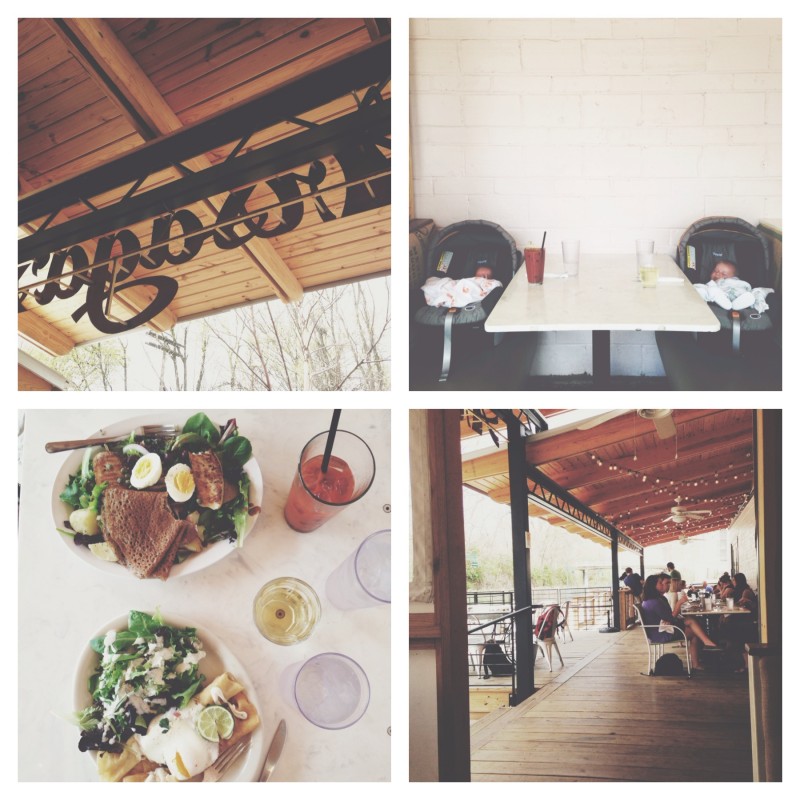 Then later that night my sister-in-law Carolyn, Aaron and I went out for dinner and drinks. At one point, we decided it was vital to our well-beings and self-esteems to look for gray hairs. (reminder: dinner and drinks)

So this is Aaron telling Carolyn that he sees a crop of angry gray hairs with jack hammers breaking ground and establishing residency. He thinks they were even going to have a block party after that.

She was clearly on board.

(I keep telling myself.) 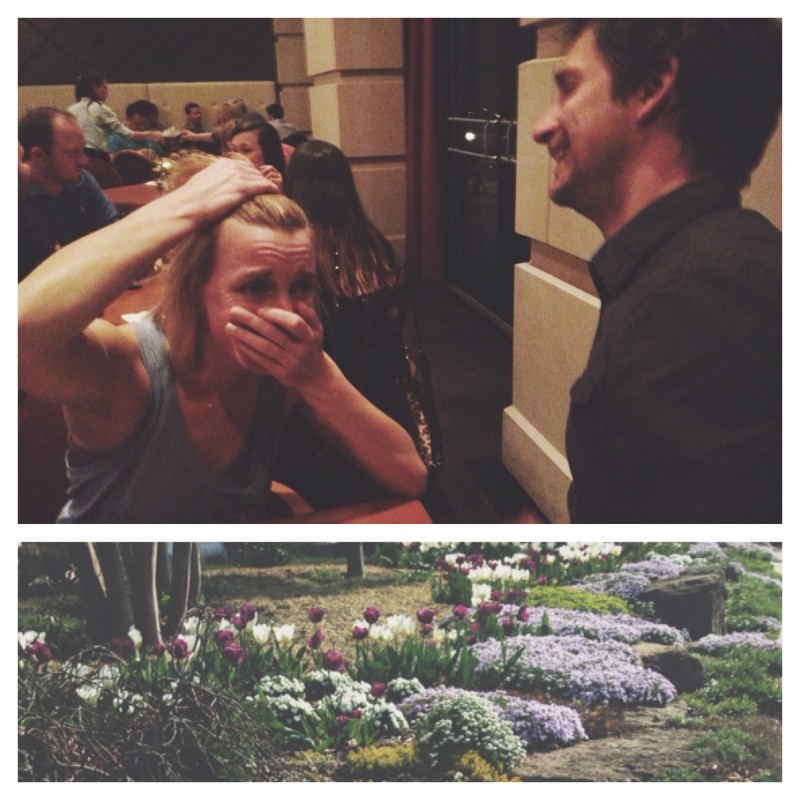 Then the next day was Aaron’s birthday, so Sarah and Todd threw an awesome little shindiggeroo for the whole crewaroo and all our little buckets of offspring. We sat on blankets, drank Todd’s home brews, ate vintage candies, played with 7,254 babies, devoured burgs and dawgs, and that’s it. Nothing else happened. Not a single thing. Not.a.thing. 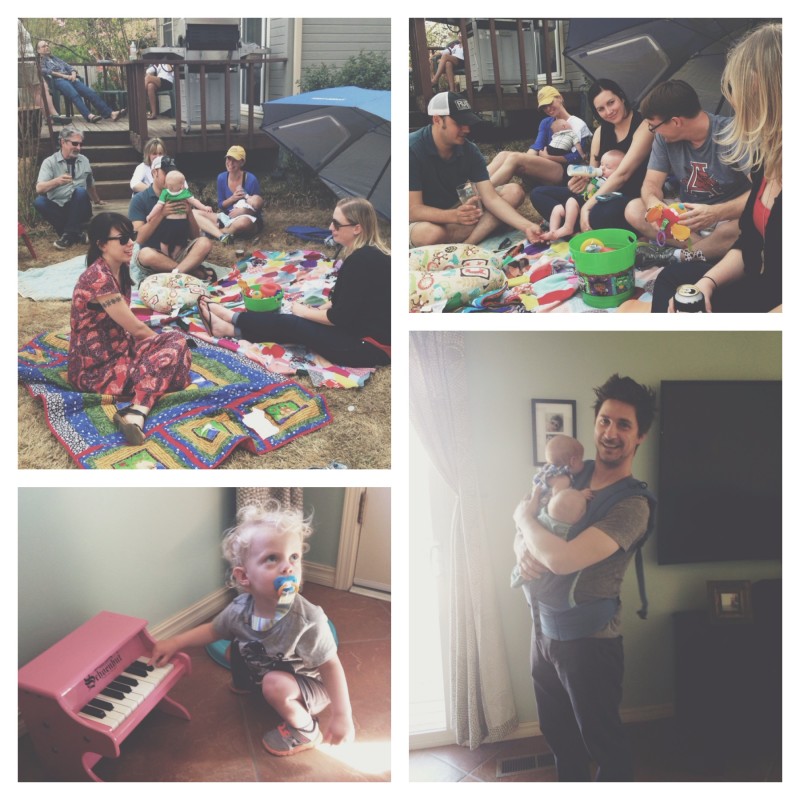 Oh except that I got in this big inflatable red ball thingy. 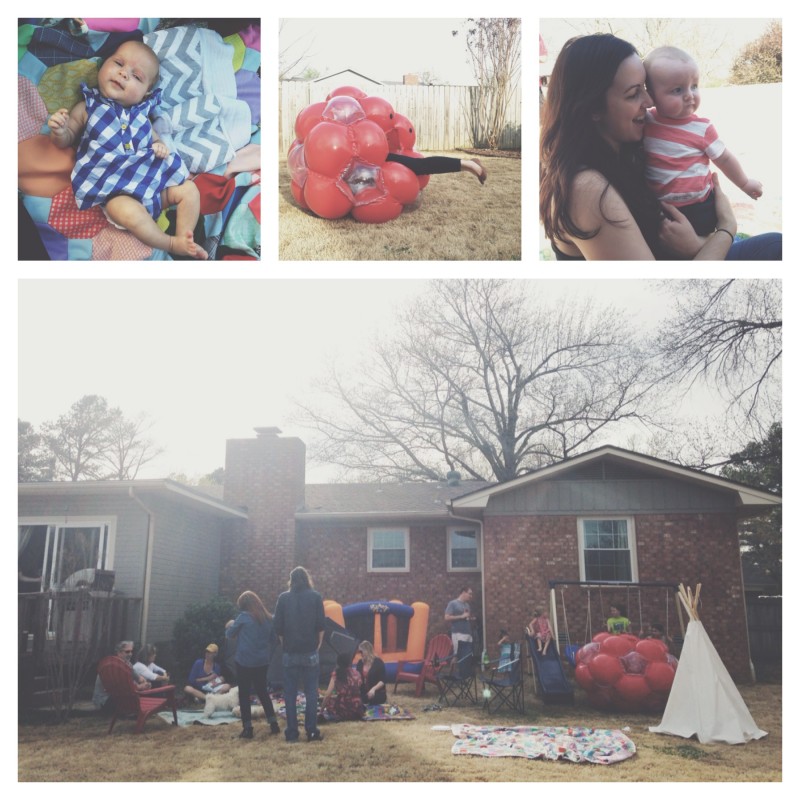 Top right picture is my girl Brandy is with her chunkalicious baby boy Hudson. The same boy whose birth was catapulted by my baby shower! (in my head) I also wanted to stick him in my mouth, never to be seen again. 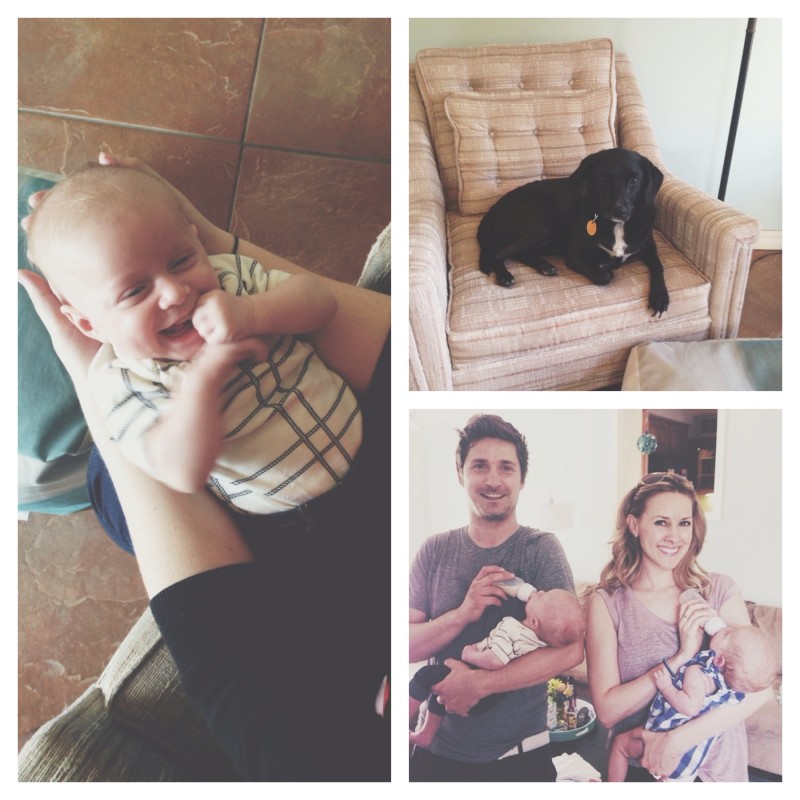 Aaron and I look so American Gothic. Except instead of a pitchfork we’ve got bottles and babies. And glee. 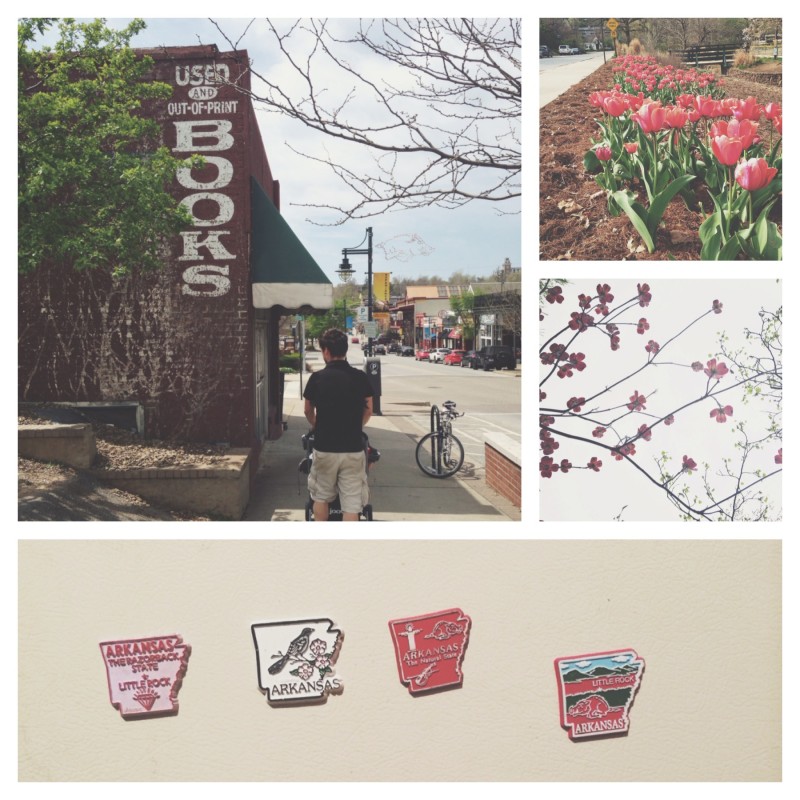 Lil’ bit o’ family time. That’s my niece Ella holding Natalie! And her Miller Light right to her. She used to only drink hard liquor, so to see her with just a beer is pretty impressive. 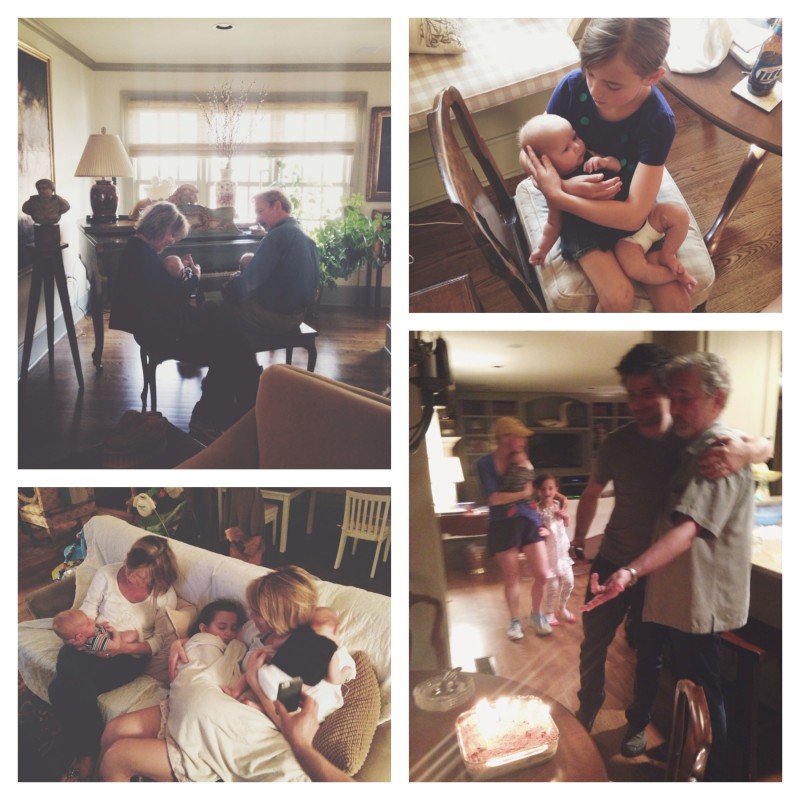 Carolyn made an incredible tiramisu for Aaron’s birthday, and I’m not gonna lie, I’m still canoeing leftovers into my head as I type. Don’t make me add one more photo collage of me eating it!

Gawd, I would never do that to you. 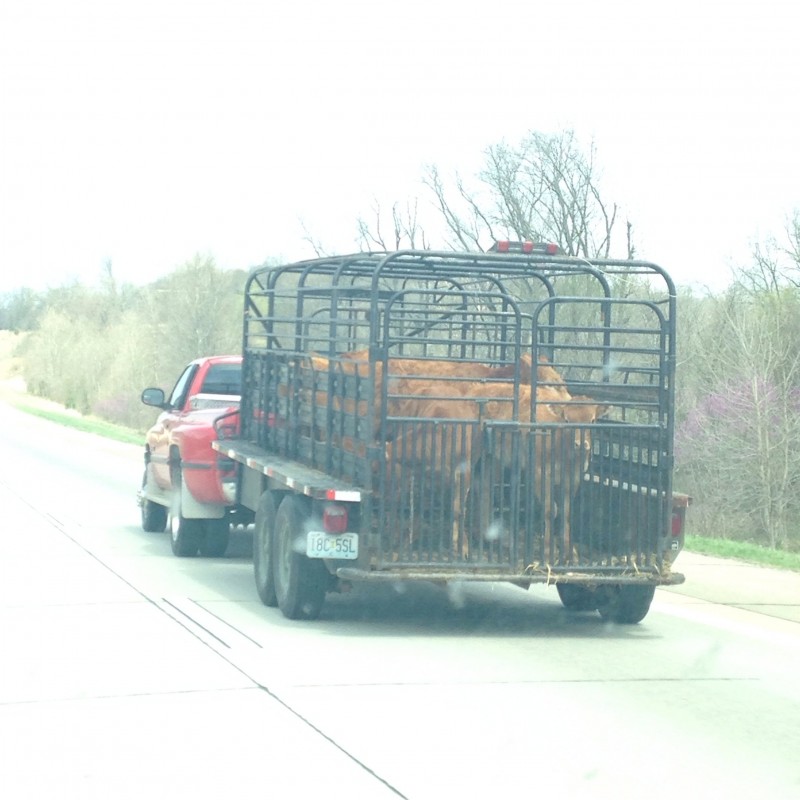 And then we went back home to KC! Apparently I felt it necessary to show you a giant picture of cows in a cage. I guess it’s the new moooo-ther in me.

14 Responses to The Babies Took Us On a Roadtrip