Earlier this summer my parents took a vacation via car, making a round-trip excursion through Texas, New Mexico, Colorado, Kansas, then back to their home state of Arkansas. While in New Mexico I constantly bombarded their phones and Facebook pages with frantic, “OMG GET ME CHILES!! NO SERIOUSLY, GET ME SOME CHILES!! DID YOU GET MY CHILES YET??” texts and messages. I think the only response I got was something like, “Who is this?”

When they breezed through KC on their final stretch, my mom did the whole, “close your eeeeyes!” act while hiding something behind her back. So, I closed my eyes, held out my hands and prepared for roaches. (That’s just the nature of my freaky brain. I’m hoping to up my meds some day.) You guys, score! I was handed some delicious Hatch chile enchilada sauce, dried red hot chiles and some beautiful blue corn posole. These gifts were WAY cooler and WAY more thoughtful than what they gave my sister. (Let’s see if she even catches this.)

I’ll be blogging about the hatch chili sauce and the dried chiles later on, but for tonight, the posole. Say it with me, “posoooole.” It just rolls off the tongue. And into the mouth.

This is definitely a weekend dish for most, as it soaks for 300 years and cooks for 27 more. But absolutely worth it because the work is minimal. I pretty much followed the simple recipe on the back of the posole package (oh you know you’ve done it) but Weidnerized it a bit to suit my taste.

Let’s say it again, this time out loud, “posoooole.” 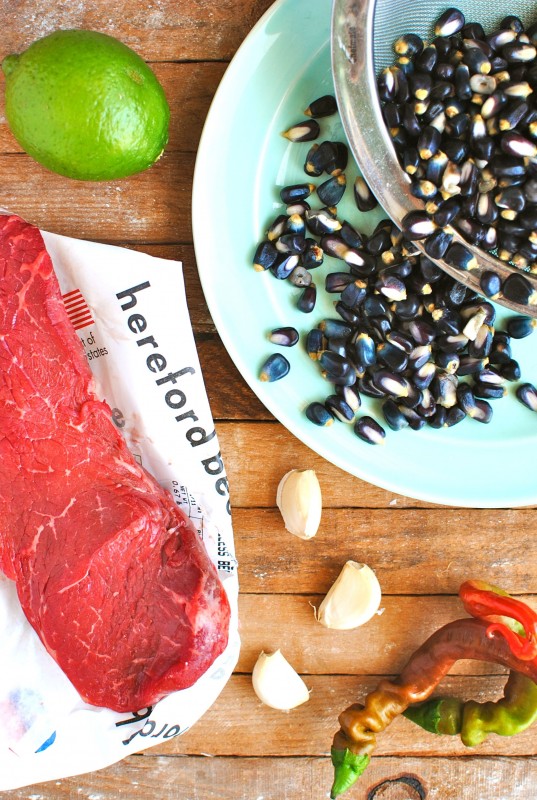 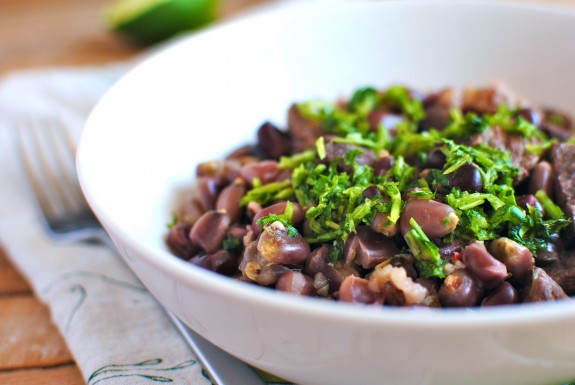 Start by soaking the corn. Throw them into a large bowl, cover with water and soak overnight.

The next day, boil the posole in salted water for about 2 hours.

Sprinkle both sides of the steak chunks with salt and pepper. Heat the oil in a medium skillet over medium-high. Add the cubed steak and sear on both sides for 1 minute each. You just want to get a nice browning on the meat. Not cook it all the way through. Remove from heat.

Stir it occasionally, to make sure the posole is softening.

Serve in bowls garnished with cilantro leaves and a spritz of lime.

Summer, Great Friends and a WHOLE LOT of Tomatoes
Seared Chicken with Garden Kale and Tomatoes