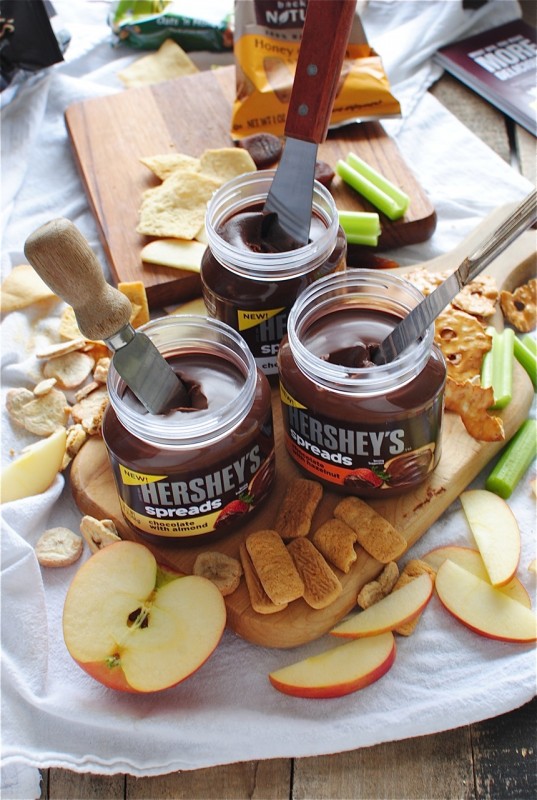 (Mom, that was “chocolate.” I’m just saying it all Frenchy and sounding like a troll in the process.)

Welcome to installation part deux of the new Hershey’s Spreadable Chocolate Series! If you hadn’t yet heard the word (which is still not bird), Hershey’s released a new line of spreadable chocolates, and I highly advise you to smash your entire head into as many jars as possible. ‘Tis . . . the season?

Today we gern chat about pairings. And this is totally not a stressful thing! You don’t have to get super willy nilly with pairings, just as long as the chocolate makes its way to your tongue, esophagus, stomach and life.

If you remember from last time, Hershey’s sent me some serious loot to pair with my chocolate. Crackers, pita chips, super thin pretzels, dried fruits, granola bars, ugh. I snacked so much during that shoot I’m quite positive my babies hired a party band, invited all of their best pals over and were doing the Electric Slide in my uterus. 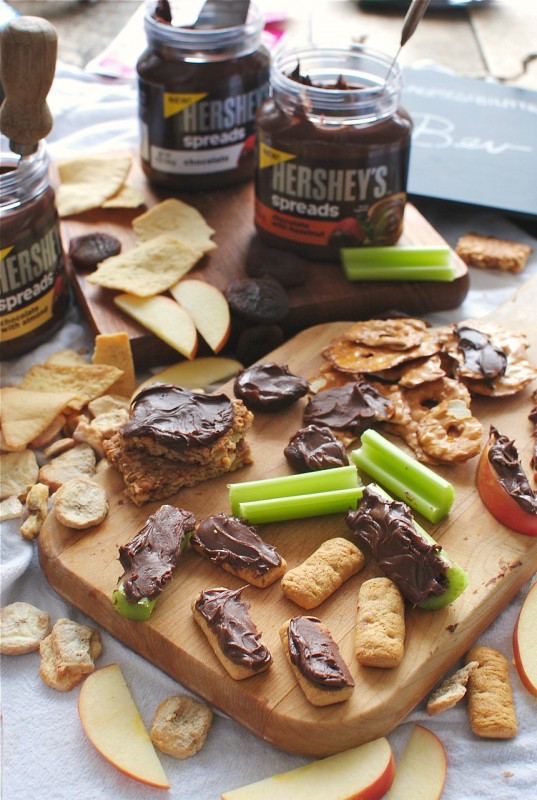 I added some fresh apples and celery to the mix, for extra crunch, health, and color. But mostly as another excuse to shovel more chocolate on into mah face.

BUT! This was my favorite way to pair the chocolate. Leetle toasted chocolate banana stacks with cinnamon. 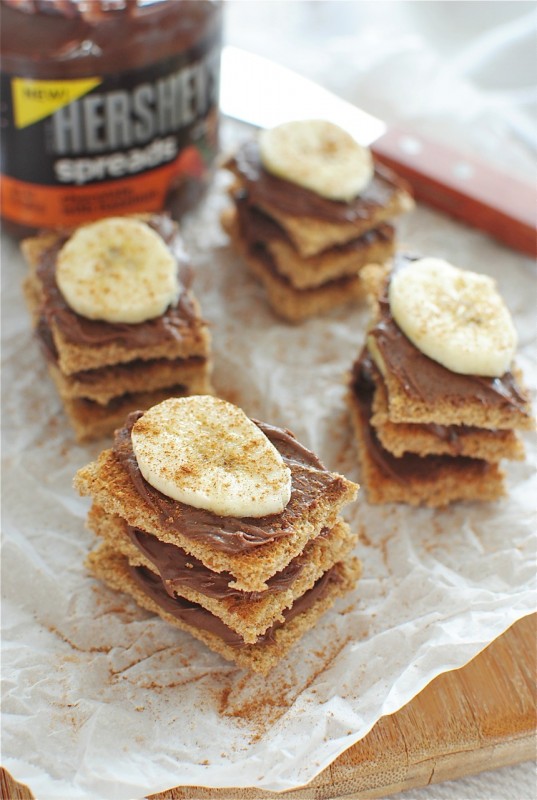 I mean yes, it’s pretty common to pair chocolate with bananas and toast and cinnamon, but look at the stackies!

It’s a proven fact that stacking food makes you a better person. But don’t quote me on that. 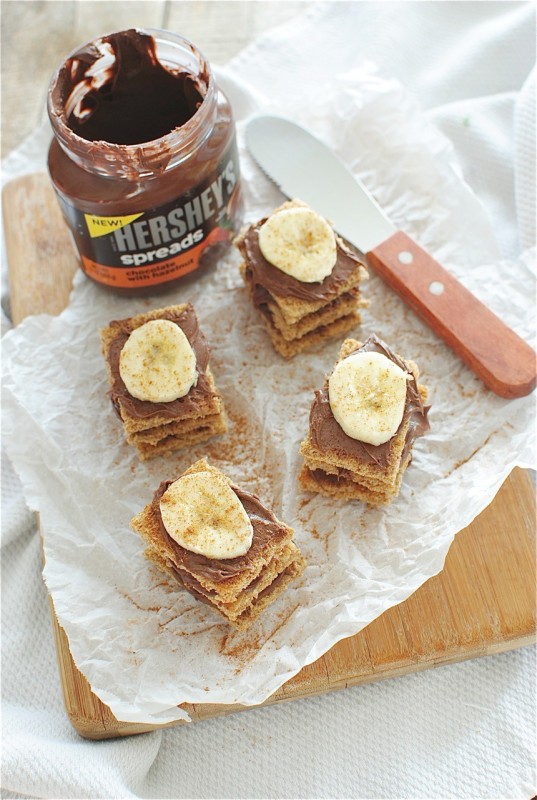 Ooooo, what if you replaced the bananas with marshmallows? And stuck them under the broiler for a nano? 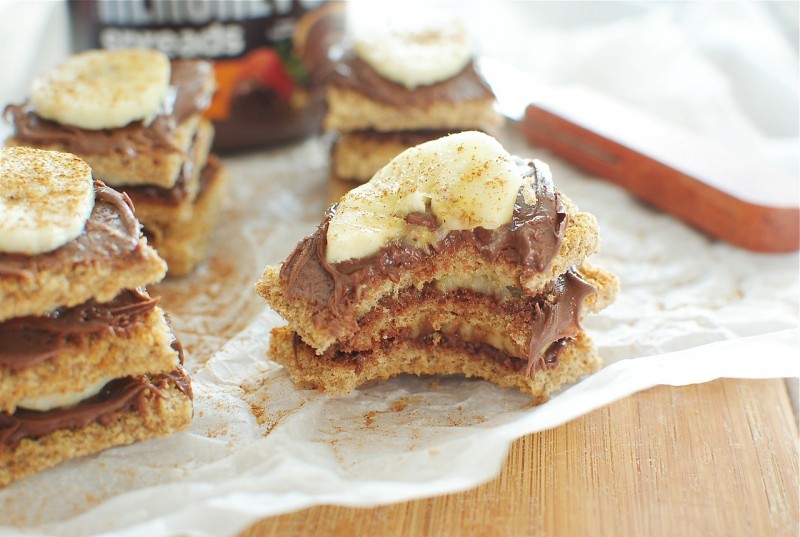 So all I did was toast two slices of bread, cut the edges off, cut the slices into little squares and spread the chocolate on each square, followed by a banana slice. Sprinkle with cinnamon. (NOT CUMIN. I almost did that and nearly ruined my life.)

AND, on top of THAT, just kidding that was the end.

*Disclosure: This is a sponsored post. Hershey’s Chocolate sponsored it and compensated me via a cash payment, gift, or something else of value to write it. But as you know, all opinions and thoughts are my own, dudes. #spreadpossibilities