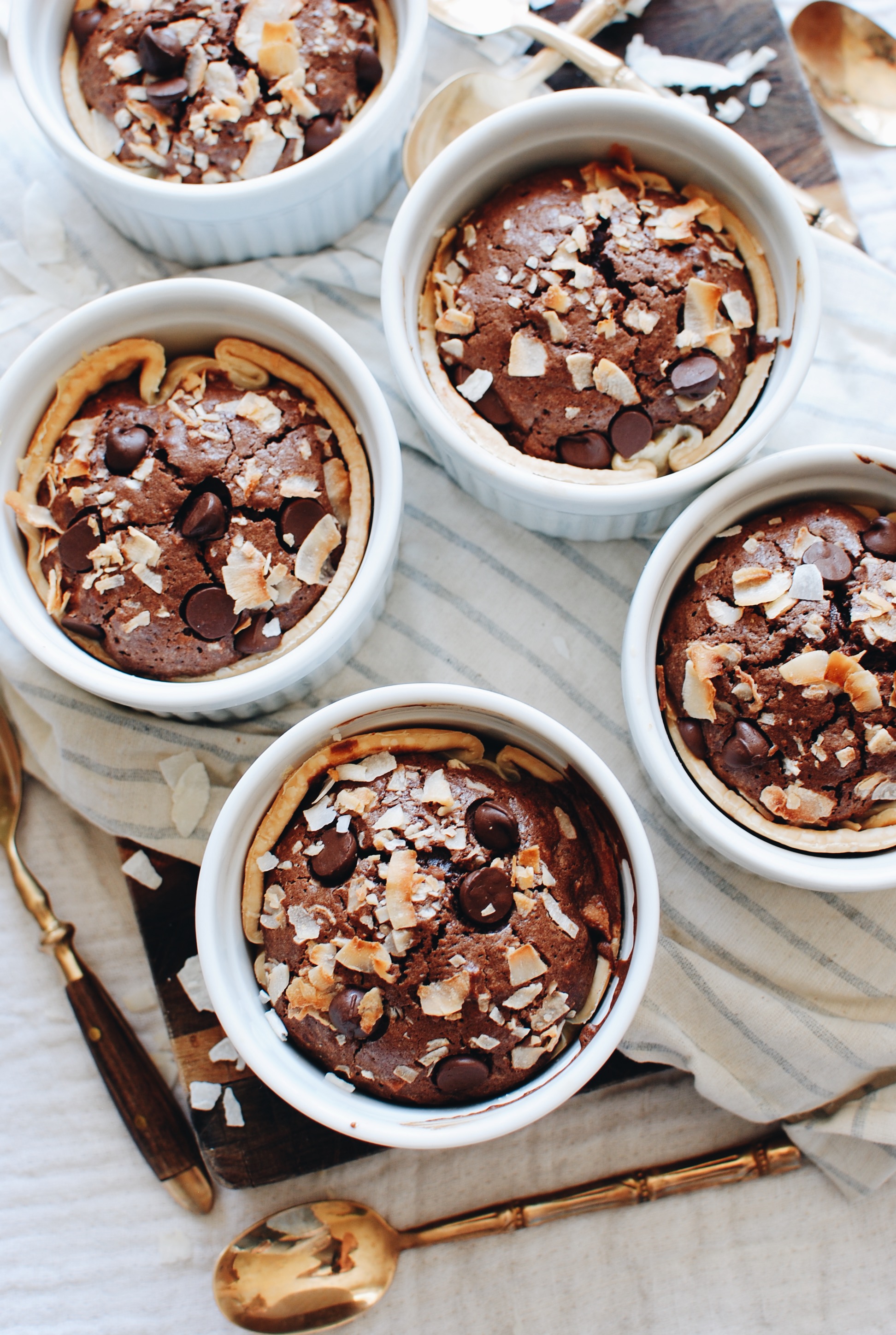 None the less, they’re chocolate-y and sweet and your watering mouth cavern beggeth.

And it’s simple! Take a looksie. 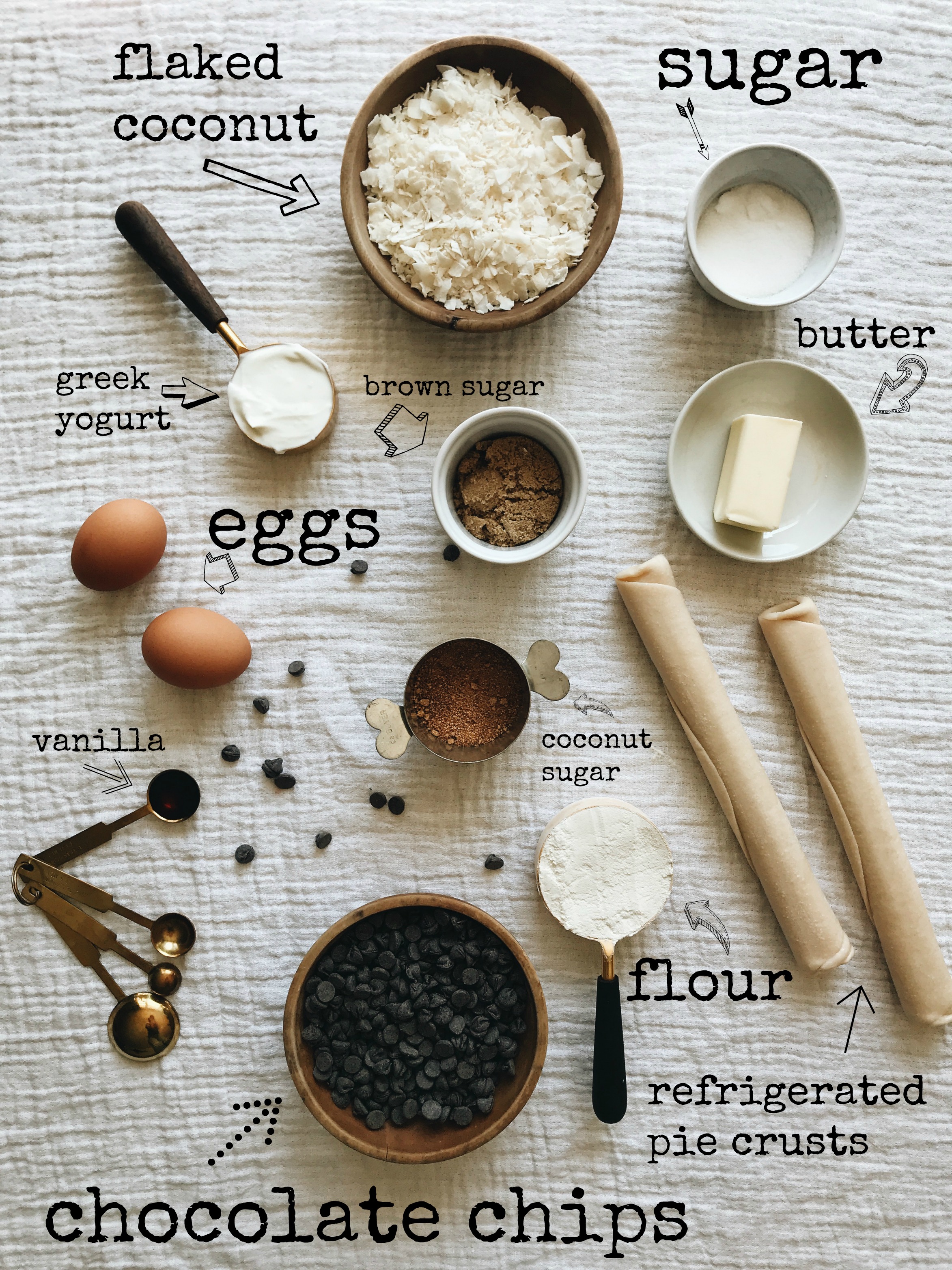 AND GUYS. I’m not a baker, so this is huge for me. To be posting dessert? What is happening to my life? OUR PET’S HEADS ARE FALLING OFF.

And I threw in some Greek yogurt and coconut sugar because I wanted to feel inventive and cool. Did it work?

You don’t have to answer. 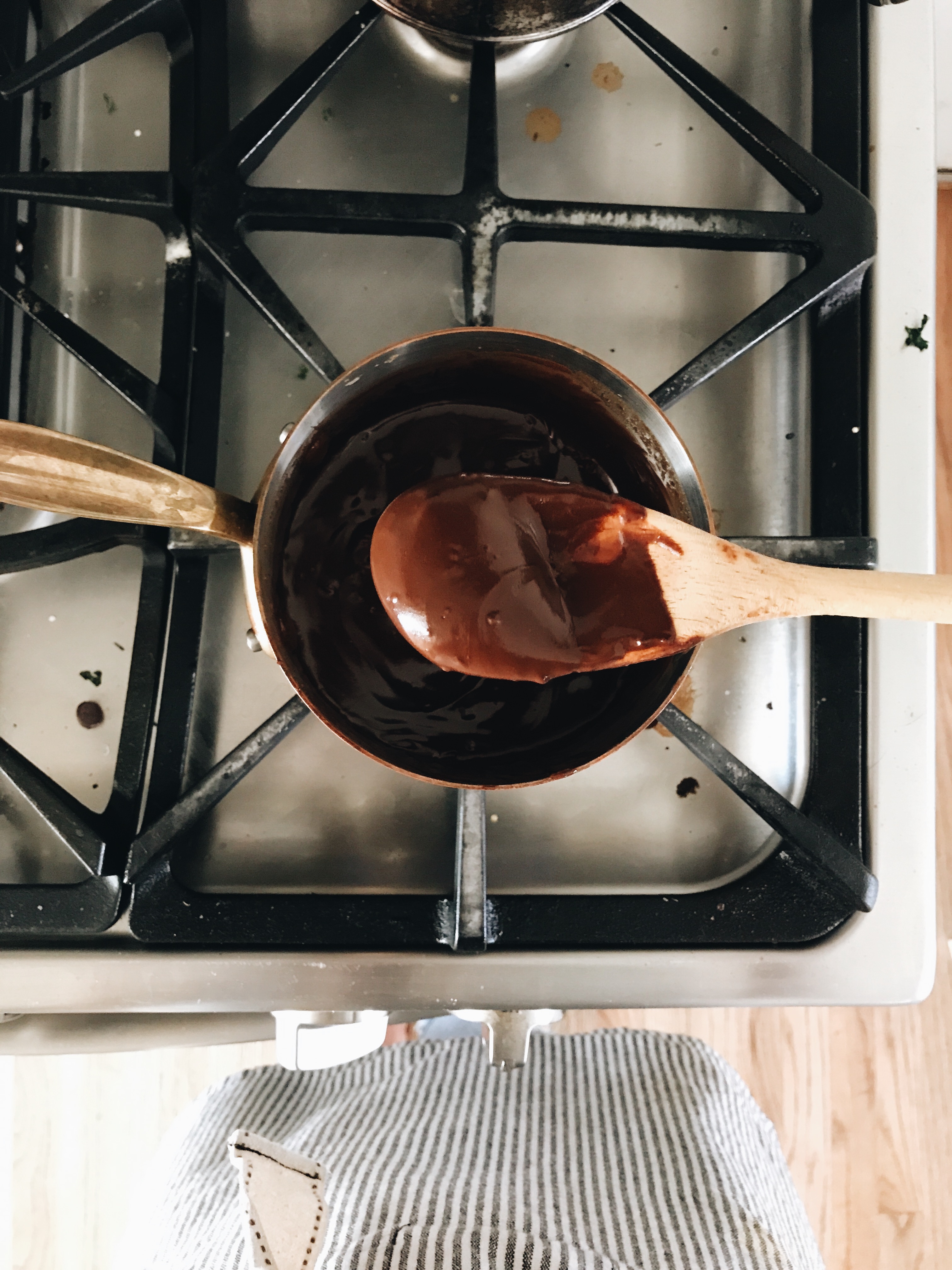 Also! Ignore my filthy range. I was going to clean it, but melting chocolate and butter took priority. 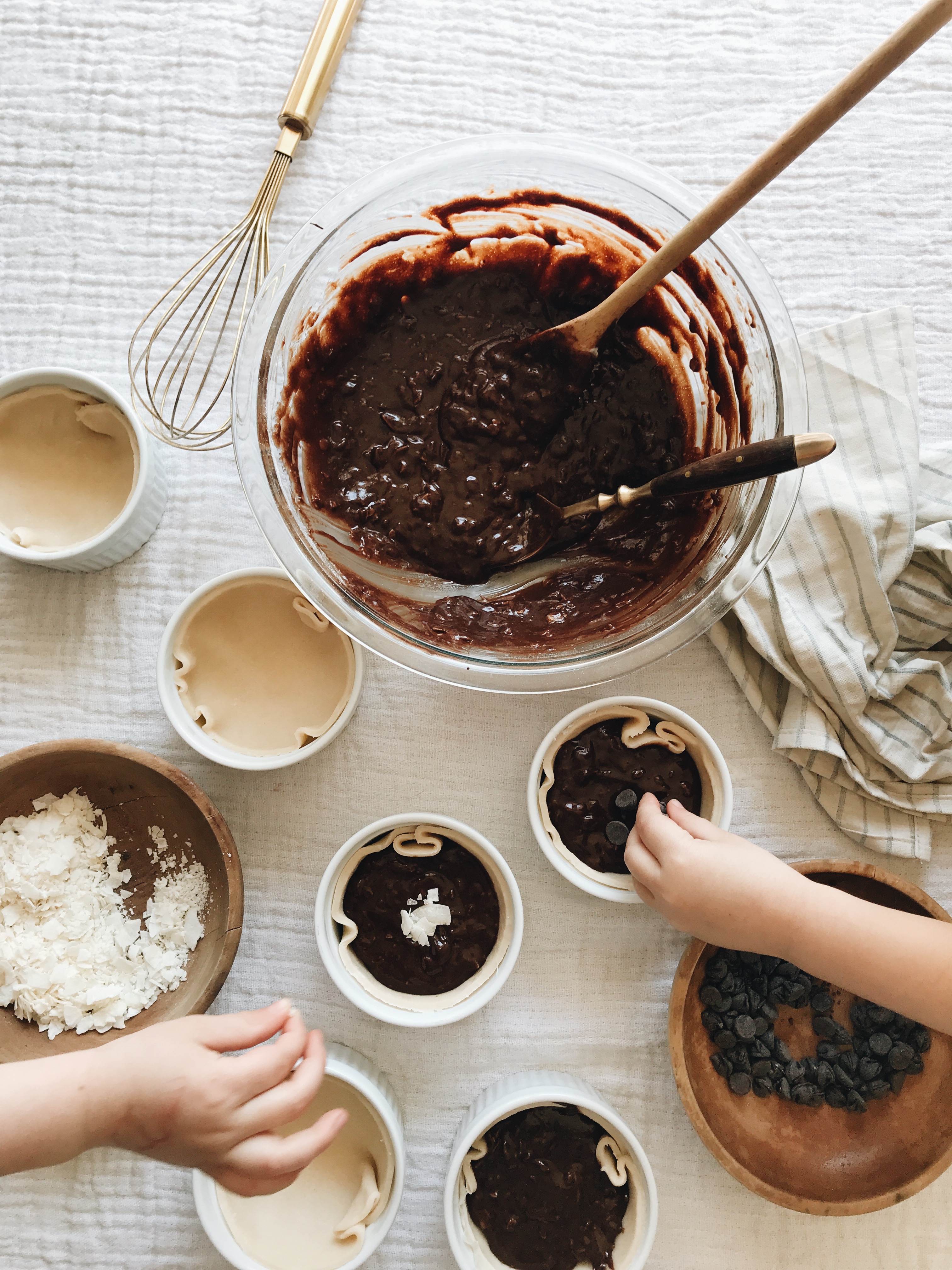 You basically cut out little pie crust circles and shove them into ramekins. They might not touch the bottoms of the rams, but that’s okay! You’re still a good person.

Then pour the pie batter into each crust cup, and let tiny fingers destroy your hard work with subpar decorating skills. 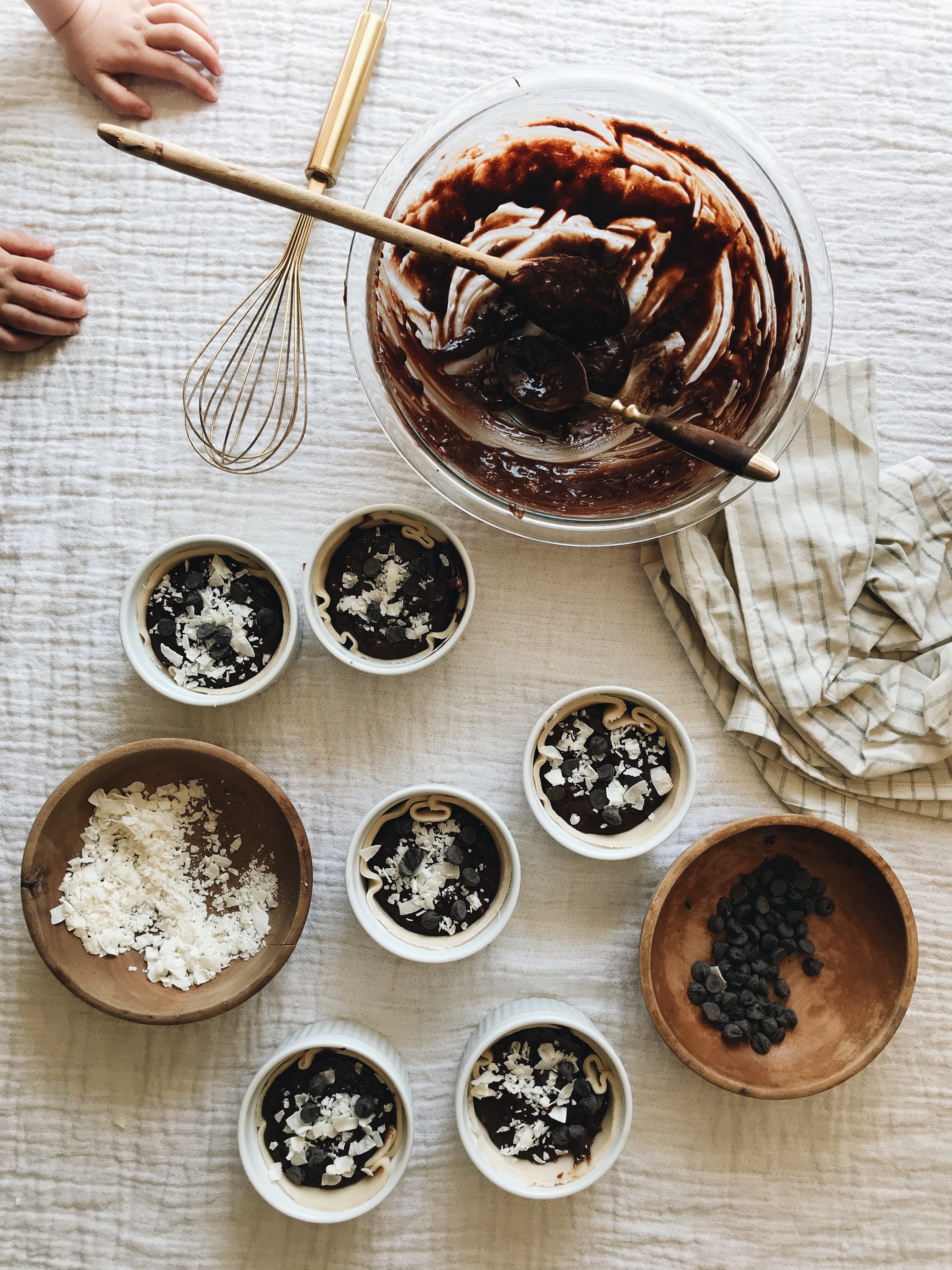 Then finish up on your own because you’re a food blogger and your ego depends on the way these look. 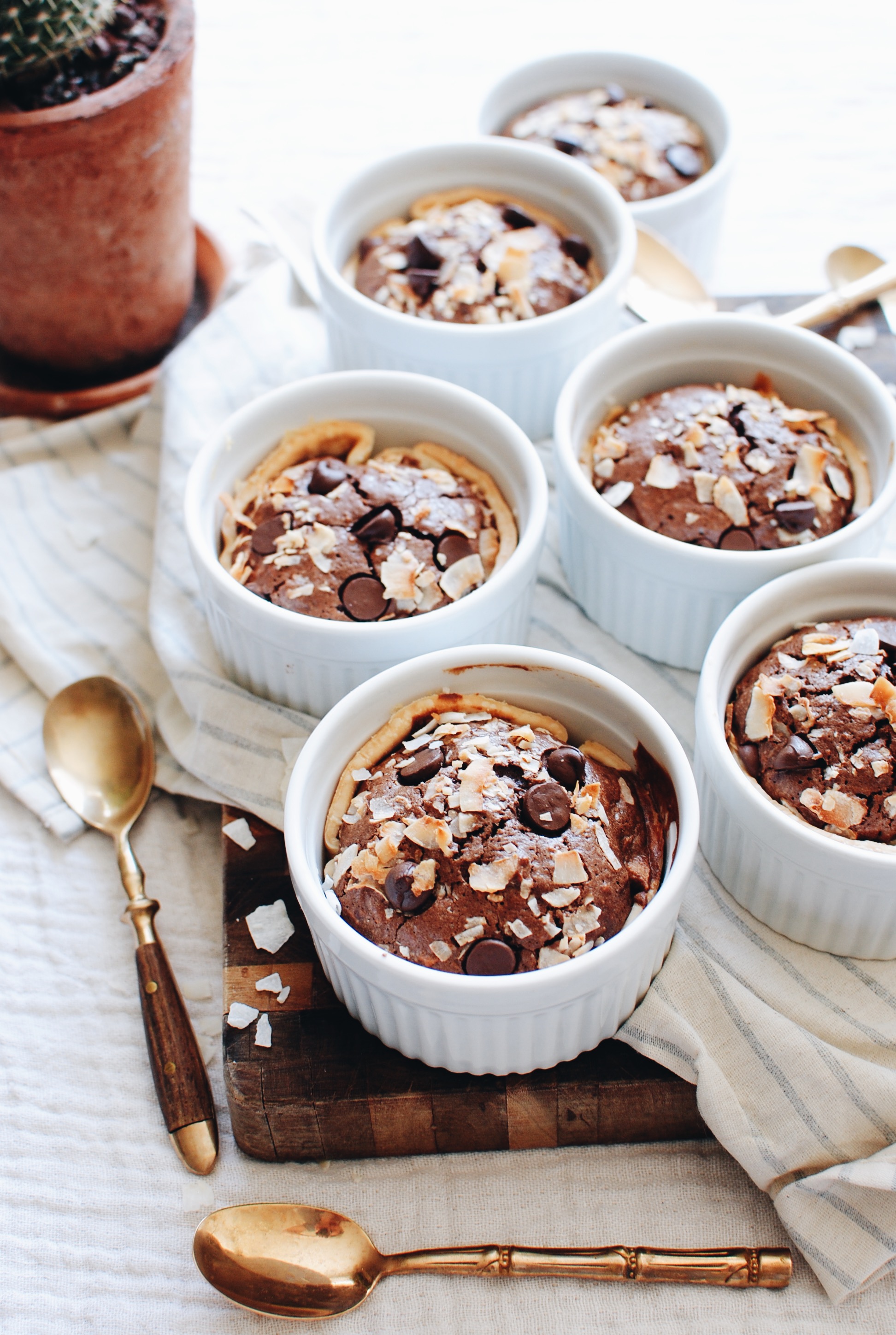 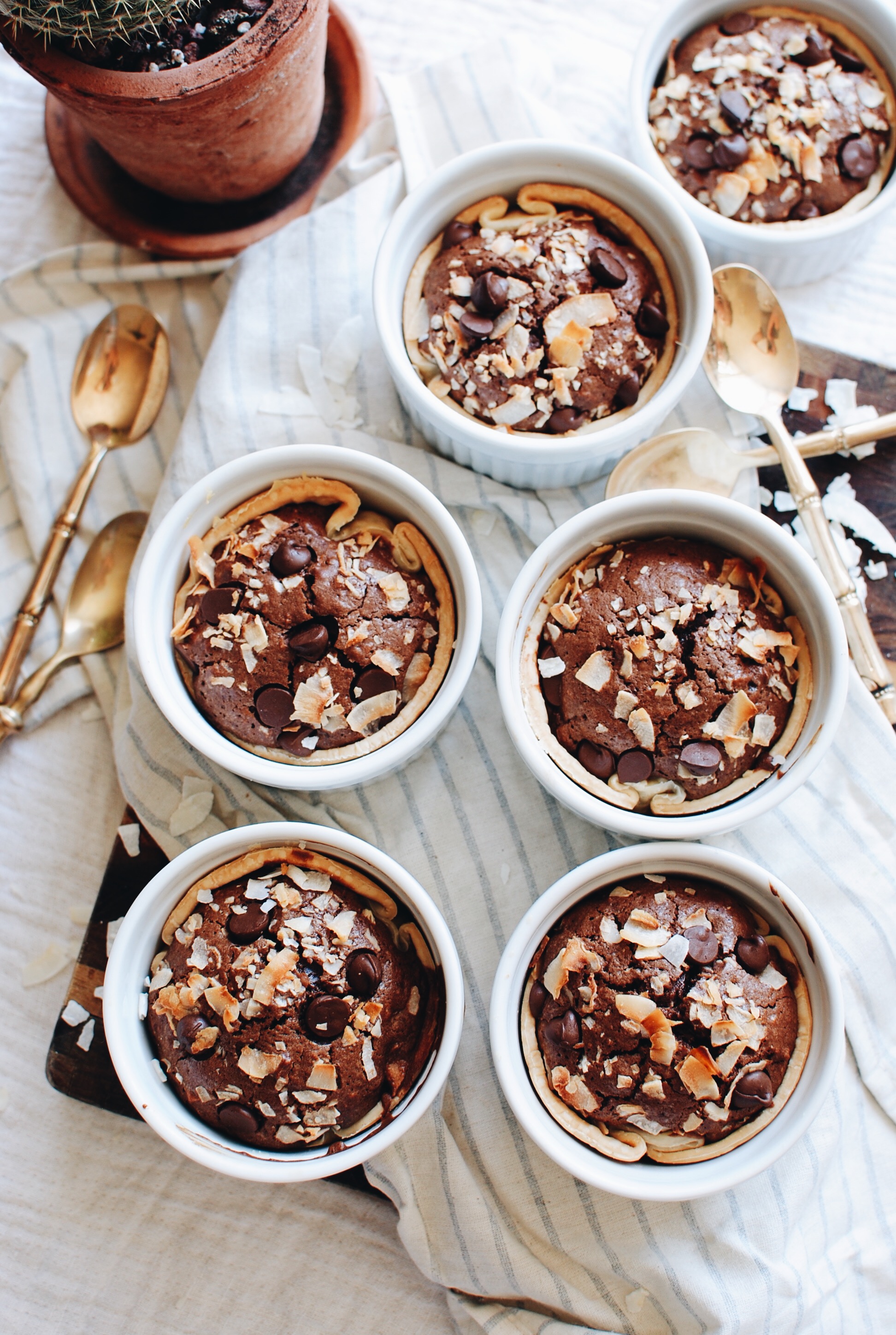 Make these! Not overly sweet, the Greek yogurt adds a subtle tang, it’s dense-ish inside, but not bricky. Coconut throughout, and on top, all lounging out with the chocolate chips. Man, oh man.

Also, going to keep this short because there’s a baby bunny stuck in our tiki torch (don’t ask) and Charlie wants it for breakfast. So I’m going to wake Aaron up before I have a melt down and get arrested for sounding like I’m the one getting murdered. 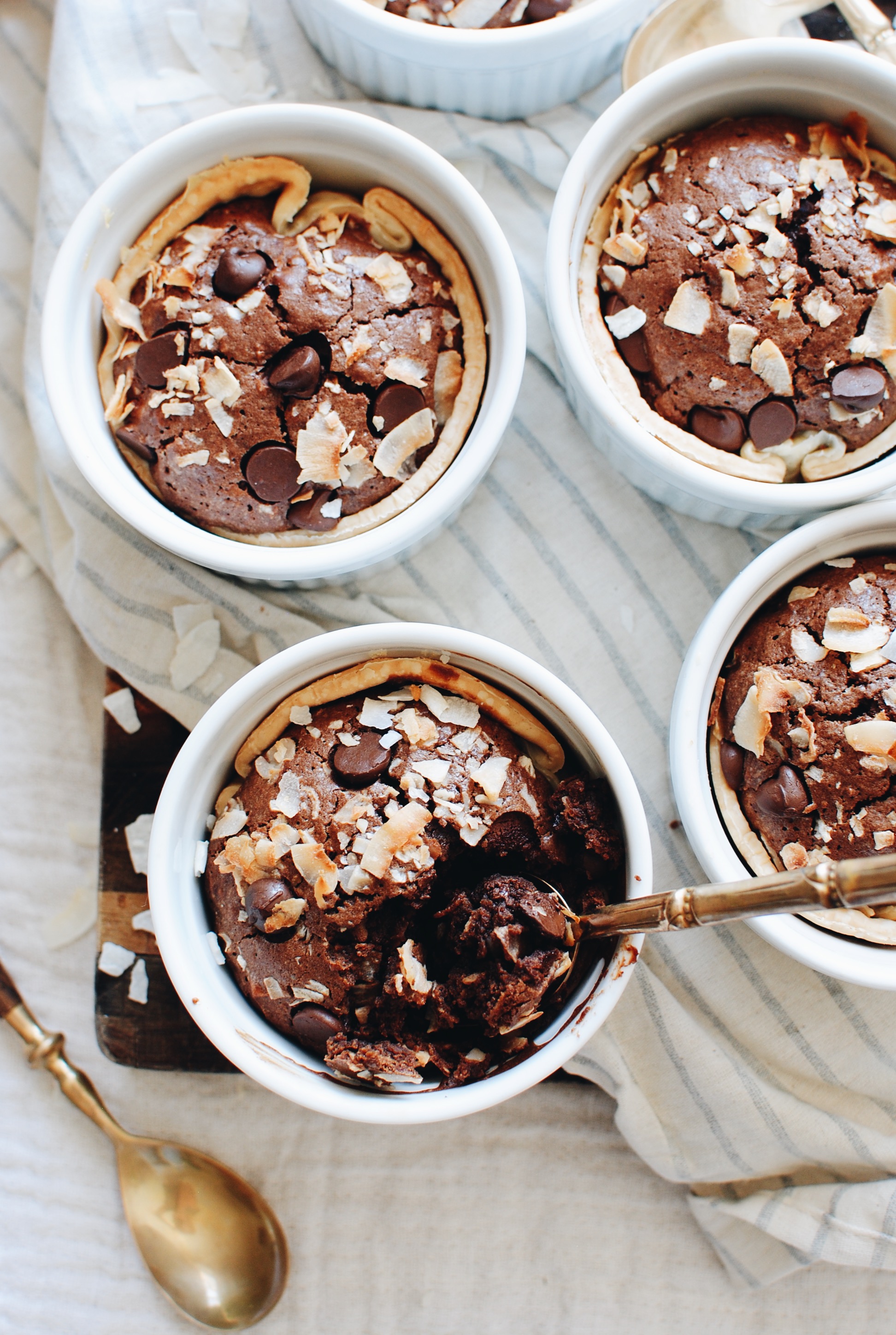 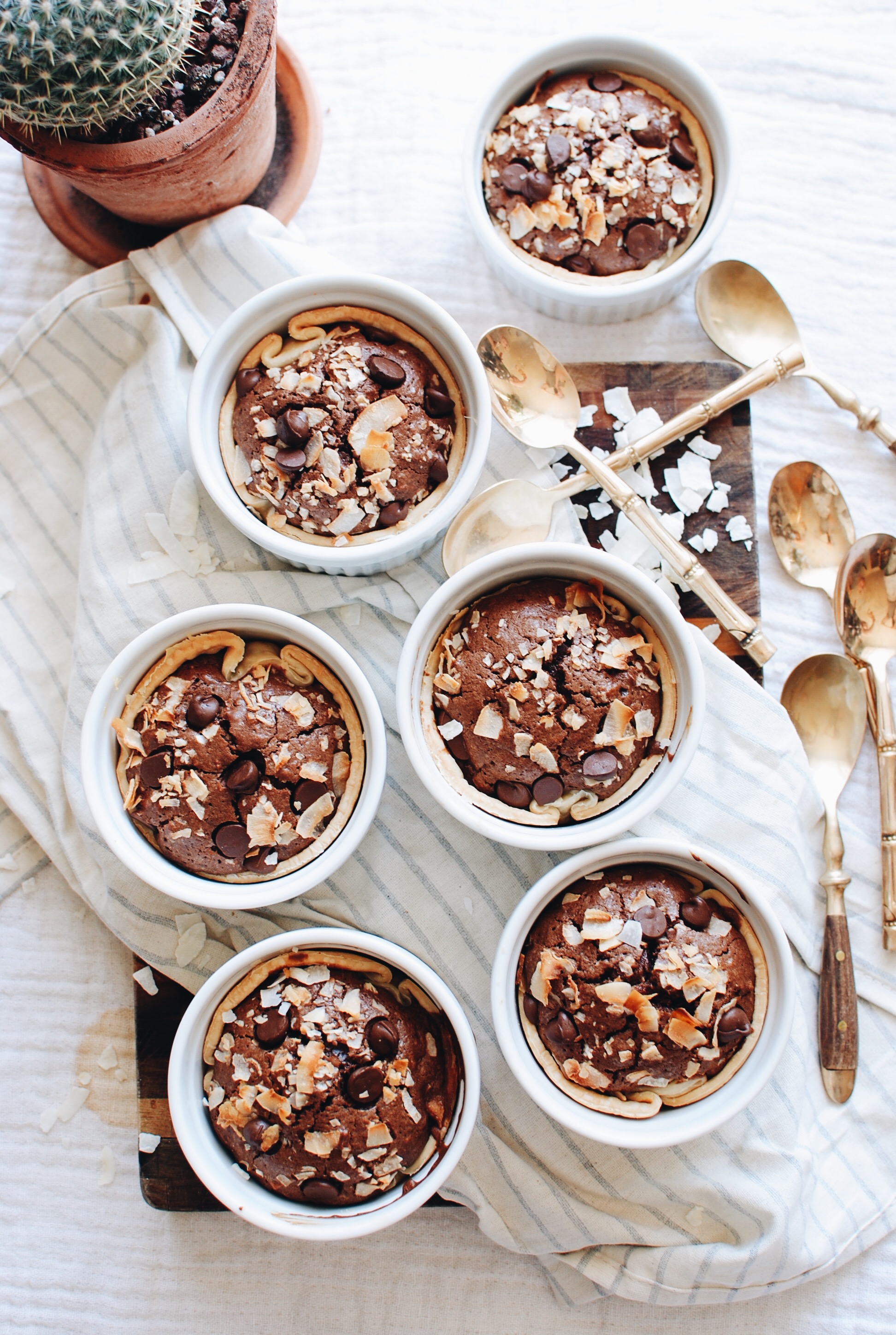 Get these in your mouth. TUH-DAY.

Friday Flotsam
Article Sofas Win at Living Rooms and Life and Everything.