It’s still after school snack season, right? It totally is. 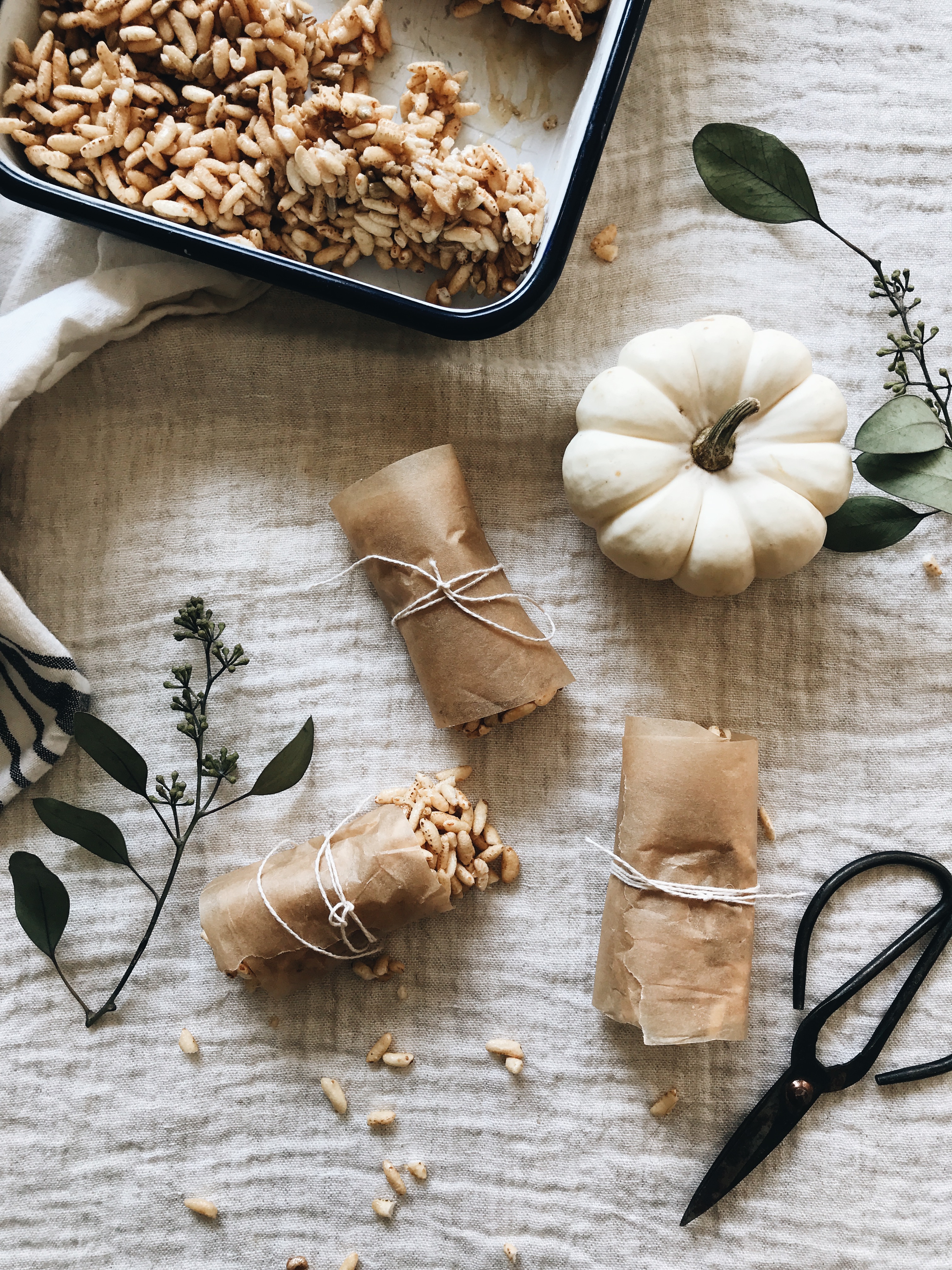 They’re insano easy to pull together, too! Lemme show ya. 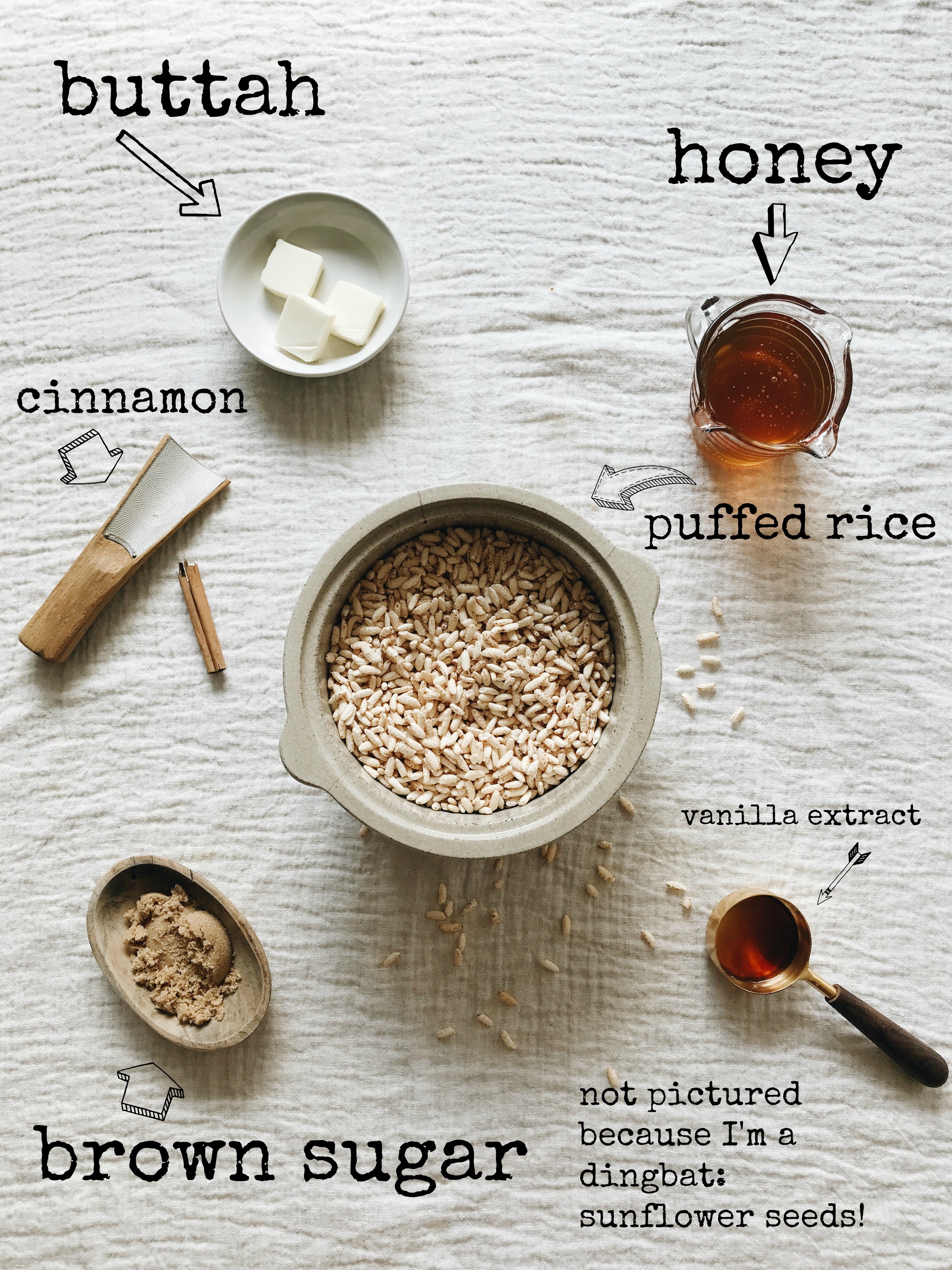 Quick word on the puffed rice, because you’re probably like, WHAT IS THIS PUFFED RICE YOU SPEAK OF. It’s just that, rice that’s puffed. Different from crispies. It will come in a bag in the hippie cereal aisle. And when you look at the ingredients it will seriously say PUFFED RICE. End of story, man. 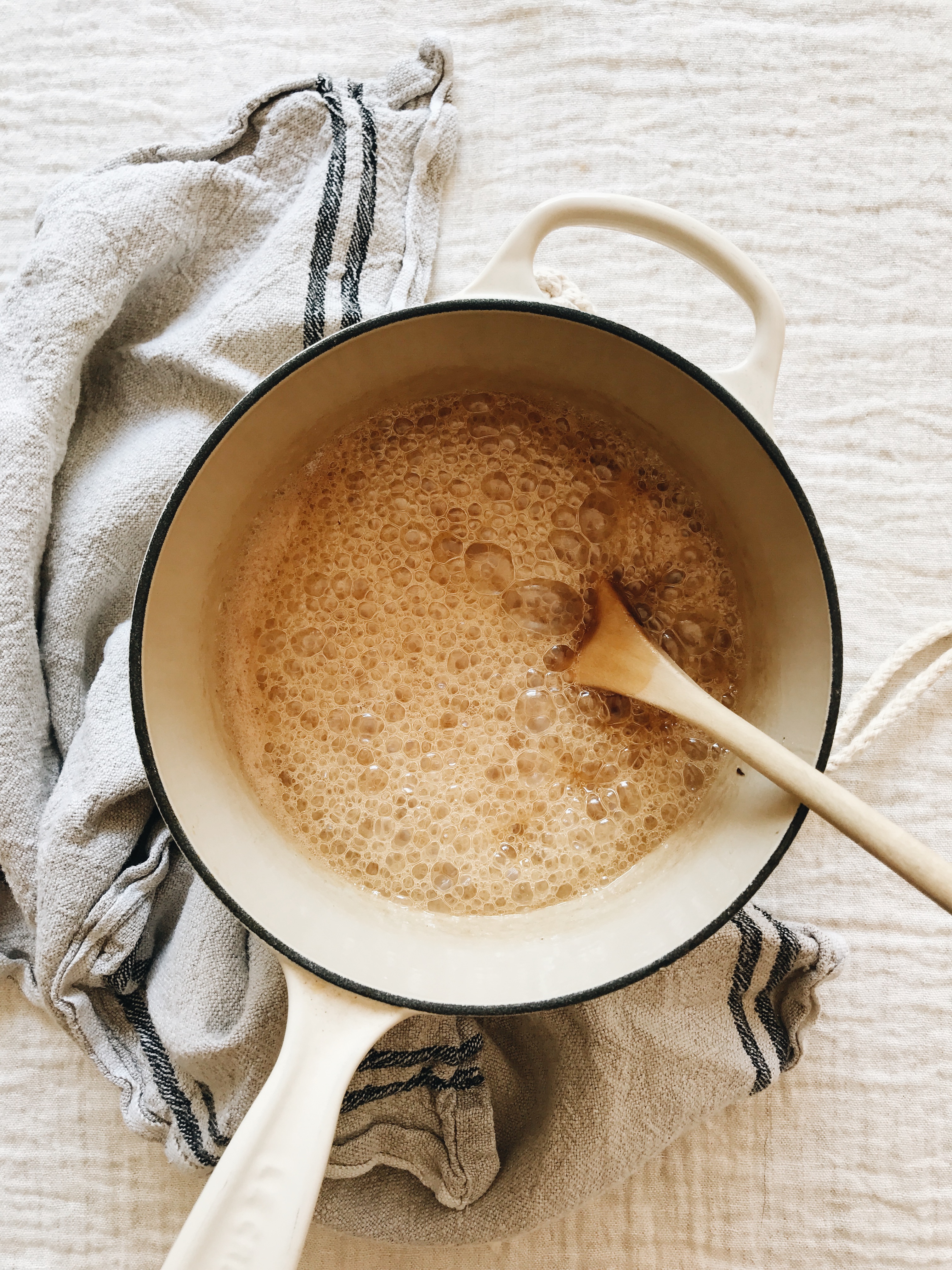 Start by melting your butter, then add in the brown sugar and honey. Let it bubble up and simmer for about five minutes, on a medium setting. Just keep an eye out, if the bubbles start to creep to the top of the pot. Don’t let it overflow! You just want an easy going bubble. 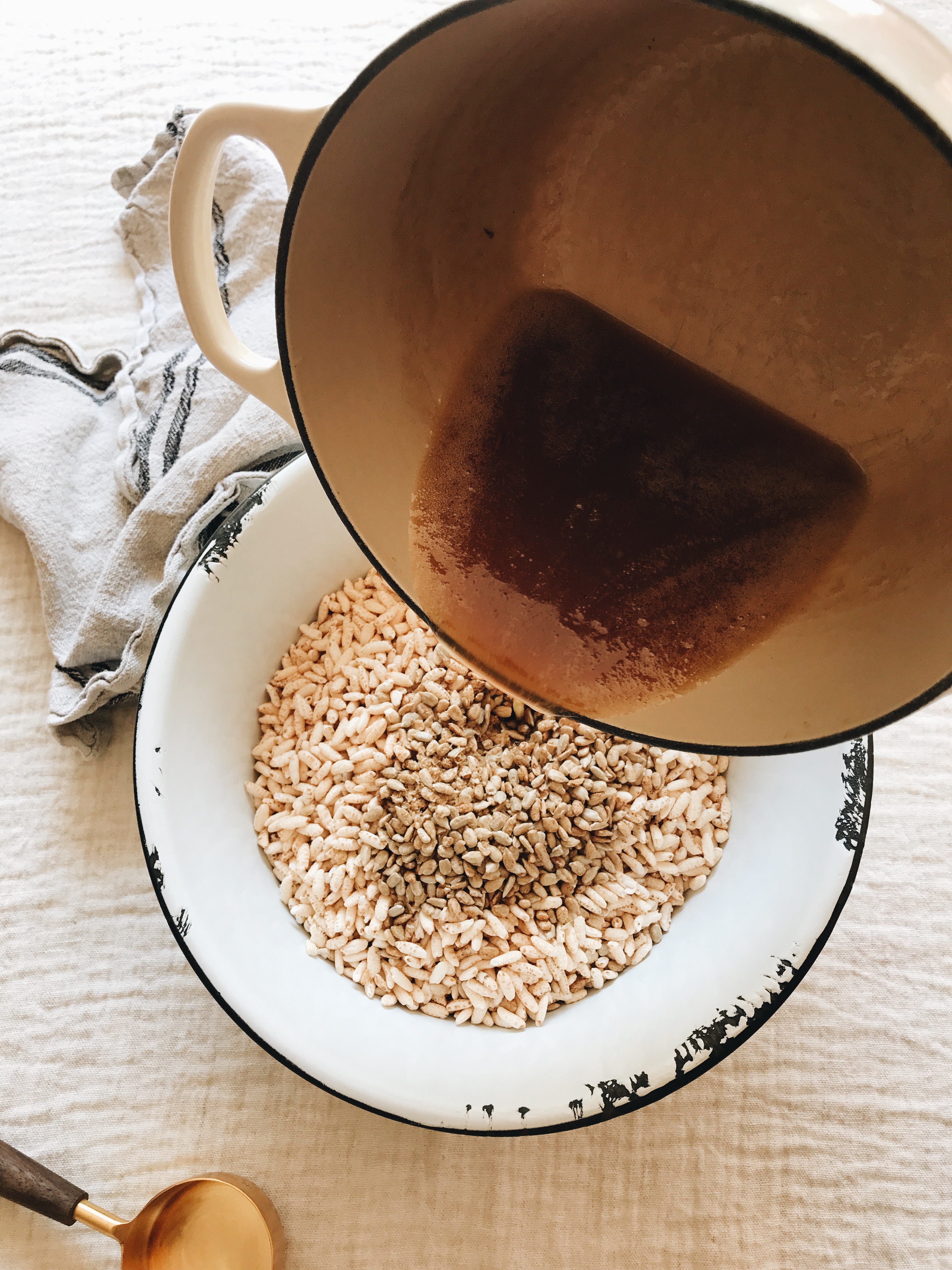 Then you’ll pour the butter/honey/cinnamon/sugar mix over the puffed rice and sunflower seeds. You may tear up. This is a warning.

I added cinnamon to make it feel like FALL, but if no cinny is your bag, you’re still a good person. 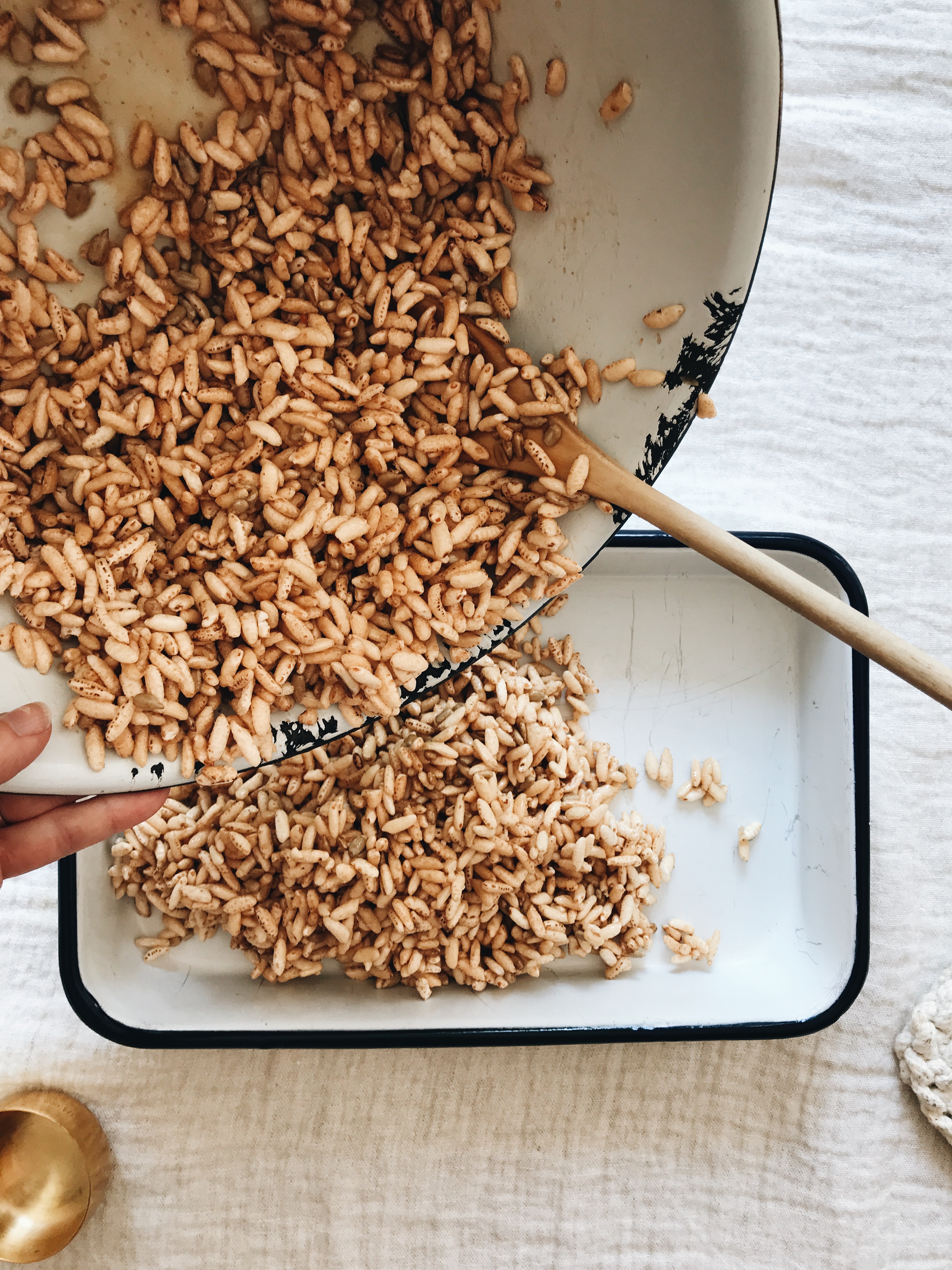 Mix it allll up while it’s hot (but don’t drop it like it’s hot), then pour and press it into a small casserole dish. Mine was 8×11. Stick that babe in the freezer for about an hour or longer, until it’s cold and hard, just like my soul.

Once the mix has totally hardened, use any sort of knife or divider to create little bars! You might get a crumble here and there, but that adds to the mystique, right?

AND LISTEN, if you can’t find the puffed rice, any sort of crispy cereal should work. I made these twice, one with a crispy cereal, and one with the puffed rice. Both are bomb. But know this: once they start to warm up, like really warm up, they’ll begin to crumble a little. So you’ll want to keep them cold until you’re ready to snarf. 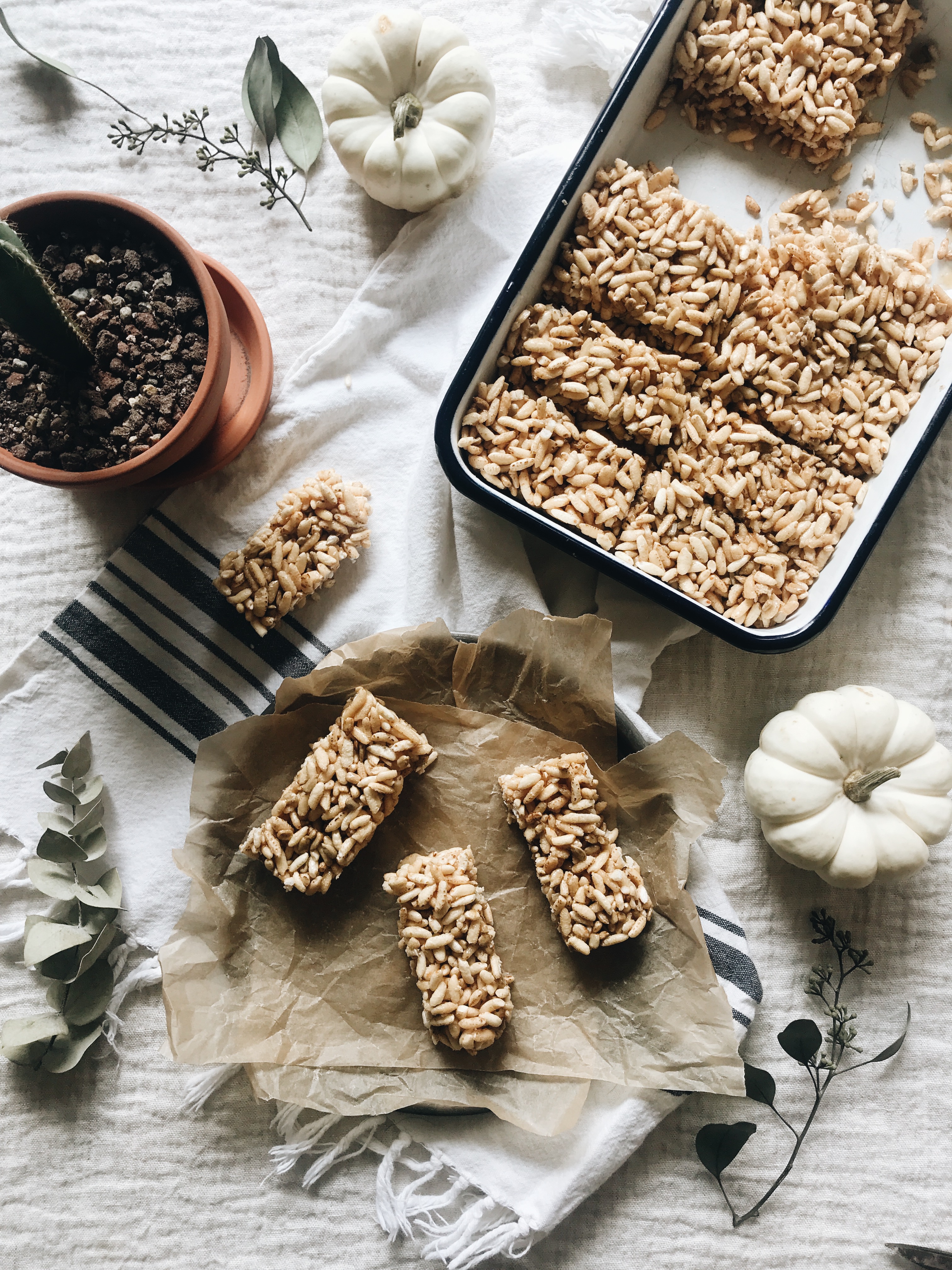 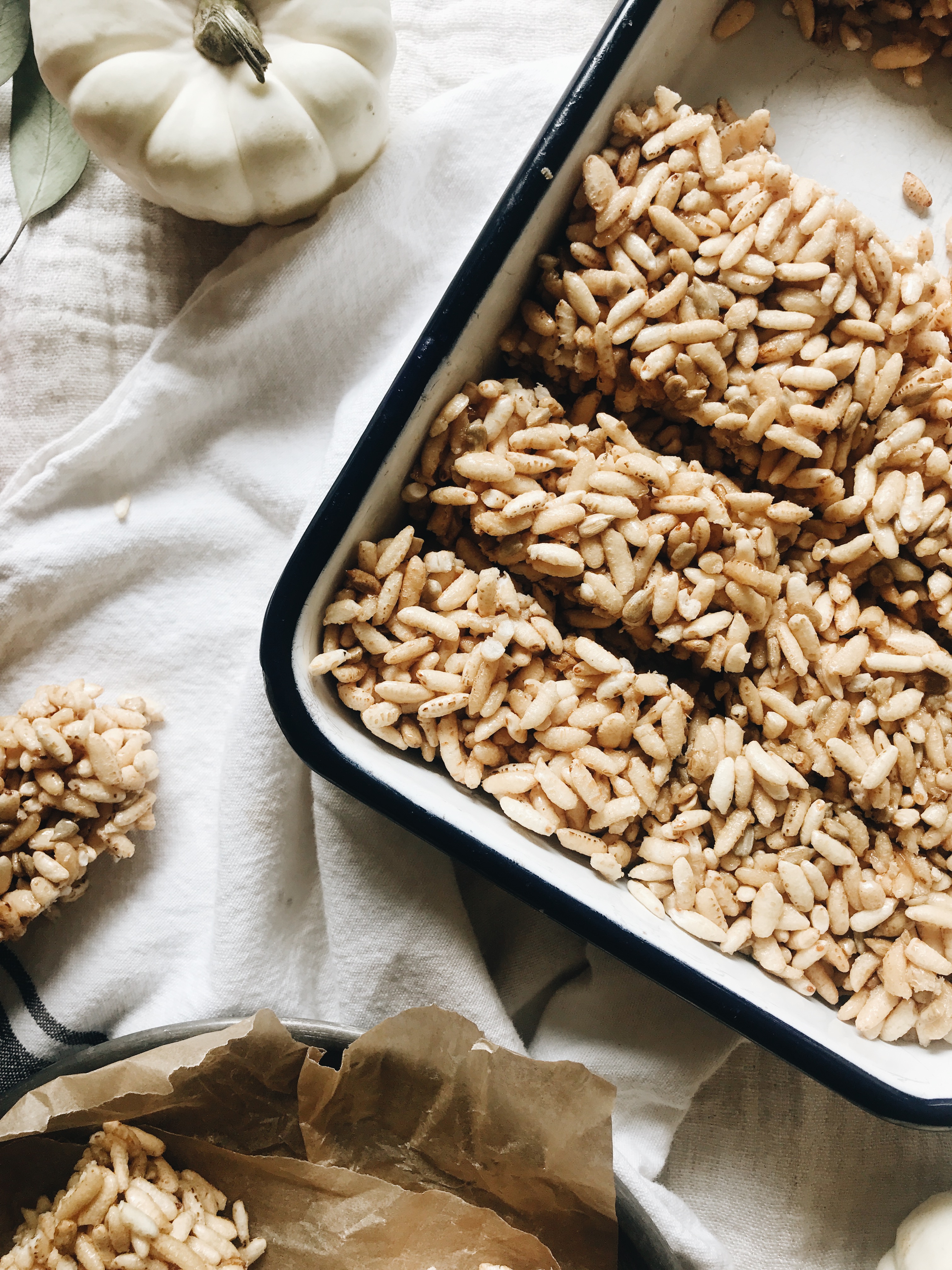 So buttery, so puffy, SO AFTER SCHOOL, you guys.

(This post is in partnership with Real Butter, but all opinions and puffings are totally my own. We coo?)