Last recipe of the year! You bet your face it’s pizza. 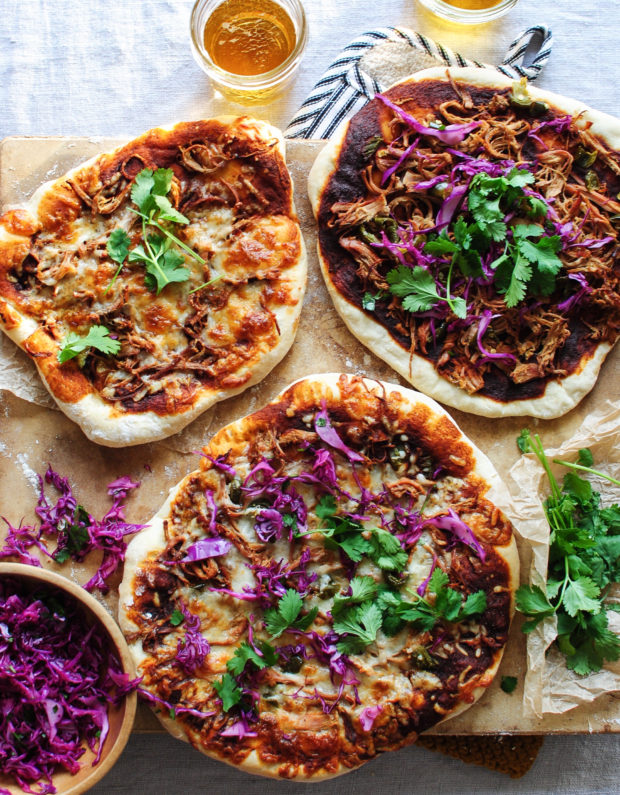 Also, look at that slaw! Let’s talk about this. 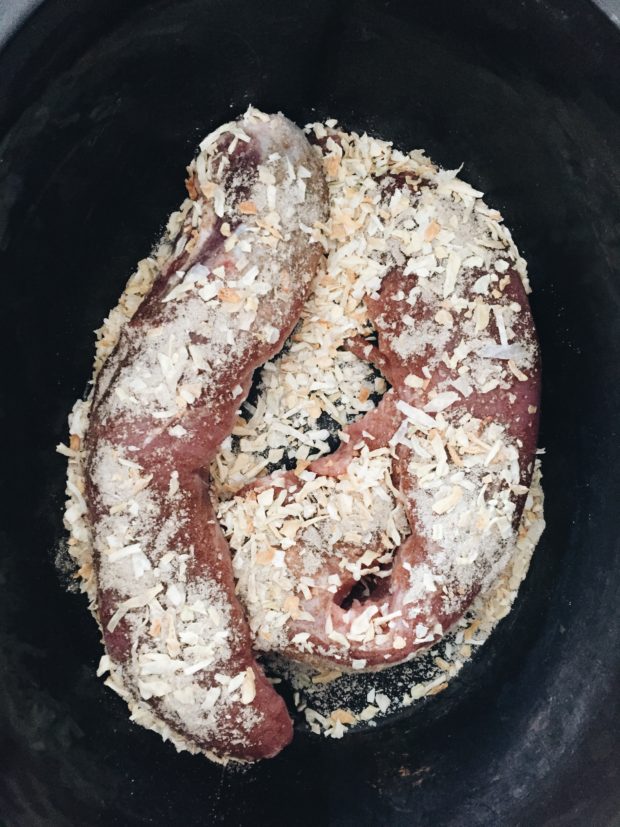 There are two things that make this pizza straight magical.

One – it’s slow cooker pulled pork tenderloin. With a packet of dried onion soup mix on it. UM, yes. I’m showing you waaaay more pork than what will be used for the pizza, so you can do one of two things. 1) Cook all the pork like I’m doing, and save the shredded pork for either sandwiches or a Mexican posole a couple of nights later (like I’m doing tomorrow), or 2) Just cut the pork tenderloin in half, freeze the rest, and only use half the onion packet! My pork package came with two skinny tenderloins, so I went ahead and cooked it all. Whatever you do, you’re still a good person. 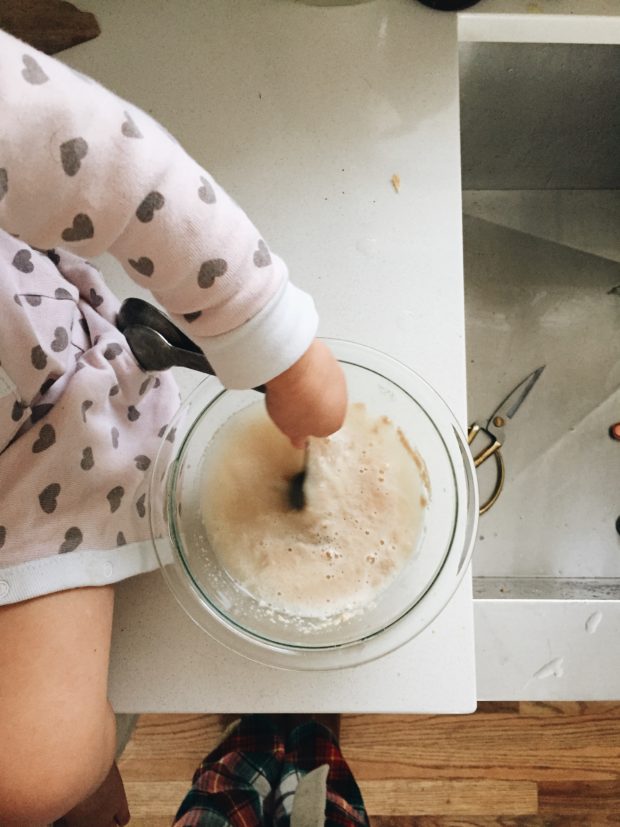 Two – the pizza dough has beer in it! This is my very very favorite pizza dough recipe. I’ve been making it for about a year now, and it’s seriously fool proof. Elastic and forgiving like whoa. You can keep it thick and chewy, or keep rolling it out for a perfect thin crust. Or somewhere in between! Also, if you don’t want to use the beer, just go all water. No bigs. Also also, make sure you have a dirty counter and a pair of scissors in your sink. Otherwise the pizza might not turn out as tasty.

Four – SLAW. You’ll scatter patter a red cabbage slaw on top after baking. It’s incredibly worth it, too. That cool crunch on top of the cheesy pork bbq madness, guuuuh. Can’t. 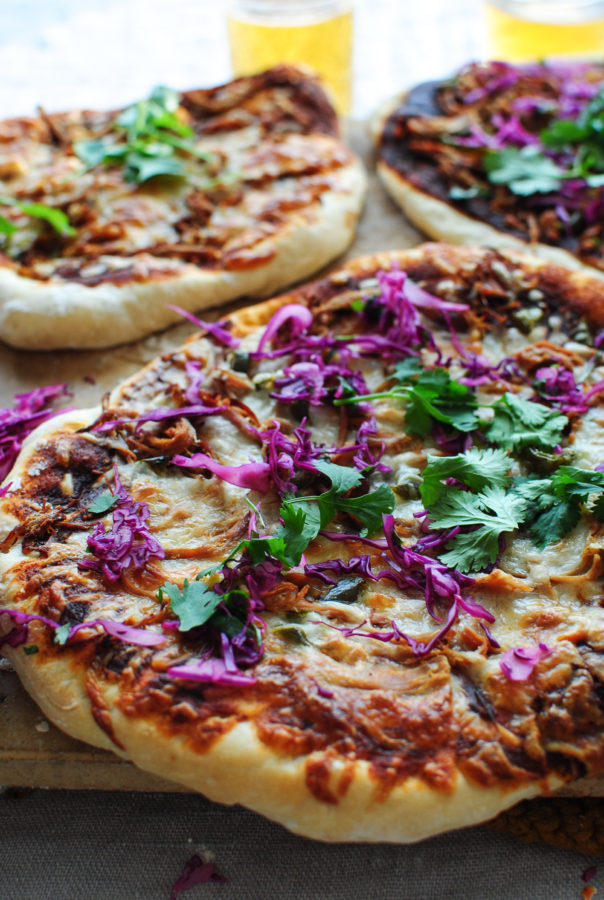 Five – jarred jalapeno peppers! (don’t freak. they’re not on the kids’ ‘za.) But I am telling you, those little transcendent bursts of heat will have you achy. The good kind.

You have to make this pizza! Most of it is hands off, so boom.

And oh! One last tip about the pork. If your pork shreds are too long, just take some scissors and go postal in the slow cooker. I did, and it just felt right. 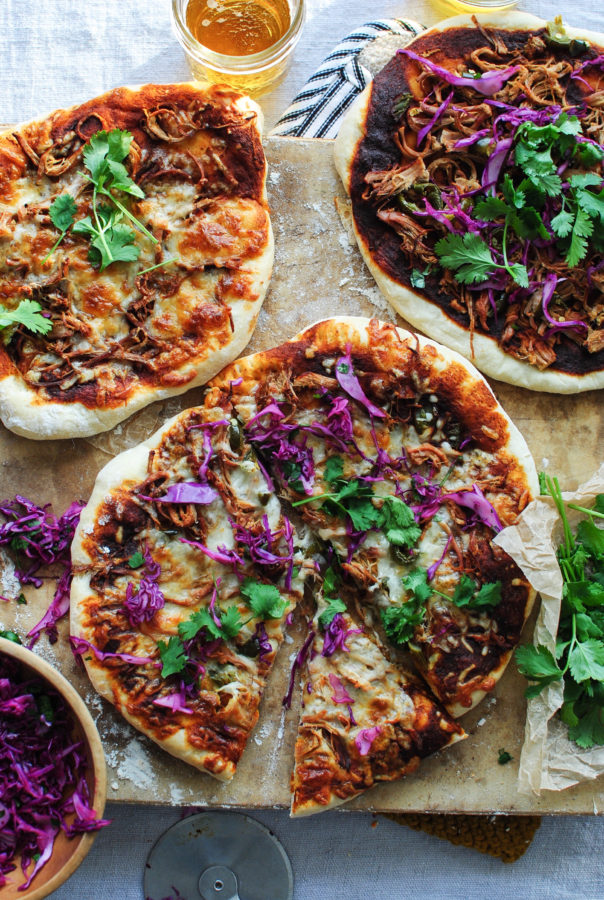 Are you eating it yet? 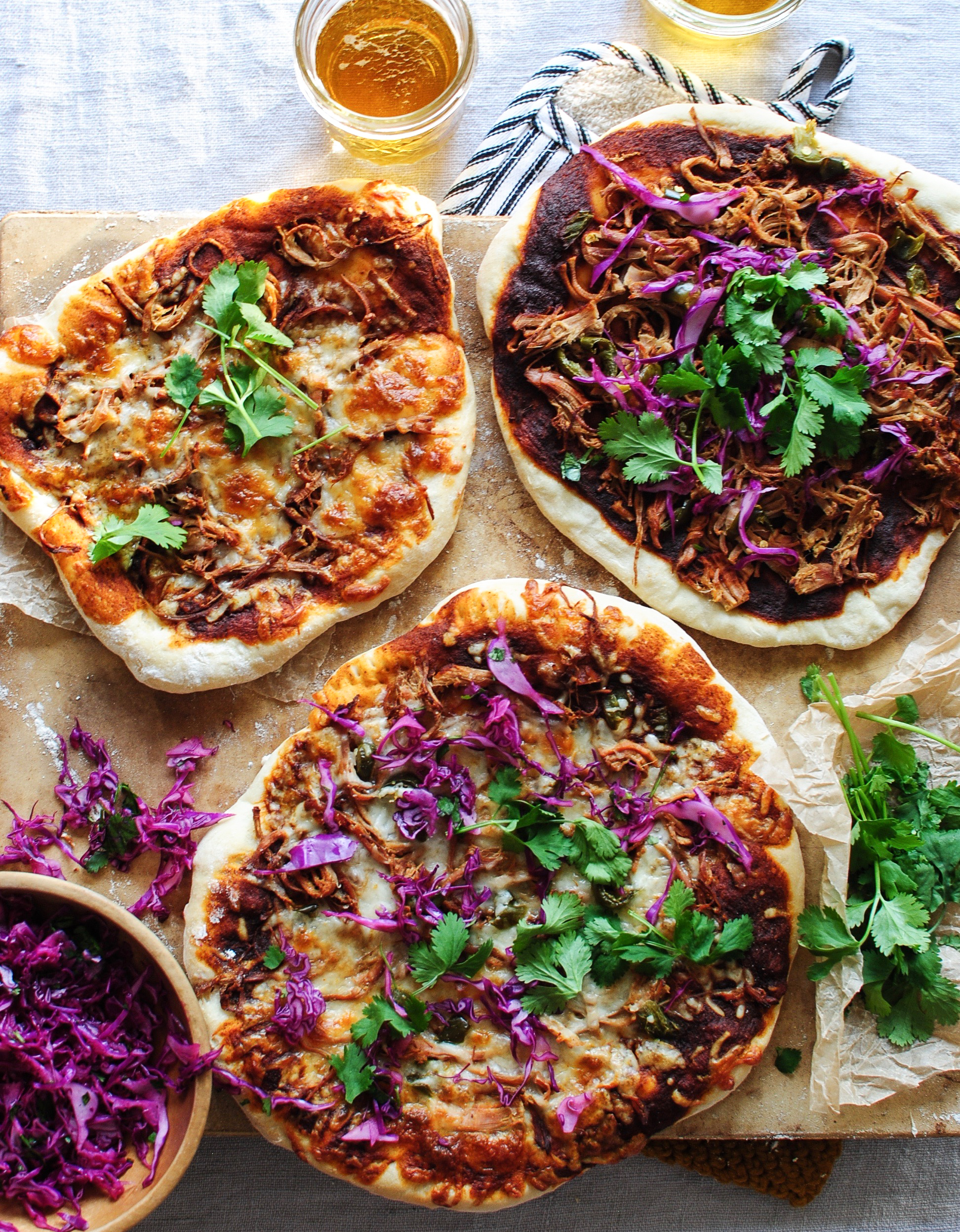 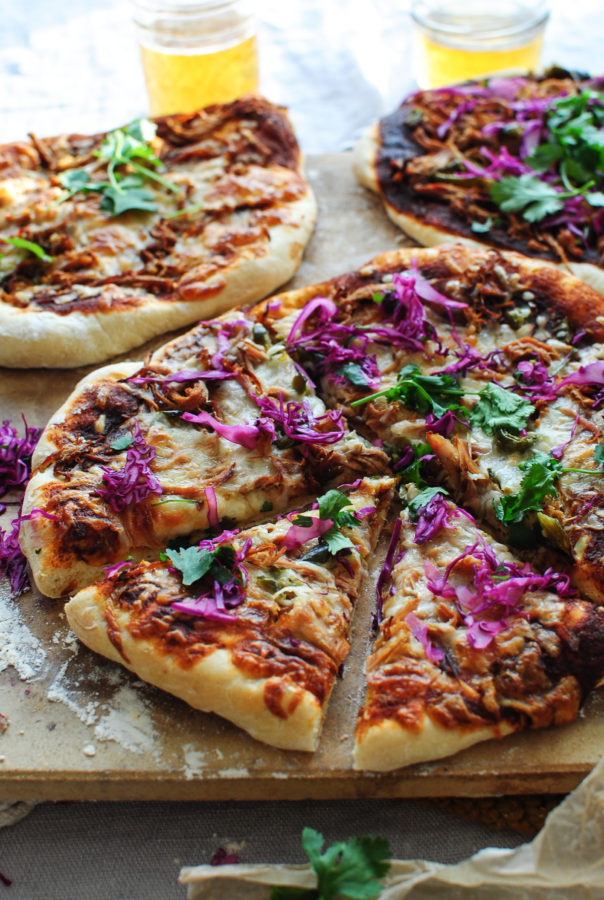