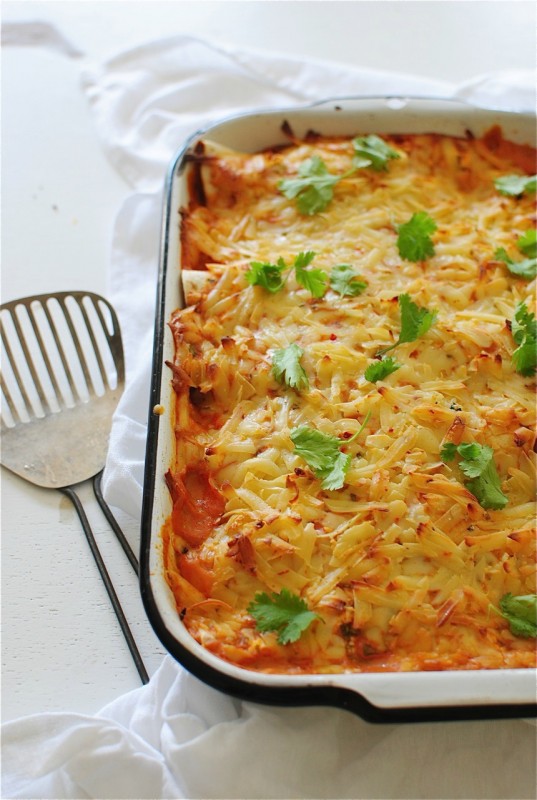 Let me just start by saying, I don’t know what’s up with my cheese. It totally didn’t melt. You can still see the individual shreds. I bought a different brand this time, because the block was bigger and had a hip, clean font on the package. I got straight swindled. Straight shredded swindled.

Anywayz (<—–why?), I’m totally okay with the non-melty cheese. It’s kind of pretty, being able to see every little detail, and not a huge pile of melted orange goo. Although goo is good, too.

I’m overthinking this, aren’t I?

The bottom line is, we’re eating enchiladas, so praise the dang babies. 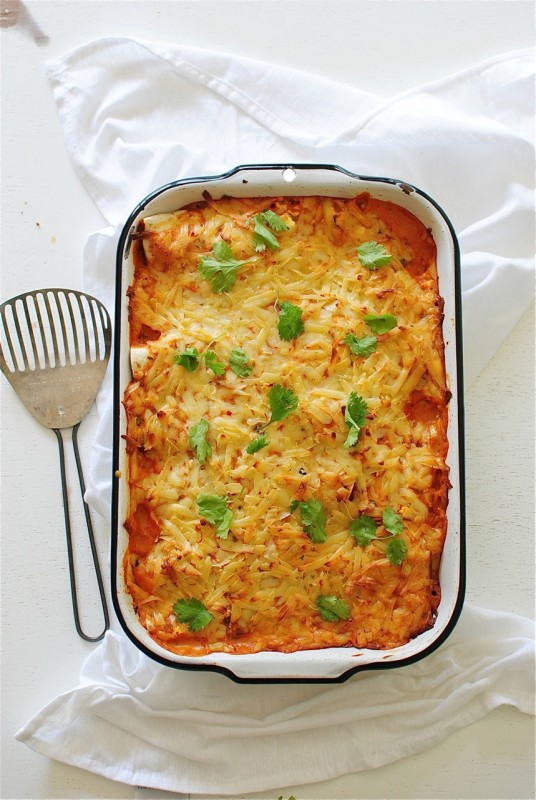 What makes the innards (<—-seriously, why?) a little different this time is the addition of cinnamon. I added it because I couldn’t find my blasted nutmeg. I did a huge pantry purge because I saw some pantry moths throwing a summer kegger in a box of opened granola (AARON), so I freaked my life and threw away e.v.e.r.y.t.h.i.n.g.

I guess that included my little bag of nutmeg. I can’t remember. Perhaps I had a little too much at that granola kegger.

So! The cinnamon is really nice. Just a tiny, tiny bit goes a lawng, lawng way.

Also, I added cream cheese and milk to the enchilada sauces, just like I did with the creamy chicken and jalapeno version. I’ll never regret it for as long as I live.

And lastly, those are mint leaves in my lemonade, not dead bugs. They’re not vibrant because I made the fresh batch a day before, for a play date. I need to tell you about this lemonade. It’ll change the direction of your goals in life. Maybe next week I’ll show ya. 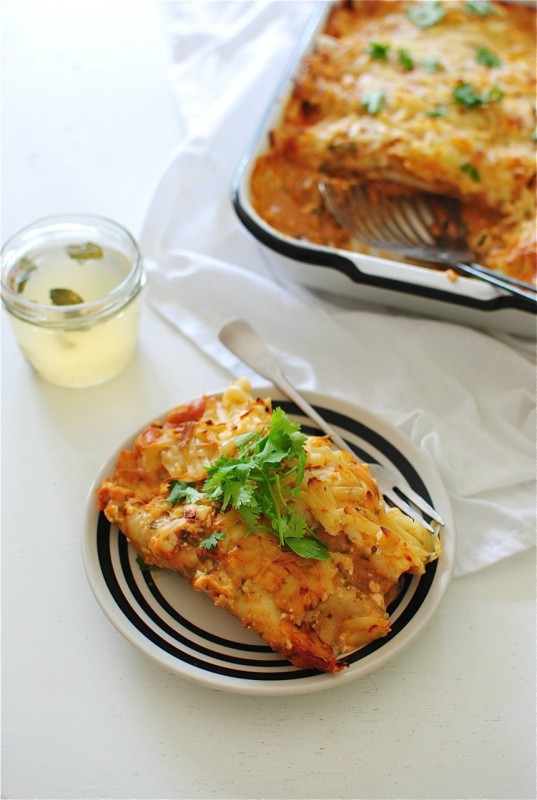 For now, eat your face off.

Heat the oil in a large sauté pan. If the breasts are thick, slice them in half lengthwise with a sharp knife. Season both sides with salt and pepper, and sear them in the pan until browned on both sides, and cooked all the way through, about 6 minutes per side. Let the chicken rest a few minutes while you prepare the rest.

Back in the pan, add (a little more oil if needed) the onions; sauté for a few minutes, until they start to soften. They’ll pick up the color from the chicken bits and it’s absolutely glorious. Add the garlic and sauté 30 more seconds, until fragrant.

In a large bowl, whisk together the enchilada sauce, cream cheese, milk and cilantro. If you can’t get the cream cheese to fully blend and you see little chunks, das a’ight.

Now that the chicken has rested, give it a rough chop. Transfer it to a large bowl, and add the onions, garlic and spinach. Toss it all together. Season with the cinnamon, and another pinch of salt and pepper. If you want to start with half a tsp of cinnamon, do that. You don’t want it to overwhelm the flavor. If a half tsp isn’t enough, keep adding. Das right.

Evenly divide the filling among the tortillas, and roll up tightly, placing them seam side down in the pan.

Pour the rest of the sauce over the enchiladas, and top with cheese. Bake, uncovered, anywhere from 30-45 minutes, until the cheese is melted, browned and bubbly. 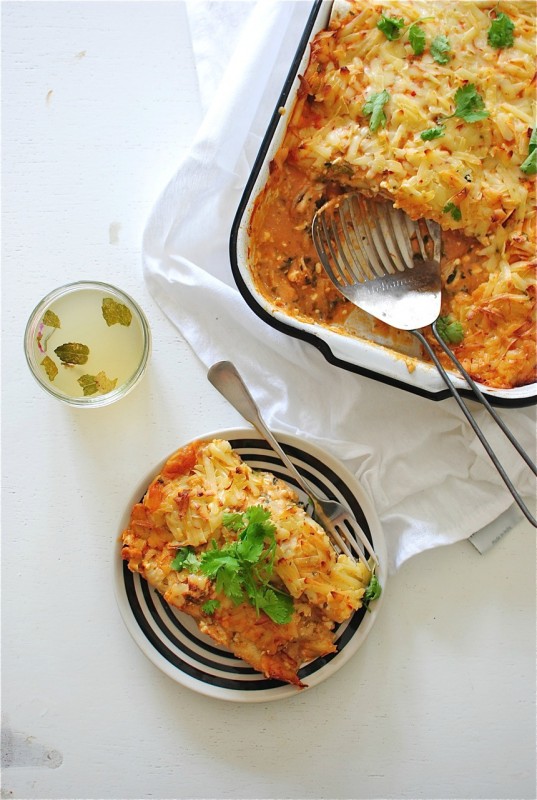 I forgot to show you the pretty, colorful insides because twins.