I can assure you you’re at the right website, so you can go ahead and feel around for your eyeballs that have probably popped out and are rolling around on your keyboard due to extreme shock at what they just witnessed.

I flippidy flippin’ made ice cream! A DESSERT. Something SWEET. Something so rare on this site I’ve alerted the council and am currently preparing for my international tour where I’ll be interviewed at great length to discuss what brought on this change in my life.

“Well, your honor,” I’ll say to them, “it all started one balmy summer afternoon as I was sunbathing in the exquisite gardens of Versailles, when all of a sudden he appeared on a magical zip line out of the sky, shirtless and glistening in the sun, with a golden lasso in his han – – -” oh, wait. That’s a totally different daydream. Sorry.

Truth is, I won an ice cream maker from Amy not long ago and my husband flipped every single one of his lids. And he has a lot of lids. 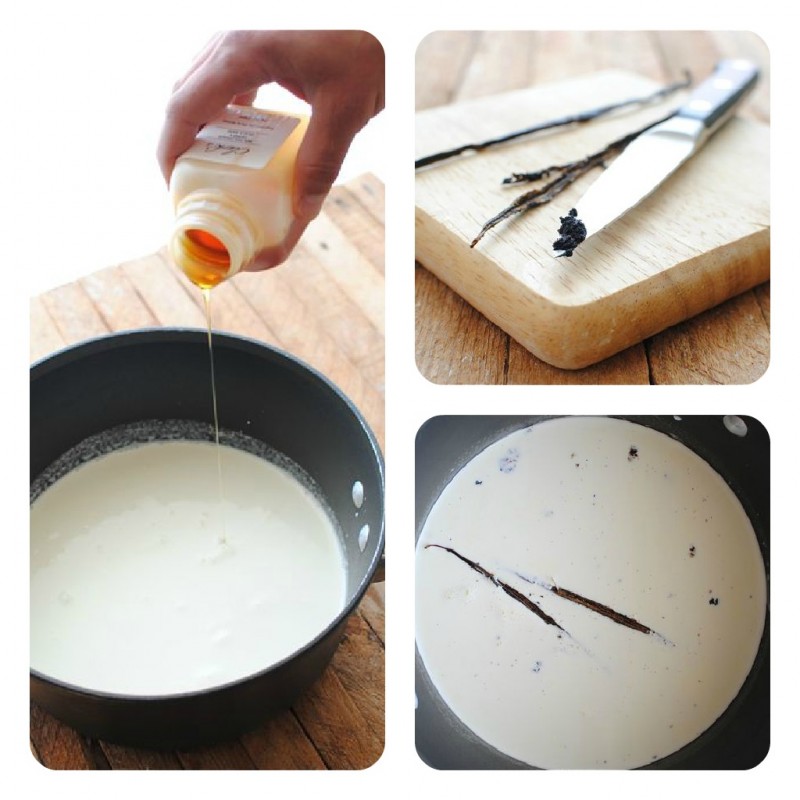 Making ice cream is weird. I mean, I’m totally into it NOW, after having made it three times, but you just have to wrap your head around the SCIENCE of it, which I’m totally not good at, as evidenced last night when I broke down into a fit of tears when watching NOVA because I just cannot fathom how the universe is infinite with billions of galaxies and stars and planets and milky things and no thanks. IT’S SO BIG, YOU GUYS. 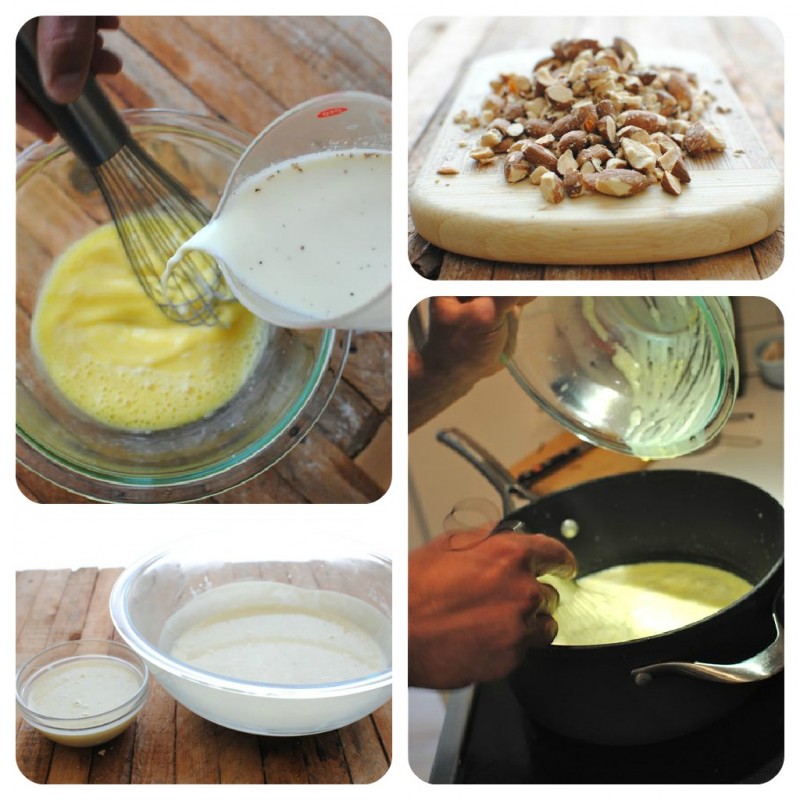 Making ice cream is also a dang good time. Maybe I just like the fact that it’s so 1950s and domestic and that I got the chance to wear my bright pink poodle skirt when making it. Along with rounding the corners of my photos. (Hey, a vintage ghost told me to do so. Blame her.)

And the taste? The silky smooth texture? The pleasant crunch of the chopped almonds? GURL, PLEASE.

Let’s not pay too much attention to how fast my ice cream is melting. It was like Satan’s sauna in my living room when I shot this.

I’m going to go rub some on my face right now.

(adapted from the Cooks Illustrated cookbook)

What it took for about 1 quart:

Pre-freeze your ice cream container thingy for about 18 hours.

Slice the vanilla bean down the center lengthwise with a paring knife and scrape out the seeds inside.

In a saucepan, add the cream, milk, 1/4 cup sugar, vanilla beans, pod, salt and honey. Whisk the mixture and bring it a very light simmer, 5 – 10 minutes.

In a medium bowl, whisk together the egg yolks and remaining 1/4 cup sugar. Slowly whisk about 1 cup of the milk mixture into the bowl, tempering the eggs so they don’t scramble on you. Whisk until smooth, 30 seconds. Pour egg mixture back into the saucepan and continue to lightly simmer on medium-low until it has thickened, another 10 minutes. Remove vanilla bean pods and discard.

Pour the egg/milk mixture into a large bowl and let cool about 20 minutes, until it’s no longer steaming.

Pour one cup of the mixture into a smaller bowl and cover both bowls with plastic wrap. Stick the small bowl in the freezer and the larger bowl in the fridge and let completely cool, about 3 hours. Don’t even ask me why we do this. It’s that science thing or whatever.

Bring both bowls back out and scrape the smaller (more frozen) custard into the larger bowl. Stir until fully dissolved and combined.

At this point, you’ll put the ice cream frozen container thingy back on the machine and turn it on. Pour the mixture into the container and watch the machine works its magic. It will probably churn about 25 minutes, so at the 20-minute mark, add the chopped almonds. The machine will do the churning and mixing, so you can go ahead and pour yourself a drink.

At this point it will be sort of like soft serve, so if that’s your bag, eat! We bought a little quart-sized white container to store our ice cream in, so that we’d feel cool.