I don’t WANT to annoy the living tar out of you. I don’t. 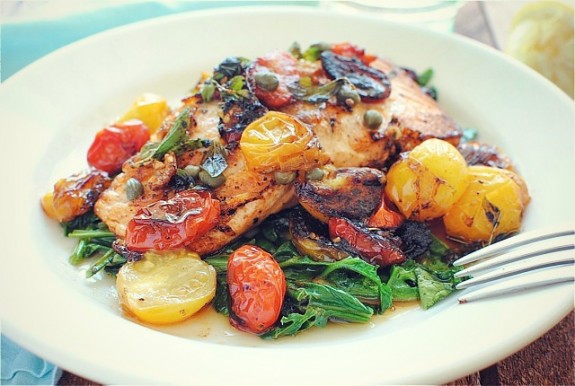 So let me just get this teeny tiny thing out of the way real quick before we begin, cool?

Just bear with me.

…..sweet Lordy Lou almighty beans of the earth he diddly done won it. 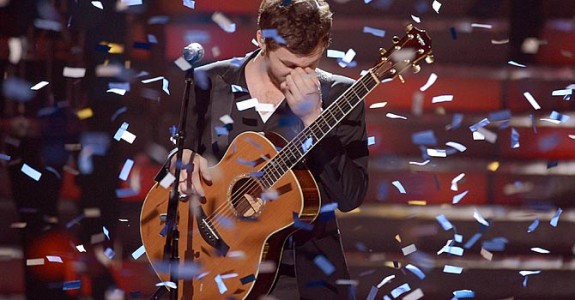 Not that this was a shocker, I mean come on. Did you hear him sing Home two nights ago? Ugh, I just wanna stick him in my black tank top. WHAT. Okay, I’m done. Forever. Maybe. But probably not.

And nooo, I didn’t DRIVE AARON AWAY with too much PP talk. That will be later this summer. It just happened to be one of those nights where he had a work dinner and I had clean hair, so I found myself at the fresh fish counter and butter on the brain. Speaking of fresh fish counter, can I tell you something? I’m embarrassed already. Here goes:

Was that the sound of you deleting me from your life?

I know. I’m a ridiculous excuse of a human being. (I almost typed bean, which I kind of like actually) But normally I’m not planning on cooking the fish THAT DAY, so I just buy it flash frozen. But let.me.tell.you.whut.sisters.and.brothers. I bought it fresh this time around and it was like FIELD TRIP day for me. I poked it. I prodded. I made it jiggle. I probably shouldn’t say anymore. 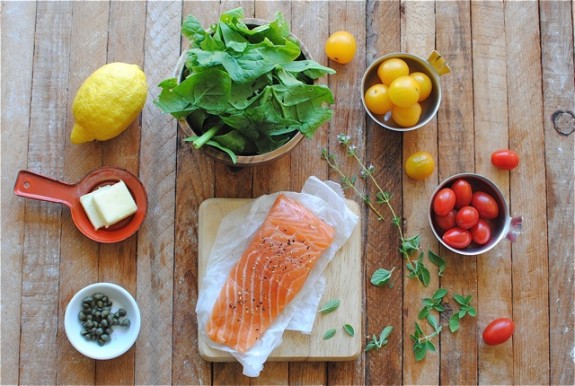 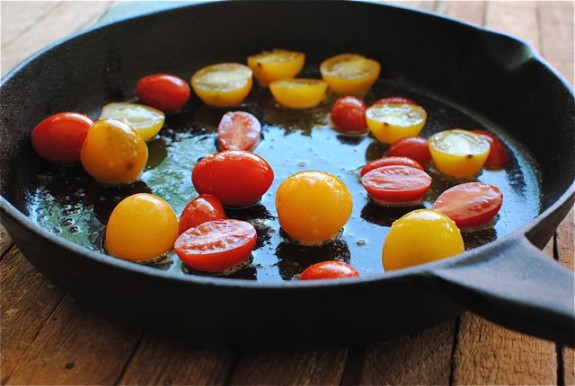 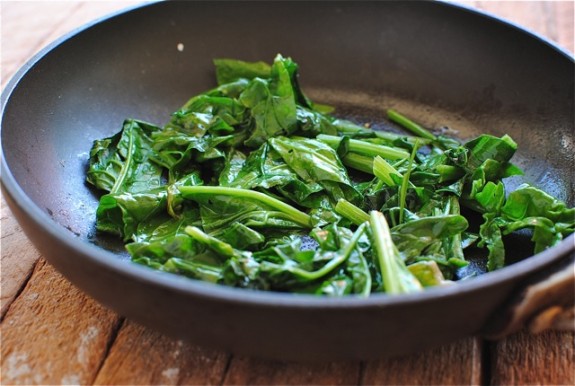 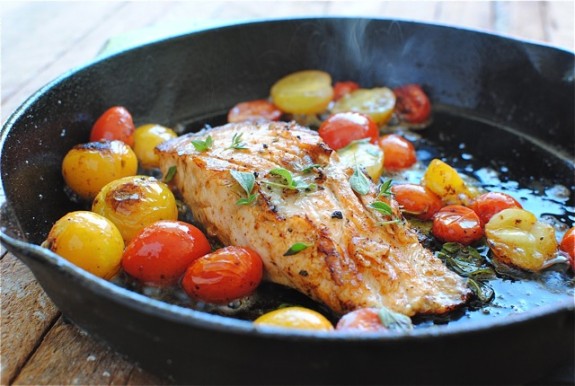 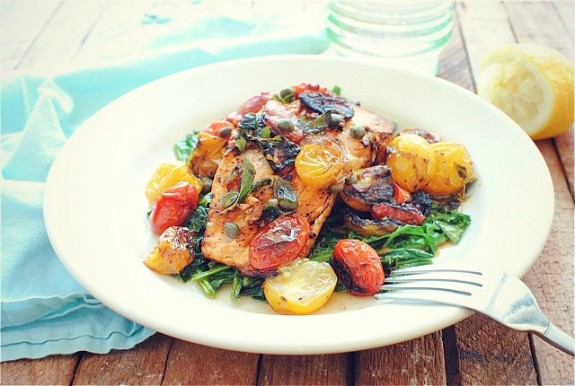 Or perhaps my ponytail is a little too tight. 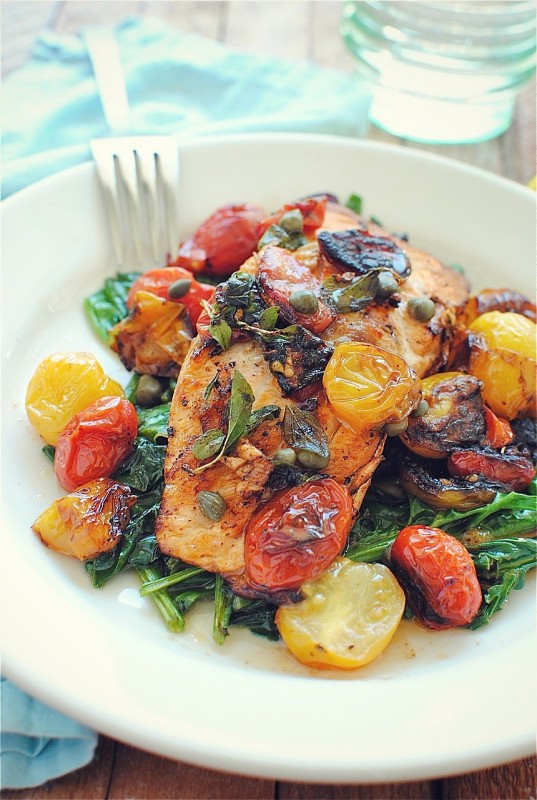 You better get on this before I start talking about Phillip again!

Pan-Seared Salmon For One:

What it took for One:

Melt the butter and 1 tsp oil in a cast iron skillet. Once the foaming starts to subside,  add the tomatoes and cook for about a minute. Add the salmon fillet, season with salt and pepper and sear on one side for 3 minutes. Carefully flip with a fish spatula and sear another 2 to the 3 minutes. Add the herbs and toss the tomatoes around a bit. They’ll be getting some nice browned marks by now and breaking down a tad.

In the meantime, heat the remaining tsp oil in another small skillet. Add the spinach and wilt, 2 minutes. Toss in a pinch of salt and pepper.

Serve salmon and tomatoes over the wilted spinach and garnish with the capers and a HUGE squeeze of lemon. You don’t even k.n.o.w.

*obvs if you want to make this for your date or family or whatevs, just double or triple ze recipe!

47 Responses to Pan-Seared Salmon For One