THIIIIIIIS is going to change the path of your mouth’s summer. 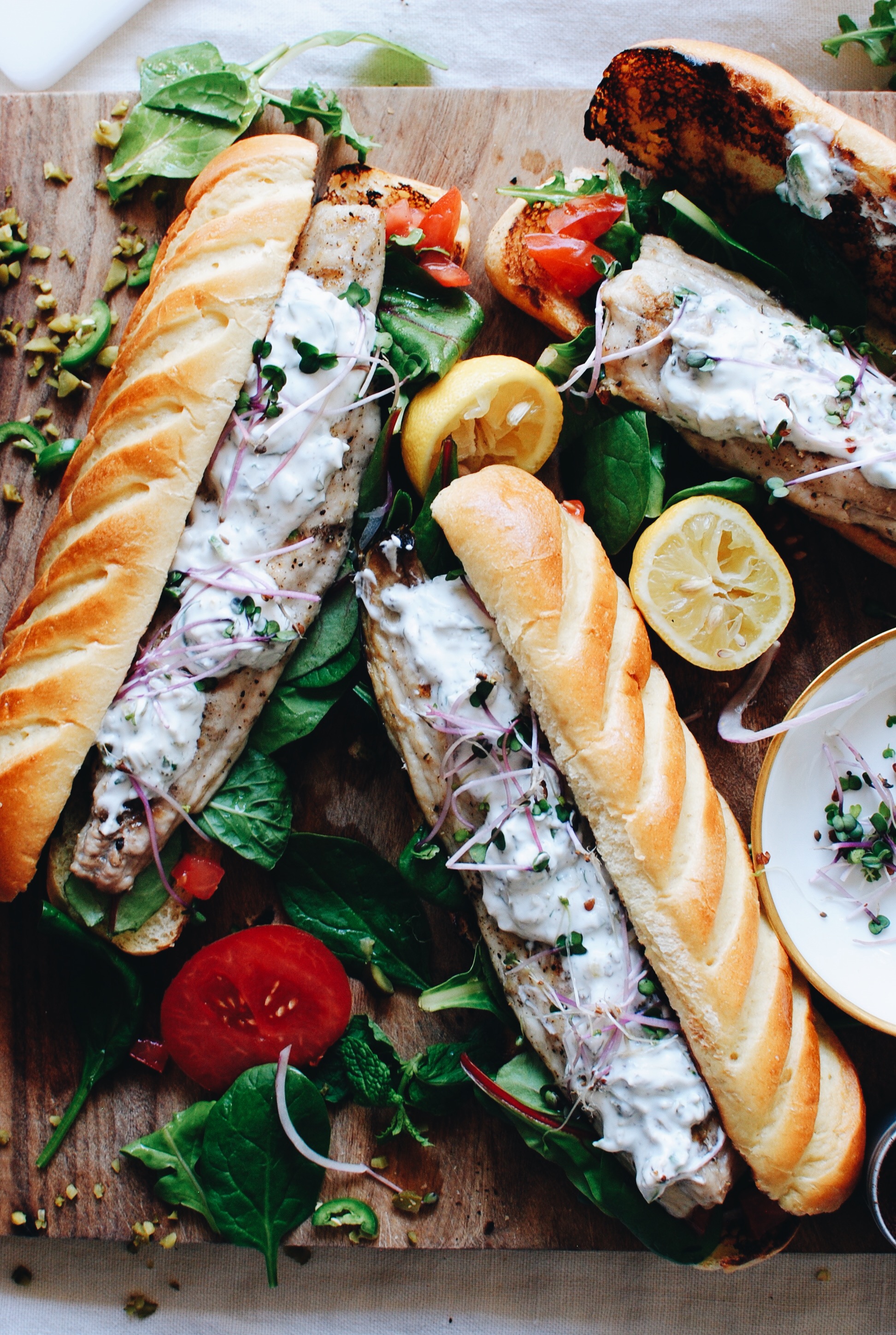 Because it’s fish! Mackerel. Grilled mackerel. With a chunky, zingy yogurt sauce on top and a crisp salad on bottom. 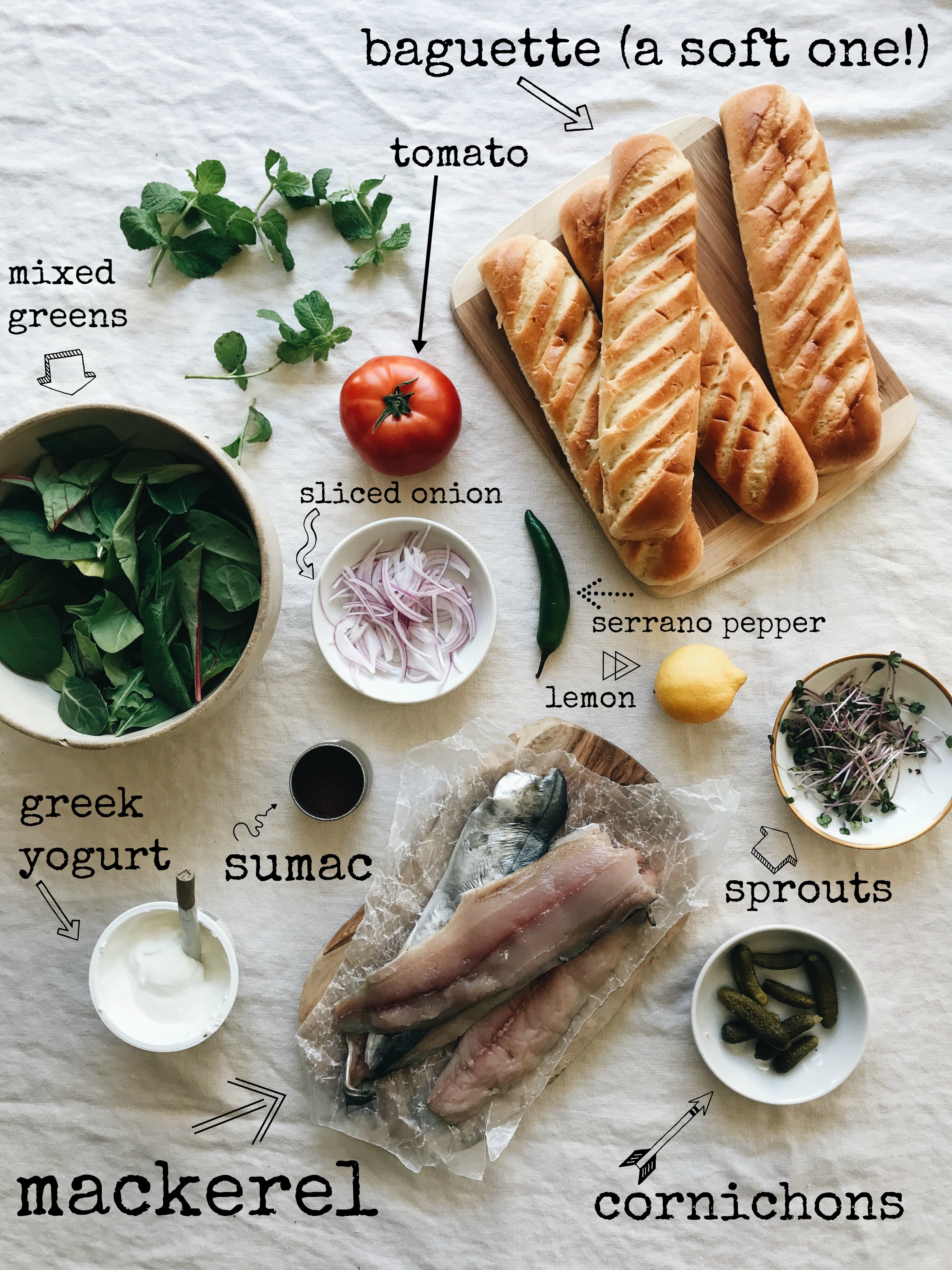 But first, a little bit about this recipe. Remember that show on Netflix I was telling you about – Ainsley Eats the Streets? This is another recipe from the show! I mean, it’s close. Not exact. It’s me watching the show and Tasmanian Devil-y jotting down the ingredients and steps so that I could recreate it with what we have here.

I made this Three-Cup Chicken for you a while back (from the show) and sooooo many of you have been whipping it up on the regs. WHICH I LOVE SO MUCH. So I’m hoping this summer fish sammy will floor you enough that you simply cannot live without it on a weekly basis.

Because it’s my new life. 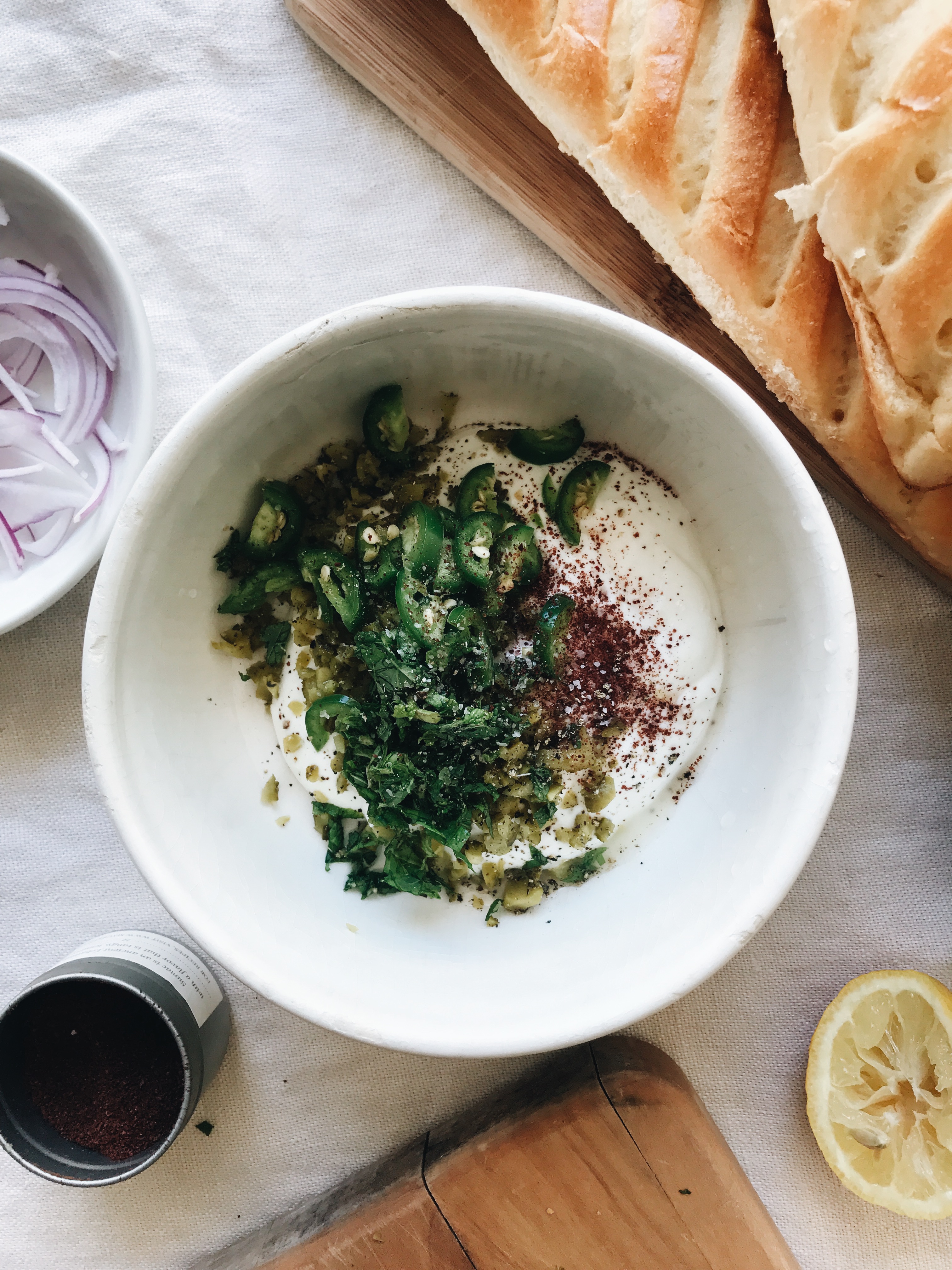 The sauce! It’s super simple, but packs a LOT of boom. Greek yogurt, chopped cornichons (TJ’s has ’em!), a finely diced serrano pepper (jalapeno is fine!), chopped mint, lemon juice, and sumac. Which if you CAN’T find, you’re still a good person. I just happened to have it in my pantry, but don’t go on a wild sumac chase to find it. A pinch of lemon zest in its place would be spectacular.

Whisk that mess together and let it chill out in ze fridge. 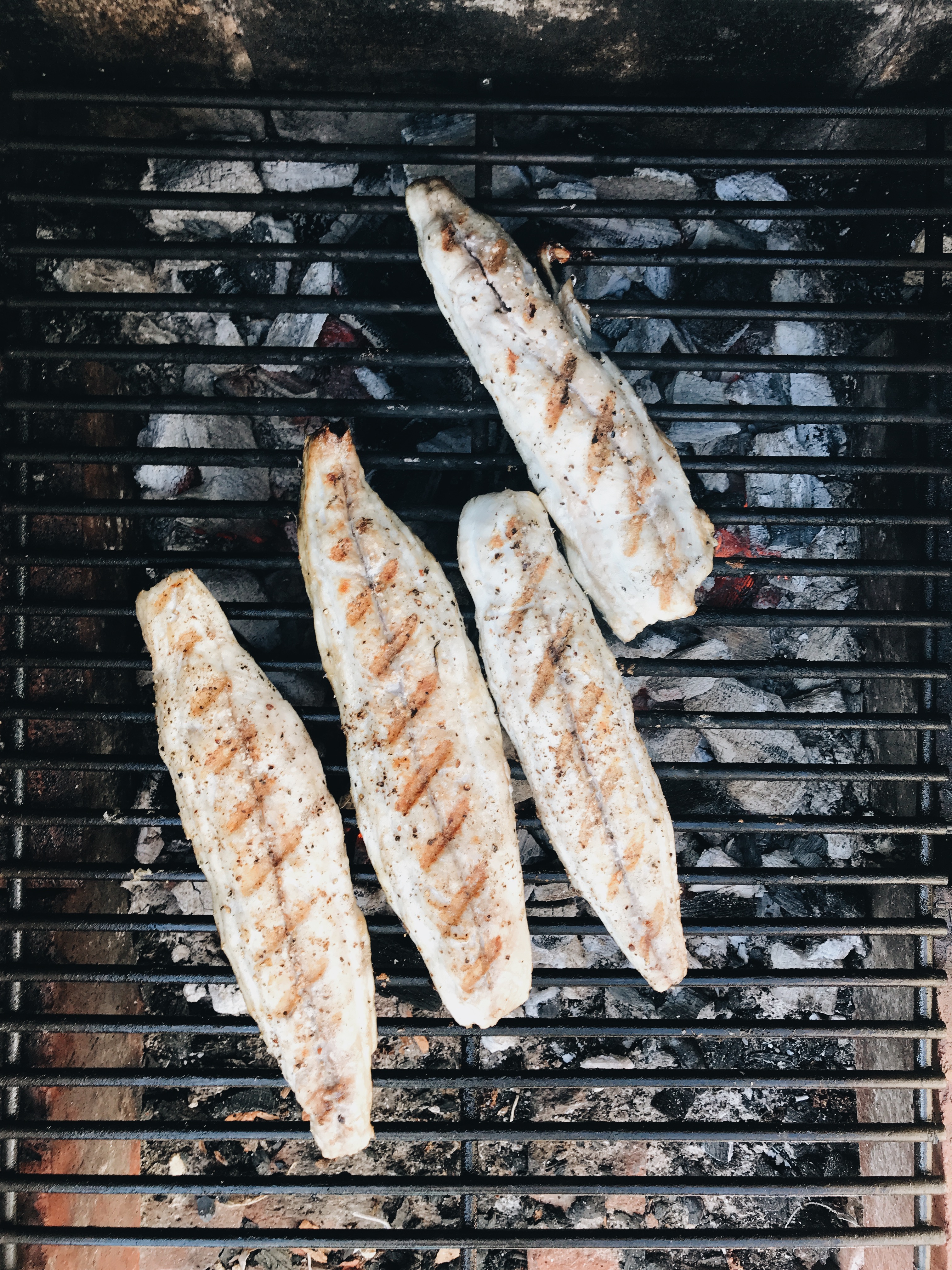 The mackerel – I found mine at Whole Foods, and they skinned and filleted them for me. For free! So ask them. Don’t be skeered.

You’ll just grill these on a medium high flame for maybe three minutes a side. Season it well with salt and pepper. You know, it’s fish. 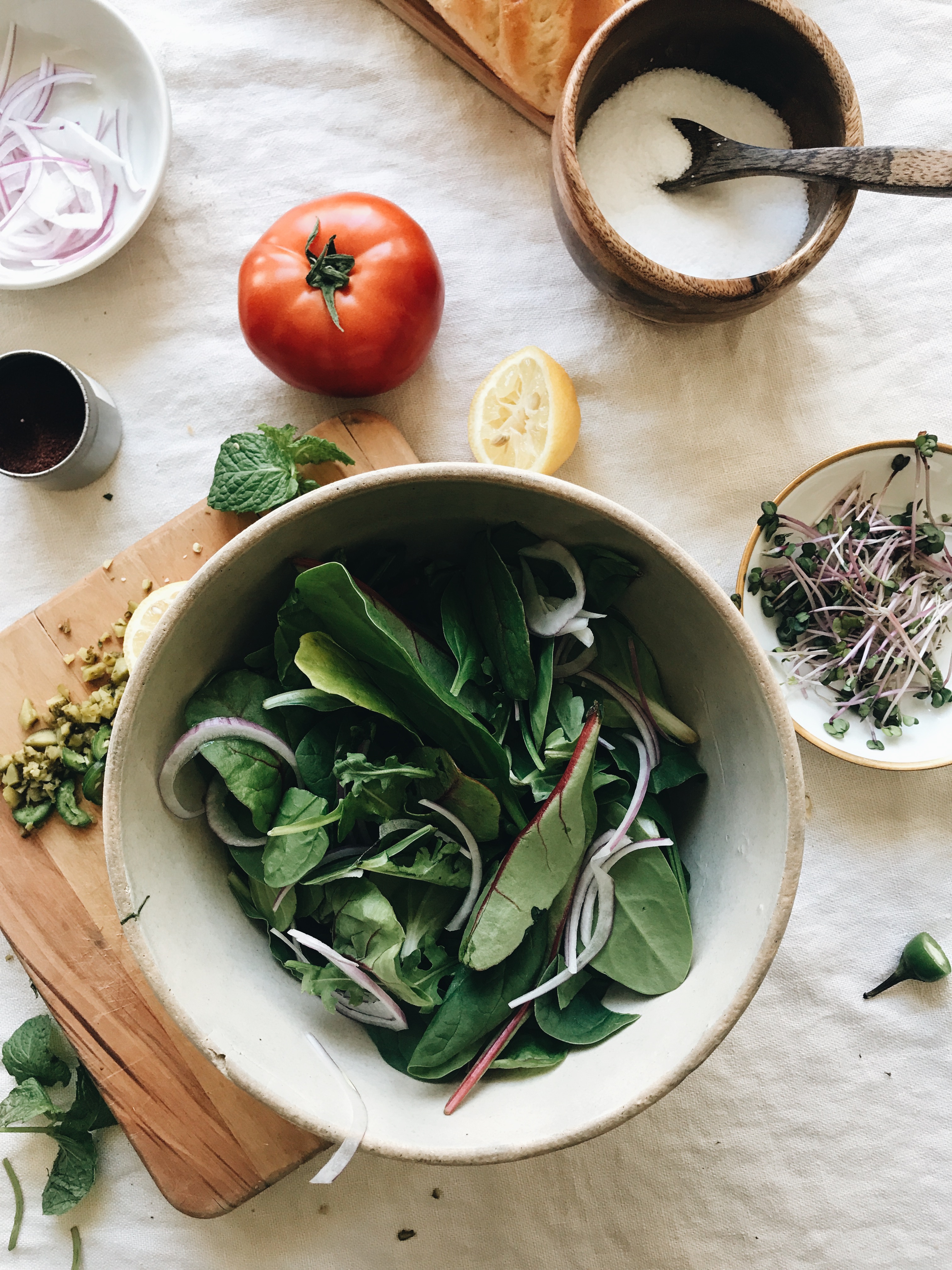 As far as the under salad goes (wait, should we start a band called Under Salad? I think we know the clear answer here.), it’s so simple and so fresh. Mixed greens, thinly sliced red onion, some chopped tomato, a drizzle of olive oil and lemon juice. Vibrant, crunchy and alive.

And then there’s the salad! (ba-domp.) 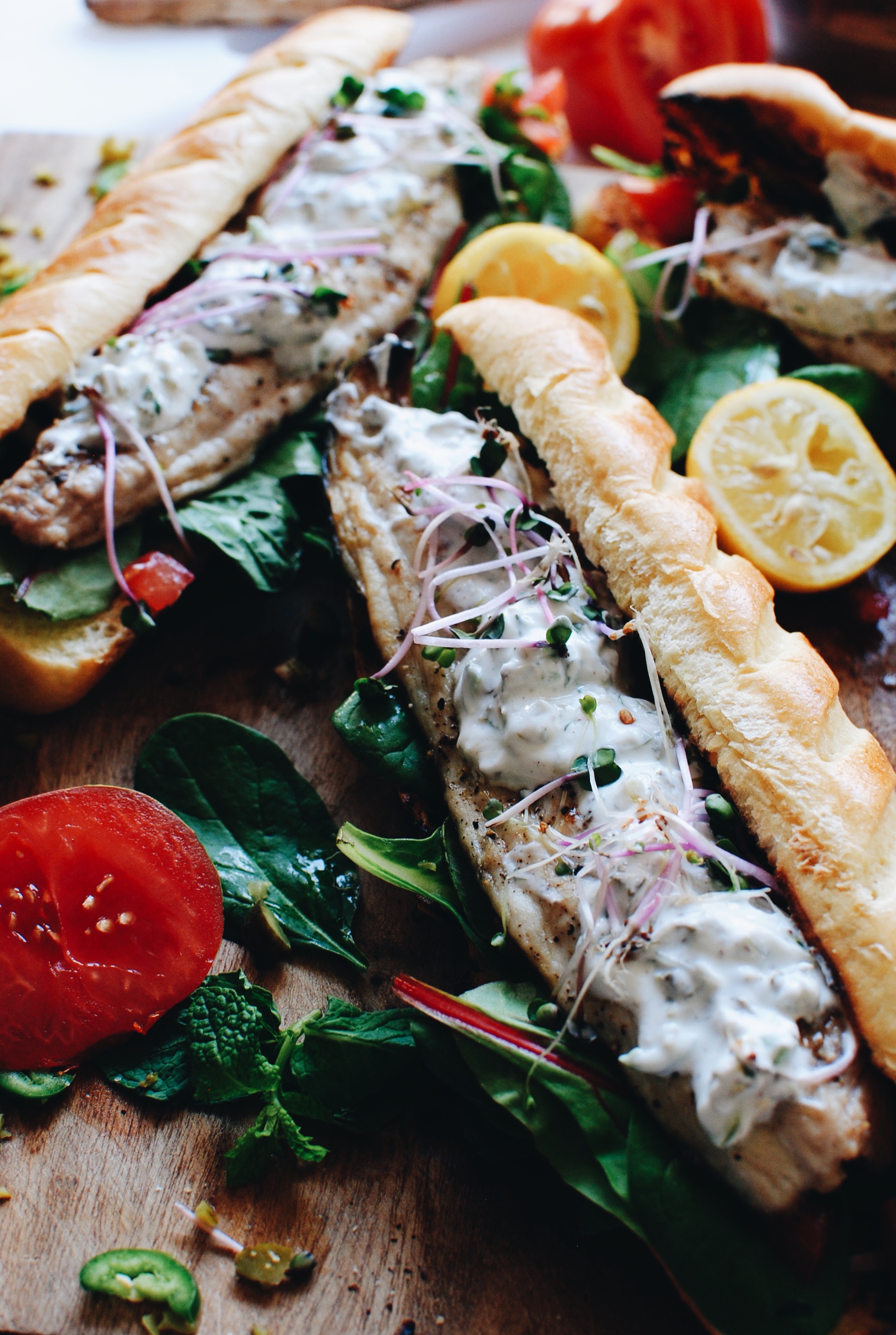 That is IT. Salad goes on the bottom half of the grilled baguette (WHICH, something to know here – mine are brioche baguettes, which are softer and won’t rip up the roof of your mouth and send you into bloody hysterics), then the grilled fish fillet, followed by the chilled yogurt sauce. Some sprouts on top and HOLY MACKER – okay. 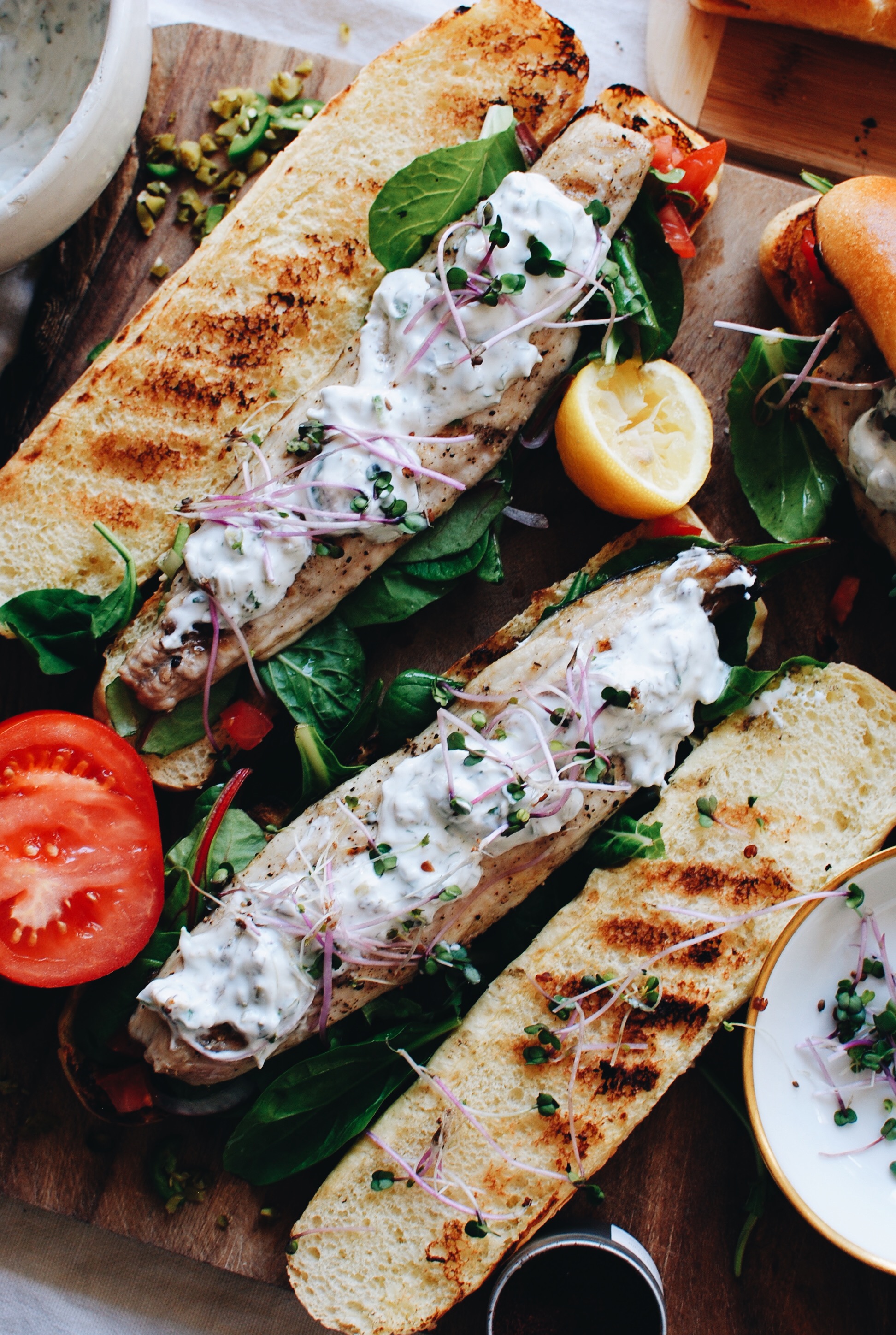 This is nothing short of DELIGHTFUL. There’s crunch in there, the grilled ocean-y essence of the fish, the cool, crisp yogurt sauce on top, all enveloped in a soft baguette o’ glory. NOM NOM FRICKIN’ NOM.

I’m telling you, these would be show-stopping at a picnic. Just pack each component separately and build them on the blanket. Add a dry sauvignon blanc and staaaaaaap it.

I’m so excited for you. 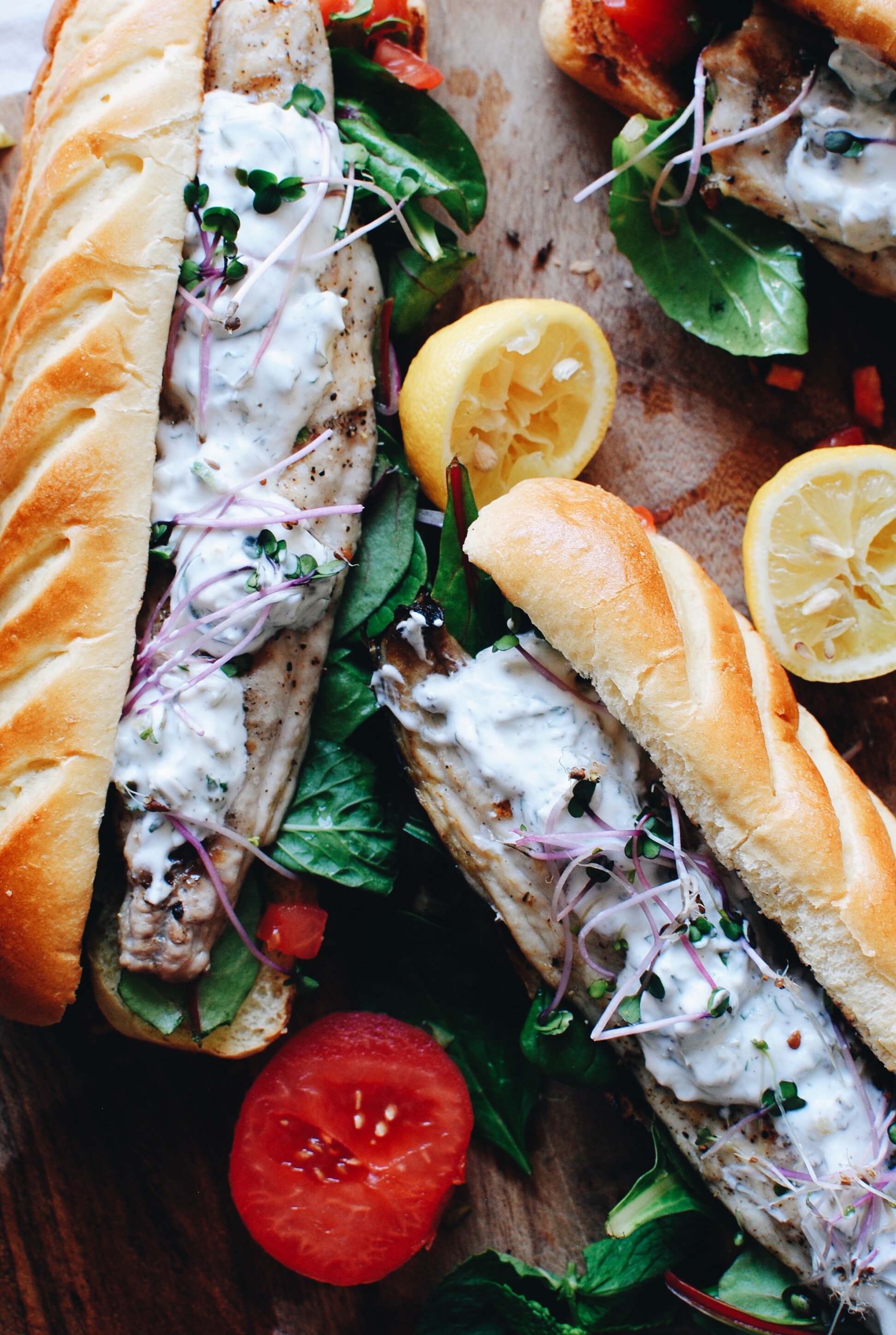 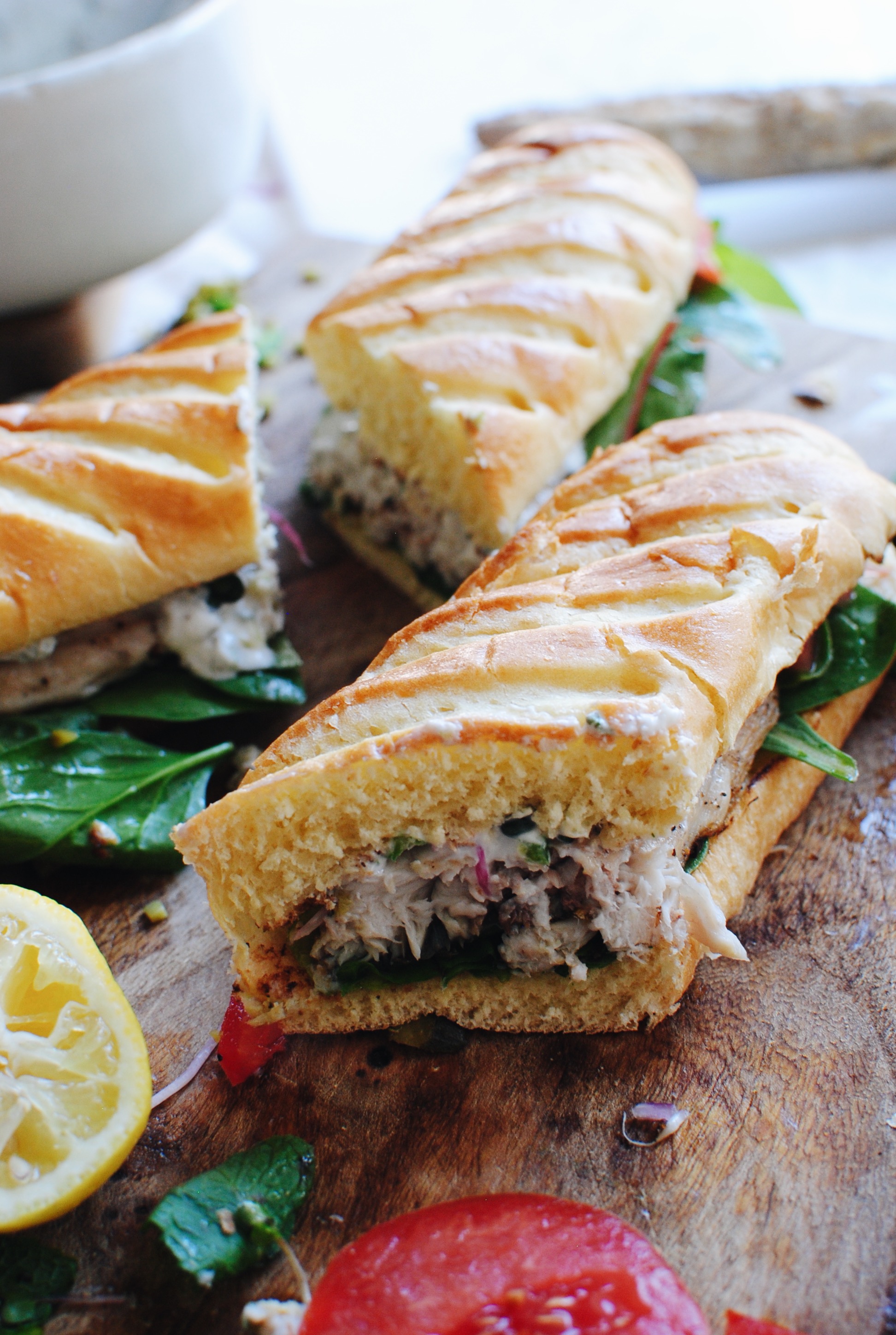