Or we could just get real and call it what it is: chocolate sauce on your enchiladas. 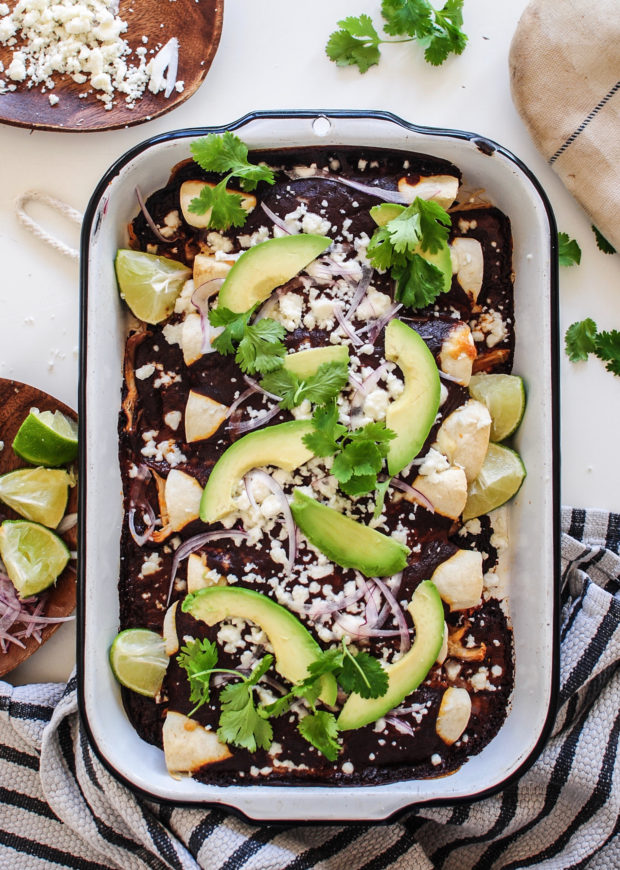 It’s not Thanksgiving-y, I know. But I’m thinking about next week for you. Or the week after. Two weeks later. You gotta eat in December, ya know!

Have you ever attempted a mole sauce? If I make a “hole mole” joke about now are you going to punch me in the pancreas? 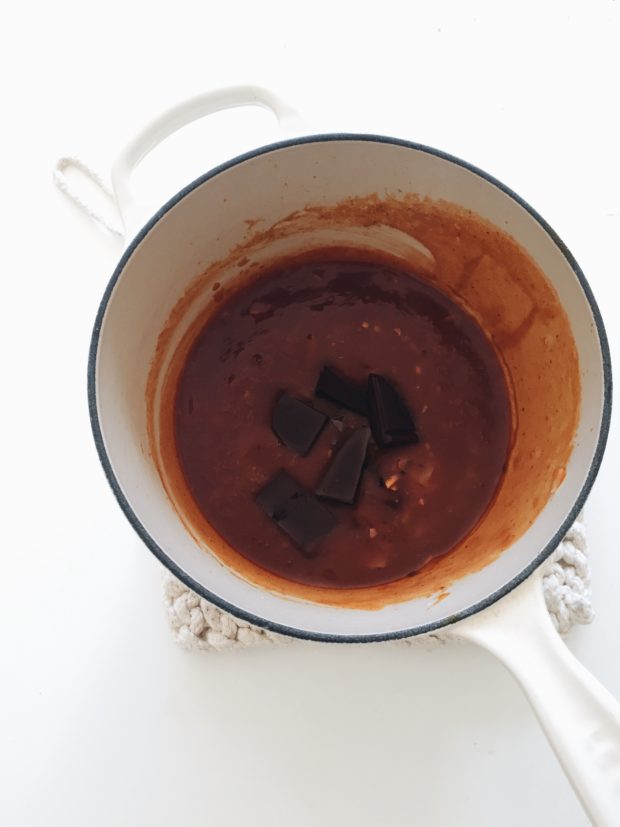 This is a true fact, but did you know that there are 18,259,628 katrillion recipes for a mole sauce? Don’t try and check fact me on this, though. I think the internet is down.

All these insane recipes – they each heavily vary on amounts of spices and tomatoes and chocolates and liquids and no. And if you’ve done your mole research, you’ll find that a traditional recipe calls for 952,387,164 TRAGILLION ingredients. This is a true fact, too. Just don’t try to look it up.

So! What’s I’ve done is hack the recipe. Shocker, I know. I brought the sauce down from 952,387,164 tragillion ingredients to 12. Twelve! This still seems like a lot, I know. But it’s honestly a bunch of ish you have in your pantry, so don’t get all Edward Punchy Hands on me just yet.

One shortcut I’m including in the sauce, is to simply start with a can of red enchilada sauce. Some might find this unbelievably offensive. I find it pretty awesome.

I don’t go super crazy on the spices, but there is a kiss of cinnamon in it. And a single canned chipotle pepper with adobo sauce for heat! (instead of pepper soaking for 55 months.)

And instead of the sauce simmering for 86 hours, I let it go about 20 minutes and called it good. 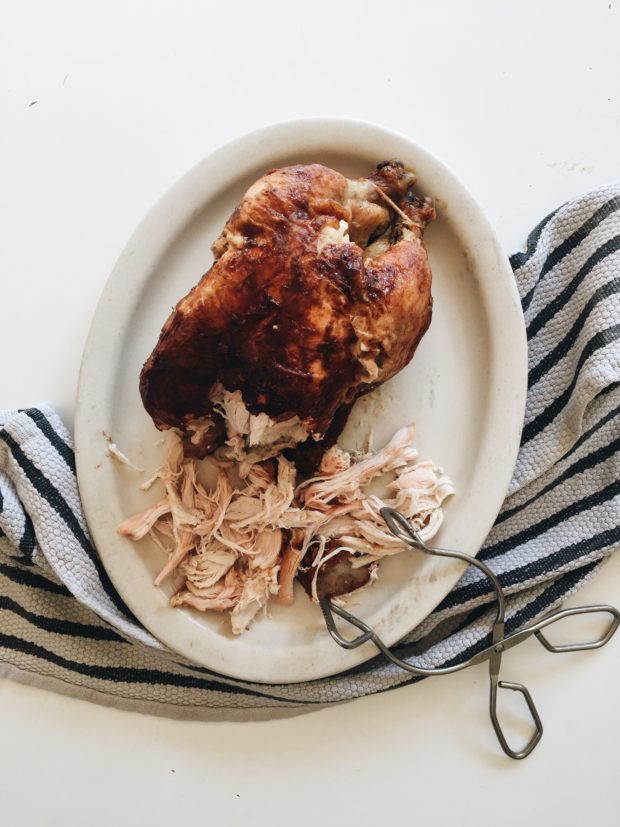 As for the chicken, store bought rotisserie is perf.

I’ll stop yelling at you. 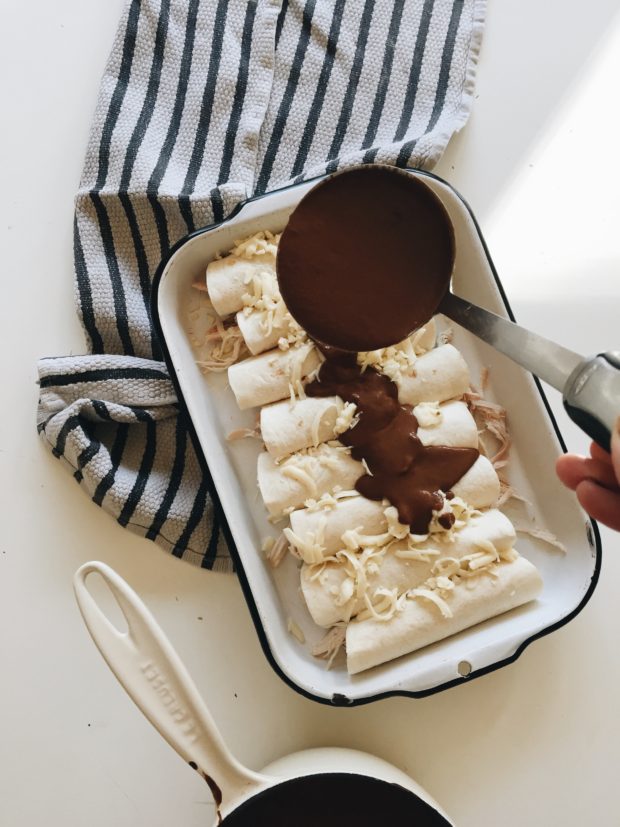 Inside the enchis we have shredded chicken, a few spinach leaves, and grated Pepper Jack cheese. Any leftover cheese you have from the 8-oz block, just throw it on top! 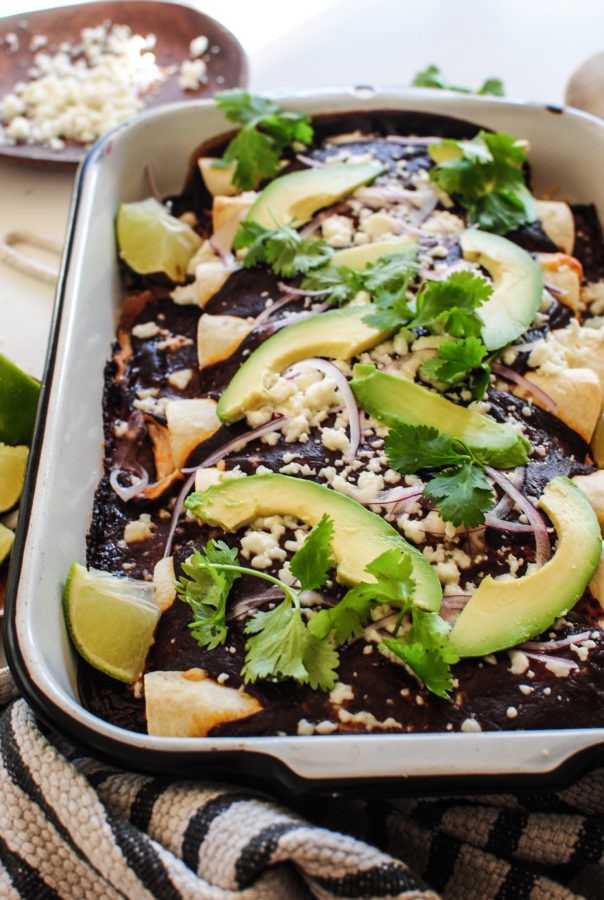 That sauce! While you do get a lot of silky chocolate essence, it doesn’t feel like a full-on Hershey hurl.

It’s got a little kick from the single chipotle! And the tomato paste slash enchilada sauce adds a nice tomato depth. You know me and depths. I dig depths.

One major thing to remember! Give each enchi a good squirt of lime juice. It wakes the whole thing up and calls it Frank. 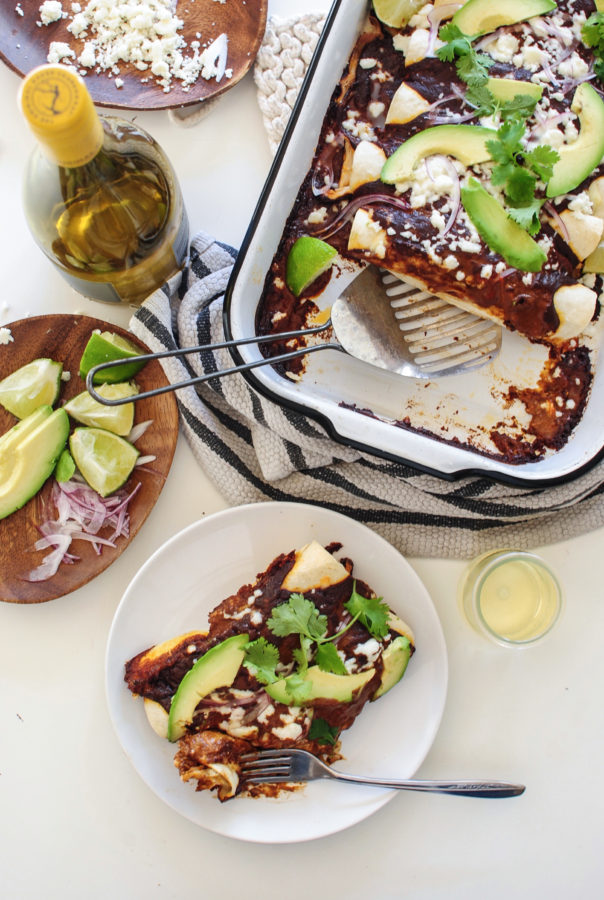 Remember the Jack cheese inside? Ugh. 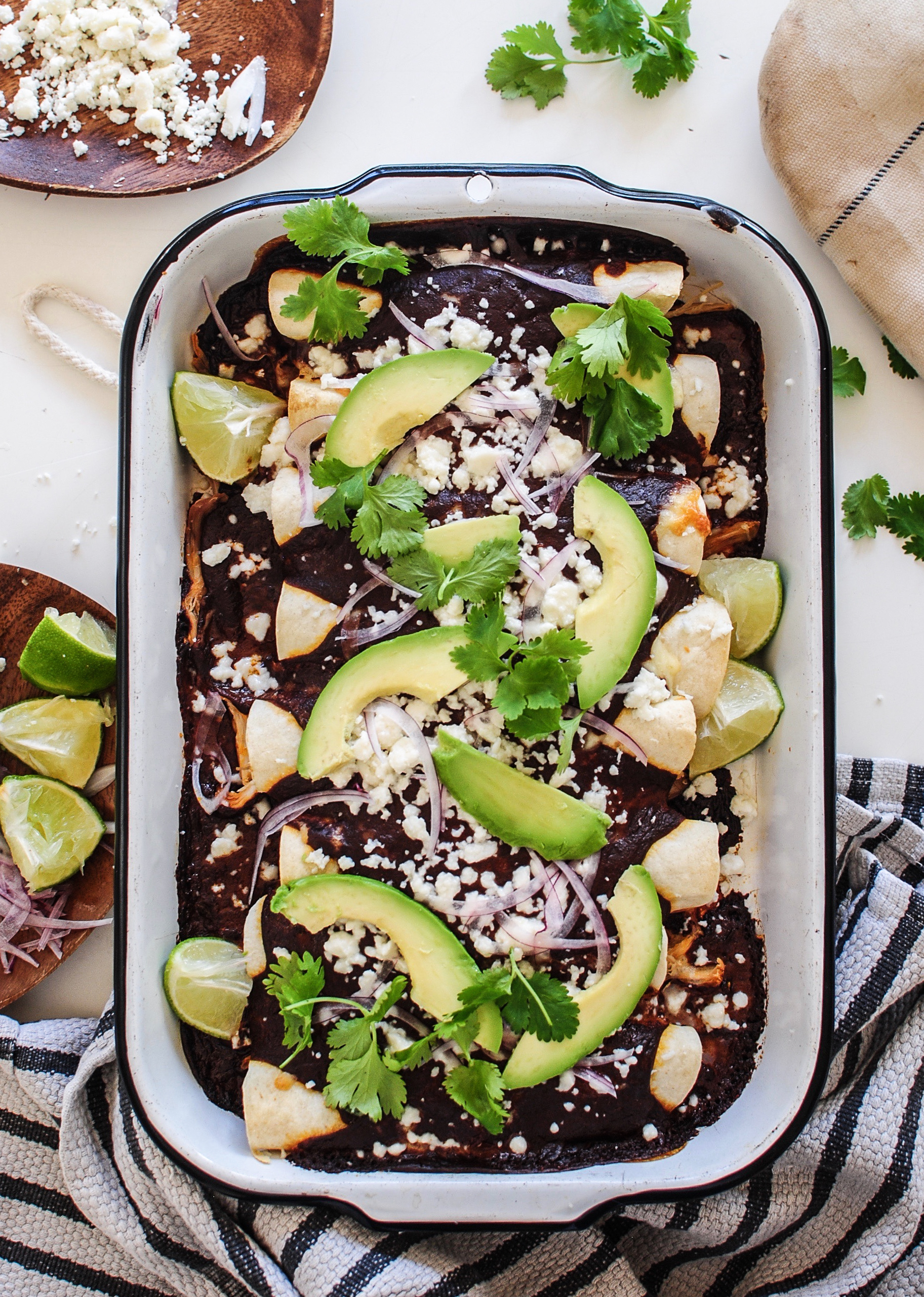 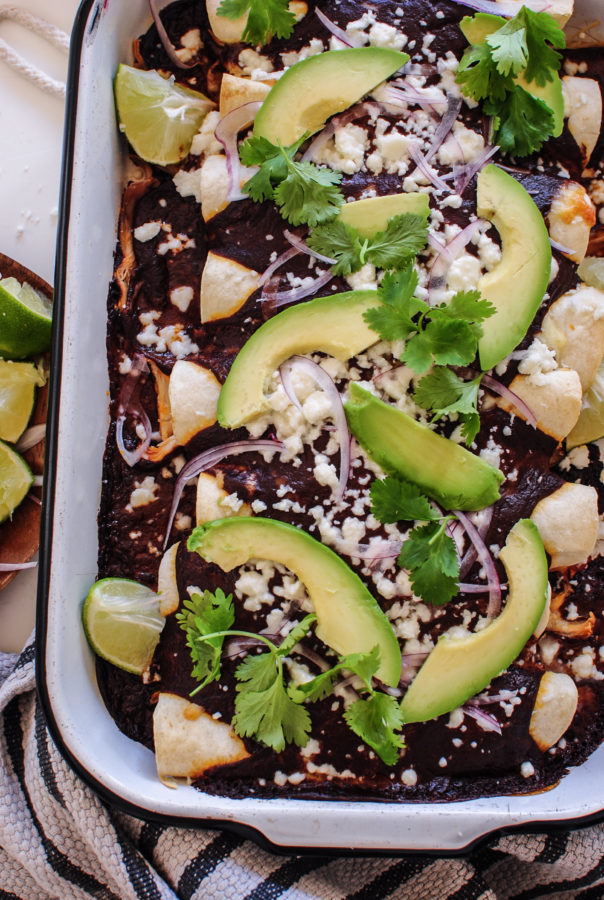 19 Responses to Chicken Enchiladas with a Ridiculously Easy Mole Sauce