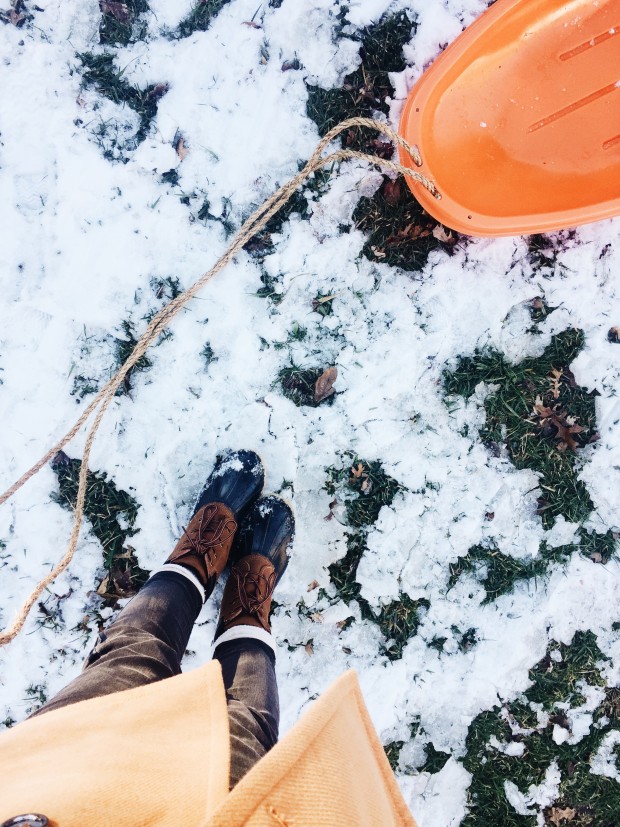 So, I’ve been taking collagen powder. I KNOW. I’m that person. And you know what- I like it.

See, I have this beauty consultant friend in town named Kim. But of course I call her Mary Kim. Hahahah! She hates me. I was whining to her about approaching 40 and thinning neck skin (remember when I freaked out to you guys about it? oh, you blocked it? oh.), and she was all, “Girl you just need to start taking a collagen supp.” Except she said supplement. I just like to abbr. ev. thg.

Anyway, So I went to the Vitamin Shoppe (definitely pronounced shop-EEEEE) and bought me some dang powder. You DRINK it. Just one scoop a day in some water. I’ve only been taking it since Dec 19th at 1:24pm so I’m not entirely sure I’m seeing anything yet. But! I FEEL good taking it. Actually, I’m not sure if it’s this insane serum that my bestie got me for Christmas, or a mix of the two, but I’m feeling smoother than normal. And that makes me chipper-er than normal. Which is a nightmare for you.

Aaron and I have this joke that I’m drinking it and I start to quickly shrink, “I took too muuuuuuuuch!,” as I shrivel down into a tiny baby. We’re weird. 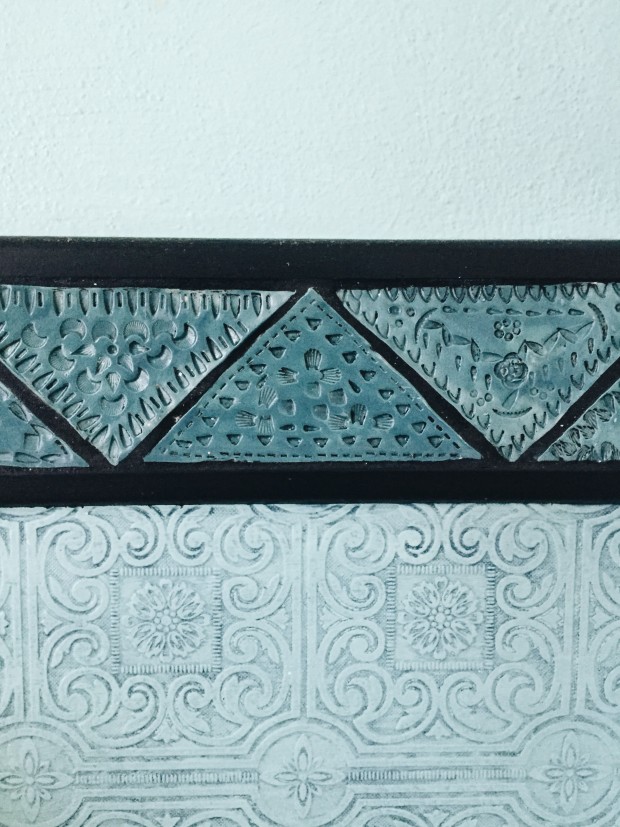 Oh! I have an eyebrow update! I know you’ve all been losing sleep over this.

I figured out the problem. One afternoon as I was looking in the mirror, trying to figure out why it looks like a dying porcupine is sliding off my face, it hit me! They come down too long on each side. Like, there was a good five feet of prickly b.s. that needed a nice hackin’. So, I plucked the ends, bringing them up a smidge, and WHATADIFFERENCE. That plus the L’Oreal gel stuff you guys recommended. With a little brushy brush over the brows, pasting them down and slightly darkening them, plus tweezing the scragglies, it’s seriously so much better. I no longer look like roadkill!

You guys, I think things are really going to turn around for me now. 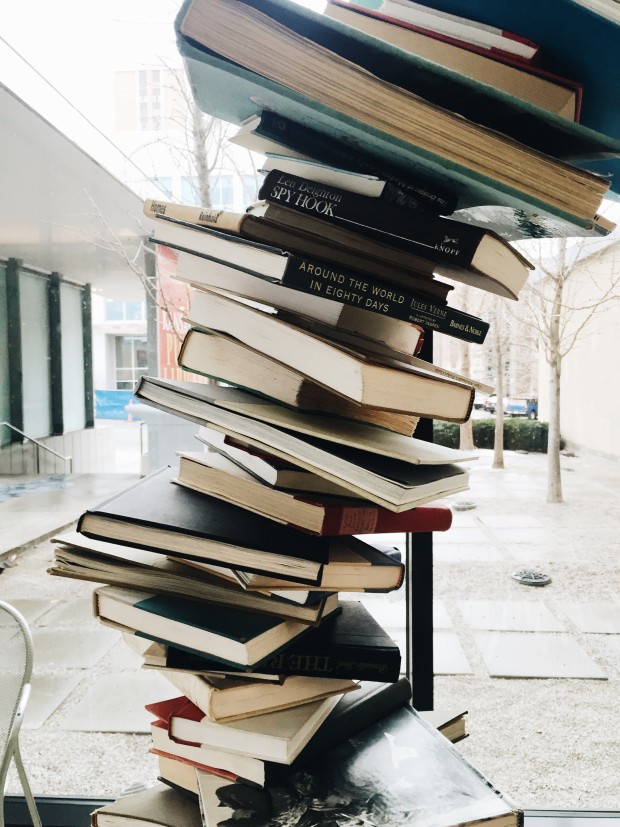 This week we introduced the babes to Mary Poppins. And by introduced I mean we’ve watched it over 13 kazillion times already. Why is that movie practically perfect in every way?

But it’s got me thinking about something – what’s up with Mary and Bert? What’s their history? They’re a non-couple couple, right? I tried googling it but I wasn’t satisfied with what I read. Different conspiracies, like Mary was Bert’s nanny when he was young. NO WAY. There’s no way. There’s zero fun in that. Surely they’re in love, but just CAN’T be together because of her magic and zipping around in the skies when the wind changes. And the way her feet point out all weird. That’s got something to do with it, I’m sure.

So then last night we watched Saving Mr. Banks to try to find out more. First of all, wonderful movie. I had no idea the lengths Disney went to get the rights to her story. Over twenty YEARS he worked to get lady author grumpy pants to budge. Apparently she wanted there to be no HINT of a romantic relationship between Mary and Bert. To which I say Pfft!

I mean, have you SEEN Dick Van Dyke? ….Mama. 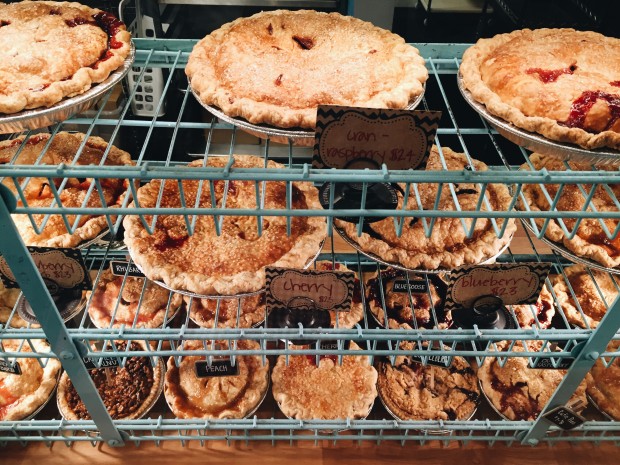 WAIT. New Girl started three days ago and I’ve not watched it yet??? 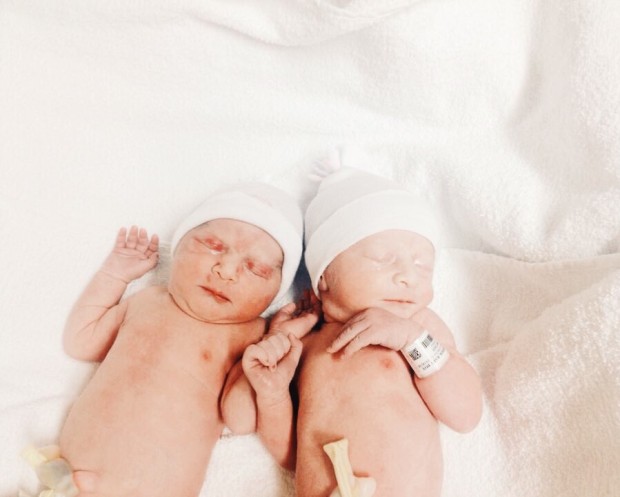 Weekend plans? Besides bawling your eyes out over this photo that my sister took ON THE DAY THEY WERE BORN. I’d almost forgotten about Nat’s little stork bites. And Will’s wise-beyond-his-years little face. Waaaaaaaah.

They turned two (TWO!) this past Wednesday, so we’re having a little birthday party with our best friends this Saturday. We kept it low key on their actual day, with a surprise teepee that Aaron made, a little trip to the library to play, and a bite of coconut cream and chocolate pie on the way home. And by bite I mean every last crumb of each one in less than three seconds. And then more.