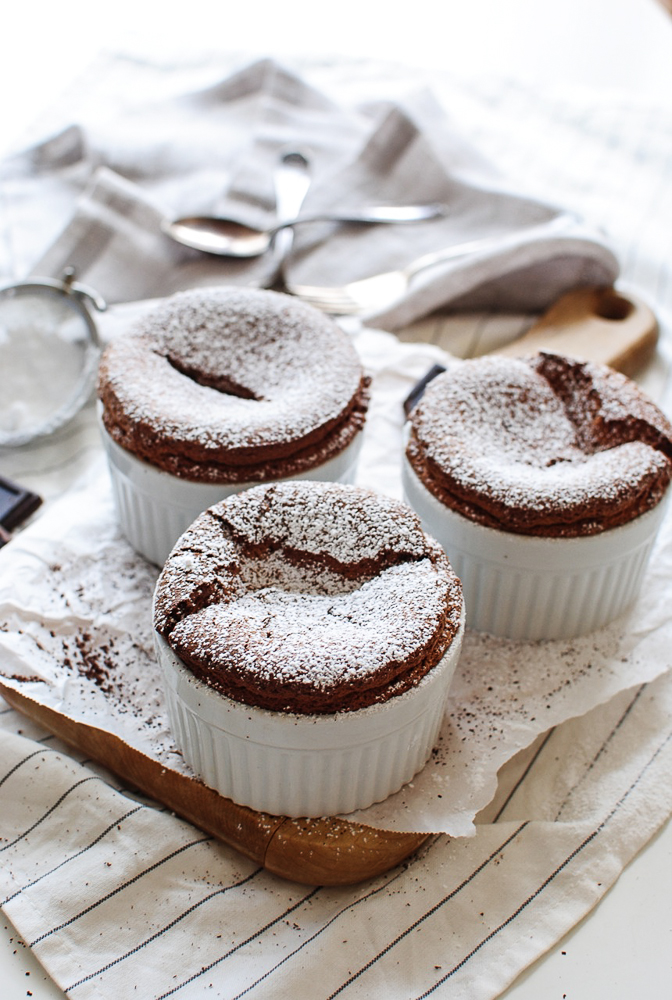 Not that that has anything to do with anything, but we all know my logic and life skills.

Annnnnnd, on top of that, it’s another Rewind Recipe! Meaning, I did not create this dessert recipe, therefore not putting you at danger for botulism or head lice. Yay! 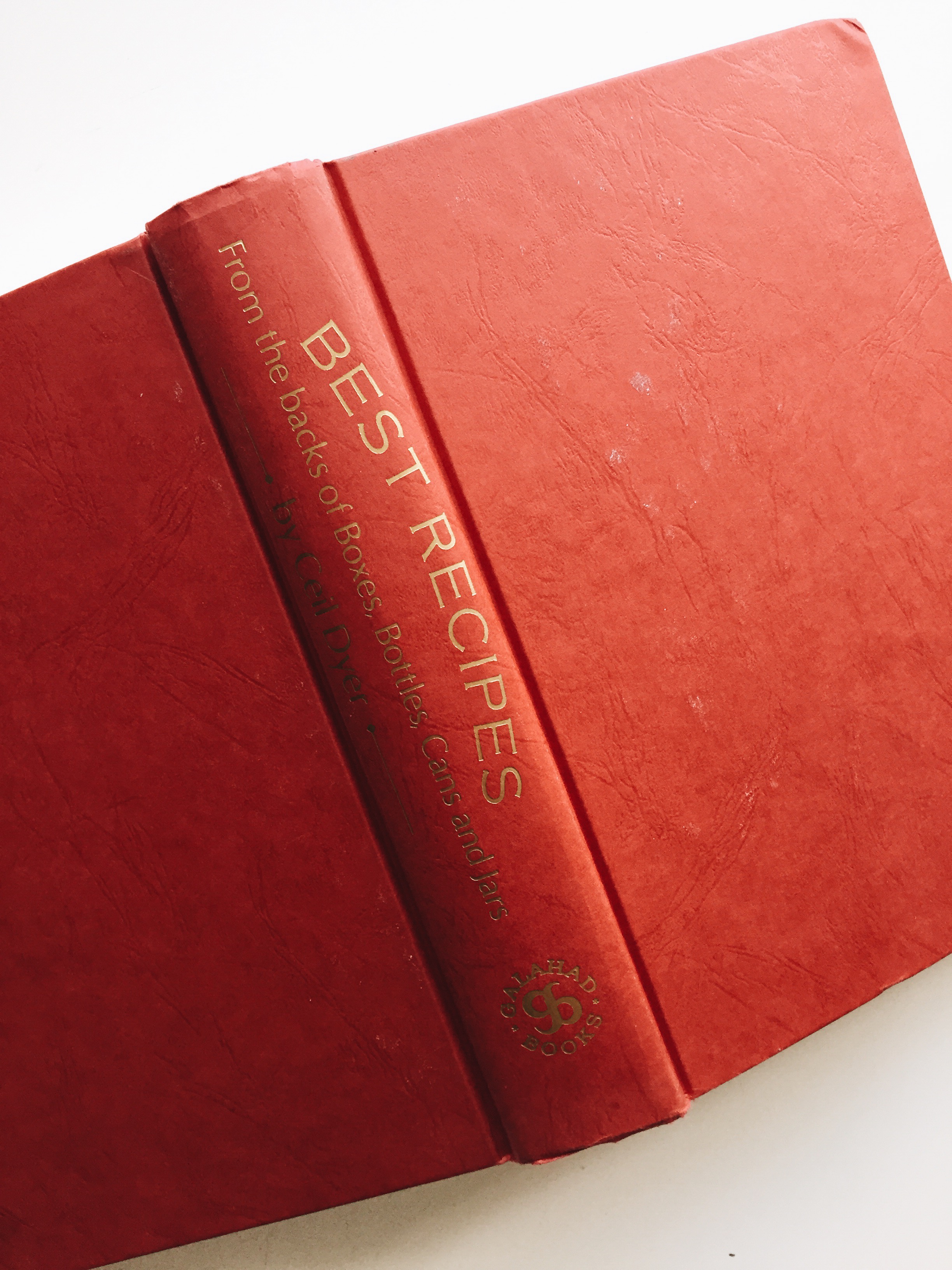 I’ve cooked from this book before, and hadn’t planned on revisiting it so soon, but I keep forgetting to scope out cookbooks when I hit thrift stores, so here we are.

Apparently this recipe was on the back of the Kraft Philly cream cheese logs (bars? loafs? rectangles? slabs o’ glory?) forever ago. They say it’s a “can’t miss.” And guess what . . .  I didn’t miss! I was worried because the words “bev” and “soufflé” are an oxymoron.

But not today, poogie bears. Not today. 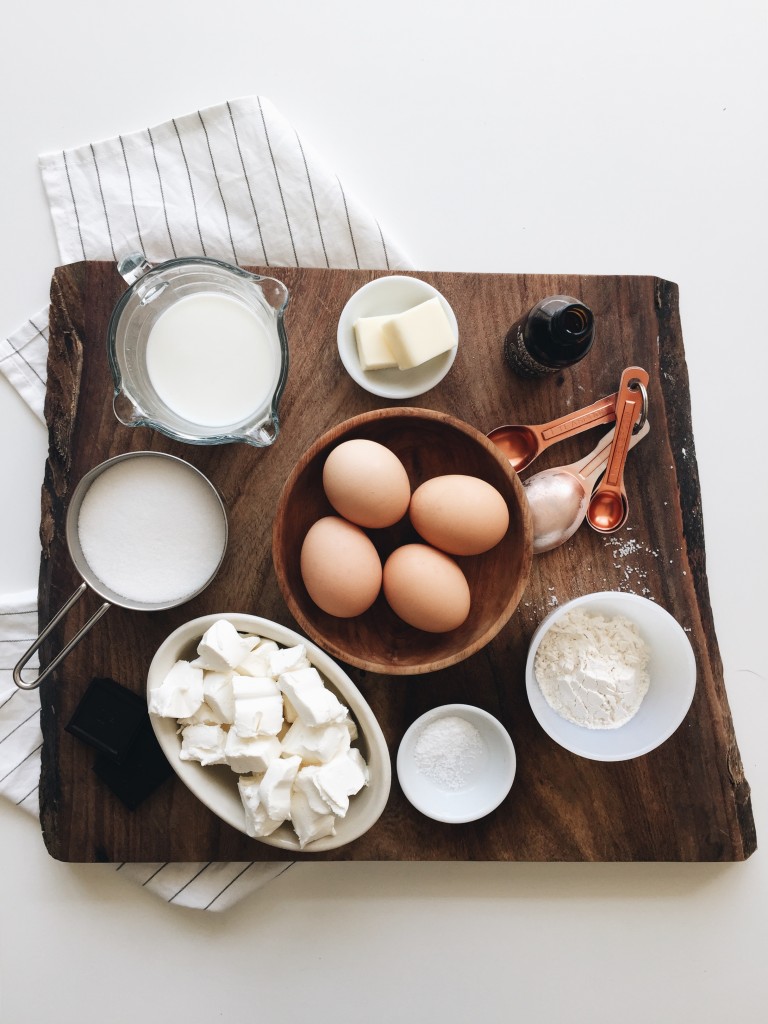 I think any dessert with an entire block (BLOCK! that’s it! sorry.) of cream cheese is extra badaw. I LOVE cream cheese. It can pay rent on my tongue if it wants. Shoot, I’ll pay its rent. 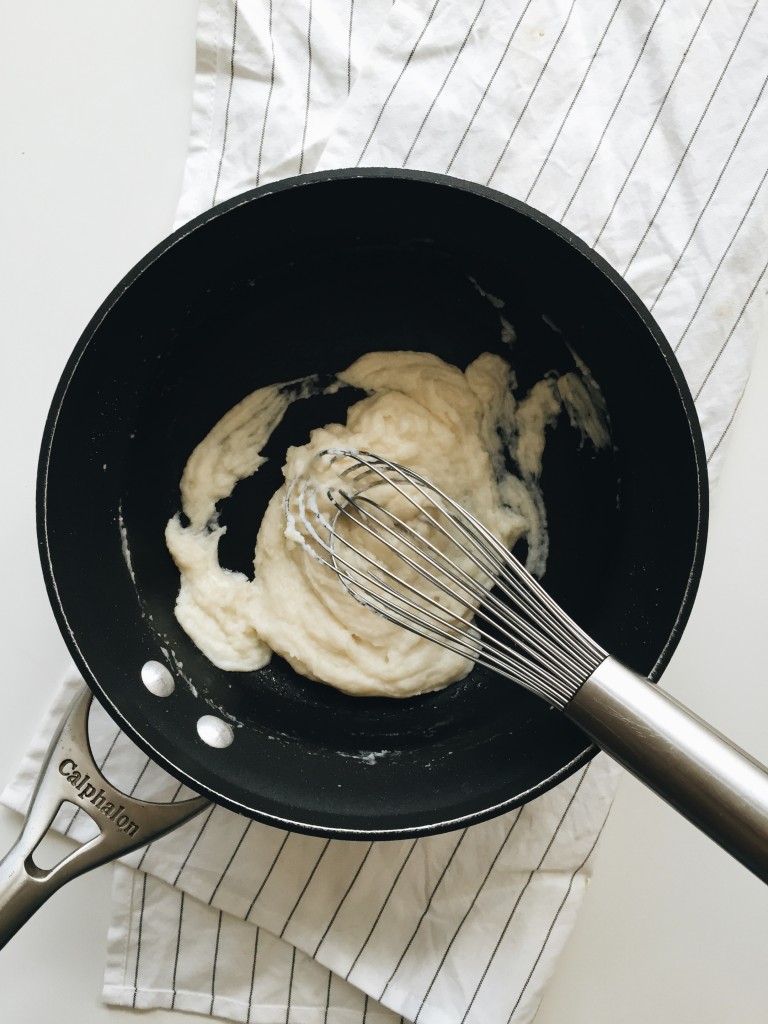 I’d never made a soufflé before this, and to my surprise, it’s not too laborious. You melt down a little bit of chocolate. You make a simple white sauce. You lightly beat some yolks. You majorly beat some egg whites. Sugar is involved. Cream cheese is involved. Good vanilla is involved. Folding of all the happiness is involved. And that’s pretty much it. 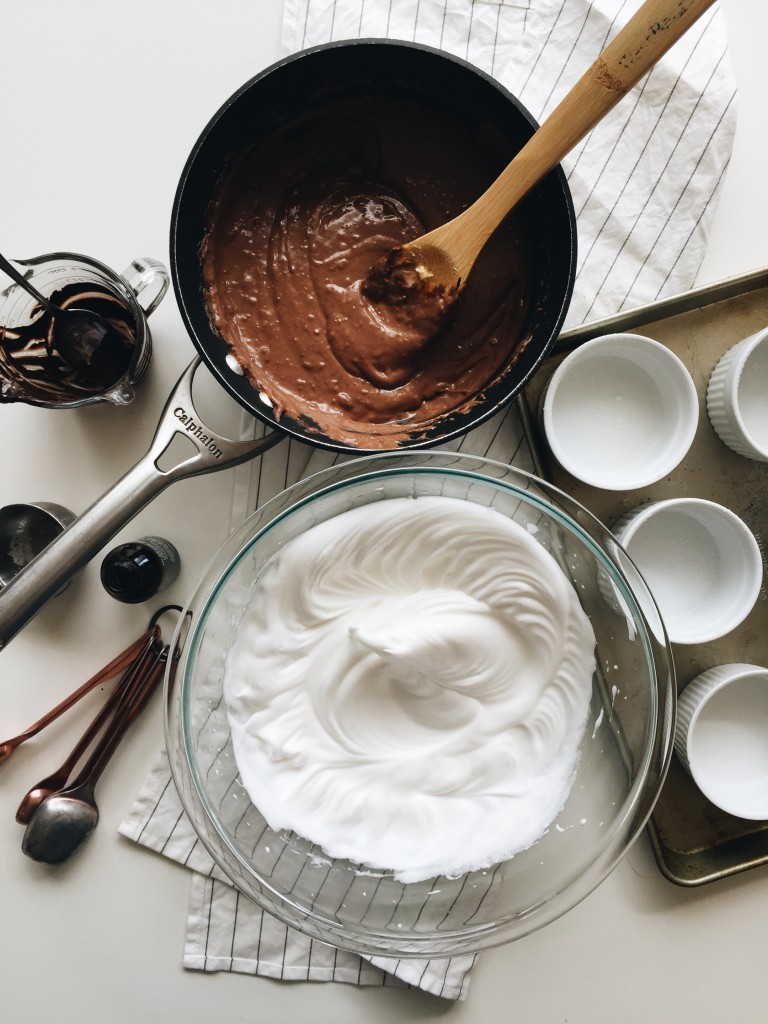 Are you so proud of my egg whites? I mean, look at that bowl! (^^^) I always giggle when I beat egg whites. The soft peaks part. They always look like the avalanche that couldn’t. Poor sad, soft peak. Little buddy.

This is getting weird. 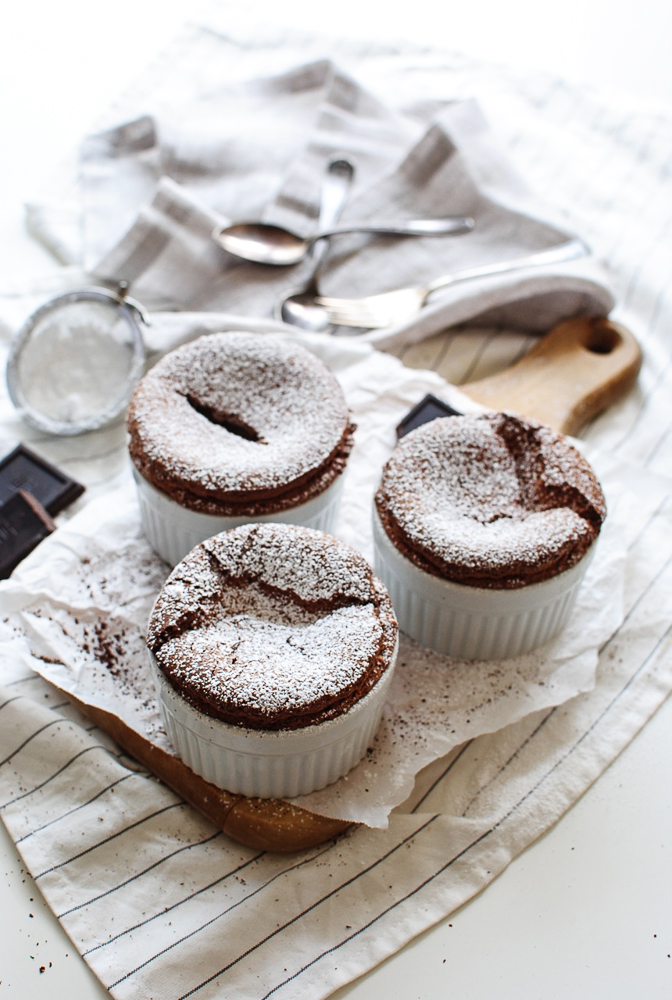 I was having a colossal meltdown while they were baking because I thought I poured the mix too high in the rameki- OH – before I forget. The original recipe called for just one 2-quart round soufflé dish, but who even has that? No one. You do not. I do not.

Plus mini = way cuter in the grand scheme of life.

One last thing to know! Mine started to slightly deflate about 15 minutes after being out of the oven, so you’ll want to serve slash inhale them pretty immediately.

I don’t see this as a problem though. 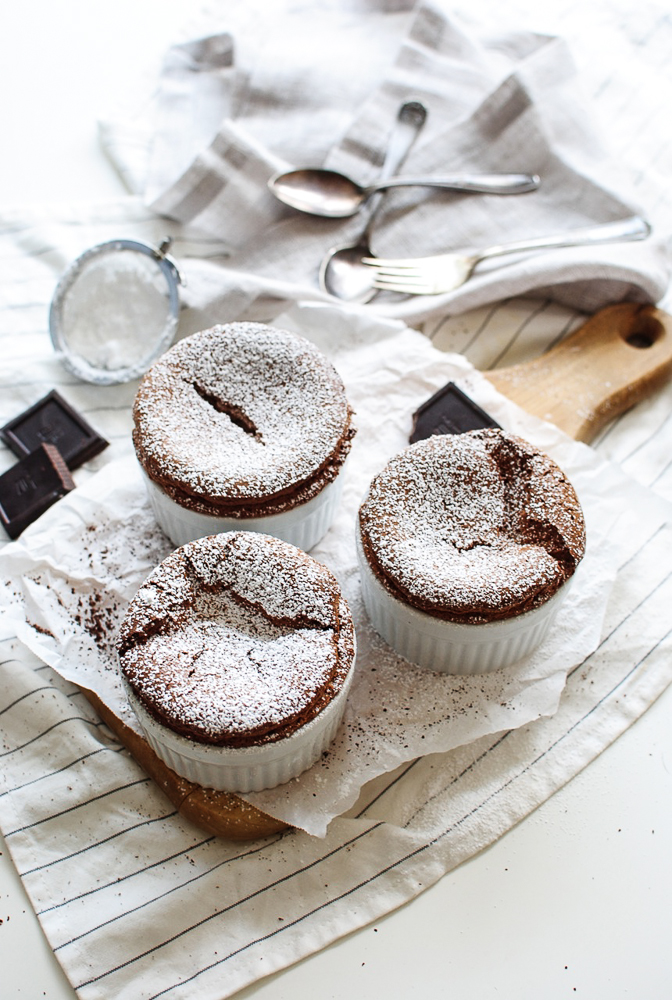 Melt the butter in a small saucepan. Add the flour and whisk until combined. Add the milk and salt and keep whisking until the mix comes together to form a simple white sauce, just a minute or two.

Add the cream cheese, 1/3 cup sugar, melted chocolate and vanilla; stir over a low heat until smooth. Remove the pan from the heat.

Gently fold the chocolate mixture into the egg whites, being careful not to over mix.

Pour the mixture into 6-8 (buttered and lightly sugared) ramekins, about 3/4th of the way up.

Place on a baking sheet and bake at 350 for an hour. 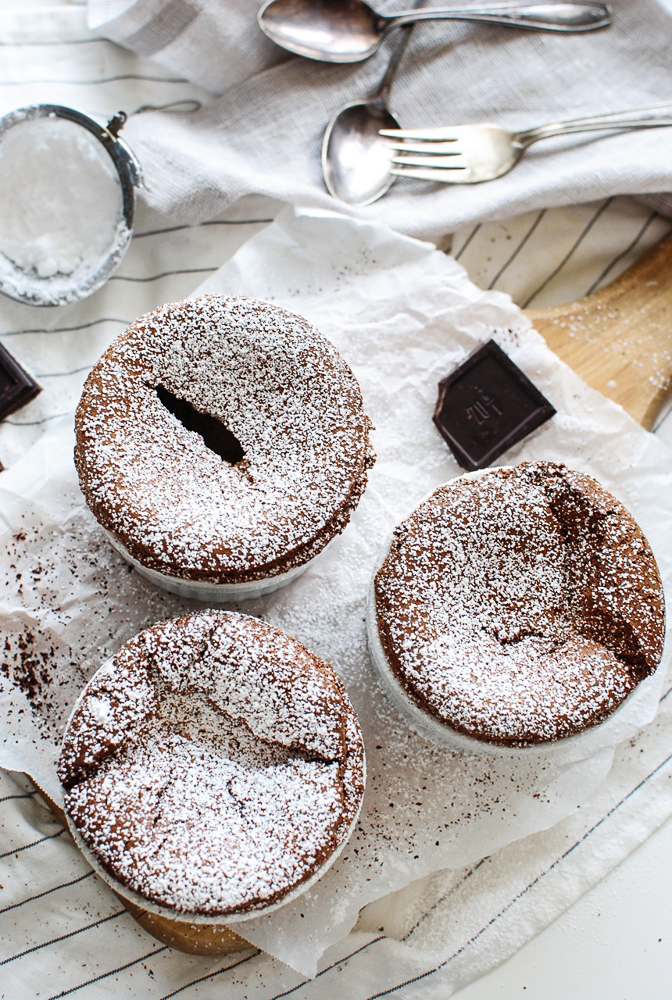