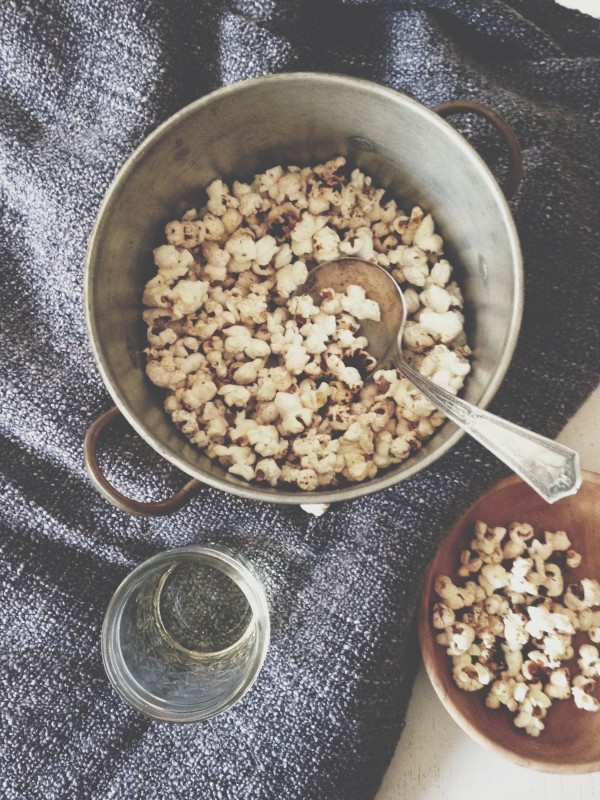 Time to ‘fess up. Do you buy microwave popcorn or do you make it from scratch? Be honeeeeest. Because if you say microwave I’ll totally high-five you. It’s dang good, isn’t it? All that powered extra-terrestrial butter madness? LU-HUVE it.

But! You should totally start making it yourself. Hi, it takes the exact same amount of time. And you get to decide on the flavors. Control freaks unite! And you can change it up every single time. Adventure seekers unite! And it has way, way less fat and calories. Healthy grubbers unite! 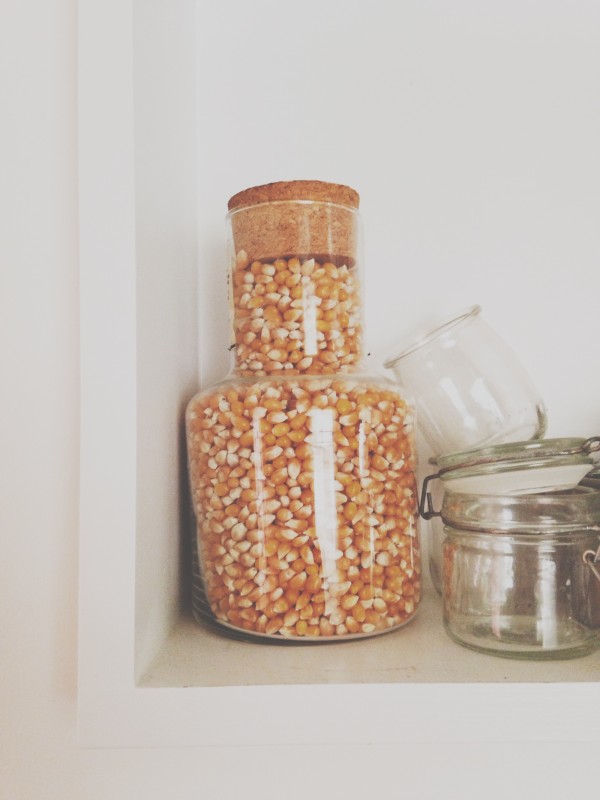 You know it’s a whole grain, right? I knew you did. I was just making sure. I’m mostly trying to distract you from the avocado stain right under this word right here.

We’ve actually been homemade popcorn enthusia-errrr, freaks for a good amount of years now. Usually Aaron comes up with the different seasoning combinations, but I have to say, one of my favorites is this majorly simple Indian flavor mix (that I created. not aaron. it was me. don’t let him tell you any different.) with just dark brown sugar, garam masala, and a pinch of salt. POW. It’s just crazy. It’s not over the top, which is kind of contradictory to what I just said, but whatever.

Aaaand, instead of butter I used coconut oil. Which is still incredible, je promets!

On top of popping the corn in the coconut oil, I used a coconut oil spray to coat the popcorn before adding the seasoning, so that it sticks better. Using that noggin of mine, you guys. 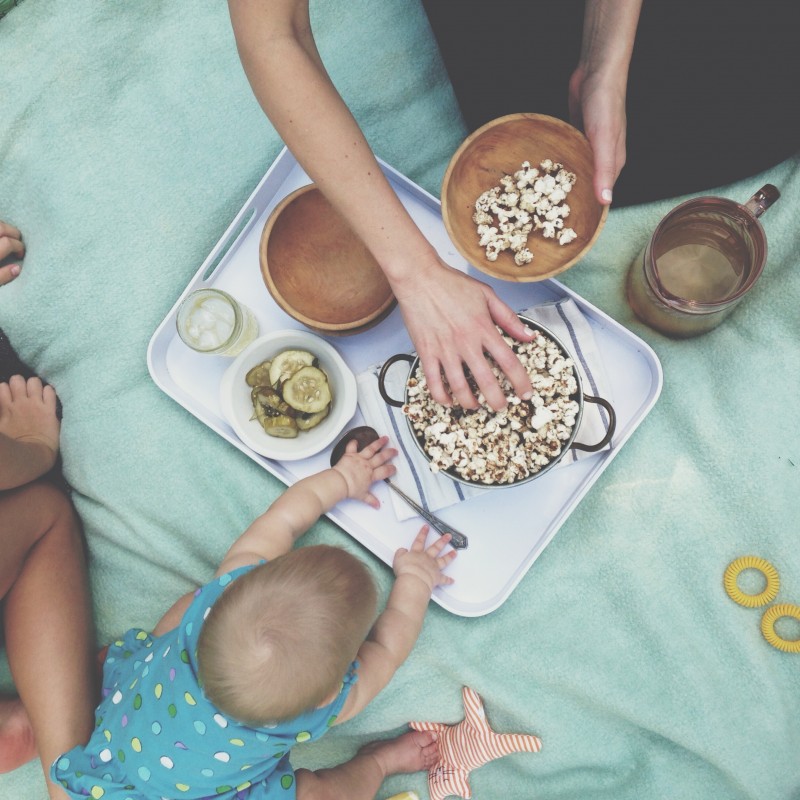 On this particular day it was unseasonably warm, so I served the poppies (I shouldn’t call it poppies, should I?) with homemade dill pickles, a bottle of white wine, and iced mint tea, for the babies.

I’m just kidding! The babies drank wine with me. 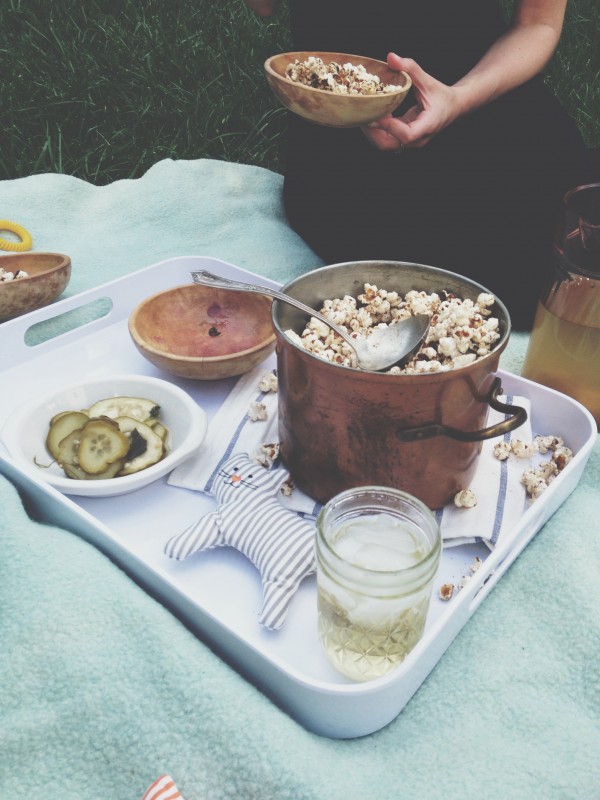 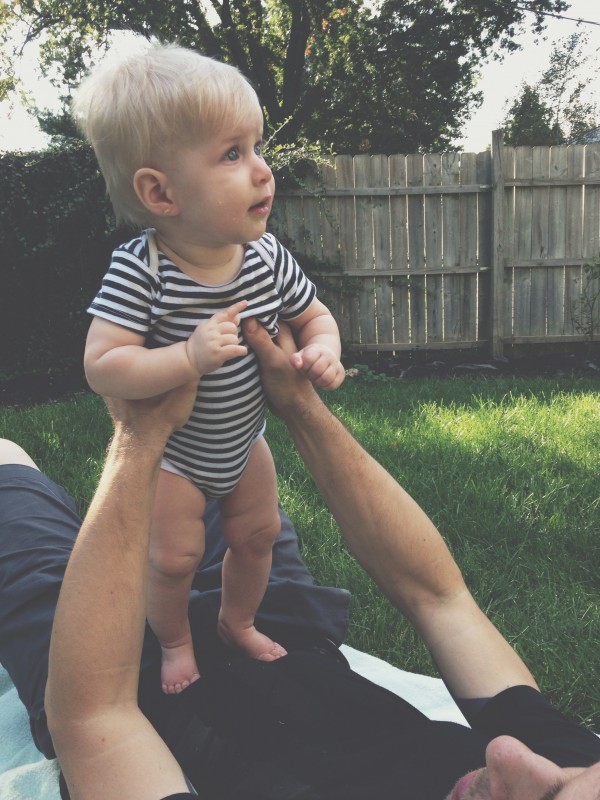 Will’s mesmerized by the DIY fan blade wind turbine that Aaron made and installed at the top of our chimney. Nerd. (Aaron, not Will.)

I’m mesmerized at how the puff that he was trying to eat actually looks like an earring. Dork. (Will, not me.) 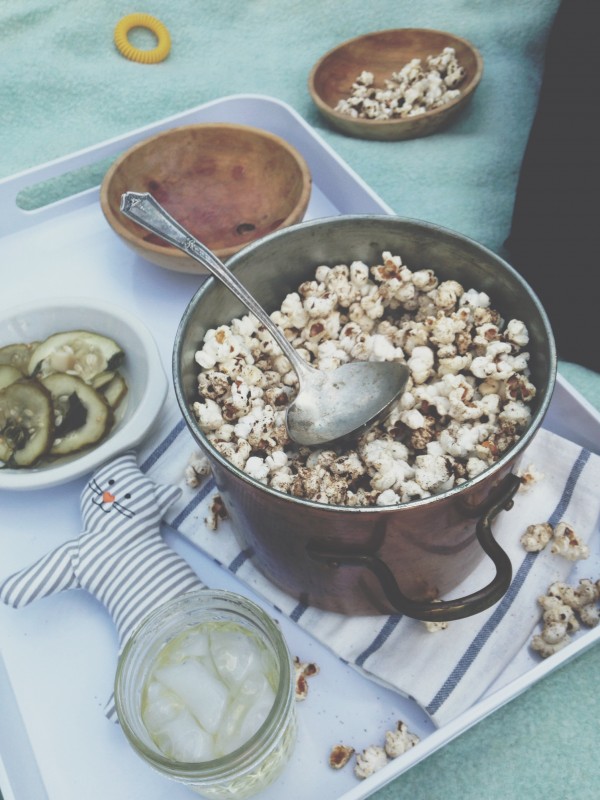 We did not eat that stuffed kitty, fyi. I know you were concerned. 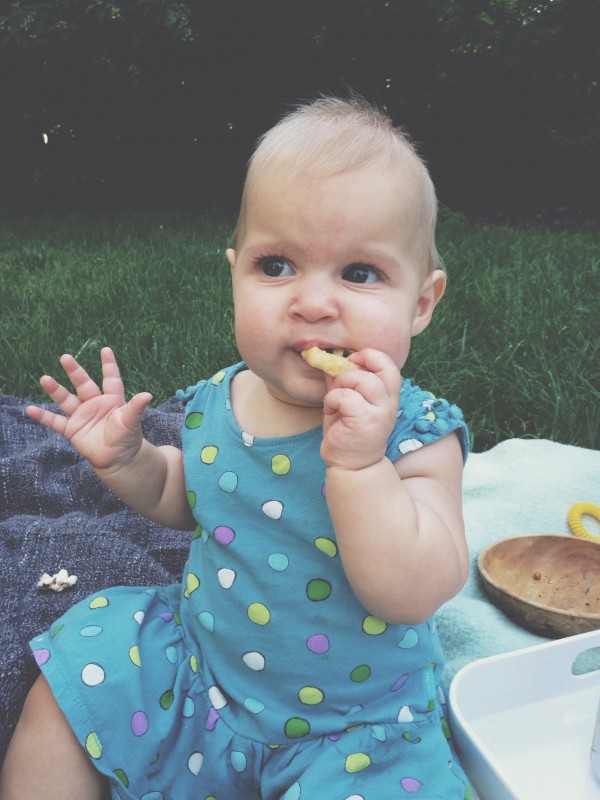 Natalie’s waving hi! She’s not waving hi. At all.

Okay so, ya gotta try this! Simple ingredients, complex flavors, poppidy pop, sit yo’self on a blanket with friends, wine, and a heated game of UNO.

I’m really good at UNO. I know you were concerned. 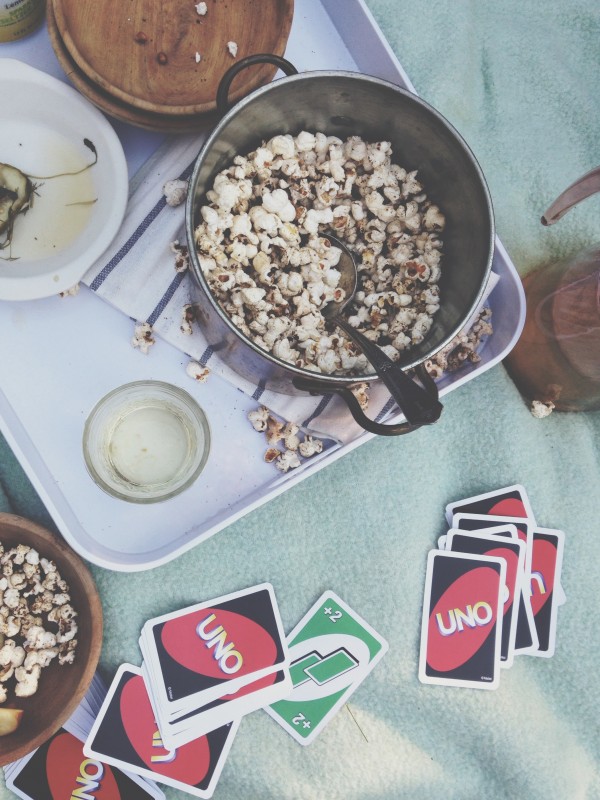 What it took for about 12 cups, give or take:

Heat the coconut oil in a large pot or dutch oven. Add the kernels and place the lid on top. Once they start popping, shake the pot around a bit to make sure most of the kernels will pop (and not burn). After about 5 minutes, the popping will slow down. Once there are 3 seconds between the pops, take it off the heat.

In a small bowl, combine the brown sugar, garam masala and the pinch of salt. Toss with your fingers to mix.

Lightly toss the popcorn around with one hand, while lightly coating it with coconut oil spray with the other hand. This will help the seasoning stick.

Sprinkle the popcorn with the curry seasoning and toss to coat.

Transfer to a serving bowl and invite all your pals over! Or just me? 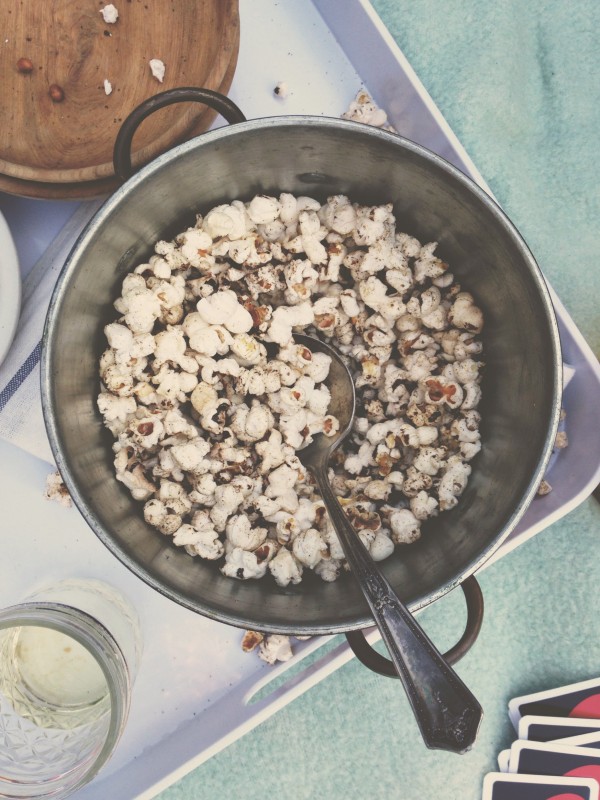 Okay now tell me your favorite seasoning combos so that I can get jealous and pretend I came up with them.