PIE! I made the pie again! But there’s a sad story.

The sad story isn’t about me making the pie again. That’s not the sad part. I knew I’d have to make it again after I botched the crust the first time because I didn’t read the measurements correctly. And when you think about it, making pie again doth not equate sadness. On the contrary, it’s something to celebrate. The sad part is what happened after I made the the pie again. But we’ll get there.

You know I’m not a baker by nature. I’m more of a cooker by whimsy. (my friend Lacy hates the word whimsy.) I throw ingredients together at random and cross my fingers. But you can’t do that with baking. And that’s fine, I just need to wrap the voices in my head around it.

The pie crust – it’s Alison Roman’s THE ONLY PIECRUST, and it’s dern delicious. It reminds me of the holidays, when you open a beer right after lunch, throw on some Etta James and start a pie crust. There’s something about leaning against the counter, hunched over a crusty cookbook with an open afternoon and the scent of butter that is just everything. But see, what happened that first time is: I wanted to make it a mini pie crust. Her recipe makes two regular pie discs. I halved the recipe, not registering that that’s fine if I’m only making one regular sized pie. But I’m making a MINI pie, so I’d need to quarter the recipe. Know what I mean, Vern?

We got there. Eventually. And the crust, albeit V THICK, was flaky, buttery and still excruciatingly delish. But I wanted you to have it the right way. So I made the pie again.

I made the pie again! See, we’re happy.

Now let’s talk about the custard filling. To be HONEST, I’m not exactly sure the exact difference is between a coconut cream pie and a coconut custard pie. One is baked in the oven, and one is cooked on stove top. I believe that’s it. So perhaps I do know the difference. Never mind.

I wanted custard, darn it! That’s what it comes down to. (it always does, really.)

It’s a simple filling. Butter + sugar + egg + pinch of flour + milk + shredded coconut + vanilla. What I did was tweak something I saw on All Recipes, because it had way too much sugar and milk in their recipe. So I put my thing down, flipped it and reversed it, and here we are.

The coconut: it’s shredded. You’ll see flaked, too, but shredded is best. Also, I could only find sweetened coconut, but unsweetened is GREAT. Use that if it’s all you see. If there’s a choice, man I dunno. This is why we have our raging inner soul fairies, you see.

Let’s get our chilled crust out of the fridge and roll it out. My little pie container (container feels wrong) was six and a half inches wide, so I rolled the dough out to about nine inches. The sides of my container (seriously why does that sound so odd?) were deep. Yours might not be. Yours might slant, but we’re all still good people.

There we go! My edge crimping has serious self esteem issues, but camp was all filled up, so.

Remember to save some coconut for topping! Two Tbs-ish.

HULLO. That was in the oven for about 50 minutes, at 350 degrees. And she’s exquisite.

Of course you’ll let it cool completely, at least an hour. This gives the innards a chance to set and marry and cool and luscious itself up. Or something.

I love how it looks like a deep dish pizza pie, with those dramatic straight sides. It’s got such ‘tude! But gentle, ya know? Rustic and windowsill ready. WHERE MY CARTOON BIRDS AT?

It’s nothing to do with this photo of Nat holding the pie. This was the good part. We were all about to have pie. I set it down to organize the next plate shot, you see. Will leaned down to get on his knees (per my direction) but didn’t realize that he shouldn’t actually put ALL HIS WEIGHT on the tiny table. I’m sure you can guess what happened next. Tilt. Flip. “Nooooo!” Overturn. Pie. “OH SHI-“ Gone. Upside down. “OMG.” On the floor. Splattered. Crushed. “OH I CANNOT BEL-“ Obliterated. Dunzo.

The pie tastes fabulous, though. Even though I didn’t get any.

(Will has since recovered.)

Make this Easter weekend! (Will was crying in the corner so his hands weren’t in this photo. It’s fine.) 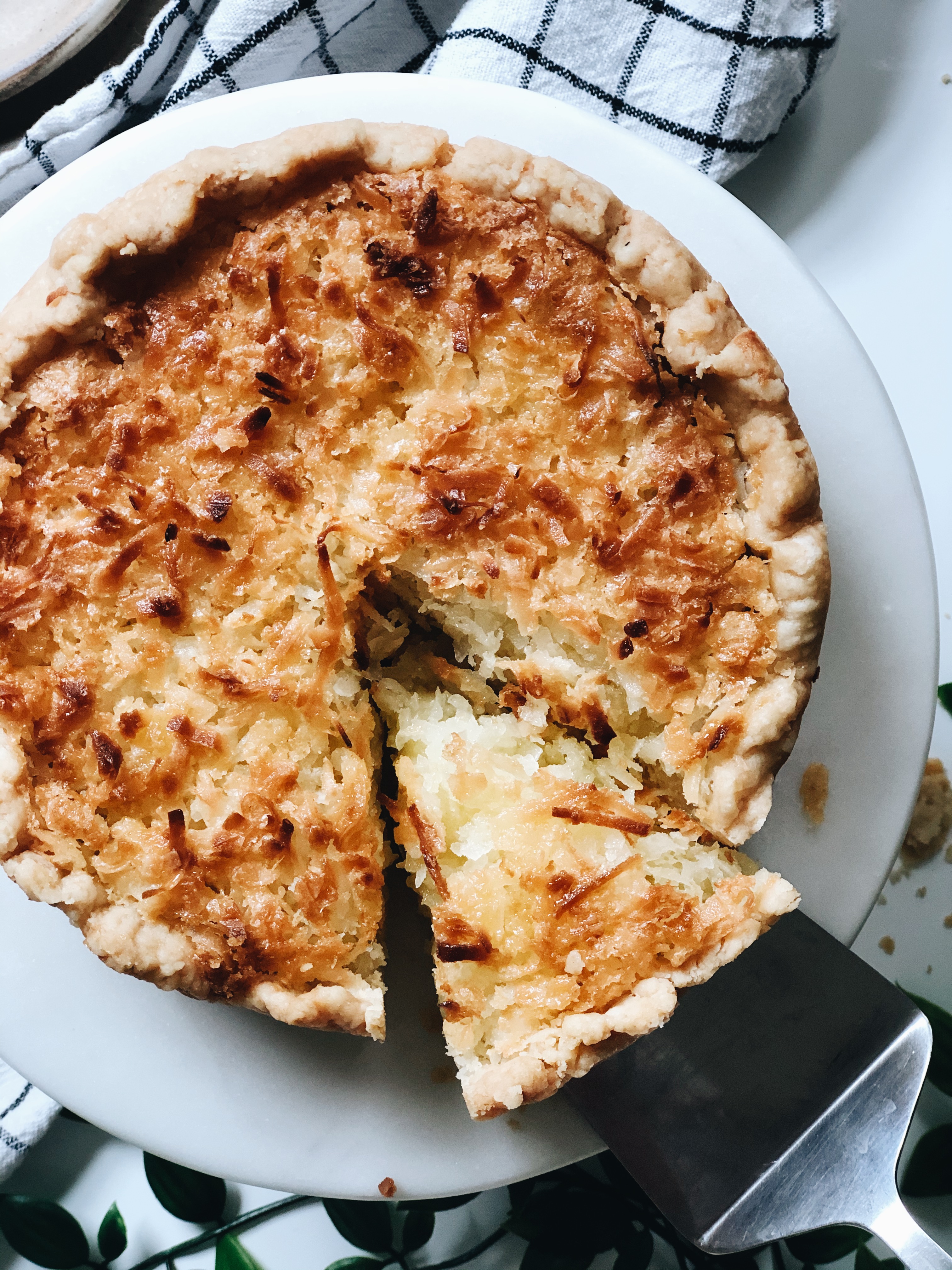