Isn’t May 18th the unofficial gateway to pasta salad season in my head? Thought so. 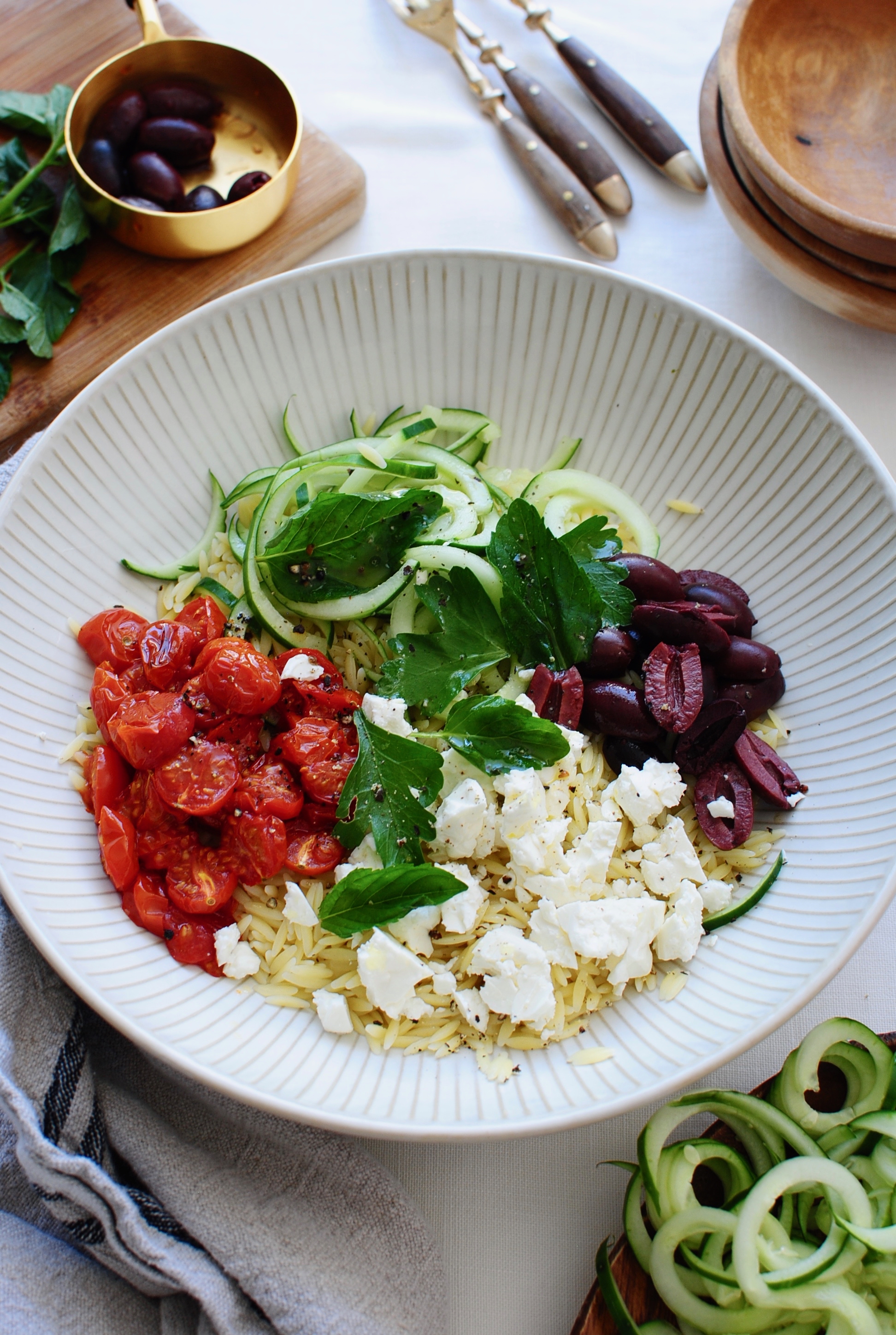 I think I just came with your very favorite new pasta salad. I really do. I seriously do.

Because it’s not BORING. Not to say other pasta salads are boring. That was rude. But you know how you get super jazzed about a pasta salad and then you take a bite and you’re like – oh. And the two little let-down tones from Peppa Pig ring in your ear? WA WAAA. Yeah.

Not here! Not with this! Not this time! No way, dudes! (do you want me to settle down?) 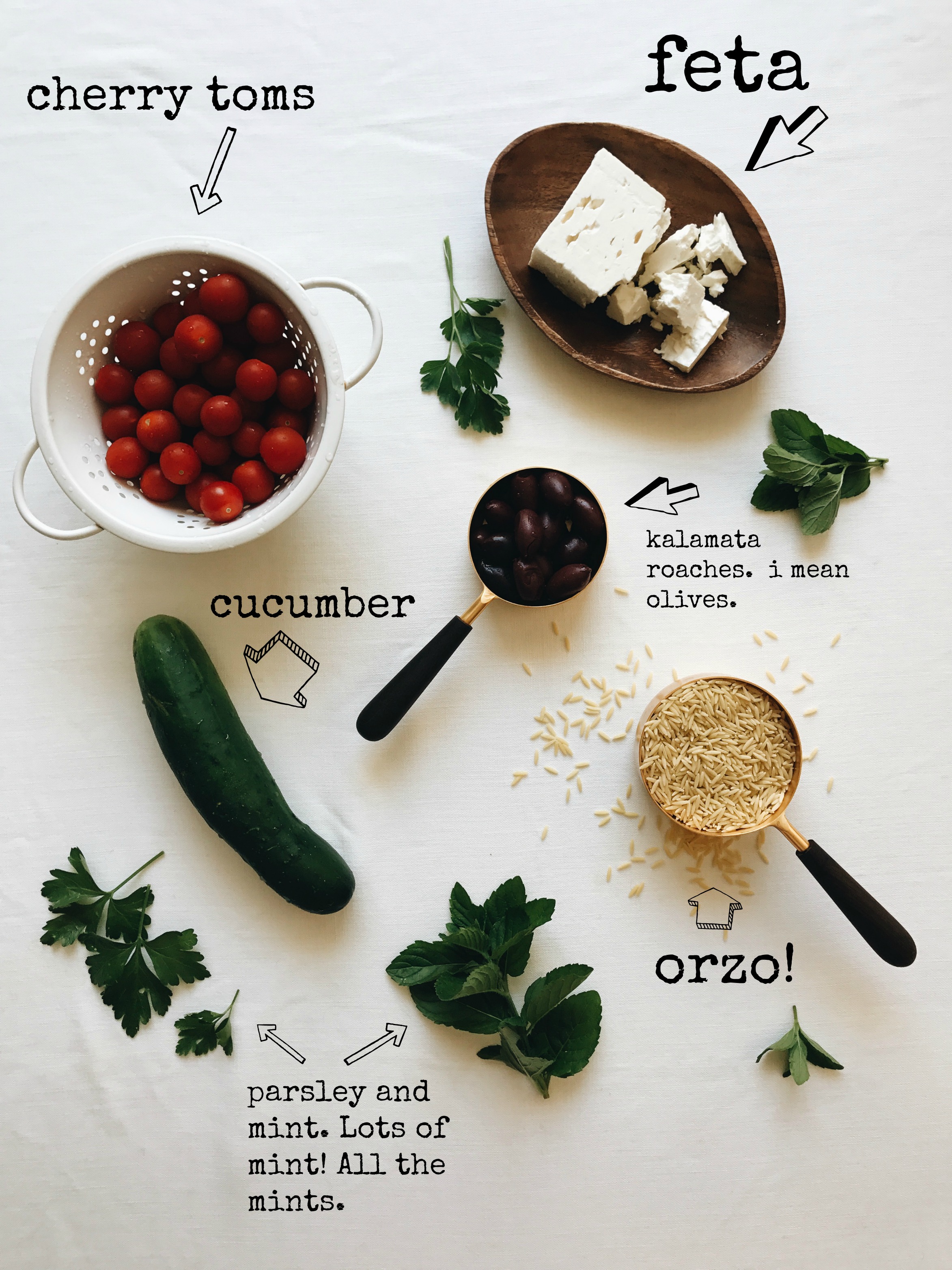 Super straight forward with the ingredients that go in. Stuff you have, ya know. OH, not pictured is the lemon and olive oil. I forgot to include those because I’m old and forgetful and potty training and want to die. 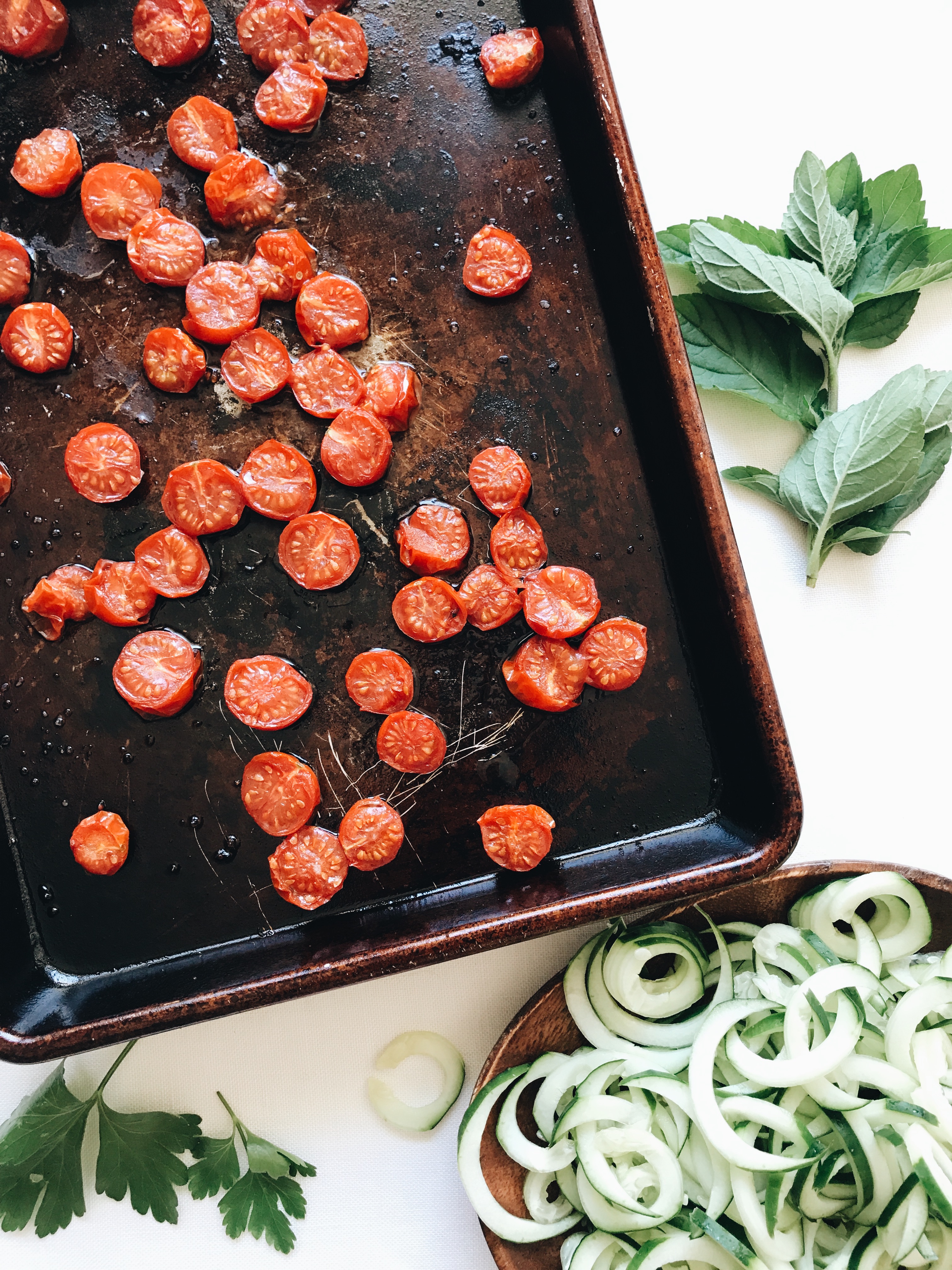 There are two things you’ll do in this recipe that take it from here (my hand is at my kneecap) to here (my hand is at my topknot.) First, you’ll broil the cherry tomatoes! Not for long at ALL. Three to four minutes tops. We just want a slight blistered wiltyness. (should we start a band called Blistered Wiltyness?)

And the other thing is – you’ll spiralize a cucumber! I used the middle setting, so they’re sort of like cuc worms. Or half moons, depending on how cooperative your machine is. Or half moon worms if your machine is smarter than you and has a different plan for your life.

Either way, I’m calling my therapist. 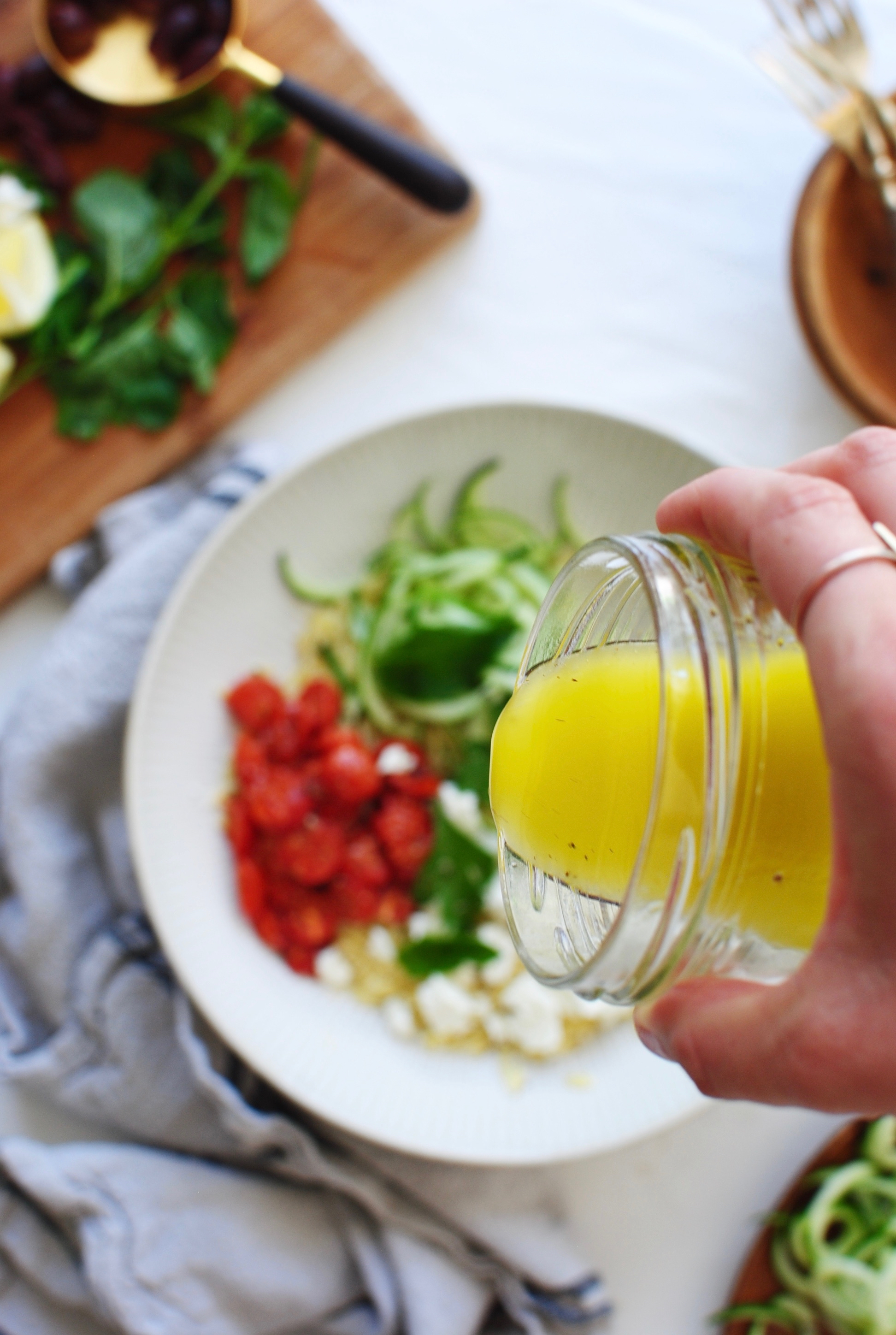 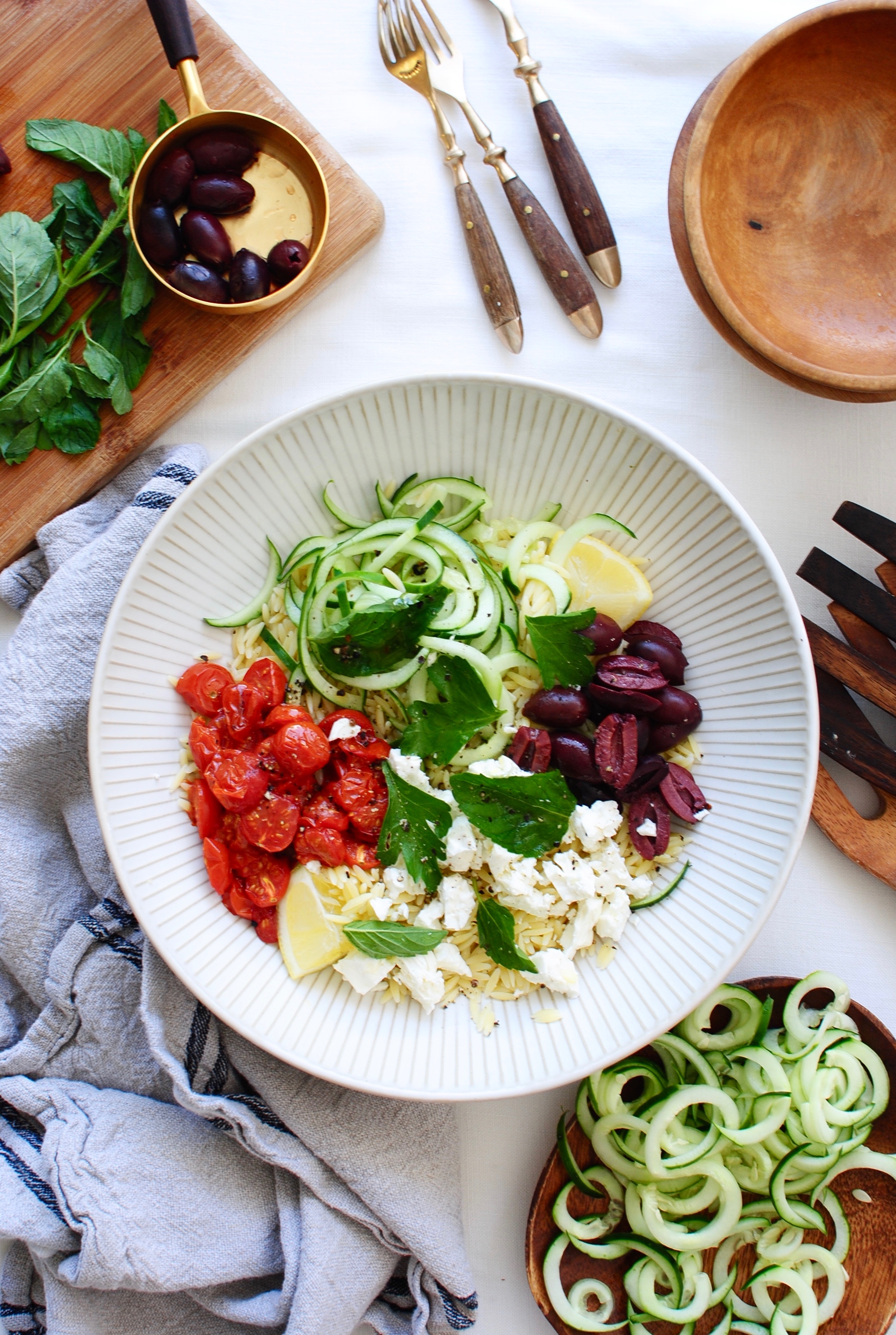 The star of the dish are the herbs. I went with parsley and mint, because they’re more along the lines of traditional Greek flavors. The more herbs you add, the more pow it will have. You’ll feel like Batman, swear it.

Actually, I think the star is the orzo. Cooked and cooled and tossed in that dressing? Please.

Wait. I think the star might be the blistered tomatoes. Because once they wilt in with the tossed salad, there’s this light light light silky tomato coating of glory. Ugh. 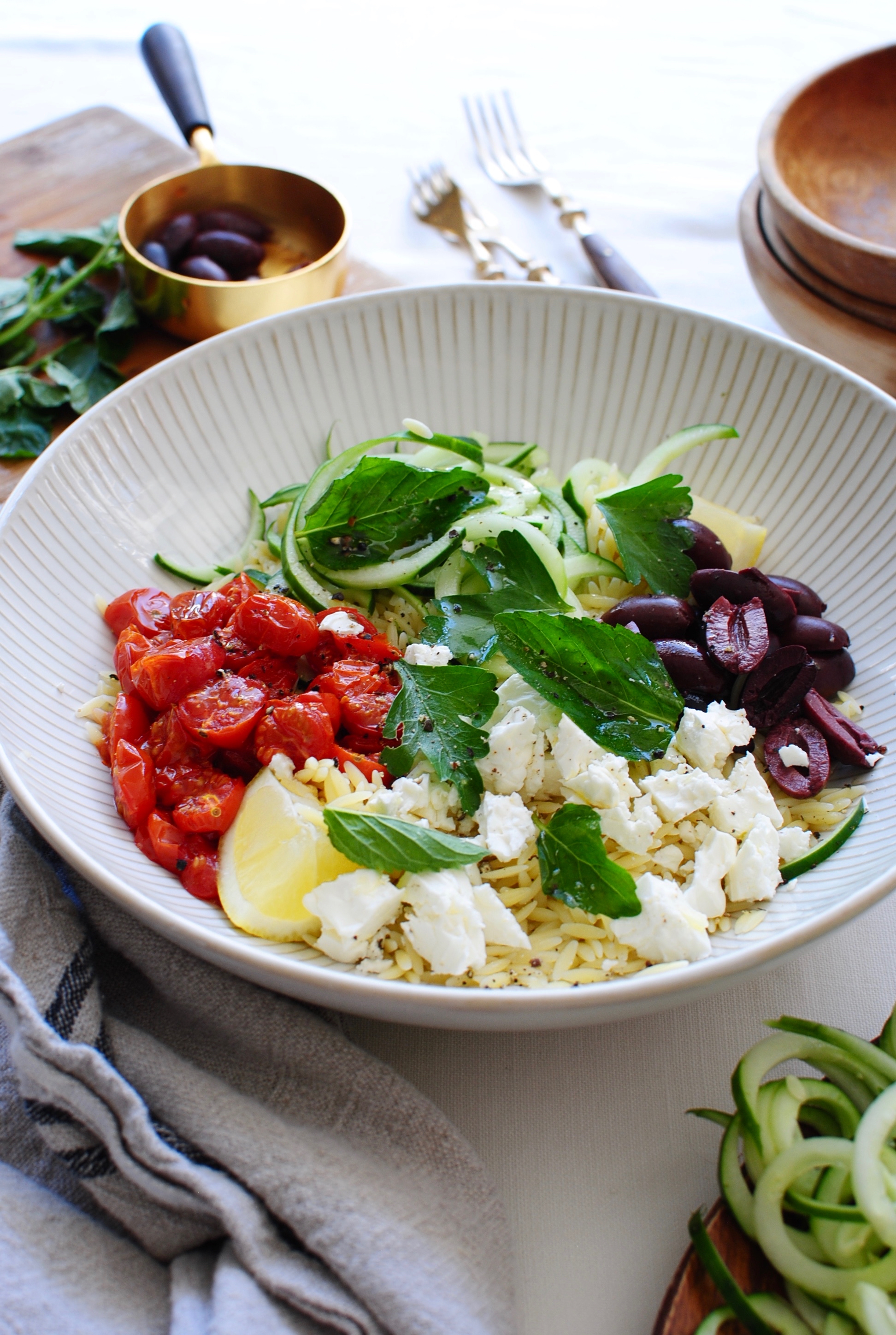 Hold on. The STAR quality of the whole dish is the salty factor! Feta is salty. The Kalamata olives are salty. There’s this magical bright essence of flavor that the salt just braaaangs out.

Wait! It’s the dressing. The dressing is the star quality. SO ZINGY BRIGHT with the lemon juice. And especially paired with a good olive oil, are you kidding me? You’ll freak out.

No! It’s the crunchy cucumber. The texture. The depth. You need it, with the softer olives and crumbly feta. SO perfect. I’m almost mad. 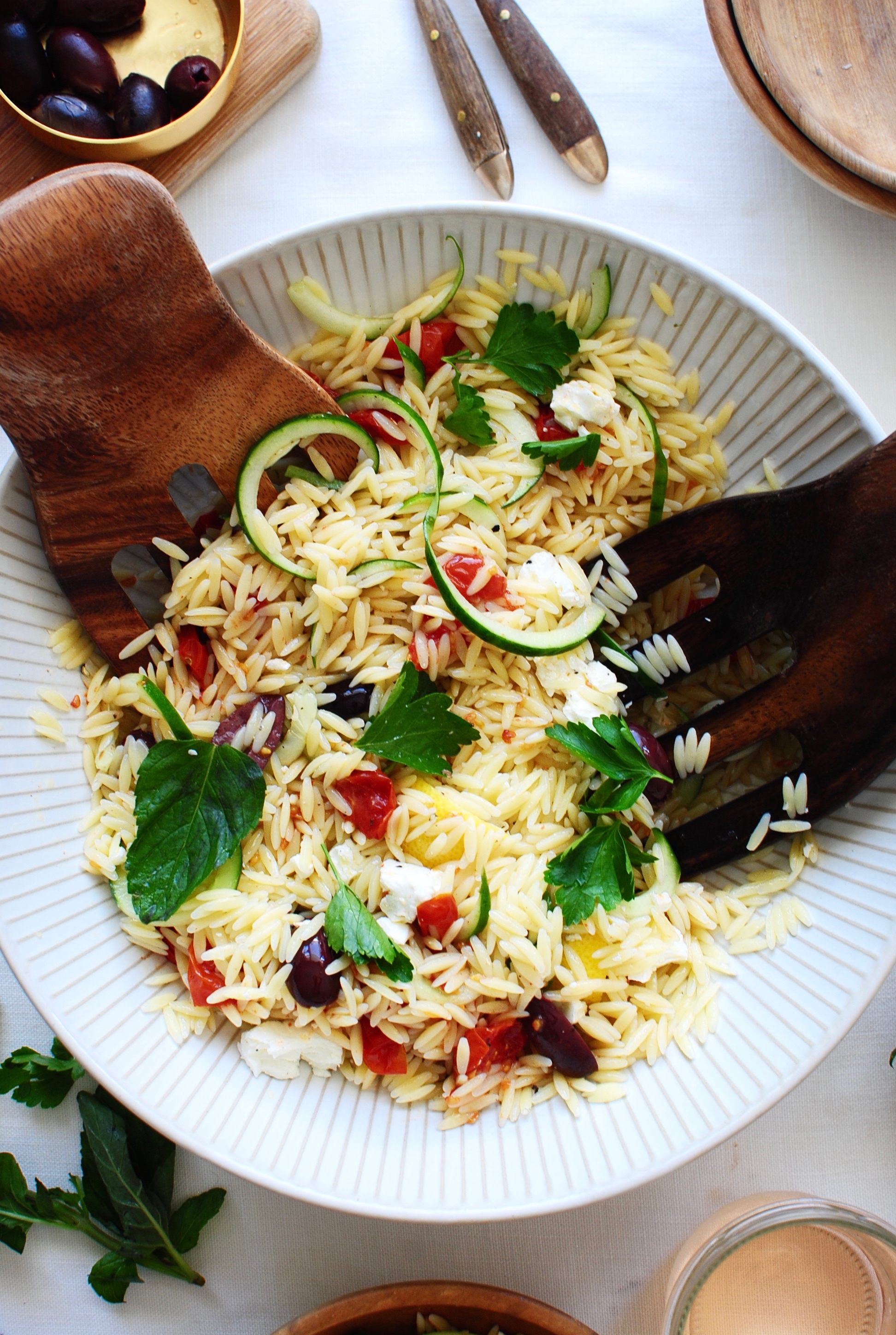 Remember the thing I said about your new favorite pasta salad ever? Right. 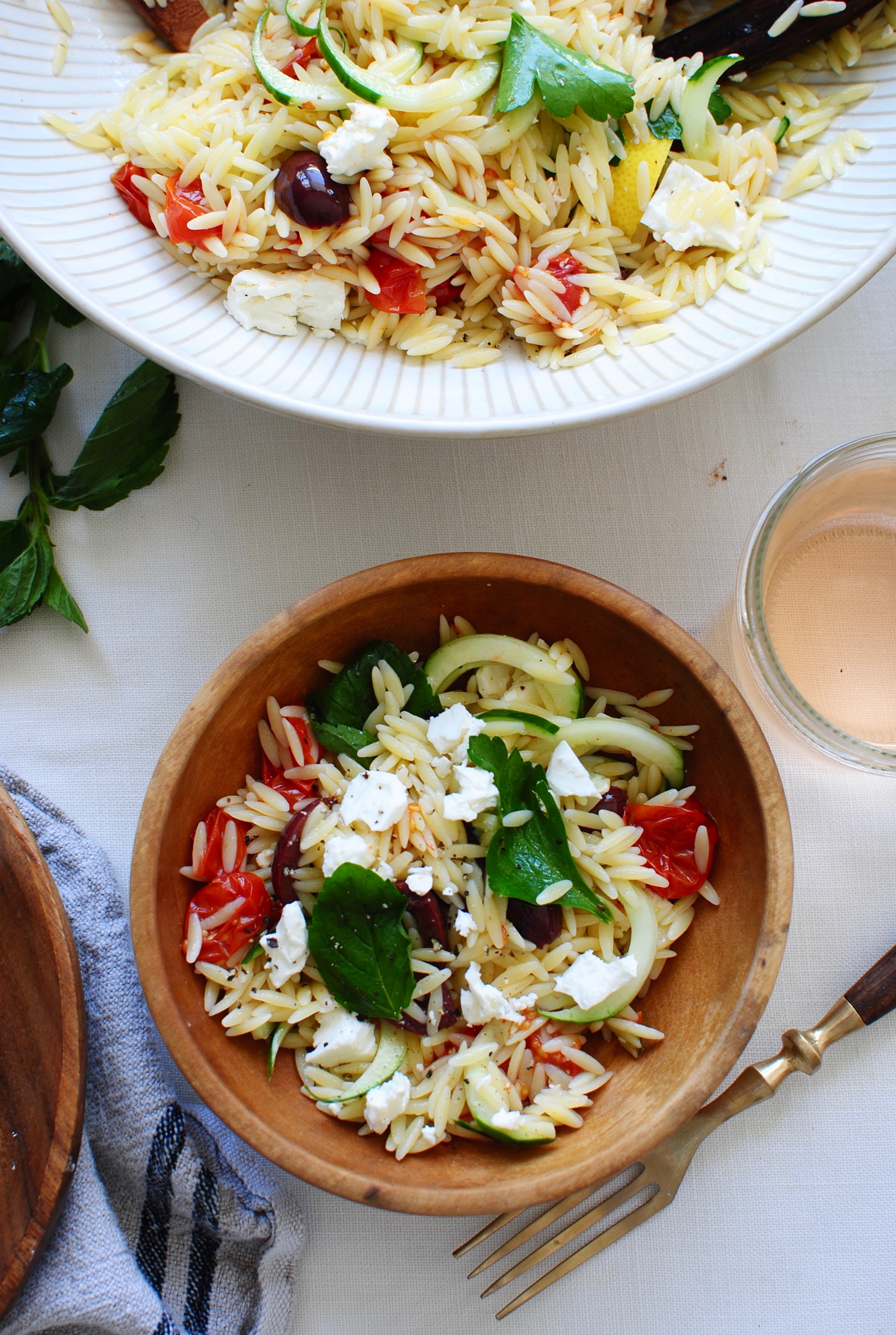