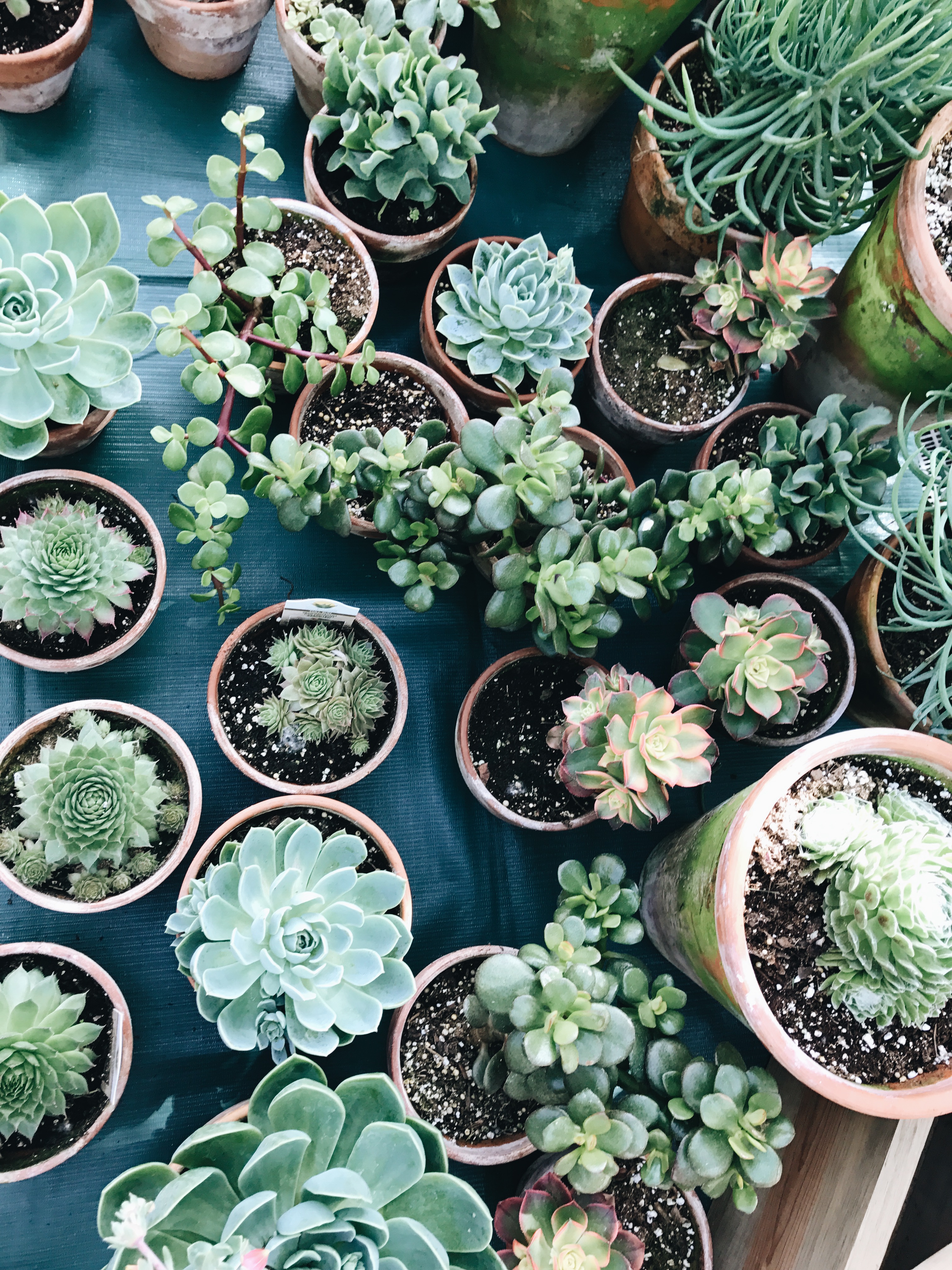 Tell me about your VERY FIRST JOB. (I’m just launching right in.)

I think first jobs are weird. You know on the application when it says, “Must have at least one year of experience – blah blah blah.” And you’re like, “But I’m coming to you so I can GET the experience, ya boob.”

That didn’t happen here. But it could have. 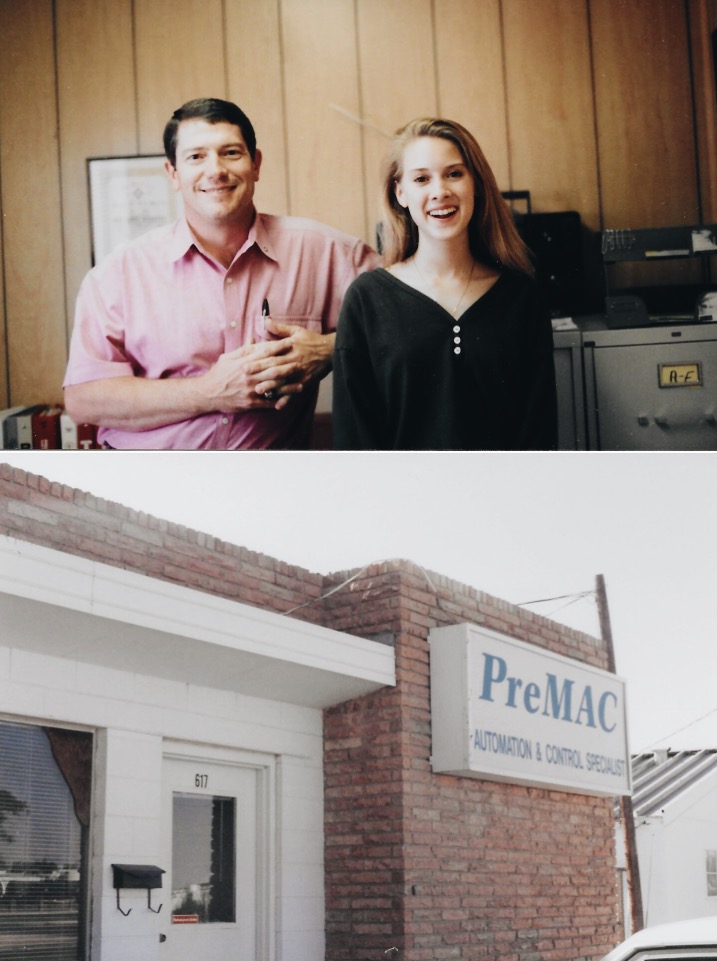 It was called PreMac, and I have no idea what that words means. Oh wait, I just looked it up! Precision Measurements and Controls. Obviously.

It was this small-desert-town, teensy office building with filing cabinets and a coffee maker and a typewriter and no computers and a few chairs with wheels on the bottom. Oh, remember those dark brown plastic stackable folders for outgoing and incoming paperwork? We had that! PreMac had something to do with the oil business, I remember. Or, AWL BIDNEH, as we used to say. (because Hobbs.)

My first job was very task and list oriented, which is totally my personality. Do this, check. File that, check. Organize this, done. Order that, on it. Clock out and go see my boyfriend, DONE. You know, tasks.

On top of that, I absolutely adored the two people I worked with. First, my boss, who’s with me in that photo. His name is James Allbright, and he had the most calming baritone voice I’ve ever heard. Sounded like NPR meets a stick of butter on a velvet Slip ‘n Slide. I remember Mr. Allbright (I could never call him James) was unimaginably friendly. Always positive, always calm, always patient, always level-headed. To where you’re like, YOU CAN’T BE REAL.

I also remember he was totally obsessed with Max Lucado. Remember that Christian author from the ’90s? He had his books ERRRRWHERE. And he was always opening up one of his books and talking about building internal strength and happiness. Of course as a 16 year old I was like, “Uhhh, I was just looking for the stapler.” 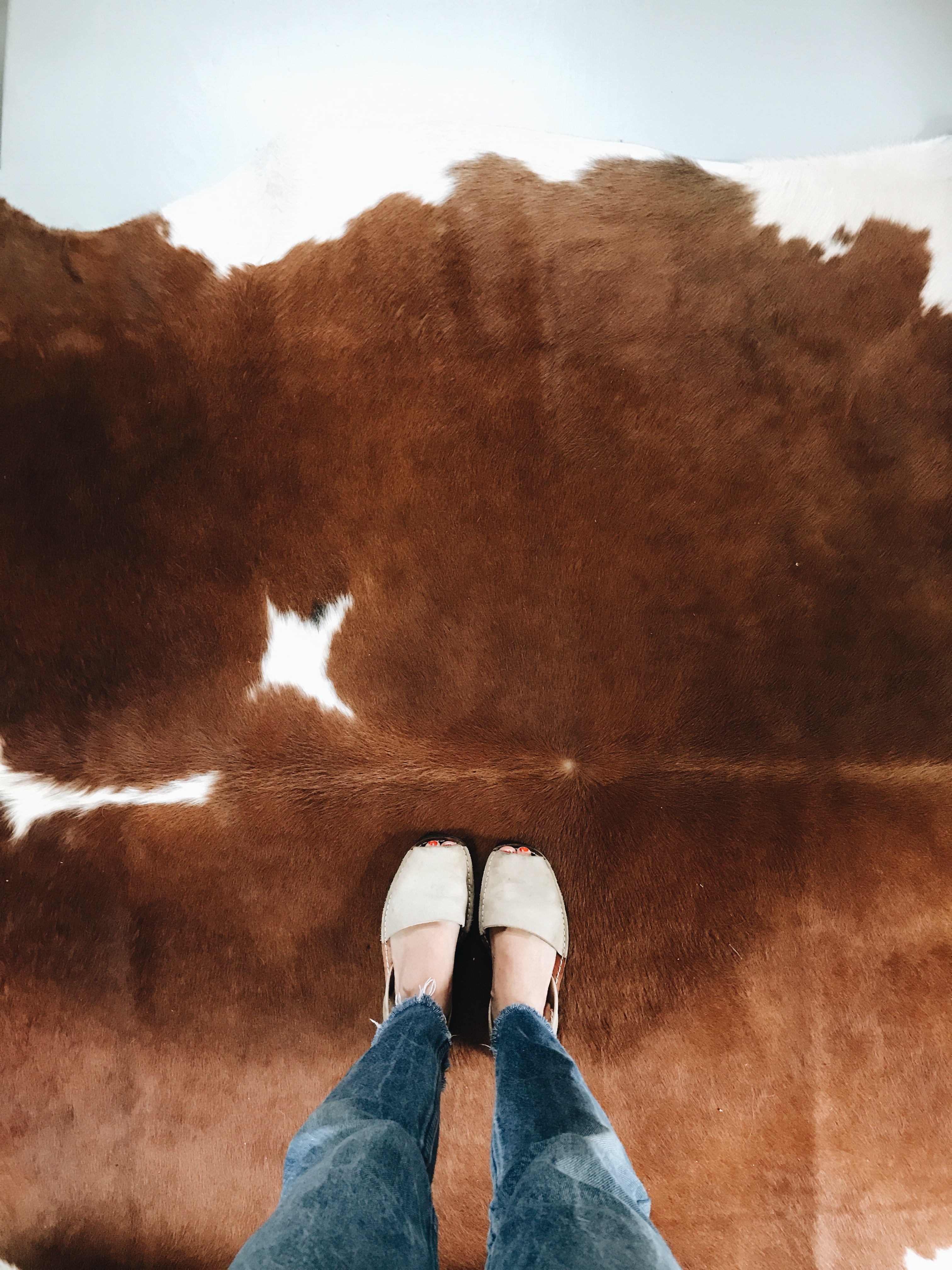 I also worked closely with this tiny-framed, petite woman with GIANT curly hair named Monica. She was AWESOME. A) She was light, bright, animated and cheery. B) Her hair was so tall and round (Hobbs), it had its own gravitational force. and C) Her dark Burgundy lipliner was always juuuust slightly on the outside of her lips, so when she talked, it was like a west Texas version of Lucille Ball. I’d stop some grapes with her!

I remember being so drawn to Monica and her spit-fire force. The bottom half of her body moved around like a magical hummingbird, from chair to cabinet to phone back to chair, marking tasks off her to-do list – while the top half of her body (including hair) was always genuinely interested and focused on me and whatever petty high school drama I was dumping on her. She could call up an airline (no computers) to book a flight, and get a huge discount, simply based on her innocently flirty choice of words. She’d put the phone down, look at me and say, “That’s how ya do it, girl.” Gah, I wish I had a photo of her. 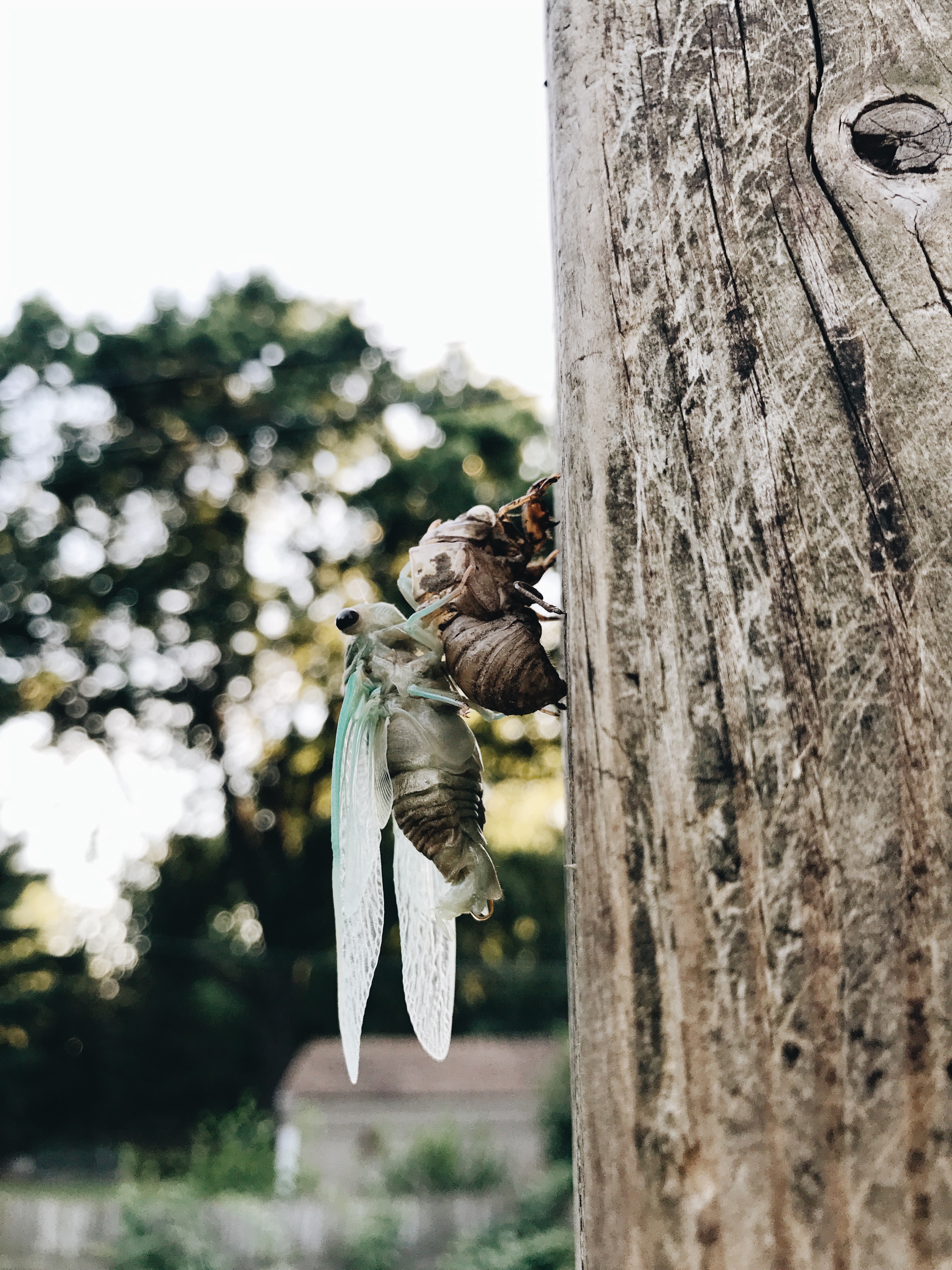 Throughout high school, I spent every afternoon at PreMac with Mr. Allbright and Monica. 3:30-5:15pm. Filing, making calls, taping boxes, ordering supplies, gabbing with Monica about my boyfriend and her own men drama, organizing paperwork, pretending to be the youngest, jowl-less expert in the AWL BIDNEH. (you know, Hobbs.) Then, the summer after I graduated high school, I spent most every morning at the office, making a little bit more “mad money” for summer fun.

I remember being truly sad to leave that first job. Like, super teary. Saying goodbye to Mr. Allbright and Monica (and her hair) was like leaving a tiny chosen AWL BIDNEH family that genuinely helped shape me. (yes this is horribly cheesy) But really! Looking back, I couldn’t have been given two more dear, patient people to jump into the workforce with. (please don’t punch me.)

I wonder where Mr. Allbright and Monica are today. I miss her hair.

Tell me about your first job! How old were you? Were there computers or internet? Did you have those dark brown plastic stackable folders? I need these details to thrive in my life. 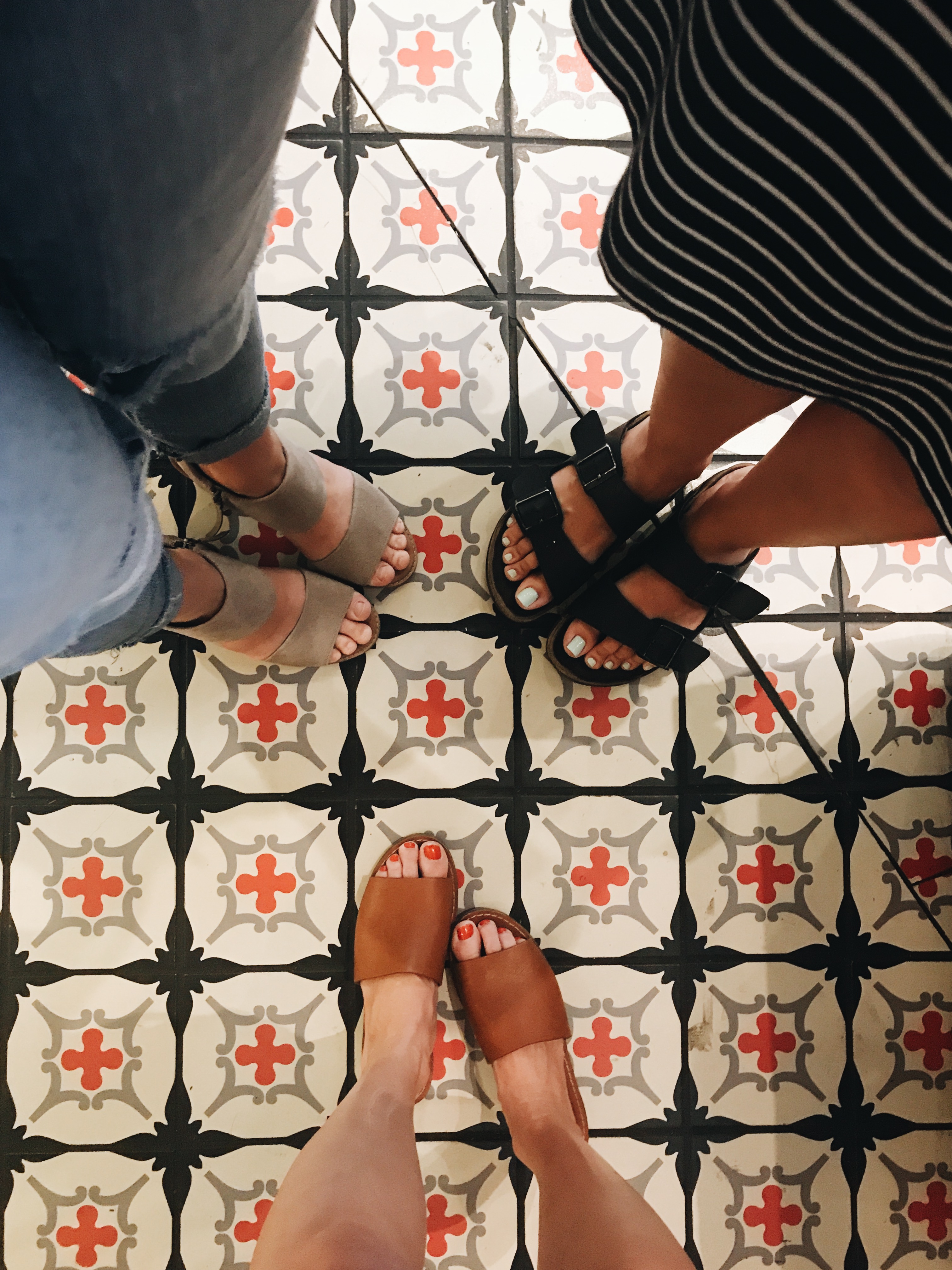 I have a big photo shoot this morning with a local newspaper involving a cocktail (I’ll post on Stories!), then two recipes to shoot today (one is a cocktail), then brunch tomorrow morning at a farm (uh, more cocktails), then NUTTIN’ after that. Except cocktails. And I don’t even drink cocktails.

Besties Do Boulder. That Came Out Wrong.
Creamy Spaghetti with Smoked Salmon and Fried Capers