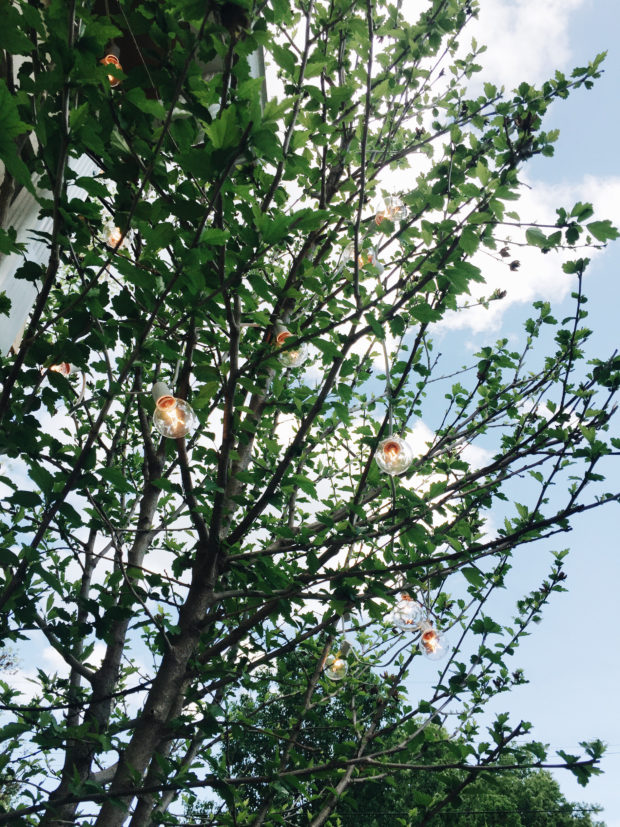 Okay. I’ll get into purple. ONLY FOR PRINCE though.

Can you believe this? I know everyone is mourning the news by listening to their favorite albums, favorite songs, watching their favorite videos, texting gifs like whoa. And I’m like, “REMEMBER WHEN HE WAS ON NEW GIRL TWO YEARS AGO?” That was such a good episode. Jess and Prince sat on the bench and visited like good old pals. Then Nick confessed his love. (for Jess, not Prince) But you can clearly see the effect Prince had on Jess and Nick’s love.

Speaking of, are you watching this season? (spoiler alert!) Can you believe she’s BACK WITH SAM? And then had that helmet dream about NICK? What is this, TWO THOUSAND THIRTEEN? (I felt like I needed to write that out for emphasis) I need to watch the latest episode, because things have probably totally changed. 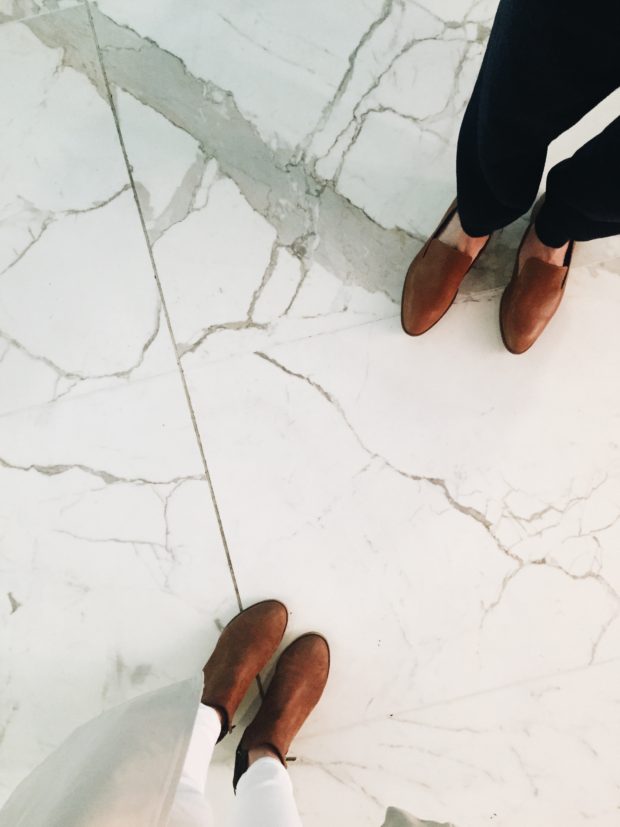 You know the part in the beginning of The Little Mermaid where they have the little sea concert, but Ariel misses it because she’s up at the surface causing riff raff with Flounder and Scuttle because she finds a dinglehopper and a snarfblatt?

Okay, and you know the part where Sebastian is conducting the sister mermaids as their shells open and they pop out in song::

Then there is the youngest in her musical debut
Our seventh little sister we’re presenting her to you
To sing a song Sebastian wrote
Her voice is like a bell
She’s our sister AAAARRIIIIIII……<GASP>!”

….Um, where exactly was that song even going? What NOTE did you even plan on landing on, SEBASTIAN? I’ve been going over different versions in my head, and I’m just not feeling it. Was it going to end on a major note? Something huge and majestic? I need to see his sheet music so I can feel settled about this.

(these are the things that plague me at night.)
(also, what the hay kind of name is AQUATA? Triton be loco.)
(where is the mom mermaid, by the way?)
(and why was Triton’s face old, but chest super muscular and slightly hot?)
(forget I said anything.) 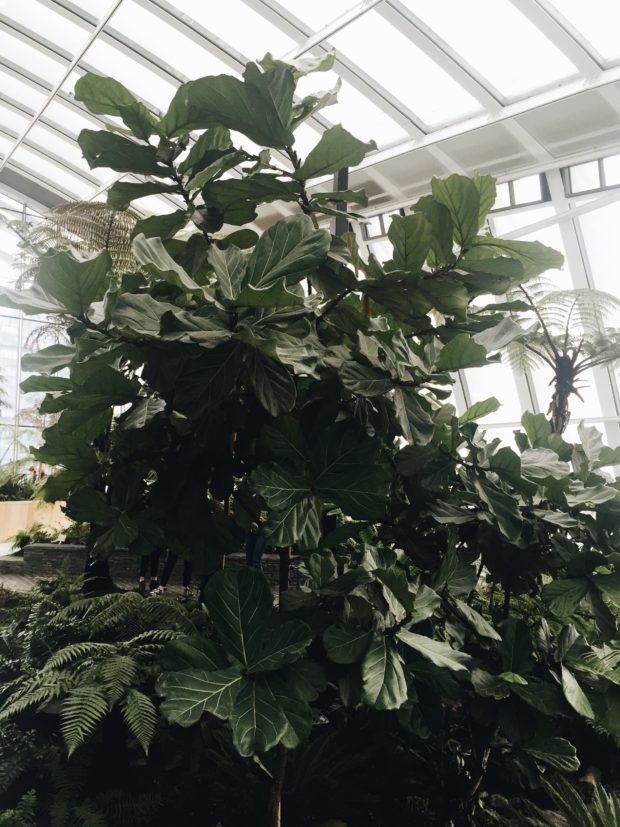 You know what I would love to discover, or just personally design? Hip toddler nightgowns. Because when you google “nightgowns for toddlers” it is a buuuuunch of NONSENSE.

I don’t want anything with Frozen characters on in. No. Nothing bright pink with Barbie on it. Hail no. No frilly arm sleeves with sad lace. No no no. No weird layered Little-House-on-the-Prairie dresses either. Goodness no.

I want something cool, something simple in gorgeous neutral tones, something super soft and slightly fitted, yet loose. Something like Annie would wear. But in the orphanage! Something ORPHAN CHIC. (<–patent pending)

That’s it. I’m going to design it myself. I wish I could draw what I’m imagining and show you. I WOULD MAKE A KILLING.

And it would be the same look/design for little boys, only with legs instead of open. OMG I am seriously doing this!

Would you buy one? 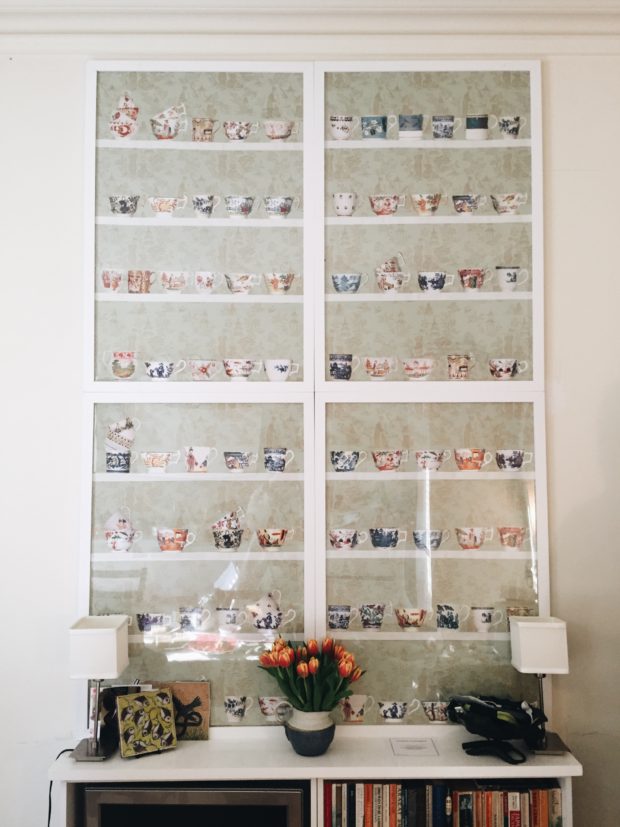 Also, I have a quick question! (not related to orphan clothing)

You know how people are adding those spaced-out dots in their Instagram posts? Like they’ll have a caption, and then under it, it will look like this:

What does that mean? What are those dots supposed to be standing for? What am I missing? OHHH THE KIDS THESE DAYS WITH THEIR INSTAGRAM DOTS. (<–said like Duane’s mom on Prairie Home Companion)

…but seriously, what do they mean? I’m old. 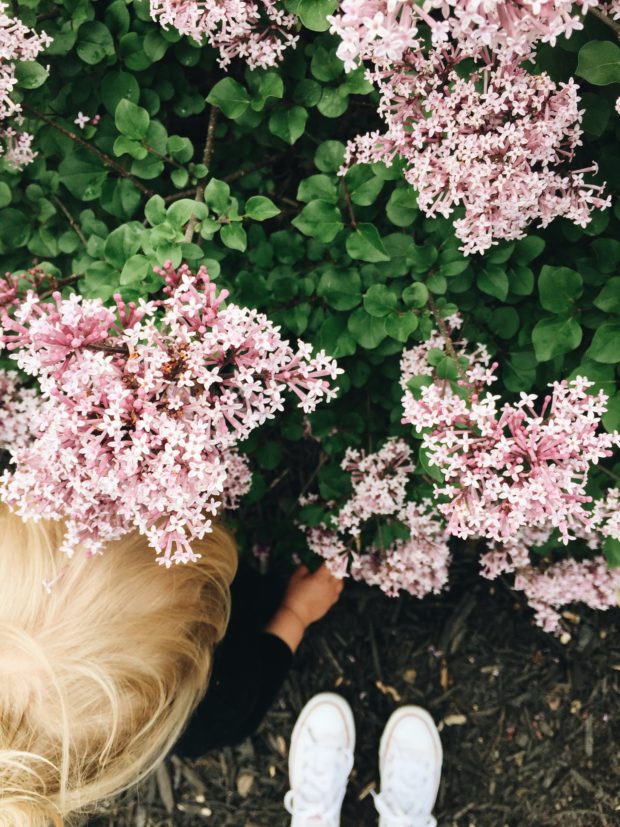 Weekend plans? Kicking it? Relaxing? Getting your Purple Rain on?

I have a super secret major project happening on Sunday, but I’ll be snapping some sneak peeks, so check that out if yo’ eyeballs be curious! Other than that, I’m going to return a bathing suit to Amazon (it was NOT high waisted), eat some raw tuna and mock up a toddler nightgown design and pretend that I know someone who could even make it for me.