I have a feeling you’ve started to catch on.

I’ve grown a rando cowlick on the back of my head and my dreams consist of plaid lizards rescuing me from a 75-foot chocolate waterfall whilst wearing a Teenage Mutant Ninja Turtle princess dress.

Okay, now we can seriously freak our faces off. 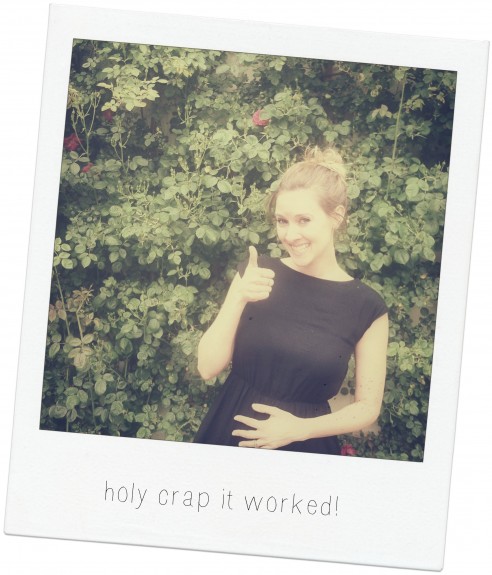 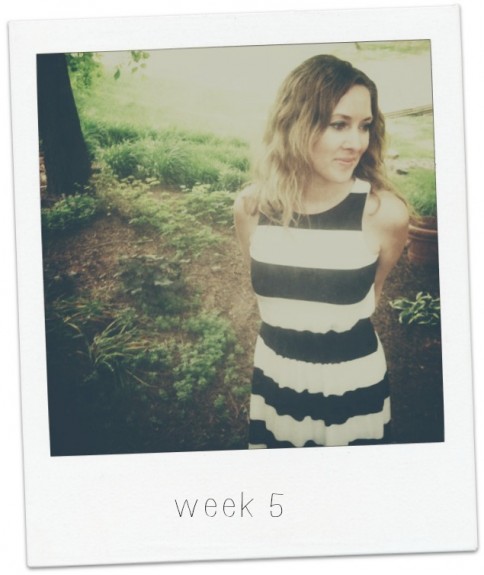 To be completely transparent, the road we’ve been down over the last six years has been paved with poo-poo and smudgy mascara. Until now! But . . . let’s start at the very beginning. A very good place to start. (name that movie)

Back in the day, Aaron and I played in a little indie band together. I played a bass bigger than my body (with off-white heels to match!), and Aaron played guitar. We wrote and sang songs together, recorded albums, played bars constantly, did a few mini tours here and there, blah blah. Then we turned 30, bought a house, adopted a pup, planted some herbs, and my uterus all but reached up and flicked my nose, “YOU JUST PLANTED BASIL. OMG, GURL IT’S TIME.” 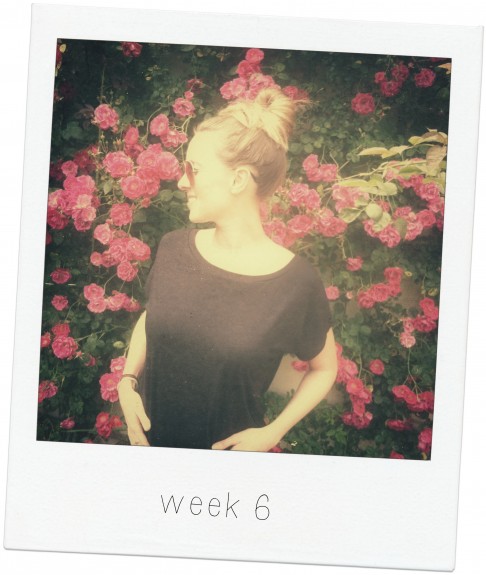 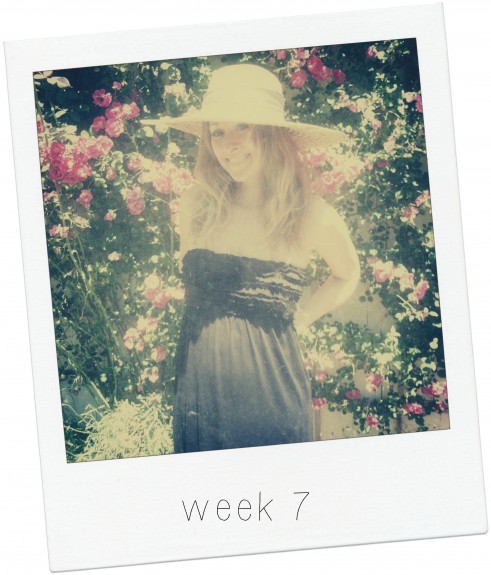 Then I got really obsessed with all the hoopla online and in magazines. Fertile-aid pills, a wrist watch you wear to determine when you’re ovulating, ovulation pee sticks, saliva samples under a tiny lipstick microscope, walking around a turquoise beetle seven times, cutting a lock of my hair and burning it at twilight under the moon. Just kidding I never did that. Except I probably did.

None of it worked. Blah. What the h, man?

So then it was doctor time. Oooo ish is getting serious now. The first round of blood work showed nothing crazy. Normal levels of everything. So we jumped straight into rounds of IUI (artificial insemination. where they just take his men and insert it right into my cervix. no bigs). I was absolutely poooooositive this was going to work. How could it not?! Mind you, I wasn’t on drugs or anything. This was straight up IUI. Clean and simple.

Well, a fat six rounds of clean and simple later and I was still NOT PREGNAAAANTTTAAAAAA. 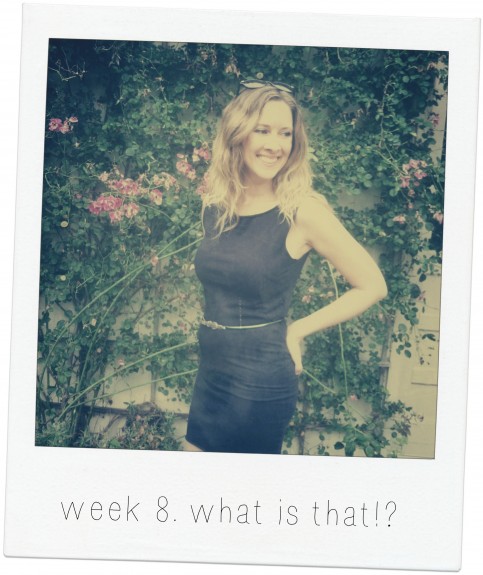 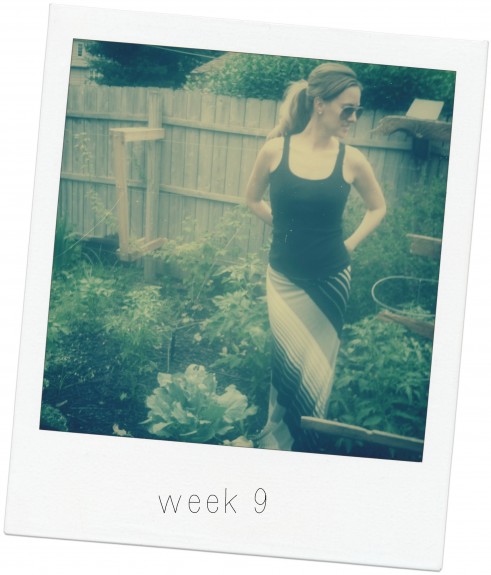 Whatever, time to take a break. Or else I was going to murder everyone who breathed and/or spoke and/or moved around me.

A few months later I went the complete opposite direction. Acupuncture. It had been a swimming success for some close friends, so why not! Ummmm okay, I’m talking tiny needles all stuck in my head, face, belly, arms, legs and feet for an hour at a time, multiple times a week. EW, you guys. And get this, my acupuncturist even ELECTROCUTED my ovaries during one visit. She straight up hooked some car battery cables to the needles in my belly, and I lied there, vibrating like a freak for a full hour, just sure I was going to gain super hero shocking powers for the rest of my life. Didn’t happen. I also didn’t get pregnant. Shocking! (get it?)

After a few more months of wallowing in the “pit of despaaaaaair,” I quit my full-time job in March of 2011. I decided that alleviating stress from my life and staying home to tend to my house, garden, health and brand new blog would help ease my anxiety and murder tendencies. And while it definitely proved to be successful on many levels, it didn’t get me a dang baby. And I was still about to chop everyone in half. 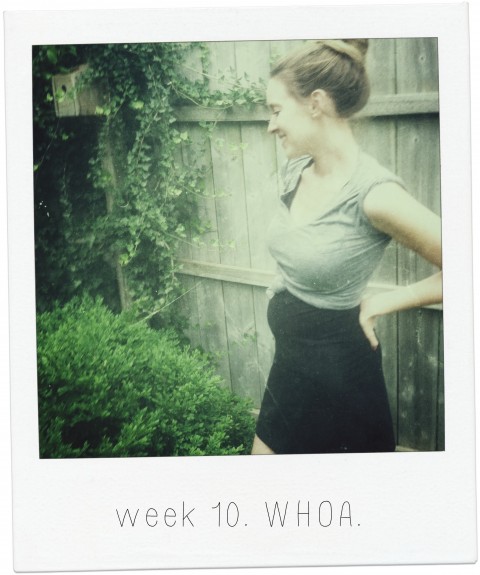 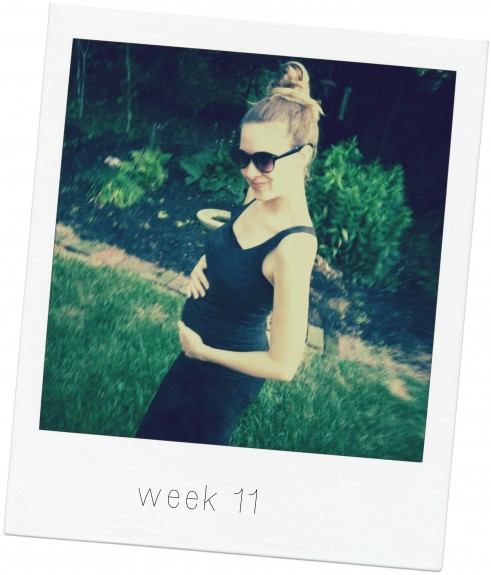 Sooo, last summer we decided to start over with a new doctor. And right off the bat, she found a polyp. A polyp the size of Montana, right smack at the base of one of my &#*%$ ovaries. So, last August, I cozied up on the operating table, and out she came. Once I recovered I immediately tackled my insane fear of needles and began the hormone injections. Three exhausting and intense rounds of IUI later, still nothing. ARRRRREEEEE you frickin’ kidding me?

Seriously? Are we really here? We were.

I got cranky. I got emotional. I wrote really weird things on this blog that can’t be explained. My mom and sister drove up for my egg retrieval in early April. I went back on the operating table. Out came 14 eggs! Nine fertilized. Five embryos advanced to the blastocyst stage and were biopsied for any chromosomal abnormalities. None were found! Out of the five embryos, we had three boys and two girls. I wept for hours when I got that call.

On May 10th, they put a little boy and a little girl back in me. And they both took. 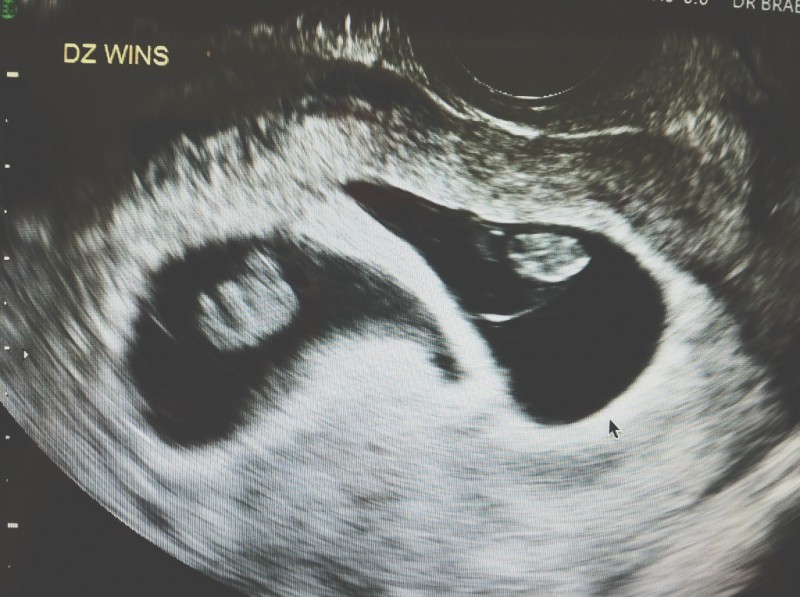 ARE YOU CRYING RIGHT NOW BECAUSE I BASICALLY NEED A MOP.

And here we are! I’m 12 weeks this Sunday, officially beginning my second trimester. Although I’m slowly on the up, I’ve felt like ABSOLUTE CRAP for the past few months. Everything has looked, smelled and tasted like roadkill. I’ve pretty much been surviving on Zofran, chocolate fudge ice cream, milk, string cheese, crackers and peanut butter. I sleep for hours and hours a day, look like a homeless orphan, but am really excited to finally make all my pregnancy Pinterest boards public.

I just want to say, if you’re going through this, I GET IT. Infertility sucks. It’s toxic. It cripples you. It hurts when your friends lap you. It’s devastating to hear about babies and pregnancy and family. It makes you doubt your body, your faith, your everything. If you ever need to talk, I’m here. I’ll walk you through every single step. We can even listen to some uplifting Wilson Phillips tunes together if it helps. Oh it doesn’t? Okay.

I think what it all came down to for me was A) the polyp, and B) my cervix is so tilted it’s basically a replica of the Shockwave at Six Flags over Texas. Thank God for doctors and medicine. And I really, truly mean that.

I’m also so incredibly thankful for the army of friends and family that stood behind us during this long, excruciating journey. We totally did it. Come on, bring it in.