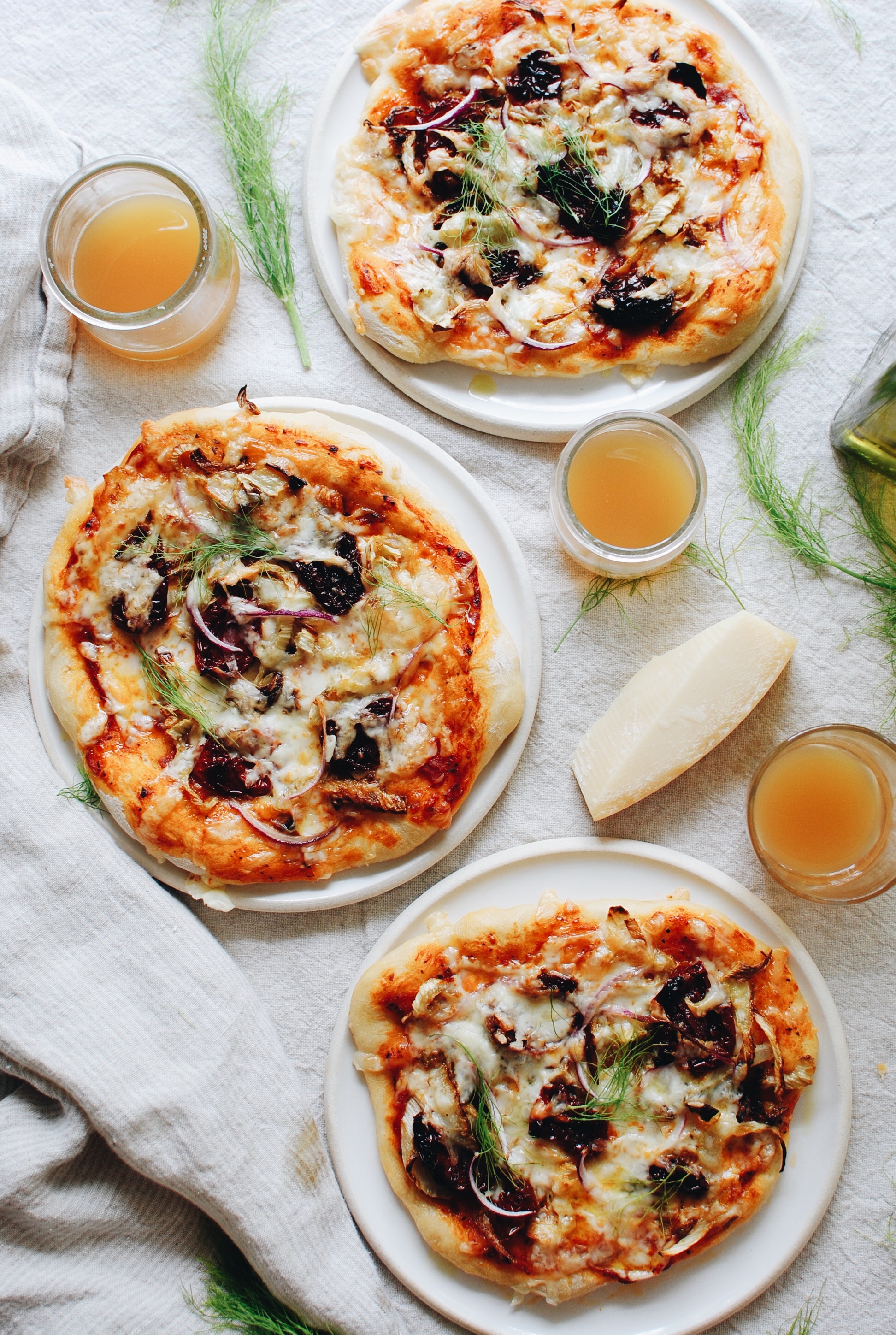 I’m pretty positive this is the food that Satan munches on for his afternoon snack. Well, that and murders’ souls.

H O W E V E R – I can totally get on board with fennel. Which, yes, has that strong anise flavor going on, like fresh basil and Italian sauce, both of which I irrationally obsess over. I know. I’m a walking contradiction. But when you roast the fennel, you’ll never be able to imagine what happens. So I’ll tell you right now. It totally mellows. And it is completely delicious in your mouth.

Let’s look at this pizza before I start punching something. 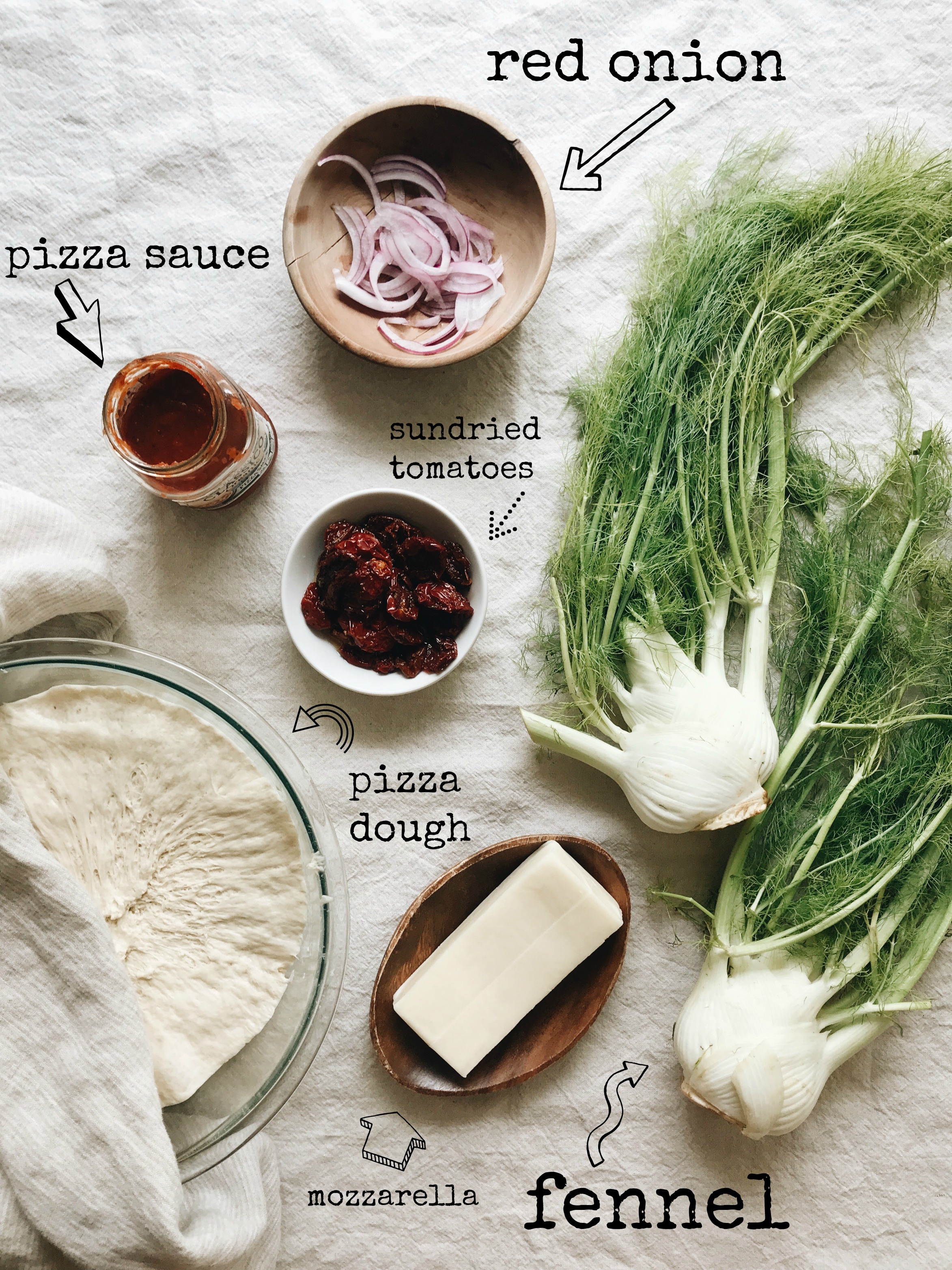 Fresh pizza dough! Nothing like it. I start making it when I wake up, so that it’s just DONE when it’s time to throw together the ‘zas, brah.

Two bulbs of fennel + sundried tomatoes (the kind in oil!) + a bit of thinly sliced red onion  + sauce + cheese. That is all. You’re going to freakin’ freak. Your freak. 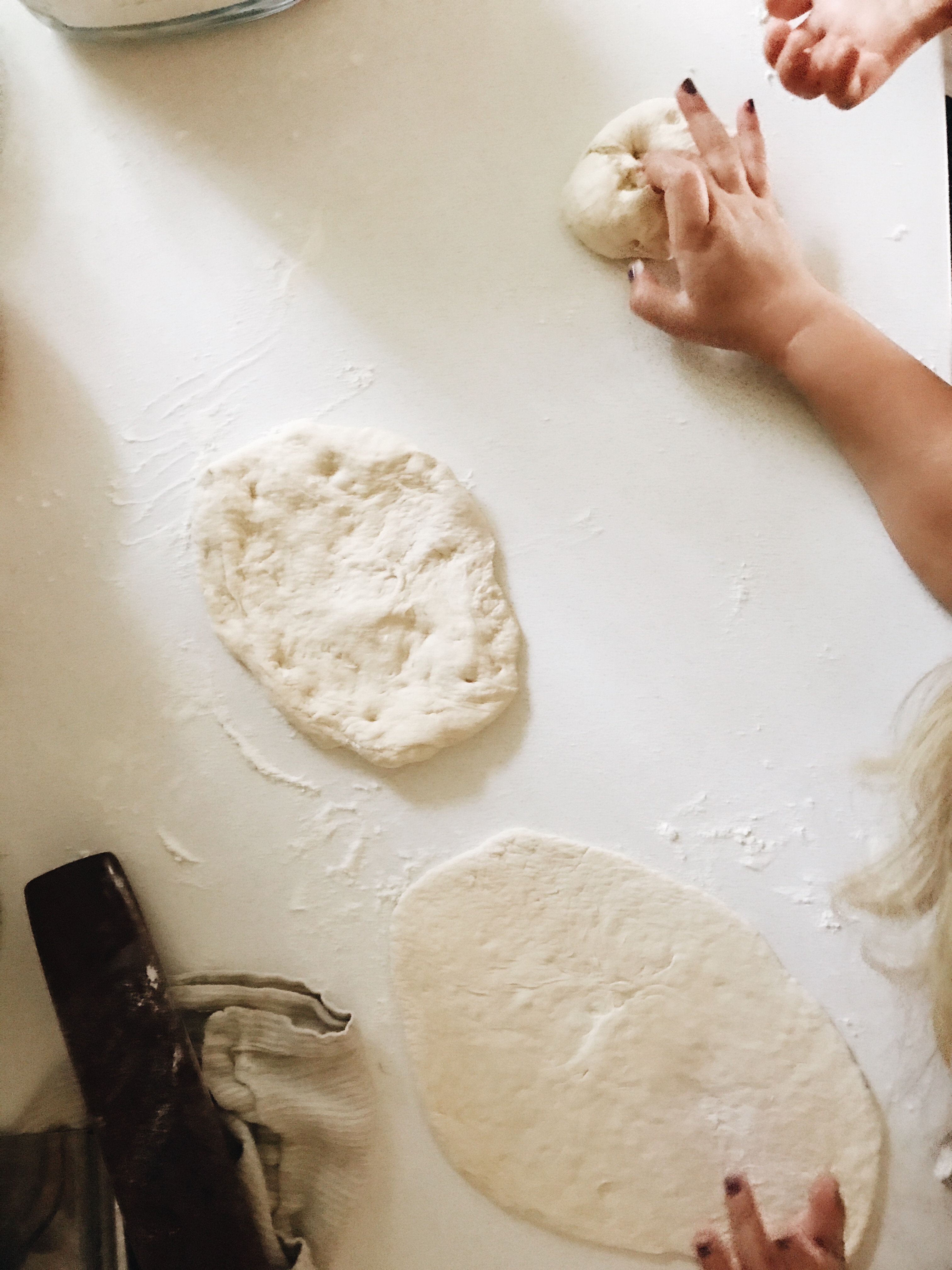 Pro-tip: have two small children botch their pizza dough rounds. It will make you feel pretty solid about your own skills. 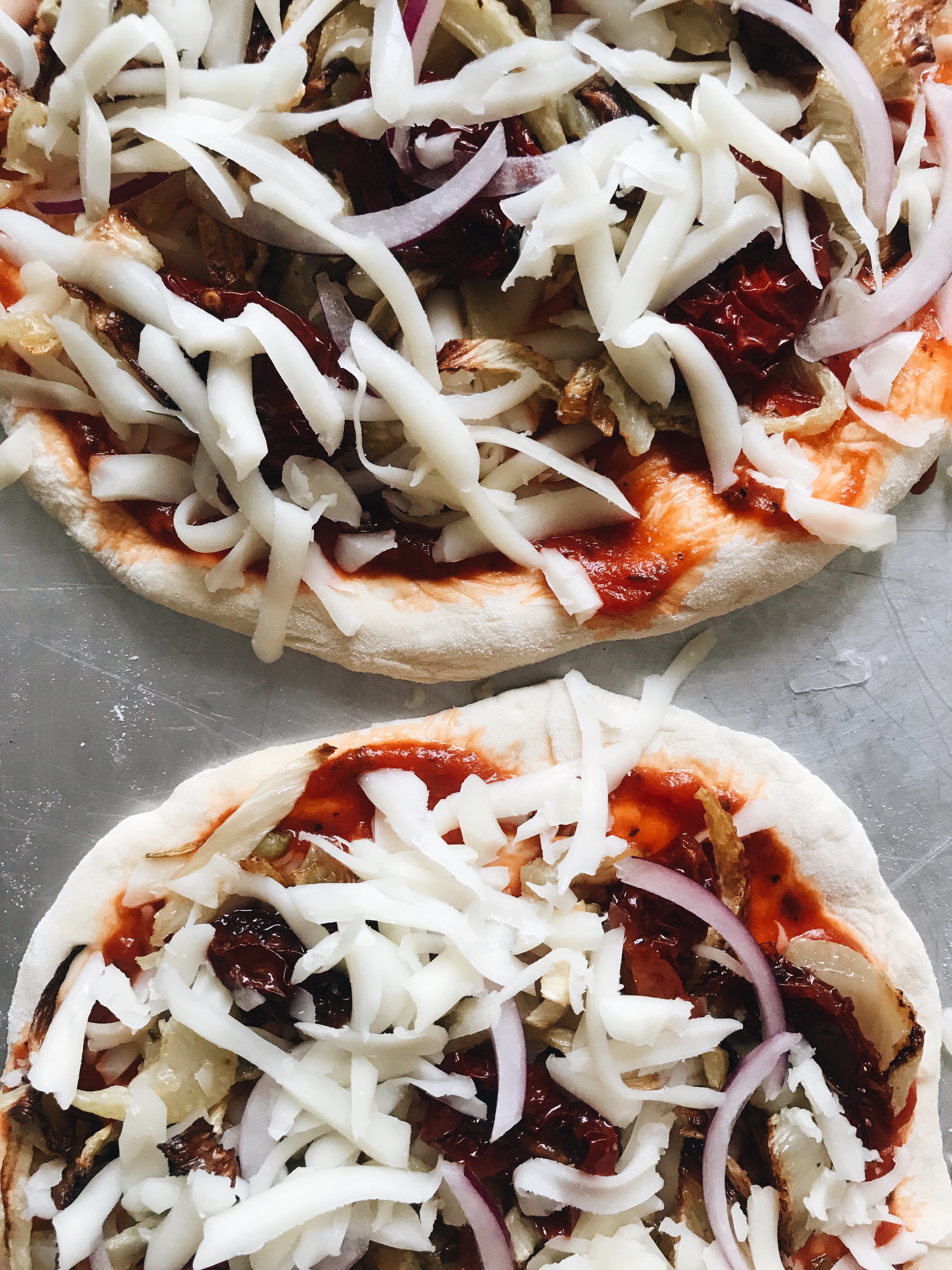 Also, I COMPLETELY forgot to get a photo of the roasted fennel which is the whole dern POINT. The reason is, though, and you’ll forgive me, right at the moment that the glorious roasted fennel came out of the oven, a wild turkey eagle ostrich FLEW through my kitchen sink window, shattering glass everywhere and causing a complete ruckus in the kitchen. Feathers were flying, children were crying, I was losing my ish.

You believe me, right?

Of course do you.

Throw the pizzas in. 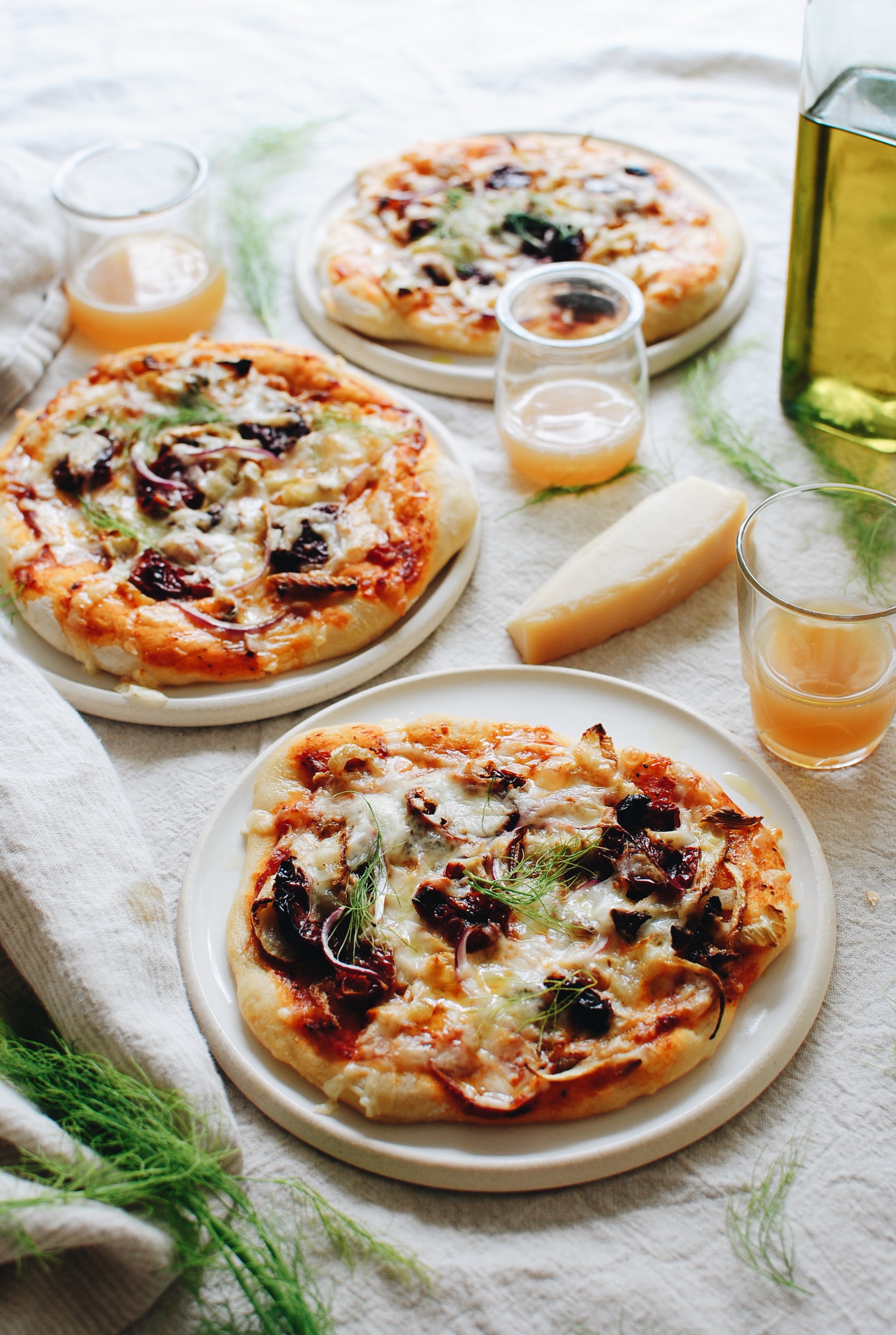 I so dig lil’ pizzas like this. I made them smaller with the full intention of serving them with a pretty green salad, for balance and portion control. And then nixed the salad and ate six pizzas. 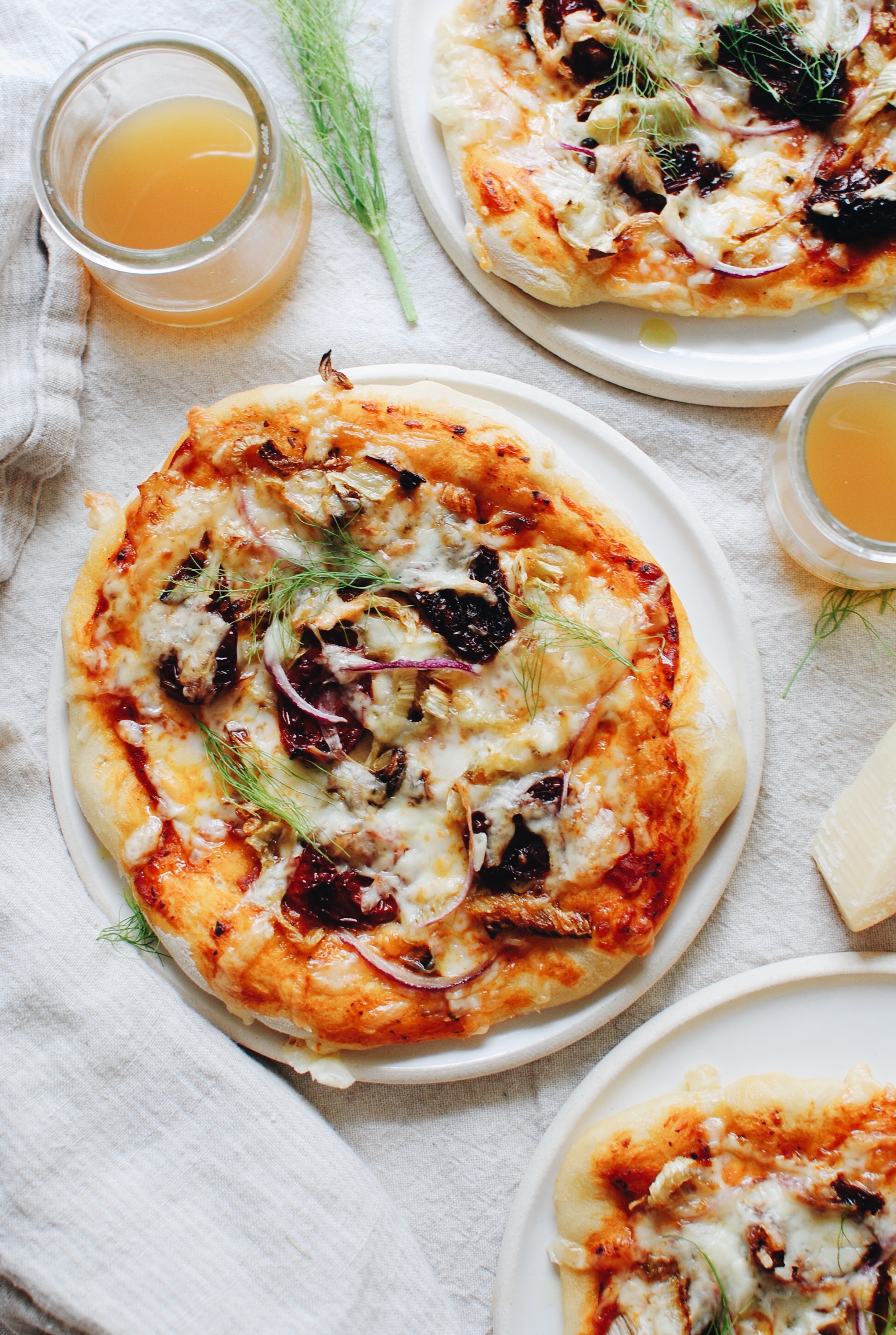 And the thing IS, you can personalize each one, if your kid doesn’t like the good things in life, like roasted fennel and sundried tomatoes. But those two flavors together, my laaaaands. Depth meets zing.

Make theeeese! If you buy pizza dough, you’re still a good person. My mound made six personal pizzas, so maybe buy two little mounds at the store. But I’m telling you, making your own is AY-SAY and super flavorful, so try it!

Just don’t let any turkey eagle ostriches near it. 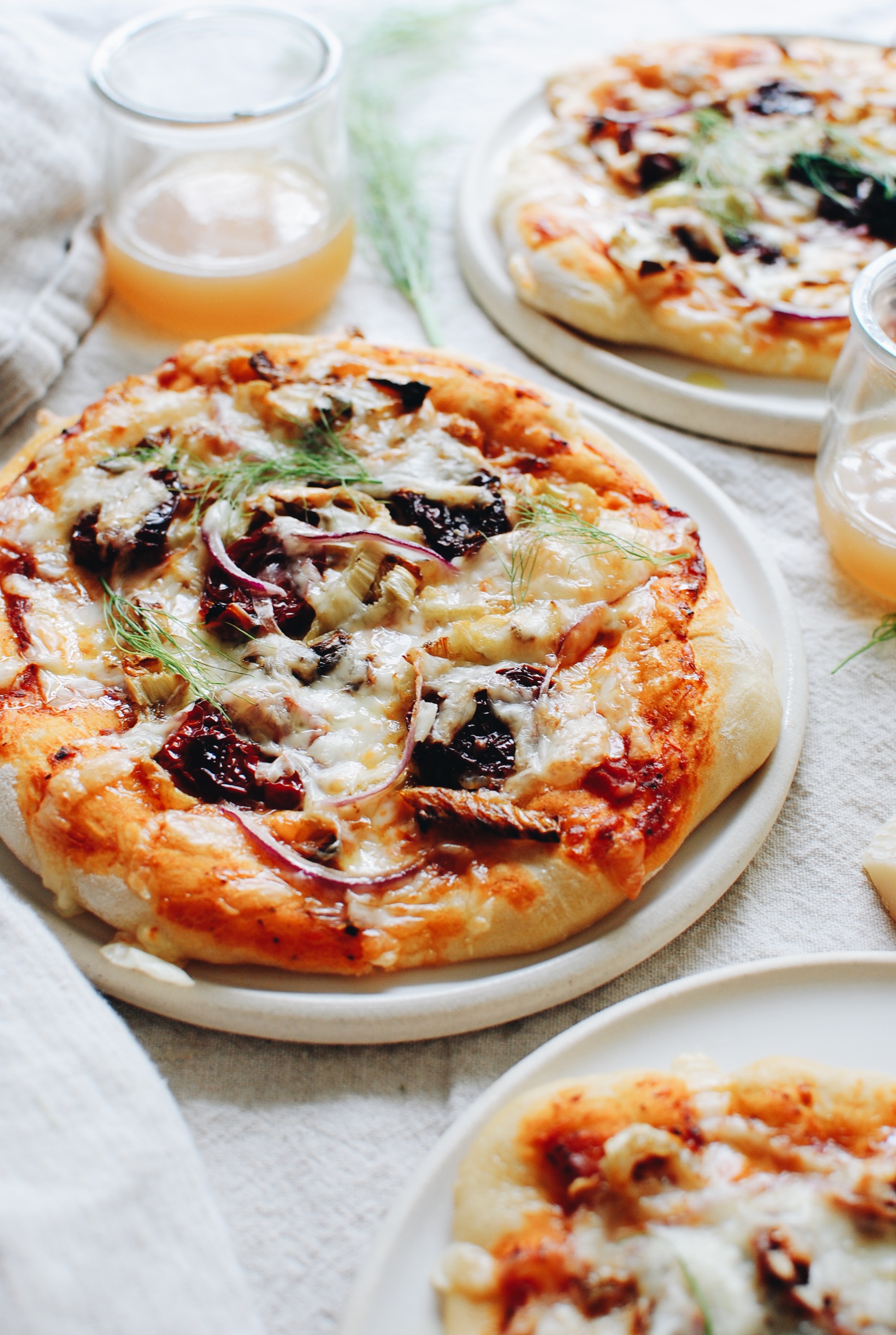 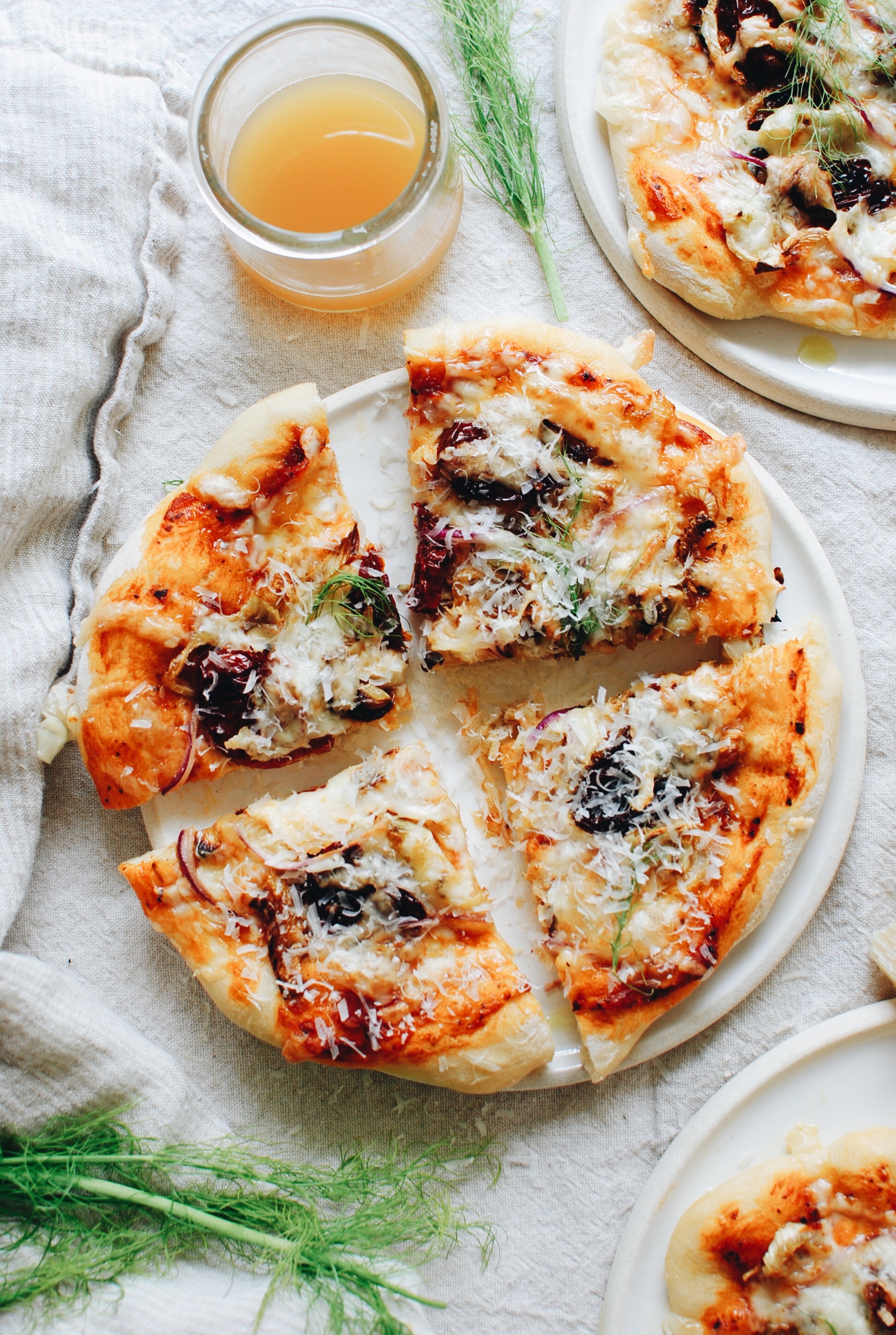